15 Crazy Food Secrets That Will Blow Your Mind

How much do you really know about your favorite foods?

Sure, you know how to roast a chicken and how to make the best chocolate chip cookies from scratch. But how much do you know about the food itself?

If you spent your childhood wondering whether you can really grow a watermelon plant inside you by eating the seeds, or why McDonald's fries started tasting different, you'll want to read these food facts. It's always good to know more about what you're eating—and you can always whip these fun facts out on your next Zoom call.

We'll start off with an easy one! In 1990, McDonald's announced that it would start cooking its fries in vegetable oil, rather than in beef tallow. That's great news for vegetarians and those looking to consume fewer animal fats, but many fans will tell you they prefer the taste of the old fries.

And the chain changed its apple pie recipe, too.

Remember the gooey, crispy McDonald's apple pies of yore? In 2018, McDonald's changed its apple pie recipe to make the treat "healthier," taking out the high-fructose corn syrup and swapping in a lattice top.

Your olive oil could be a lie.

As your foodie friends may love to discuss, many olive oils labeled extra-virgin and sold in the United States might be stretching the truth. Those oils could be diluted with other types of oil, or they could be mixed with non-virgin olive oil. If the price seems too good to be true, it probably is.

The invention of the teabag was a happy accident.

Yes, it's better for the environment to use a tea infuser, but there's no denying the convenience of teabags. But it turns out, their invention was a surprise even to the inventor himself! According to the UK Tea and Infusions Association, teamaker Thomas Sullivan used mesh bags to send samples of his loose-leaf tea to customers. He meant for them to put the tea into infusers, but they put the bags right into their teapots.

That tuna might be another type of fish in disguise.

A 2013 Oceana report found that more than a third of fish samples taken at restaurants included fish that were mislabeled as other seafood types. Cheaper fish were labeled red snapper, even though they weren't actually snapper. And other cheap fish are also marketed as tuna, even when they aren't really tuna at all.

As the New York Times explains, eating spicy food is pleasurable and painful at the same time—and that's not an experience animals want when eating wild plants. For humans, though, there's something special about the kick that comes with hot sauce or chili peppers.

When you were younger, did your parents tell you that green, orange, yellow, and red bell peppers were all the same vegetable, at different ripeness levels? It's easy to believe, but it's not actually true. As Insider explains, different types of seeds will grow into different colored peppers. The one exception? While some green peppers are fully ripe, others will ripen into red peppers. But that's not always the case, so don't buy green peppers at the store in the hopes of seeing a rainbow of transformation.

Nutella is a classic topping for toast, waffles, and other baked goods. But originally, it was a resourceful invention that came during wartime rations. As Nutella explains on its website, pastry maker Pietro Ferrero mixed hazelnut paste into chocolate because cocoa was rare at the time. Like the invention of teabags, Nutella was a happy accident that stuck.

The inventor of the Pringles can was buried in one.

Morbid or genius? Fredric Baur invented the Pringles can in 1966. And in 2008, his ashes were buried inside one of the cans.

While wild salmon is naturally pink, farm-raised salmon tend to take on a white or gray hue. Farmers will add compounds to the fish's diet to make them look like their wild counterparts, making them more visually appealing to customers.

Ever wondered why oranges don't taste much like OJ, even the natural versions? Gizmodo did a deep dive, and it turns out that orange juice is made with flavor packs to keep it fresh for longer.

From Cheez-Its to saltines, crackers have a major factor in common: minuscule holes. This isn't a coincidence—the holes help steam escape, reducing the number of air bubbles in the snack.

Oysters may still be alive when you eat them.

Is there anything better than slurping down raw oysters on a breezy day? Well, next time you enjoy the shellfish, just know that raw oysters are still alive until you separate them from the shell and slurp them down. 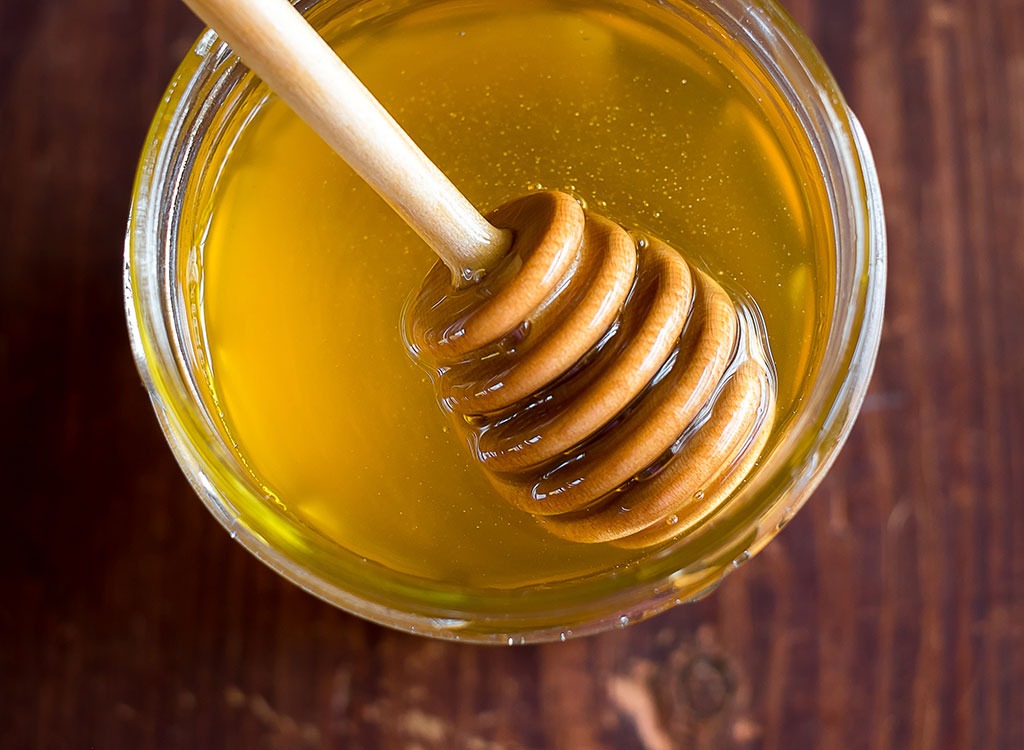 Despite what the label may say, honey never expires! So don't worry if the jar in your pantry seems old—it's totally OK to eat. If it's crystallized, try putting it in a bowl of warm water.

Eat This, Not That! Editors
Inspired by The New York Times best-selling book series, Eat This, Not That! is a brand that's comprised of an award-winning team of journalists and board-certified experts, doctors, nutritionists, chefs, personal trainers, and dietitians who work together to bring you accurate, timely, informative, and actionable content on food, nutrition, dieting, weight loss, health, wellness, and more. Read more
Filed Under
Tips