7 Foods Nutritionists Hate the Most

Nutritionists agree some foods have such powerful health benefits, we should make sure we're eating them as much as we can, as often as possible. Where nutritionists tend to part ways is on whether some foods are so appalling they belong in no one's diet, ever. For example,  Sovereign Laboratories' resident dietitian Alicia Galvin, RD, believes some foods are so bad for you that calling them "food" just seems "wrong and misleading."

On the other hand, Cassie Christopher, RD, believes vilifying any food supports an all-or-nothing attitude that will lead to diet failure because the moment you make a "bad" food decision (and it's inevitable that you will) you'll be tempted to throw up your hands and abandon your healthy eating plans altogether.

Then there's Amy Goodson, MS, RD, CSSD, LD, who believes all foods have a place in a healthy diet so long as you adhere to what Goodson calls the "80-20 rule" (which lets you indulge in "bad" foods, provided at least 80% of your diet comes from foods like these).

Funnily enough, almost every nutritionist we polled has at least one food they consider "unworthy" of the "food" moniker. Read on to find out what those foods are.

For more, check out The One Vitamin Doctors Are Urging Everyone to Take Right Now.

Any food where sugar is among the first few ingredients 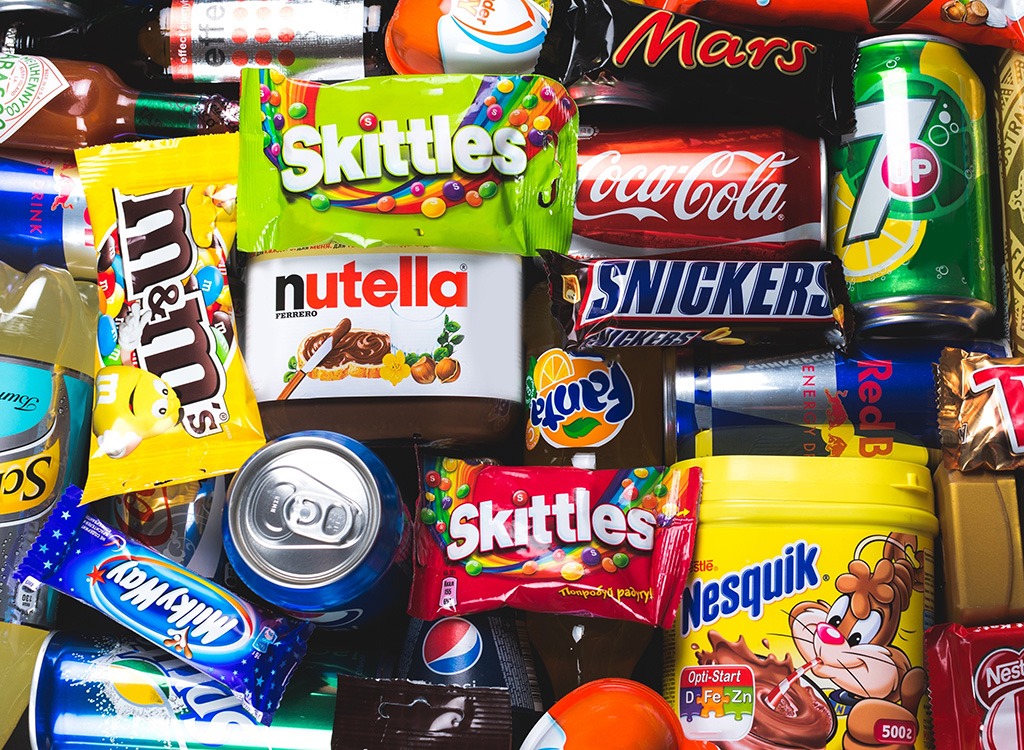 Board-certified holistic nutritionist Melissa Kathryn subscribes to the notion that some foods are, in fact, bad. And number one on Kathryn's "bad" list is added sugar. "Consuming large amounts of sugar has been linked to obesity, heart disease, type 2 diabetes, chronic inflammation, and mental health issues," she pointed out to Eat This, Not That!.

But what makes sugar even worse than other foods linked with those same conditions is that it is addictive. "It's so addictive that in my opinion, it should be regulated by the FDA." Instead, sugar is routinely added to so-called "healthy" foods, and often under "aliases" such as:

If any form of added sugar is among the first ingredients you see on a nutrition label, or if you see several "sugar aliases" on a single label, your body will thank you for just saying "no." To get you psyched, here are 13 things you'll see happen to your body when you stop eating foods with added sugar.

To get all the latest food and nutrition news delivered to your inbox daily, be sure to sign up for our newsletter.

Any and all soda

Goodson tries to emphasize to her clients that if they love a particular food enough, they should go ahead and include it in their diet, as long as they follow the 80-20 rule discussed above. At the same time, however, Goodson specifically name-checked soda as being one "food" that is utterly without nutritional merit. Here are 3o disturbing facts about soda that just might put you off it forever.

Galvin also reviles soda, but she's especially turned off by those that come in bright colors. Not only are they loaded with sugar or chemical sugar-substitutes, both of which are linked to metabolic issues, but also, they get their garish hues from artificial coloring, which Galvin says have long been suspected of causing neurological issues.

Here are 108 sodas ranked by how toxic they are.

Foods labeled "healthy" for no reason at all 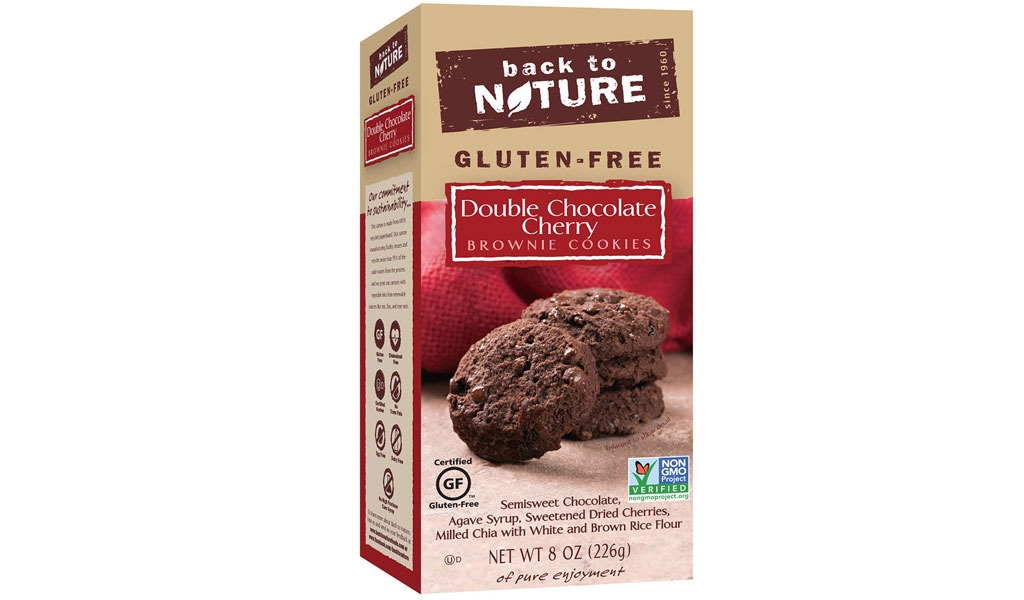 While registered dietitian Elisa Bremner subscribes to the "no bad foods" school of thought, she can't help but shake her head when she comes across "halo labeling." Foods with labels like "natural" and "made with whole grains" seriously irk her ("I'm looking at you, Honey Smacks!"). And just because a food is "gluten-free" or "organic," doesn't mean it's healthy.

Bottom line: If it's junk food, it's junk food, no matter what adjectives you stick in front of the word "cookie" or "breakfast cereal." Read on as 21 more nutritionists confess their food pet peeves.6254a4d1642c605c54bf1cab17d50f1e

It's well-established that as addictive as it may be, coffee offers genuine health benefits. In fact, here are 8 evidence-backed reasons your body should be thanking you for sipping on your morning joe. So, why would you undo all that good by adding flavored coffee creamer? That's what registered dietitian Gina Consalvo would like to know.

Coffee creamers are filled with fake ingredients that do more harm than the flavor could ever be worth, she told us. We're talking trans fats, artificial sweeteners, carrageenan, and artificial coloring, and over time, you might be looking at dangerously elevated LDL cholesterol levels, and an increased risk of cardiovascular disease.

What does Consalvo put in her own coffee? "Half and half. It's just milk and cream," she explains. Here's a full roundup of the 20 foods nutritionists would never put in their own mouths.

Who doesn't like potato chips, right? The problem with potato chips (which despite being made with potatoes, have negligible fiber content) is that what makes them so appealing is precisely what makes them bad for you, according to Jagdish Khubchandani, Ph.D., MPH, professor of public health at New Mexico State University.

"The crispiness, the sound, the combination of fat and salt . . . all of these combine to stimulate the addiction center of the brain by providing feelings of pleasure," Dr. Khuchandani pointed out. In fact, studies leave no doubt that potato chips are flat-out addictive. Here are the absolute worst potato chips on the planet for your health. But if you're going to splurge on potato chips, at least splurge on the best-tasting ones.

Trista Best, RD, Balance One's nutritionist consultant, has a bone to pick with Nestlé Hot Pockets. These conveniently packaged, relatively tasty, pockets are packed with fat, sodium, processed meats, and processed cheeses. Once consumers started realizing these were the worst "things" (not food, things) you could put in your mouth, the brand expanded to include Lean Pockets.

But here's the dirty little secret about Lean Pockets. "Most have essentially the same nutrition content as Hot Pockets, and some are actually worse off," Best told Eat This, Not That!. "For example, the sausage, egg, and cheese lean pocket has 280 calories, whereas the Hot Pocket version has 260." In addition, the fat content is the same (8 grams). Although the Lean version has one less gram of saturated fat, it still has a full 3.5 grams. And let's not forget that the Lean version also has significantly more carbohydrates (41 grams versus 37 grams in the Hot version).

The bottom line: there's nothing redeemable about these frozen fat bombs. Is it any wonder Lean Pockets made our list of the 100 worst frozen foods in America?

Of course we were excited when Pop-tarts came out with their pretzel flavors. But that doesn't mean we think they're doing us any favors when we indulge in them. And, indeed, they are not, according to Nicole M. Avena, Ph.D., assistant professor of neuroscience at Mount Sinai School of Medicine.

Pop-tarts taste as good as they do because they've been engineered that way—all that sugar, high fructose corn syrup, fat, and sodium make for a delicious treat that lights up our pleasure center and makes us come back for more. And more. Even their packaging stacks the deck against you: with two in a packet, what are the odds you're going to eat just one, especially since the packet isn't even resealable? Here are the 17 most addictive foods on the planet. And guess which toaster pastry is among them?

That's right. Pop-tarts. So if you feel you must indulge in a toaster pastry, you'd be better off going with a Smart Tart.

And remember: just because you ate it as a kid doesn't make it right to eat it now (or even right to have eaten it then). Here are the 15 worst childhood foods you probably grew up eating.

And for more, check out these 100 Unhealthiest Foods on the Planet.

Lauren Cahn
Lauren Cahn is a food, health, and culture writer whose work has appeared online and in print for Reader's Digest as well as Health Digest, Huffington Post, Taste of Home, and others. Read more about Lauren
Filed Under
Food & Nutrition // Foods To Avoid // News