15 Foods That Can Cause Congestion

What you nosh on could be the culprit fueling your congestion.

Feeling congested is a frustrating experience—you can't breathe comfortably through your nose or your throat feels like there's a thick coating of something you can't wash down. Sure, you can blame allergies or that pesky seasonal cold—but if you find yourself congested sporadically or even routinely, you may be consuming foods that cause congestion. "If your body is irritated or doesn't like a substance, it will make more mucus in an attempt to get that substance further away from irritating the cell lining," says Dr. Huml, certified clinical nutritionist.

Certain foods affect more people than others, and it all depends on how your body reacts to them. Even if you don't have a diagnosed lactose intolerance, it's worth taking note of how your body responds to the following foods that are more likely than others to cause congestion. And if allergies are a whole other issue and have got you feeling sluggish, read up on 33 Foods That Make Your Allergies Worse.

"Sugar is very inflammatory, so the production of the mucus is usually because your body got irritated," says Dr. Huml. "It's the inflammation that prompts the body to make more mucus." If you have a tiny bit of sugar, you're not going to feel these effects as prominently; but if you're sensitive to sugar and eat plenty of it, you could feel a little stuffy. And FYI, refined sugars are one of the 14 Foods That Cause Inflammation and Are Making You Fat.

Did that delicious-but-spicy taco just make your nose run minutes later? You can thank histamine for that because spicy foods create more histamine in your body—adding to what's already an increased amount if you have any allergies. Histamine is an inflammatory compound produced by cells when your body is undergoing an allergic reaction. It's the thing that causes the tissue in your nose to both run and swell (which makes it stuffy). Love spicy food but need a break from the runny nose? Try our #1 Trick to Neutralize Spicy Food.

It's common for dairy to thicken your mucus temporarily. The result? This thicker mucus takes longer to travel out of your body, which causes the allergens to stay in your system. And while not all dairy causes excessive mucus production, studies have found that whole milk has been shown to not only thicken mucus but stimulate the production of it, too. If you're tired of mucus buildup but don't want to give up your cereal habit, check out our Guide to Every Dairy-Free Milk Substitute.6254a4d1642c605c54bf1cab17d50f1e 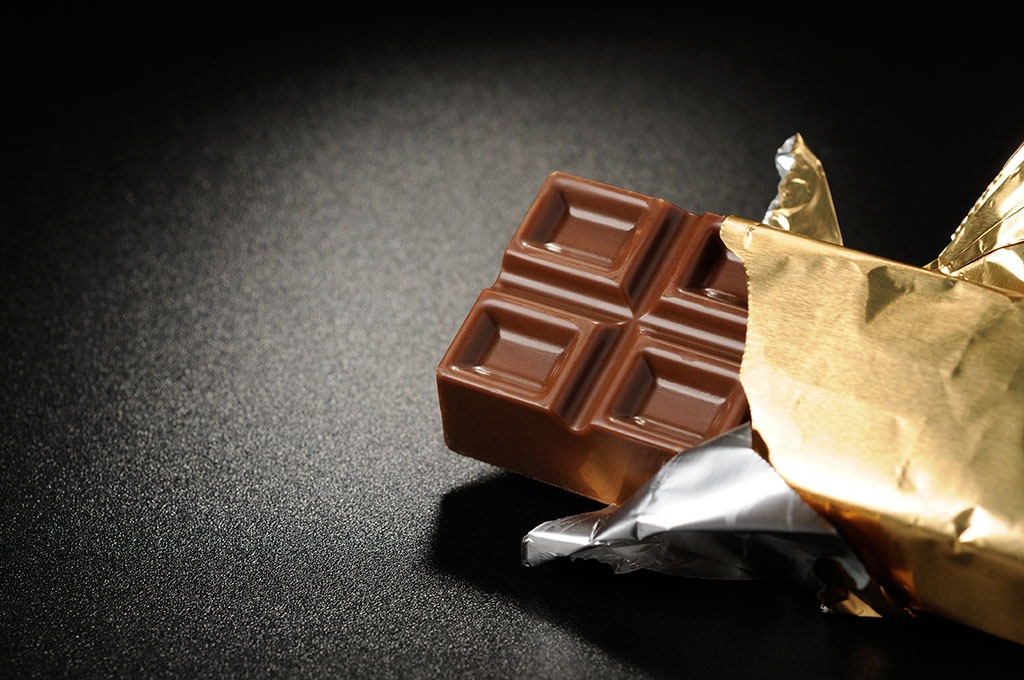 Foods like chocolate contain refined sugar which can increase yeast in your body that can cause an overgrowth in bacteria, and that cause nasal congestion says Rene Ficek, Registered Dietitian. And then there's the dairy factor, too.

While tomatoes are mostly known to be anti-inflammatory, it could make your allergies worse in some cases. This juicy produce can trigger an increase in histamine levels, thus promoting mucus production. Also, tomatoes have high acidity so they can be a hassle for those suffering from acid reflux—acid traveling to your throat could make it swollen and have mucus stick to it. Find out the 28 Best and Worst Foods for Acid Reflux because many of them go hand-in-hand with your congestion problems.

Sorry, cheese lovers. Eating this dairy product is begging for trouble if you have congestion issues, whether temporary or long-term. 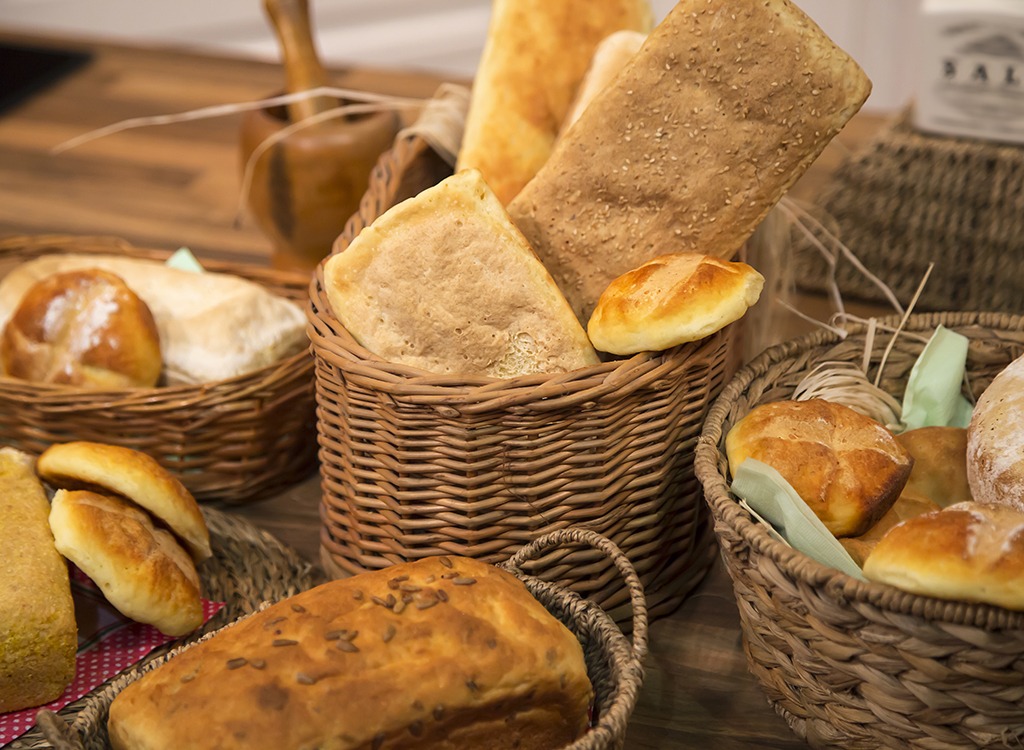 Those with a gluten sensitivity will notice that eliminating that molecule will clear things up quite a bit. One of the biggest gluten culprits is wheat; and like many things on this list, if something inflames your body, mucus will likely be one of the results. Not sure what to think about gluten or curious to learn more? Start with these 35 Gluten-Free Questions—Answered in Five Words or Less!

We hate to be the bearer of bad news, but your Sauvignon Blanc could be what's triggering your sinuses. "Sugar and alcohol are the most pro-inflammatory foods we consume," says Dr. Huml. Wine contains a natural histamine that can cause your nasal tissues to swell, causing that irritating stuffiness. Meanwhile, most beers have gluten and other go-to spirits (like whiskey) cause problems for people even though the gluten is supposedly removed in the distillation process.

The benefits of bananas are absolutely incredible, but bananas can be a congestion nightmare for some people. The yellow fruit can prompt a release of histamine—which can mean your body is once again working overtime to attack the unwelcome visitors to your body.

Meanwhile, strawberries and papaya are histamine-releasers that can cause congestion, too. From your nose and to your other sinus areas, the histamine-powered mucus can cause quite a bit of discomfort in some people.

Adding to the list: Oranges have been known to possess proteins that mimic grass pollen, which can exacerbate allergy symptoms even more in the late spring. Sad news for such sweet treats.

Much like milk, ice cream also contains casein, which can cause nasal congestion. Learn more about What Happens to Your Body When You Eat an Entire Pint of Ice Cream, whether or not you're sensitive to dairy! It's eye-opening to say the least!

Nuts are notorious for causing some serious allergic reactions, and could also be bad news for your sinuses. While many people only reap the benefits of nuts and don't have any adverse effects, others have bodies that panic and go into overdrive with histamine and working overtime to get rid of it. 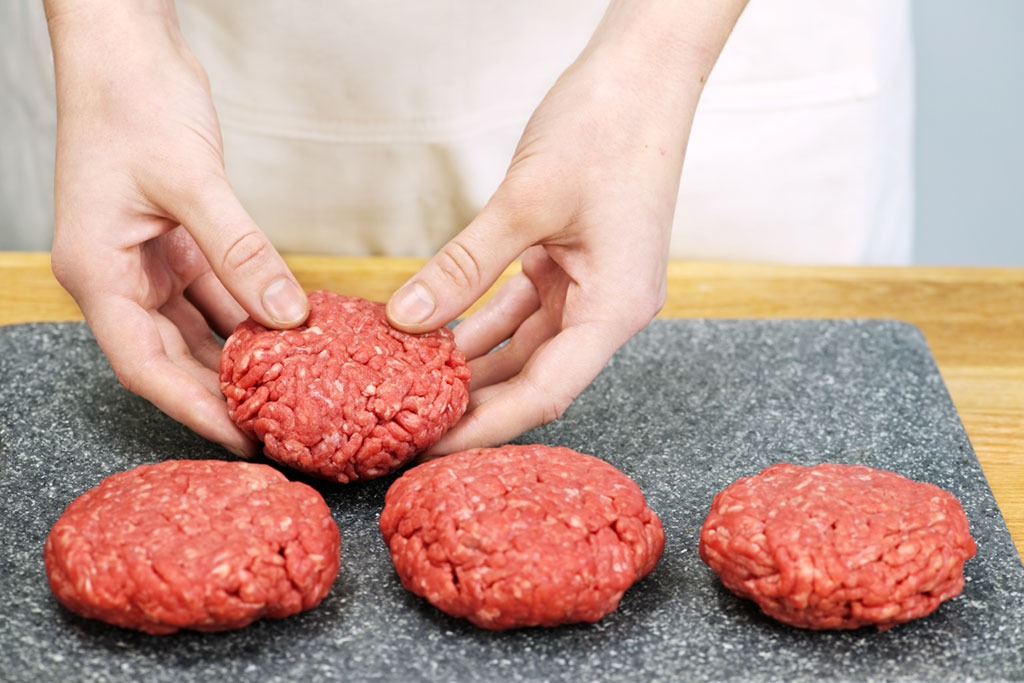 Red meat is another culprit of your stuffier-than-usual nose. Its high protein can cause excessive mucus buildup in your system, making your sinuses go crazy.

Tuna, specifically, is one that's high in inflammation-causing histamines, which can cause nasal passages to swell. Assess how your nose, throat, and breathing feel when you eat fish—but only after you first make sure you're eating the right kind, with the help of our report on 40+ Popular Types of Fish—Ranked for Nutrition. 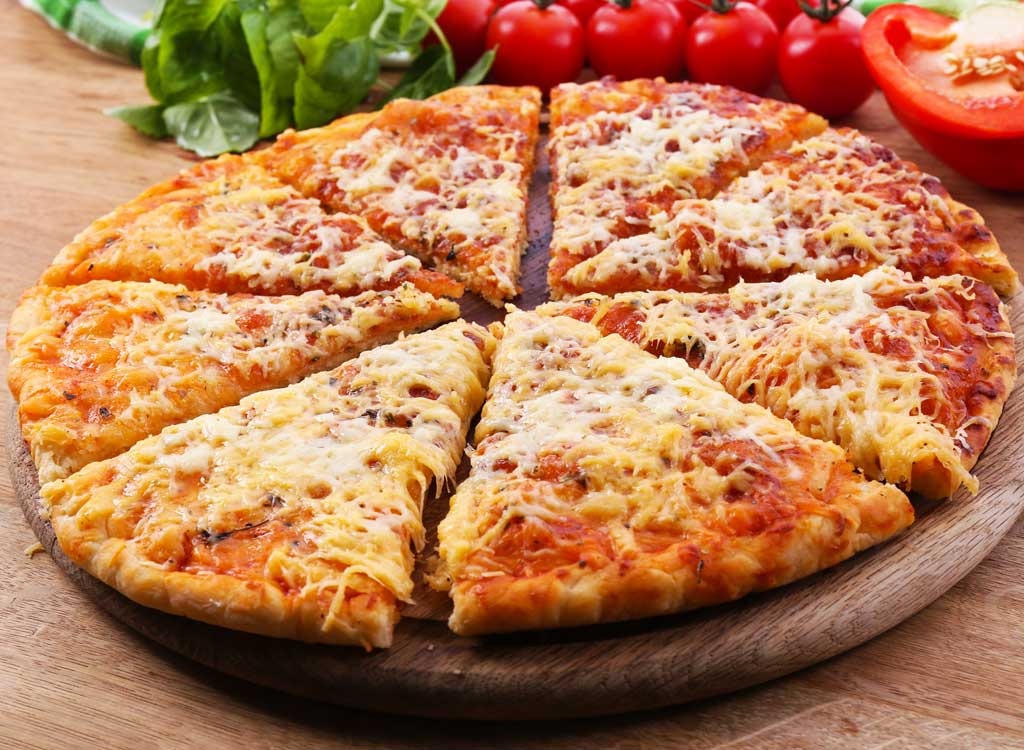 If your body is more sensitive to certain foods and you're prone to congestion, pizza is like the trifecta of bad guys: Dairy from the cheese, gluten from the crust, and tomatoes from the sauce. The good news? If you feel awful eating a slice, you could be a step closer to knowing that what you eat is making you sniffle. The bad news? You'll need to see which of the ingredients is causing you the biggest problems. But like anything on this list, it's up to you to take careful note of how your body reacts after you eat a donut, chug a beer, or even have a handful of nuts. By scaling back on some of your favorite foods, it might actually help you breathe easier. And you can always replace the missing foods with new favorite health foods—check out the 57 Healthiest Foods on the Planet for some ideas!