Stop! Put down the bread, and step away from the toaster. It's time to make a change to your morning meal—one that practically guarantees you'll lose weight.

In a recent study of overweight young adults, those who ate a breakfast comprised of 350 calories and 35 grams of protein (about what you'd find in six eggs), consumed 26 percent fewer calories at lunch than their counterparts who consumed a calorically identical meal with less protein. What makes protein so filling? As it digests, levels of the gut hormone peptide YY increase, sending a signal to the brain that you've eaten your fill. Protein also slows down the absorption of carbohydrates, which helps keep blood sugar levels even keeled. Not only does this reduce hunger, it wards off fat storage, improving overall body composition.

Though getting 35 grams of protein can be tough, it is possible—and you can still reap many of the same weight loss benefits by hitting the 25-gram mark. Read on to discover six mouthwatering meals that deliver exactly what your body needs for breakfast: 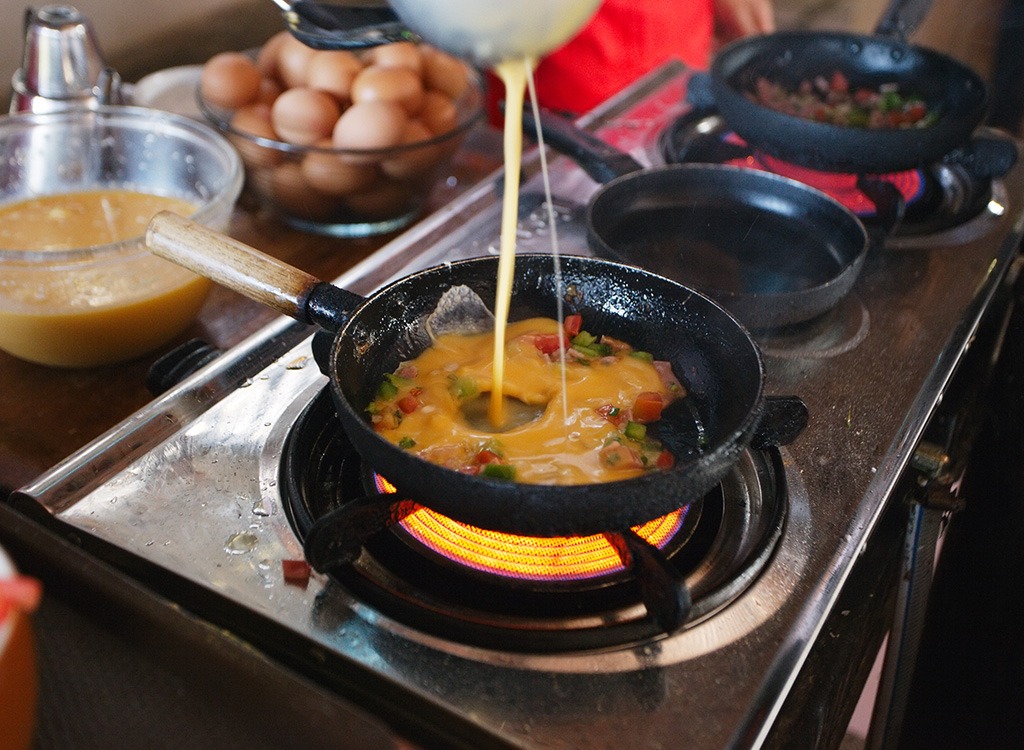 Crack and whisk two eggs and cook in a pan or skillet. When the surface of the eggs begin to thicken and no visible liquid remains, add 3 tablespoons black beans, two ounces of pre-grilled chicken and ½ cup of spinach. Fold the omelet in half and allow it to finish cooking. Serve immediately with a small scoop of salsa.

To reap the most flab-incinerating benefits, be sure to consume the entire egg—not just the whites. The yellow is filled with choline, a nutrient that been proven to reduce body fat and BMI. To discover additional ways to scorch away your belly, check out these 10 Daily Habits that Blast Belly Fat!

In a bowl, combine 7-ounces of Fage 2% Yogurt, with half a chopped apple and an ounce of chopped walnuts. Top the parfait with a dusting of cinnamon (one of the Healthiest Spices on the Planet) and a drizzle of honey. 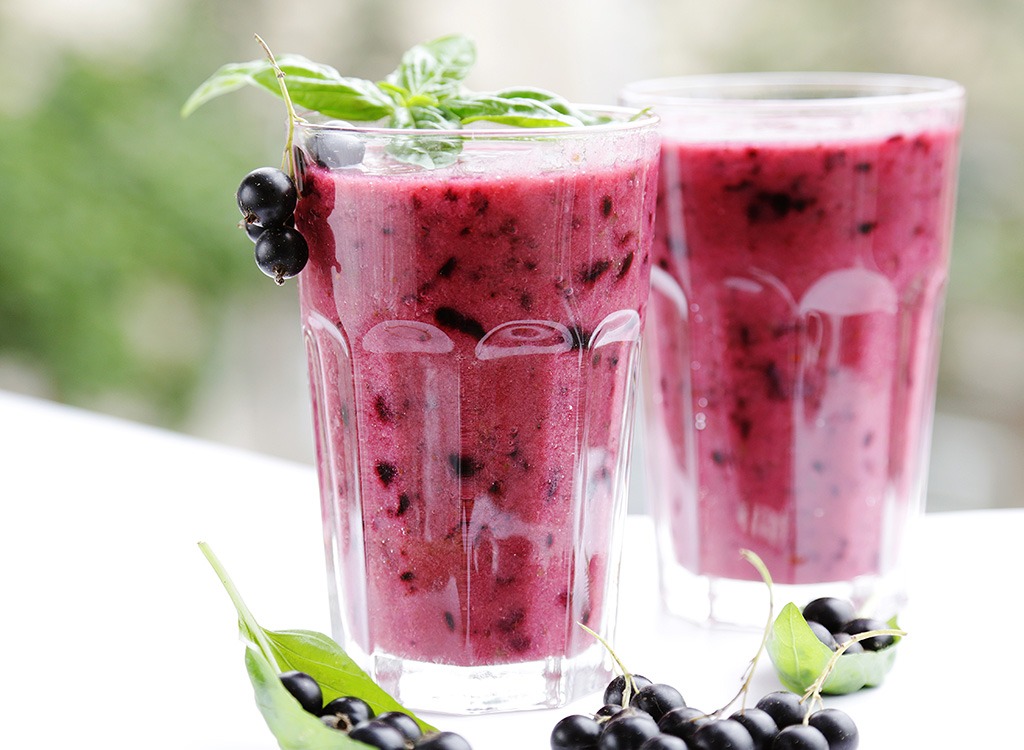 Don't be scared off by this shake's high sugar count—nearly all of the sweet stuff is coming from the berries, a fruit that's filled with fat-blocking chemicals called polyphenols. Here's how to prepare the drink: In a blender, combine 12-ounces of water with a cup of spinach, two cups of frozen berries, a half-cup of plain low-fat yogurt and a scoop of protein powder. Combine until smooth.

No time to whip out the blender? Stock up on some of these Grab and Go Protein Shakes, so you'll always have something slimming to sip in a pinch. 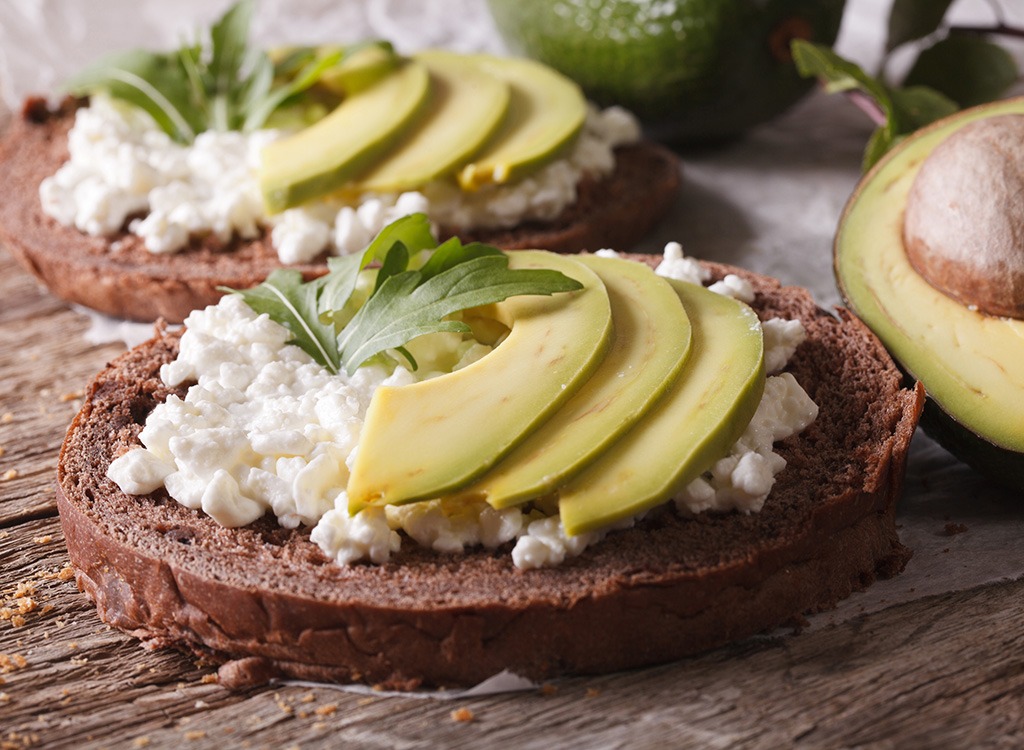 We told you earlier that toast was a no go, but this isn't your typical bread-based breakfast. Made with protein-filled sprouted grain bread and cottage cheese, this meal provides as much of the muscle-builder as nearly four cups of milk! To prepare this savory dish, lay two bread slices out on a plate, top each one with a quarter-cup of cottage cheese, and sprinkle with pepper. Top the cheese with a few slices of tomato and avocado (about a quarter of the fruit), then season with another dusting of pepper.

If you're typically not too hungry for breakfast, a bento box is a great option. Since everything is meant eaten cold, it allows you to slowly pick and graze throughout the morning, as small bouts of hunger strike. Simply pack up two hard boiled eggs, a string cheese (one of these 50 Best Snacks for Weight Loss), an ounce of almonds and a half-cup of grapes to hit the nutritional mark.

Not a fan of almonds? No problem! All nuts are a great source of protein and they each provide different health benefits and fat-fighting properties. Check out these other healthy nut varieties to find a suitable swap.

Skip the pumpkin spice latte and whip up this filling fall-inspired smoothie instead. In a blender, combine 12-ounces of 1% milk with a scoop of vanilla protein powder, ¾ cup of pureed pumpkin, one tablespoon of walnuts and one teaspoon of cinnamon. Combine until smooth.