10 Foods That Give You Man Boobs

Guys, your over-the-shoulder-boulder-holder man boobs may be preventable.

What few people realize is that certain foods, called "estrogenics," actually act on men to "feminize" them by reducing their testosterone levels and boosting their estrogen. Save time at the gym battling the unwanted bulk by reconsidering these foods before your next meal. And bulk up "down there" with this essential guide to The 50 Best Foods for Your Penis!

According to the USDA's Pesticide Data Program, the average person is exposed to 10 to 13 different pesticides every day. Nine of the 10 most commonly used pesticides are "endocrine disruptors," meaning they play with our male/female hormones. One of the most estrogenic is 4-hexyl resorcinol, which is applied to shrimp to prevent them from discoloration. Other seafood with high pesticide loads: tilapia, eel, and farmed salmon.

Phthalates are plastic softeners that mimic estrogen. (The most common, BPA, was actually developed as an estrogen therapy, before scientists found it could help with packaged goods as well.) In a study of canned goods by the Environmental Working Group, canned chicken soup, infant formula, ravioli, beans, and tuna had the highest levels of BPA. Instead, make these soup recipes to blast fat, pesticide free.

Conventionally grown produce with edible skins, particularly berries, have among the highest levels of estrogen-mimicking pesticides. Other culprits: peaches, apples, cherries and kale. When choosing produce, look for organic whenever you're buying food with edible skins. Mix some into these high-protein overnight oats recipes.

Unlike the plastic wrap you use on your own leftovers, the stuff that wraps meat and cheese in the supermarket is usually made from PVC (polyvinyl chloride), which leaches into fatty foods and causes hormonal shifts. Instead, buy your meat right from the butcher, and have it wrapped in brown paper 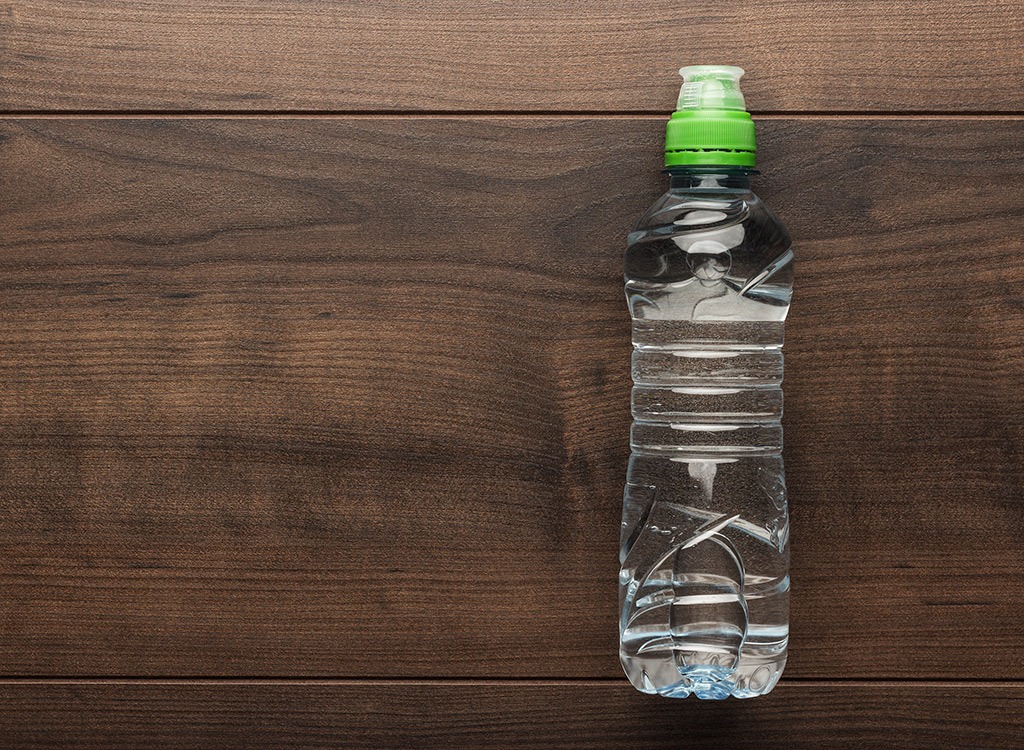 Check the bottom of your water bottle. What you don't want to see is a #7; that means your bottle is made out of polycarbonate. According to Harvard researchers, people's levels of BPA increased by nearly 70 percent after drinking out of #7 bottles for just one week. Make protein shakes instead.

Soy is a plant that contains plant estrogens, also called phytoestrogens. They mimic the same female hormone produced by women to cause the development of secondary sex characteristics, including breasts. High levels of soy are found in soy milk, edamame, tofu snacks and most vegetarian meat alternatives. Make sure you're also not falling prey to these bad habits that lead to belly fat!

What's more manly than pounding a couple of frosty brewskis? Actually quite a lot, once you consider that beer could be causing your increasingly bodacious ta-tas. All alcohol affects the liver's ability to get rid of excess estrogen. However, phytoestrogens are present in the hops used to make beer. What's more, severe drinking can cause liver damage, and because the liver is largely responsible for metabolizing hormones, a less-than-efficient one can convert androgens into estrogens, resulting in an exceedingly feminine chest. Not to mention, they lead to cheat meals, big time.6254a4d1642c605c54bf1cab17d50f1e 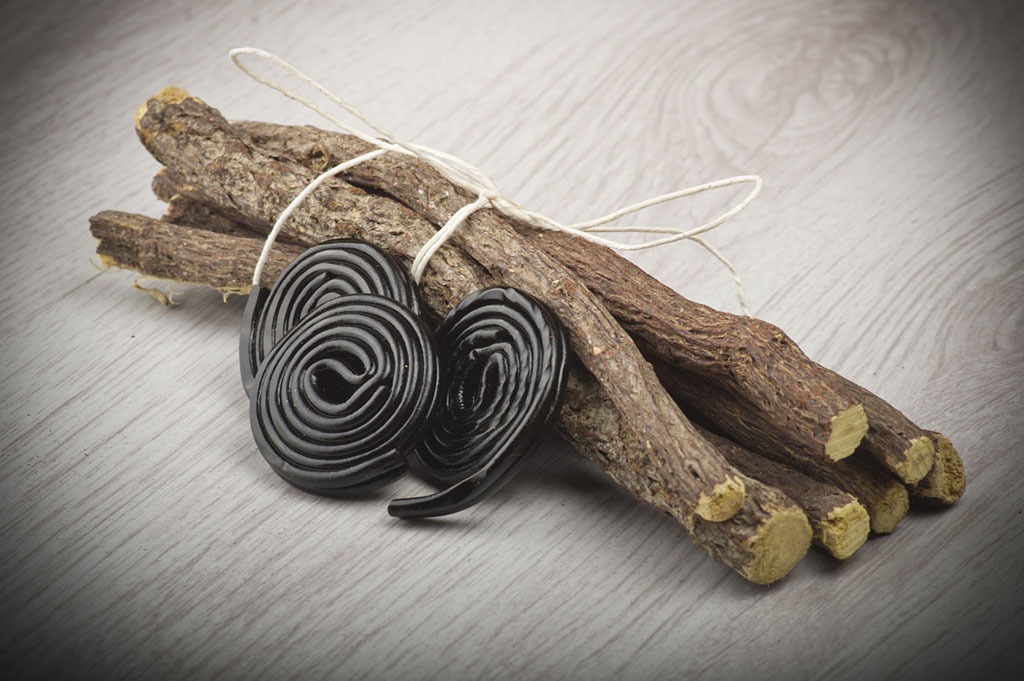 The main compound in licorice — glycyrrhizic acid, which gives licorice root its distinctive flavor — can suppress testosterone production. In one study, seven healthy male subjects were given 7g/day of licorice via commercially available candy tablets (containing 0.5 grams of glycyrrhizic acid). Four days into the study, the subjects' total testosterone levels had decreased by 35%. Man up instead using these essential weight loss tips from the world's fittest men!

Beets are delicious, nutritious, and just about the sweetest vegetable there is. Like many other root vegetables, they contain compounds to support healthy estrogen levels in your body. That's great when your testosterone levels aren't depleted, but if you have an existing hormonal imbalance, you could be exacerbating things by eating too many. Instead, have some potassium-packed bananas. 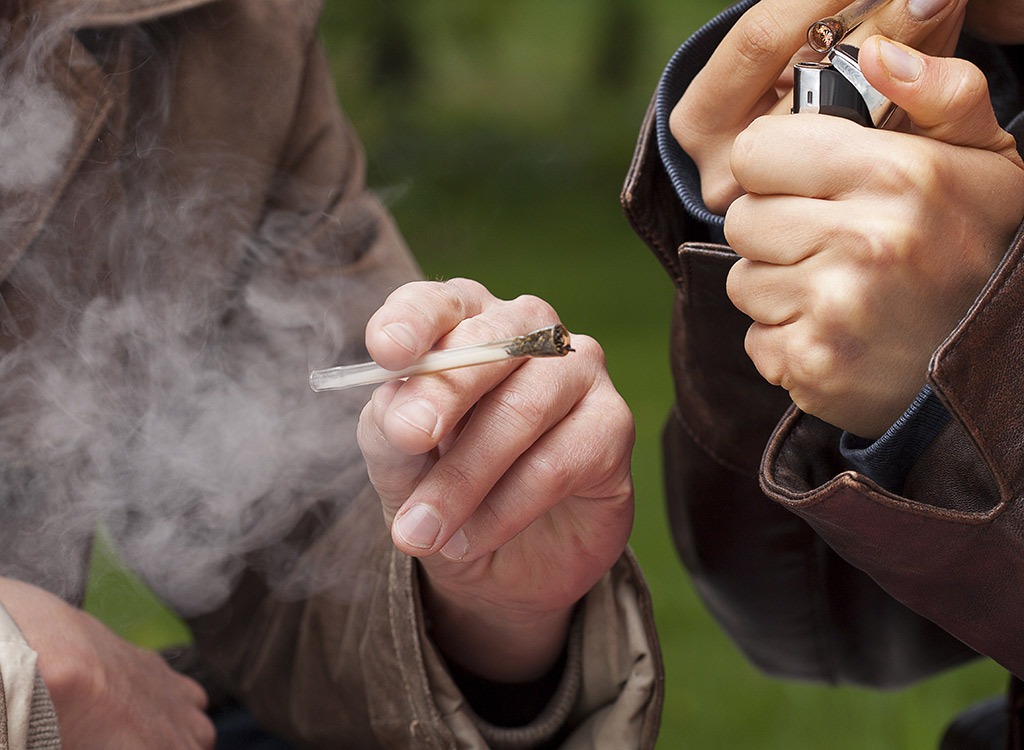 Marijuana is already legal in several states and could soon be legal from coast to coast. Many people like to add the drug to food, particularly baked goods. Whether you smoke it or eat it, weed can cause increased amounts of breast tissue in men, according to the National Institutes of Health. Studies suggest that, in addition to fueling long stories with no ending, marijuana depresses testosterone levels for up to 24 hours.

Eat This, Not That!
Inspired by The New York Times best-selling book series, Eat This, Not That! is a brand that's comprised of an award-winning team of journalists and board-certified experts, doctors, nutritionists, chefs, personal trainers, and dietitians who work together to bring you accurate, timely, informative, and actionable content on food, nutrition, dieting, weight loss, health, wellness, and more. Read more
Filed Under
Aging // Men