14 Best Diets For Weight Loss in 2021, According to Experts

These are the absolute best diets to follow to ensure pounds are dropped—and kept off.

It's officially 2021, which lends the opportunity to start the new year with a fresh slate. For you, this may involve setting new health goals.

If you're trying to shed some pounds this new year, you're in luck, because U.S. News released its rank of the best diets out there—specifically for weight loss. Analyzed by its team of expert panelists, these diets are geared toward helping you cut weight while also improving your overall health. Below, we've included the top 14, ties included! And after, don't miss 15 Underrated Weight Loss Tips That Actually Work.

Ranked from the best to the absolute best…

There are no bells and whistles with this diet, however, there are different versions of the plant-based lifestyle. For example, many opt for the lacto-ovo route, which involves ridding meat (beef, pork, poultry) and fish, but allows for eggs and dairy products. Lacto-vegetarians nix the eggs and ovo-vegetarians also remove dairy—making the lifestyle the closest to being vegan. Lauded for being heart-healthy and nutritionally sound, panelists largely docked the vegetarian diet points for how it can require a lot of work to follow and even weighed into their voting the fact that some people will miss eating meat. There are many health benefits to following a primarily plant-based diet.

For more, be sure to check out 103+ Best Healthy Vegetarian Recipes for Weight Loss.

The commercial weight loss diet may be effective for dropping pounds, however, as far as lifestyle goes, it likely isn't one you'll want to sustain. While the diet is applauded for its convenience—since it removes meal prep, shopping, and portion control from the equation as each meal and snack is prepackaged and delivered straight to your door—you may become tired of the microwave dinners. Focused primarily on calorie-restriction and built around glycemic index, the program is high in protein as well as complex carbs, including vegetables and whole grains.

Where the diet lost points? Eating out isn't factored into this program, and the diet itself lacks a diversity of foods as it largely consists of small, frozen meals. 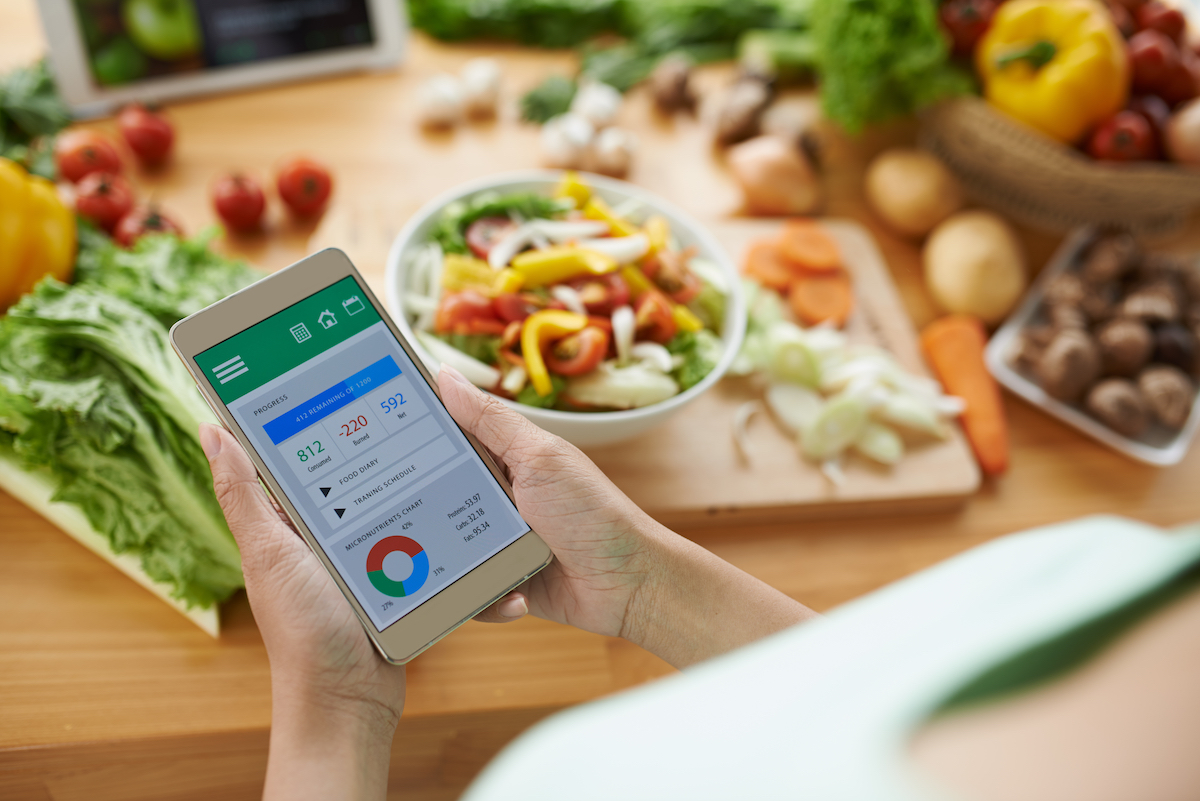 According to the U.S. News' team of expert panelists, the Noom Diet places in a four-way tie for 11th best diet overall. Described as the "Millennial diet," the Noom Diet requires you to log your meals and snacks as well as daily weight and track physical activity in the app on your Smartphone. The app is also filled with recipes, workout plans, and relevant articles. Health coaches are also available on the app to provide support, virtually. Aside from its digital platform, the key distinction with this diet plan is that it hones in on behavior change psychology and how that impacts what (and why) you're eating.

As is the case with all diets, Noom may not be effective for everyone. For example, as Cynthia Sass, MPH, RD told Health, while the virtual tracking may work perfectly for some, others may find it stressful and inconvenient. Not to mention, users may struggle with accountability as it's largely a self-guided program. The Noom Diet also lost points from the expert panelists for its lack of in-depth nutritional guidance and how it requires you to be "glued to your phone."

The other diet that ties for the 11th best weight loss diet of 2021 is the HMR Program, which stands for Health Management Resources. Developed by a behavioral psychologist, the diet is designed to help people reduce calories via meal replacements, such as low-calorie shakes, nutrition bars, multigrain hot cereal, and HMR-specific meals. These meal replacements are also supplemented with fresh fruits and vegetables. The HMR Program also calls for between 10 to 20 minutes of low-intensity exercise each day and is known to help people maintain significant weight loss. However, the diet lost points for its inability to include tips on eating out as well as the monotony of its shakes.

The Engine 2 Diet is described as vegan, but with a twist—it removes vegetable oils, refined grains, and shakes, and instead, only allows for whole, plant foods including whole grains, fruits, legumes, and vegetables. Low-fat and rich in plant sources, the diet is appreciated for its integration of whole foods, however, at the same time is regarded as overly-restrictive by some experts, making it difficult to maintain over time. It also calls for extensive meal planning and preparations.6254a4d1642c605c54bf1cab17d50f1e

Not only does the DASH Diet help to lower blood pressure, prevent and control diabetes, and support heart health, it's also a great weight-loss method. While tied for ninth place on the list of best diets for weight loss, it ties for second place (along with the Flexitarian Diet) on the Best Diets Overall list. DASH, which stands for a dietary approach to stop hypertension, is promoted by the National Heart, Lung, and Blood Institute to combat high blood pressure levels. This diet advises against foods riddled with saturated fat including certain cuts of red meat, full-fat dairy foods, and tropical oils such as coconut and palm. Followers also avoid eating high-in-sugar beverages and snacks. At first, they're instructed to cap sodium at 2,300 milligrams a day but then that number drops to just 1,500 milligrams a day.

While the Raw Food Diet is inherently a low-calorie diet, it can be extremely cumbersome to follow, which is why it doesn't rank higher. Advocates of the diet say that cooking destroys a majority of vitamins and immune-boosting nutrients found in plants, which is why some experts say it's better to eat these foods raw. However, it requires tedious meal prep and equipment (think dehydrator, food processors, and dehydrator) and it largely rules out any chances of eating out with friends. One expert from the panel said, "Doing it well involves considerable commitment and effort, knowledge, and sacrifice."

Low in fat, refined carbs, and animal protein, the diet is the perfect mold for those trying to achieve weight loss as well as lower their blood pressure and potentially cut their cancer risk. If you're trying to reverse heart disease, the Ornish Diet is your best bet as only 10% of daily calories can come from fat. Developed by a clinical professor of medicine at the University of California, San Francisco, the diet categorizes food into five groups ranging from the most to least healthful, which teaches those following it which foods to eat often, moderately, and those that should be avoided altogether. Aside from food, the diet also calls for a balance of aerobic activities, resistance training, and flexibility as well as breathing and meditation exercises for stress management.

The Mayo Clinic has it's very own food pyramid, which places emphasis on fruits, veggies, and whole grains. In just the first two weeks, this diet boasts that followers can expect to drop between six and 1o pounds, and then continue to lose one to two pounds every week following that until you've hit your goal weight. The diet is split in two phases: "Lose it!" and "Live it!" The first part, which is two weeks long, zeros in on 15 key habits, including both ones to incporporate or keep as well as ones you should break. Part two lends the opportunity to learn how many calories you should be eating to lose or maintain weight and also teaches you on where you should be sourcing calories from.

Garnering points for being easy to follow as well as being nutritionally complete, Jenny Craig receives praise for its prepackaged meals and recipes, which help followers manage their consumption of calories and fat, in addition to helping them learn portion control. Beyond healthy eating, the Jenny Craig Diet promotes an active lifestyle and even touches upon behavior modification. On its standard "Classic" program, you're expected to lose up to two pounds per week.

Jenny Craig largely lost points from panelists for being costly—the standard plan starts at $12.99 a day.

If you're not interested in following a structured diet, the Volumetrics Diet may be the most ideal eating plan for weight loss. In the "The Ultimate Volumetrics Diet" book, food is divided into four categories based on its energy density. Category one foods are considered "very low-density" which include nonstarchy fruits and vegetables (berries and kale), fat-free milk, broth-based soups. Category two includes low-density foods such as starchy fruits and vegetables (bananas and sweet potatoes), grains, cereal, legumes, and low-fat meat. Category three consists of medium-density foods such as meat, cheese, pizza, bread, ice cream, and cake. Finally, category four (high-density) contains foods that you should eat very minimally including crackers, chips, cookies, nuts, and butter just to name a few.

Categories one and two will comprise the majority of your diet, while category three foods you'll be able to eat moderately. There is no strict regimen with this diet, you get out of if what you put in.

Also tying for the third-best diet for weight loss is the vegan diet. Again, there is no structure with this type of diet—the objective is to remove all animal sources from your diet, which includes margarine made with whey and anything with gelatin. It comes as no surprise why this diet would be beneficial for weight loss, as it primarily comprises of fruits, vegetables, whole grains, nuts, and legumes—all of which are low in saturated fat. The one pitfall of this diet is that you could be susceptible to missing out on key vitamins and minerals, namely vitamin B-12 and iron. Make sure to take the proper supplements to ensure you don't become at risk of deficiency.

Tying for first place is the WW Diet, formerly known as Weight Watchers. This program allows you to eat what you want when you want, which makes it one of the easier, low-stress plans to follow. Each food and beverage is assigned a point value based on its nutritional value. Followers are then instructed to not go over a certain allotment of points each day. The one downside to this popular diet is that it can be costly depending on which perks you decide to invest in.

The absolute best diet for weight loss is the Flexitarian Diet, which just means flexible vegetarian. On this plan, you don't have to completely cut meat from your diet, but rather enjoy it when the craving hits. Registered dietitian Dawn Jackson Blatner coined the term in her 2009 book "The Flexitarian Diet: The Mostly Vegetarian Way to Lose Weight, Be Healthier, Prevent Disease and Add Years to Your Life." The book details a five-week meal plan based on a three-four-five regimen. This means that breakfast choices clock in at 300 calories, lunches at 400, and dinners at 500. Snacks are 150 calories each and your allowed to have two each day—making for a total of 1,500 calories daily. Of course, those who lead more active lifestyles are encouraged to tack on more calories.

Now, be sure to check out The Best Healthy Eating Tips For 2021, According to Dietitians.