These 5 Coca-Cola Drinks Are Getting a Huge Update

Bottles are about to get clearer.

It's been a busy summer for Coca-Cola—the soda brand recently debuted a new canned cocktail, spiked versions of two of its signature juices, but discontinuing a few others as well. But the plan isn't just to add and retire some of the company's drinks. Coca-Cola just announced it is giving five a major update.

Read on to find out which brands will be different and when. (For more, here are 12 Discontinued Sodas That Returned After Customer Outcry.)

In late May, Coca-Cola announced that Sprite was getting a makeover with a redesigned logo and updated packaging. But on July 27 the company said that the soda will no longer be in green bottles. Starting August 1, the signature color will be phased out so that clear plastic can be used.

"Taking colors out of bottles improves the quality of the recycled material," said Julian Ochoa, CEO, R3CYCLE, which is working with Coca-Cola Consolidated on recycling. "This transition will help increase availability of food-grade rPET. When recycled, clear PET Sprite bottles can be remade into bottles, helping drive a circular economy for plastic."

But this isn't the only one to get a new, clear branding.

Like Sprite, Mello Yello has a distinct color scheme associated with its soda. One is literally in the name while it also is known for a green bottle, but will also soon come in one that is clear.6254a4d1642c605c54bf1cab17d50f1e

Another green bottled brand owned by Coca-Cola and getting an update is Fresca. In addition to getting spiked earlier this summer, the regular flavored soda water is one of the drinks that will transition to the clear bottles.

Seagram's has been around since 1857 but is also a brand that used to come in a green plastic bottle. Some of its other options are already there, like club soda, tonic water, and seltzer water, but after August 1 the ginger ale will also be in the same bottle. 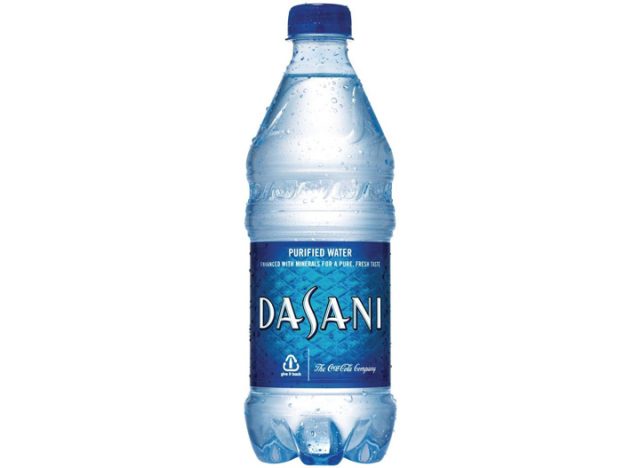 Dasani water bottles are already clear, but a big change is coming. The 20-, 12-, and 10-ounce bottles, along with the 1.5-liter bottles, will be made out of 100% recycled plastic and will feature large "100% Recycled Bottle" and "Recycle Me Again". The news comes after what the company says is a successful test of the new packaging in New York, California, and Texas.

Amanda McDonald
Amanda is a staff writer for Eat This, Not That!. Read more
Filed Under
Groceries // Grocery Shopping // Grocery Stores // News // Soda