Once these sodas disappeared from shelves, fans took a stand to bring them back.

Some sodas have been around for generations and are not likely to ever disappear from soda fountains or grocery store shelves. Lovers of Coca-Cola Classic, A&W Root Beer, Canada Dry Ginger Ale, and Dr. Pepper have little to worry about when it comes to their favorite fizzy libations being discontinued.

However, other fans aren't so lucky. Many soft drinks have been given the proverbial ax by their producers over the years. When that happens, loyal customers tend to clamor, and when that clamoring is loud enough, soda brands sometimes listen.

Here are 12 sodas that were discontinued only to be brought back into production thanks to the passionate outpouring from fans.

RELATED: 7 Sodas With the Scariest Ingredients

For 79 dark days in 1985, Coca-Cola vanished from shelves and was replaced by a new, sweeter product called Coke. That's right, Coca-Cola tried to kill off its flagship product. And customers freaked out.

Amidst horrific backlash, per the New York Times, the soda company quickly backtracked and began producing its classic drink again, which has since been called Coca-Cola Classic.

This one is a sad story to finish with, we're sorry to say: this heavily caffeinated soda that was beloved by many in the latter decades of the 20th century did indeed make a comeback, but it was short-lived. Per Food Dive, after fizzling out in 2005, Jolt was relaunched in 2017 and sold exclusively at Dollar General stores (and via some online retailers), but the buzzy brand never really caught back on and was officially discontinued. 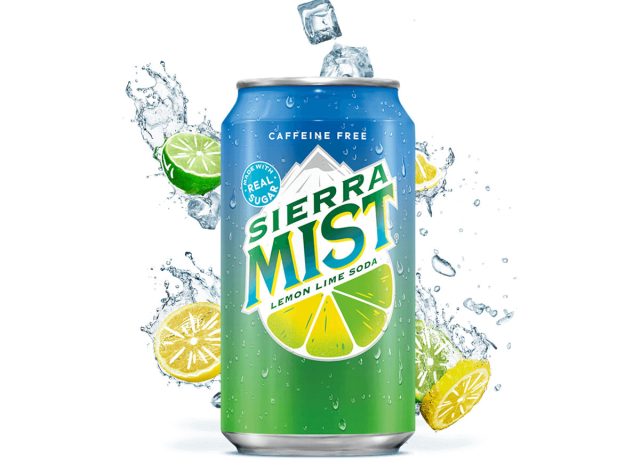 Sierra Mist, originally released in 1999, didn't technically go anywhere, it just had a facelift, and a secret formulation change that enraged fans. The "healthier" citrus soda made with sugar instead of corn syrup was created by Pepsi to compete with Sprite. In 2016 it lost its healthier formula and adopted high fructose corn syrup and the name Mist Twist. In 2018, it reverted to Sierra Mist and Pepsi Co. brought back the real sugar.

First sold in 1919, Bubble Up was a huge hit for most of the 20th century, but for a moment there in the early 1970s, it was gone. Its parent company, The Bubble Up Corp, had gone bankrupt, per Collector's Weekly. Fortunately, in 1973, IC Industries bought the brand and continued production. Then, in 1987, Dad's Root Beer Co. bought IC, only to have the brand bought again by Hedinger Brands in 2007. Through it all, since the 70s, Bubble Up has endured.

A darling of the 1990s, Surge soda still had a fan following after it was discontinued in 2003. Since 2018, the citrus-flavored soda has been re-released in limited runs at soda fountains and as cans in stores—but sadly, that seems to be ending again, as the brand's site reads: "Surge will be leaving shelves soon, so you may experience limited availability."

This delicious, moderately sweet beverage cleverly duped us into thinking it was healthy back in the 1990s, but it was so tasty, we forgive it for being a soda masquerading as a sweet seltzer. It disappeared for several years, but now, you can once again get those unique teardrop bottles of flavors like Mountain Blackberry, Country Raspberry, and more.

Crystal Pepsi was never a great idea, but this vaguely Pepsi-flavored, caffeine-free "cola" was weird enough to leave a huge impression on people in the 1990s. Pepsi banked on that impression when, according to FOX, it came out with a very limited run—as in, only 300 people won a six-pack of the soda in a contest—earlier this year. 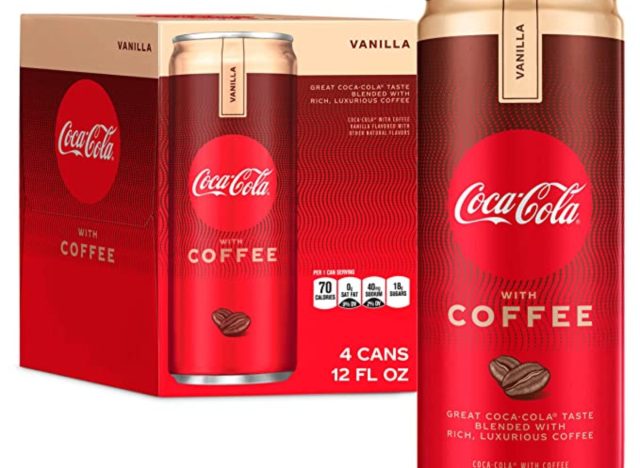 OK, so this is not exactly a comeback story, per se, but rather, a second take on a product that had as many lovers as it did haters when it came out in the early 2000s. Coca-Cola's earlier take on a coffee-cola combo was Coca-Cola Blak, per Mashed, which was only made from 2006 to 2008. We'll see if this new take, Coca-Cola with Coffee, has longer legs.

Founded in 1981, beloved by many, but defunct by the early 1990s, this pioneering flavored seltzer brand made a comeback in 2015 and has managed to stick around, thanks to the now vast market for seltzers, reports Eater.

This grapefruit-flavored soda was a mainstay of American soft drinks for much of the latter half of the 20th century, but it disappeared for a while a couple of years back, which had fans in a frenzy. Turns out, the blip in production was due to a shortage of aluminum cans, which led to Fresca's temporary disappearance. Fresca soon came back in plastic bottle form.6254a4d1642c605c54bf1cab17d50f1e

To commemorate the time Coca-Cola foolishly axed their flagship drink and released New Coke in 1985, the soda giant teamed up with Netflix last year in order to feature New Coke in season three of the smash hit show Stranger Things and released a limited run, per Local 3 News.

We're not saying this is a good comeback story, but Jones Soda, known for its odd flavors, re-released arguably its oddest flavor ever just in time for Thanksgiving last year, per Ad Week. Turkey & Gravy Soda, first seen in 2003, was available once more.

For a while, as in a couple of decades, Tianfu Cola (AKA Tianfu Kele) was a favorite soft drink in China, even served at state dinners. Then, as the People's Republic opened up to the west, in came Coke and Pepsi, each of which earned a huge market share—and the latter of which bought out the rights to state-owned Tianfu and quashed production.

As China grew more powerful in recent years, the company sued Pepsi for unlawful possession of its trade secrets, won, and soon went back into production. It's now widely available again, per iChong Qing.

A previous version of this article was originally published on Jul 18, 2022.

Steven John
Steven John is a freelancer writer for Eat This, Not That! based just outside New York City. Read more about Steven
Filed Under
Drinks // Food Crimes // Groceries // News // Soda