This Frozen Fish, and 5 Other Recalls You Should Know About From This Week

These products were sold at Winn-Dixie, Wegmans, Trader Joe's, and more.

If you've purchased a store-bought brand of frozen seafood recently, you may want to check your freezer. The U.S. Food and Drug Administration (FDA) has announced a fish recall for contamination concerns—plus we've got a list of recent grocery recalls you may just want to be aware of.

Keep reading to find the latest grocery recalls as announced by the FDA, United States Department of Agriculture (USDA), and Centers for Disease Control and Prevention (CDC). Also, this weekend's report is worth a read, even if you're not a Costco customer: This Costco Food Is Showing "Weird" Sprouts, Customers Say.

On Friday, the FDA published an announcement from Southeastern Grocers recalling Fisherman's Wharf frozen Jumbo Cooked Shrimp in 16-ounce bags (containing 16 to 20 count shrimp). The company stated that a routine inspection revealed the presence of Listeria contamination, and that they're currently investigating to determine the source of the problem.

The announcement said the recalled Fisherman's Wharf Jumbo Cooked Shrimp product "was sold in all Fresco y Más, Harveys Supermarket and Winn-Dixie stores." The recalled shrimp products bear UPC code 2114003262 and a Best By date of 04/05/2023.

The announcement added: "Should a customer still have this product, it should be thrown away or returned to any store for a full refund."6254a4d1642c605c54bf1cab17d50f1e

Sign up for the Eat This, Not That! newsletter for breaking grocery news you need.

Late last week, the FDA announced that Pier-C Produce white onions were recalled in Florida, possibly as part of the nationwide onion recalls that have taken place in recent weeks for onions originating in Mexico.

These recalled onions were distributed in two-pound mesh bags and show UPC code 0 33383 60051 2. The recall announcement suggested consumers should discard of the onions or return them to the place of purchase.

They noted that as of the recall's publication, no illnesses had been reported.

The FSIS said the salame sticks were shipped to "retail locations nationwide," which the CDC specified to include Trader Joe's and Wegmans stores. We've got more information on the Citterio salame stick recall right here. 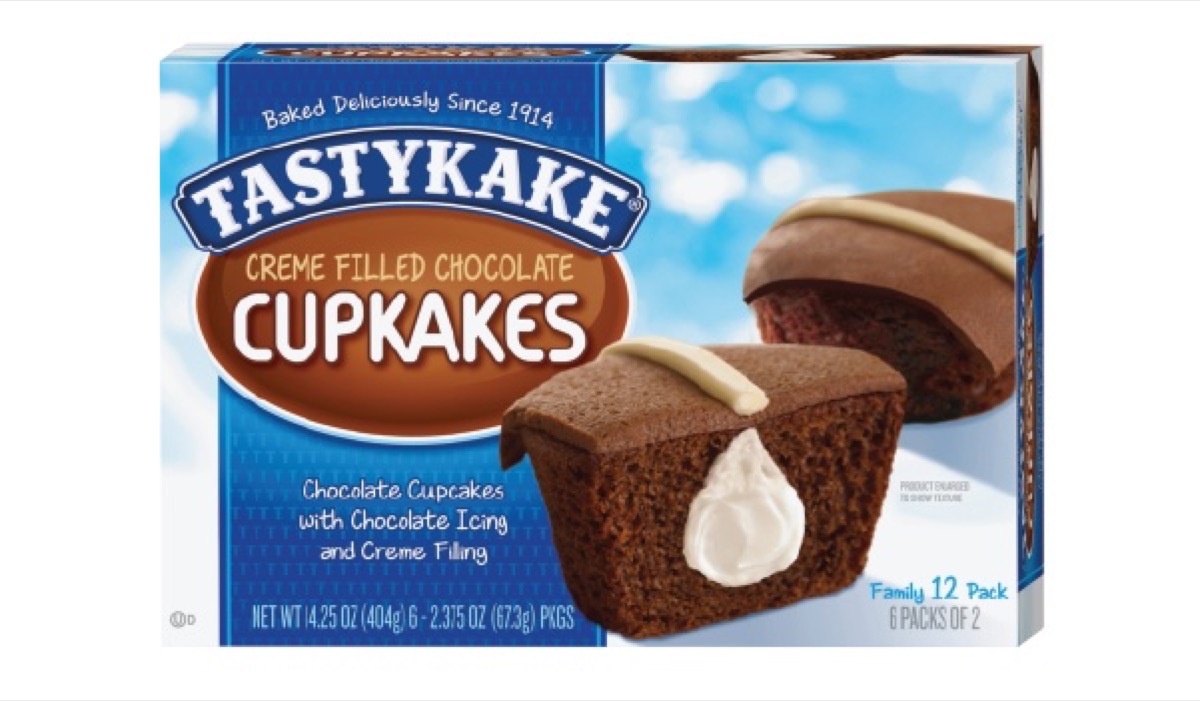 It was not such sweet news when last week, the iconic snack brand, Tastykake, announced that a variety of their products—including a batch of these popular cupcakes—may contain fragments of metal.

Get the details on the Tastykake recall with us.

Also last week, Ukrop's Homestyle Food recalled seven packaged products that had been sold in six U.S. states. Read If You Bought These Foods at Kroger, Food Lion, or Harris Teeter, Don't Eat Them for the details.

Last weekend, Dole recalled four brands of bagged lettuce that had been sold under labels at major grocery chains. If you've grabbed a bagged salad mix recently, here's what you need to know: These 4 Popular Bagged Salads Were Just Recalled in 10 States.

We've got more of the latest food news here:

Krissy Gasbarre
Krissy is a senior news editor at Eat This, Not That!, managing morning and weekend news related to nutrition, wellness, restaurants and groceries (with a focus on beverages), and more. Read more about Krissy
Filed Under
food safety // Groceries // Grocery Shopping // Grocery Stores // News