And here are some reasons why.

The pandemic has served as a catalyst in weeding out the competition among fast-casual and dine-in chains. Those with more outdated concepts had to find a way to quickly modernize their menus and operations, and those who didn't are now falling out of favor with customers faster than ever.

And Hooters seems to be among the latter. The brand once known for great wings is now facing fierce competition from chains offering better chicken, while its central concept of scantily clad waitstaff continues facing challenges in the modern era.

According to 1851 Franchise, the pandemic hit the dine-in chain hard, making it one of the less profitable brands of its kind in the last year. Here are some of the reasons why Hooters is losing popularity with customers. And for more, check out 5 Major Fast-Food Chains Falling Out of Favor With Customers.

The chain is losing locations and shifting focus elsewhere

The chain's sales were on a decline long before the pandemic, and the number of Hooters restaurants dropped by more than 7% between 2012 and 2016. In 2020, the company laid off hundreds of workers in states like North Carolina, Missouri, Michigan, and Indiana.6254a4d1642c605c54bf1cab17d50f1e

So the chain turned to several more family-friendly fast-food offshoots which focus on takeout and delivery: Hoots Wings, Hootie's Burger Bar, and Hootie's Chicken Tenders. The fact that the company didn't even try to replicate their Hooters concept and aesthetic with its newer brands means that the traditional Hooters restaurant may truly be a thing of the past.

An outdated concept the new generations aren't buying into 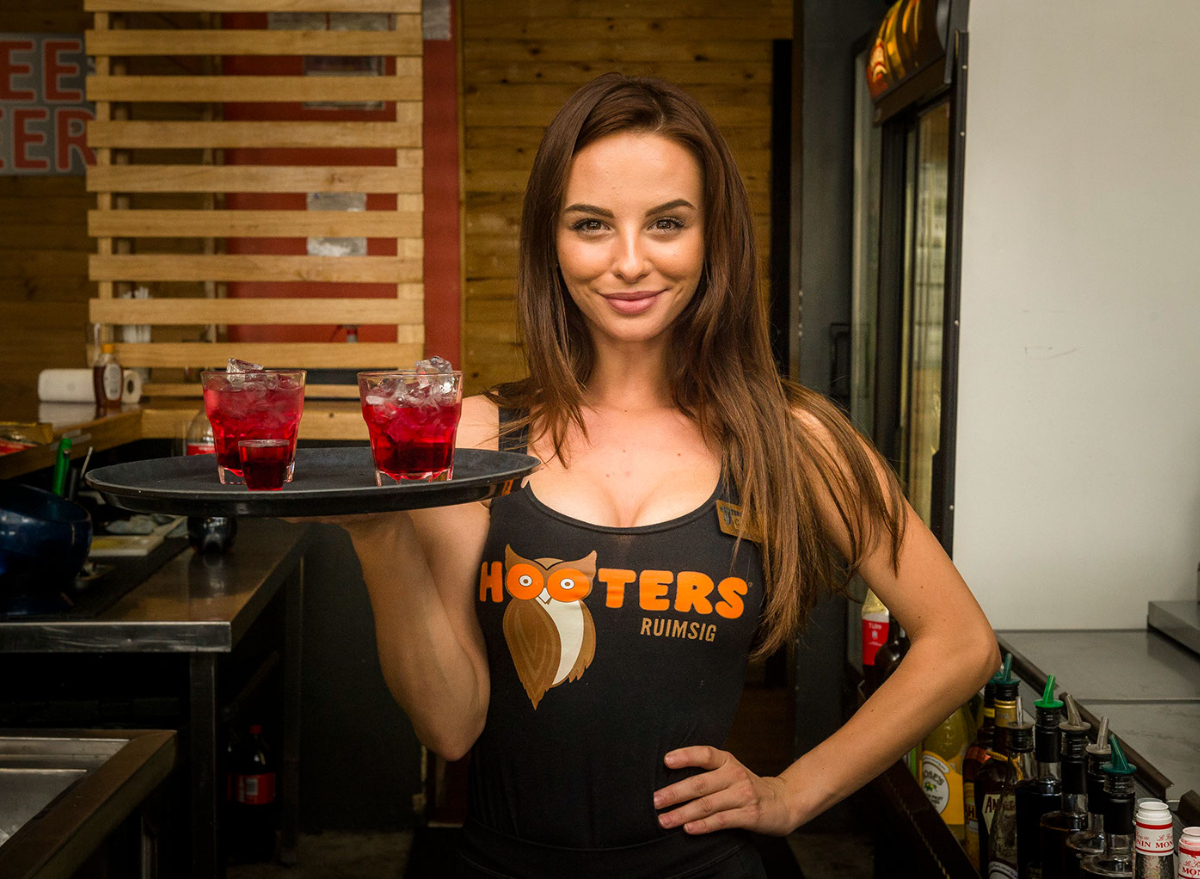 Problem number one with the Hooter's branding? The chain's name doesn't make sense in present times (as pointed out by a restaurant branding expert Joseph Szala, who told Vox that "[Hooters] isn't even a nickname for breasts anymore.")

Other problems include the uniforms the waitresses are mandated to wear, which seem like a faded version of what was once considered sexy but is now a confusing combo of 'suntan' pantyhose, orange shorts, white sneakers, and tops that are neither revealing nor modest.

According to Vox, the uniforms underwent minimal changes since their first launch and are very much stuck in a specific Florida beach aesthetic that may have been considered attractive some 30 years ago. Here's more about the strict dress code the Hooters servers have to follow.

Besides the new offshoot brands the chain is operating, which are doing the lion's share of keeping it relevant, Hooters has the potential to attract customers back to its locations with sports betting. In 2020, the chain launched a partnership with KonekTV and Rush Street Interactive, which has enabled them to display game statistics, analytics, and up-to-date odds on the TV screens.

The new feature has been added to locations in Indiana, Pennsylvania, and New Jersey, but could soon spread to other states if legislation allows.