5 Major Fast-Food Chains Falling Out of Favor With Customers

Will they evolve or continue on a downward spiral?

While some restaurant chains managed to weather the pandemic quite successfully, finding new ways to grow and reach their customer base, for others, the year of unprecedented crisis exacerbated a downfall that was years in the making.

The following brands have slowly been falling out of favor with customers for years, a trend which is now more obvious thanks to mass store closures and plummeting sales numbers. The only remaining question is: will they evolve or completely fall victim to the fast-food industry's ever-changing demands.

For more, check out 12 Restaurant Chains Disappearing in 2021.

As far as major national burger chains go, the King is on a downward rather than an upward trajectory in popularity. The chain was a long-time second-largest entity in the fast-food world, lagging only behind McDonald's, but things have officially changed this year. Wendy's has dethroned Burger King from its #2 spot, taking its place as the second-largest fast-food chain in America in terms of sales, according to Forbes.

Not to mention, Burger King was voted as the most hated fast-food restaurant in America last year, in a study that analyzed negative geotagged Tweets from across the country. The data revealed that the once-popular chain had taken the most customer flack on Twitter of any fast-food chain in as many as 15 states, including Maine, North Carolina, Louisiana, California, North Dakota, Iowa, and even Hawaii.

With all the negative press Subway has been receiving lately, it may seem like the chain's downfall started as recently as this year. But its mass store closures and recent sales numbers reveal that it has been losing favor with customers for a while. According to Restaurant Business, Subway lost its dominance in the fast-food sandwich market, which once put it on par with giants like McDonald's. In 2013, it reigned supreme among sandwich brands by holding 43% of the market, while the latest data show that number has since gone down to 28%.

Moreover, customers seem to be put off by the recent drama surrounding its ingredients. While Subway tried to give itself a makeover with its latest menu-upgrading Eat Fresh Refresh campaign, insider sources say the company wasn't even able to give away a million of its sandwiches for free, due to low interest.

Quiznos is another sandwich concept that customers have been leaving in droves, taking their business elsewhere. Once a juggernaut in fast food with its introduction of the first toasted subs, Quiznos has lost a staggering 94% of restaurants in 15 years. It currently operates 255 U.S. locations (and over 300 international ones)—a far cry from the 5,000 restaurants it had in its heyday in 2007.

Experts cite several reasons as to why the chain has had such an epic fall from grace. For one, it expanded rapidly, often at the expense of its franchisees. And the toasted subs it was so famous for? Everyone's doing them now, making the competition fierce and the attrition of customers insurmountable. 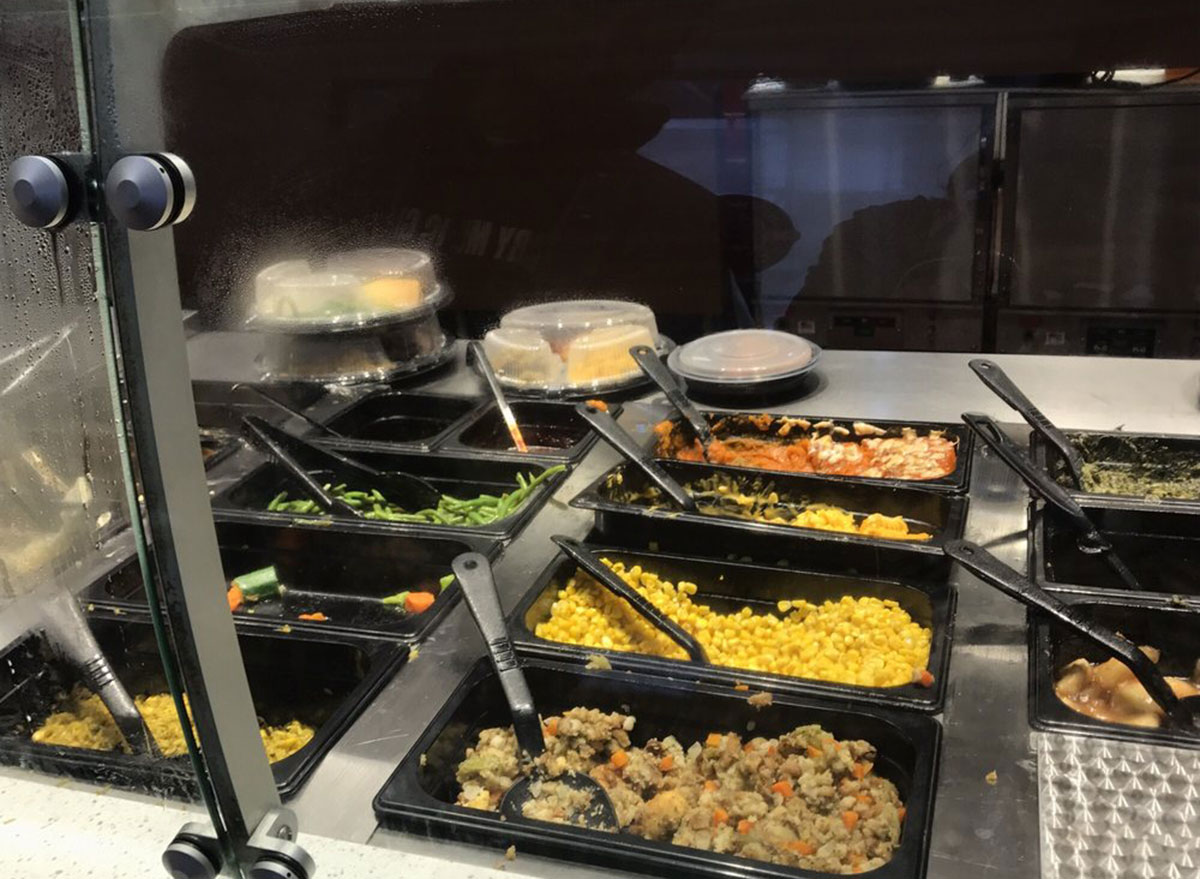 Boston Market has been around for what feels like forever. But the chain has fallen a long way from its glory days in the late '90s, when it was one of the most popular places to get fresh rotisserie chicken. Reckless growth and increasing competition in the rotisserie chicken arena (even from retailers like Costco) all led to the chain's bankruptcy filing in 1998. And while it changed ownership and attempted to right the course since then, its most recent sales figures show the chain continues to lose its footing in the fast-food world.6254a4d1642c605c54bf1cab17d50f1e

The popular burger and milkshake chain has been disappearing from towns all across America as the pandemic forced the company to go on a location-closing spree last year. And now, the latest reports about the chain are equally as grim: Steak 'n Shake has hired financial advisors and may be heading for bankruptcy.

According to customers, who have sounded off on their complaints about the chain on social media, it's Steak 'n Shake's slipping food and service quality, as well as massive wait times, that are turning people off from the once-beloved family restaurant.