This Is the Country That Drinks the Most Wine, Data Says

The world drank 23.4 billion liters of wine last year. Here's where wine remains hottest of all.

If you've been pining for all the best things about a big vacation—sunshine, new scenery, fun dining, and maybe a few nice glasses of wine—some of that experience may not be as far off as you think. While a new report has found that global wine consumption has dropped to its lowest in 20 years, a few countries in particular have been drinking the most… while one "easily tops" the world's wine consumption, according to one international wine organization.

Decanter has the annual report from the International Organisation of Vine & Wine (OIV). From their research, the OIV estimates that globally, the world drank 23.4 billion liters of wine in 2020. While the report indicates a drop in wine production and consumption between 2019 and 2020, there are a few countries that held the bottle steady… or even tipped their glasses a little extra last year.

Journey on to see which countries the OIV says drank the most wine in 2020. 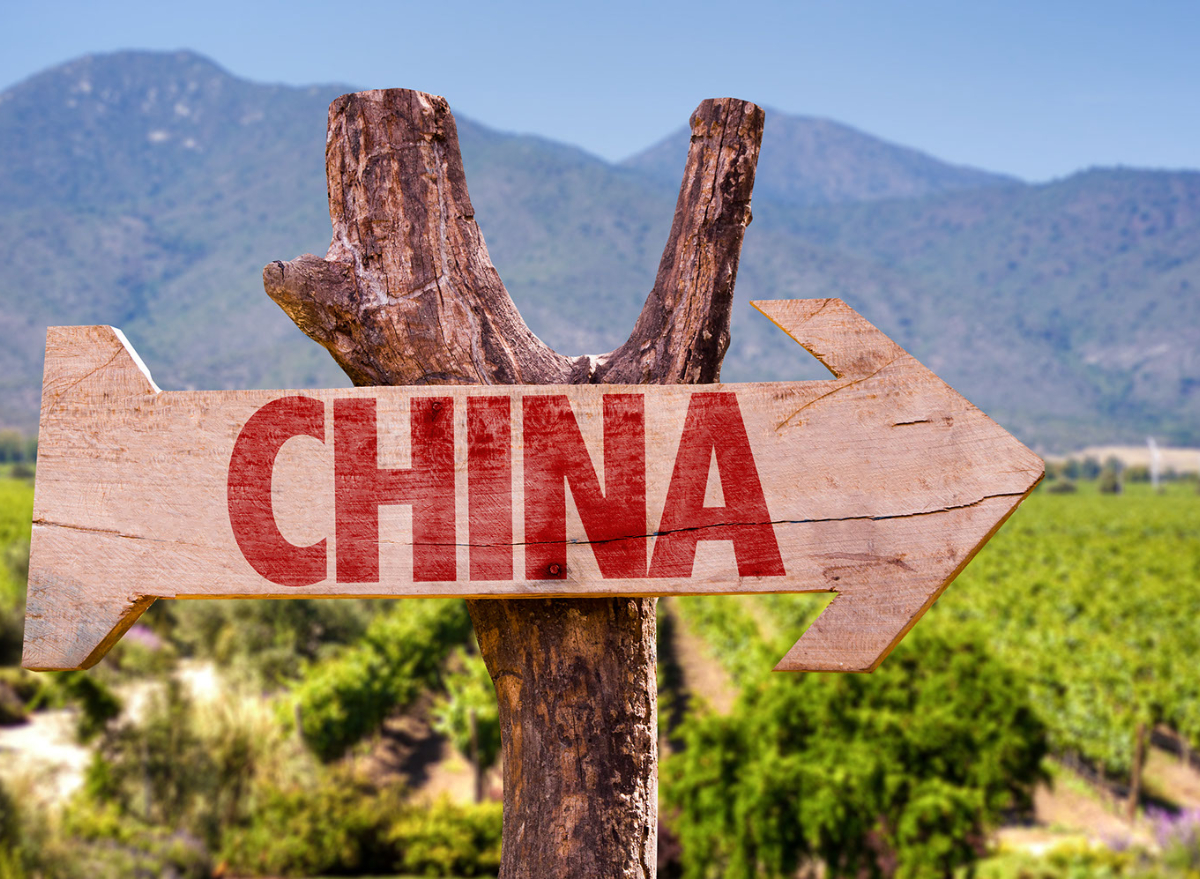 Of the nations Decanter ranked, Chinese wine consumption actually saw one of the most drastic changes, dropping at a rate of 17.4% over 2019. OIV reported this was the third year in a row of a "sharp decline" in wine drinking among the Chinese. Dr. Qin Ma, a viticulture professor at the China Agricultural University, told Forbes that one cause of this decrease is that a significant segment of Chinese wine drinking is done in bars and restaurants, such as at business dinners or happy hour-type gatherings with friends—which was off the table during the pandemic.

Wine is known to be a labor of love for the Spanish (as are the lifestyle habits that help many of them stay skinny!), but domestically, the survey found wine drinking dropped in Spain by 6.8%. 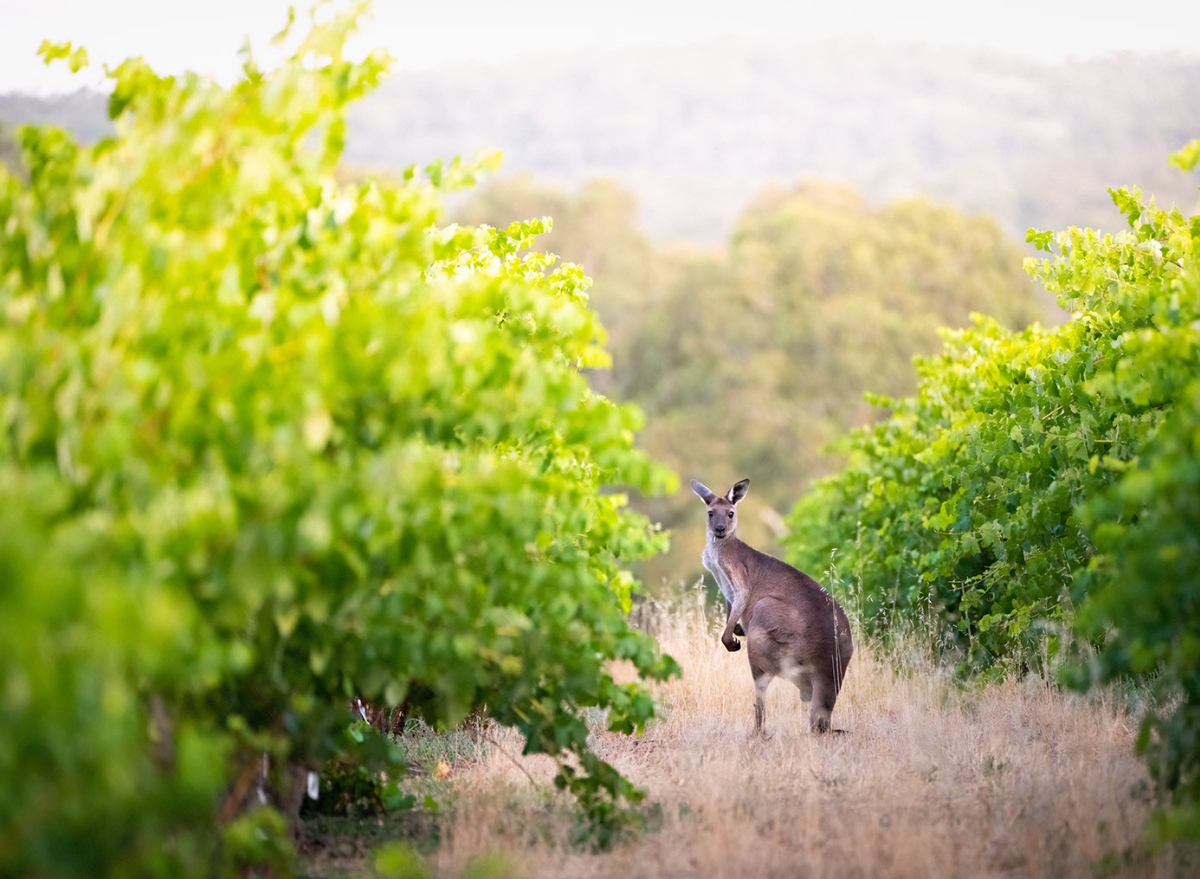 While it looks like even the kangaroos enjoy a tour through a lovely South Australian vineyard, human wine drinkers in Australia drank a reported 3.7% less in 2020 than the prior year, equalling about 570 million liters.6254a4d1642c605c54bf1cab17d50f1e

When you think of countries that love their wine, you probably think of France. That seems true—not even the pandemic affected France's wine consumption, at a nationwide rate of about 2.5 billion liters in both 2019 and 2020. The American Association of Wine Economists (AAWE) said in a tweet earlier this year that in 2018, the French drank 50.2 liters of wine per capita.

RELATED: This French Bakery Is Moving into Walmart

Revered for its wine country regions like the Kaiserstuhl mountains, shown here, Germany was one country that saw an upward wine trend, with wine drinking increasing 0.2% from 2019 to 2020.

As these sparkling wine fermentation tanks at Russia's oldest winery might suggest, Russia really likes their wine. Wine drinking grew a reported 3% in Russia during the pandemic over the previous year.

RELATED: The One Hack Everyone's Doing With Wine

Argentina saw an increase in wine drinking by 6.5% (while its northeastern neighbor, Brazil, jumped 18%).

Italy is known for its wine, which is why some people are surprised that the Italians aren't known to be big drinkers. Perhaps seeing some of the pandemic's worst led some Italians to stay home, cook, and stay cozy where it was safe. Italian drinking is said to have soared 7.5% last year over 2019.

RELATED: This Is the Worst Way To Drink Prosecco, According To Experts

Portugal loves its port (and more).

Portugal loves its wine so much that an annual summer regatta event celebrates beloved port wine brands by putting their logos on the boats' sails. The AAWE stated that per capita, Portugal also reportedly drinks the most wine, at an average of 62 liters per person each year.

America drinks the most wine.

Like these wine festival-goers in Maryland in 2019, the OIV's says their data suggests: "The U.S. easily tops the list of countries that drink the most wine." That totals about 872 million gallons per year, which reportedly held stable between 2019 and 2020.

Whether you might be at a safe, small gathering or relaxing with a glass at home, don't miss The #1 Reason You Shouldn't Be Drinking Wine Every Day.

Catch up on other trends by reading Top 5 Takeout Orders That Increase Happiness, Says New Research.

Krissy Gasbarre
Krissy is a senior news editor at Eat This, Not That!, managing morning and weekend news related to nutrition, wellness, restaurants and groceries (with a focus on beverages), and more. Read more about Krissy
Filed Under
Alcoholic Drinks // Drinks // News