Why Haven't You Tried Bone Broth Soup Yet?

The collagen-rich broth is now the base of a new line of soups from Pacific Foods.

Bone broth has received some major buzz lately and it's certainly for good reason. Dietitian Katey Davidson, MSc, RD, explains that this special stock contains a good amount of calcium, magnesium, phosphorus, amino acids, and many other nutrients.

Davidson also suggests that one of the best components of bone broth is its rich collagen content, which can be beneficial to our joint and skin health. "Collagen is made up of different amino acids and is considered one of the most abundant proteins in humans," she says. Consuming collagen is also beneficial for our joints, she adds, especially since it makes up a large portion of them.

With this in mind, it's worth mentioning that big soup brands like Pacific Foods are definitely getting in on the bone broth action, as the brand has recently released an organic bone broth soup line that features spins on old-time classics such as Pacific Foods Organic Chicken Noodle Soup With Chicken Bone Broth.

And unlike some cans of chicken noodle soup which are jam-packed with unpronounceable ingredients and tons of sodium, Pacific Foods keeps things simple with organic ingredients and a relatively reasonable sodium content (430 mg). So how does Pacific Foods keep up with chicken noodle soup from competitors like Progresso? We asked Davidson to weigh in on that question below. 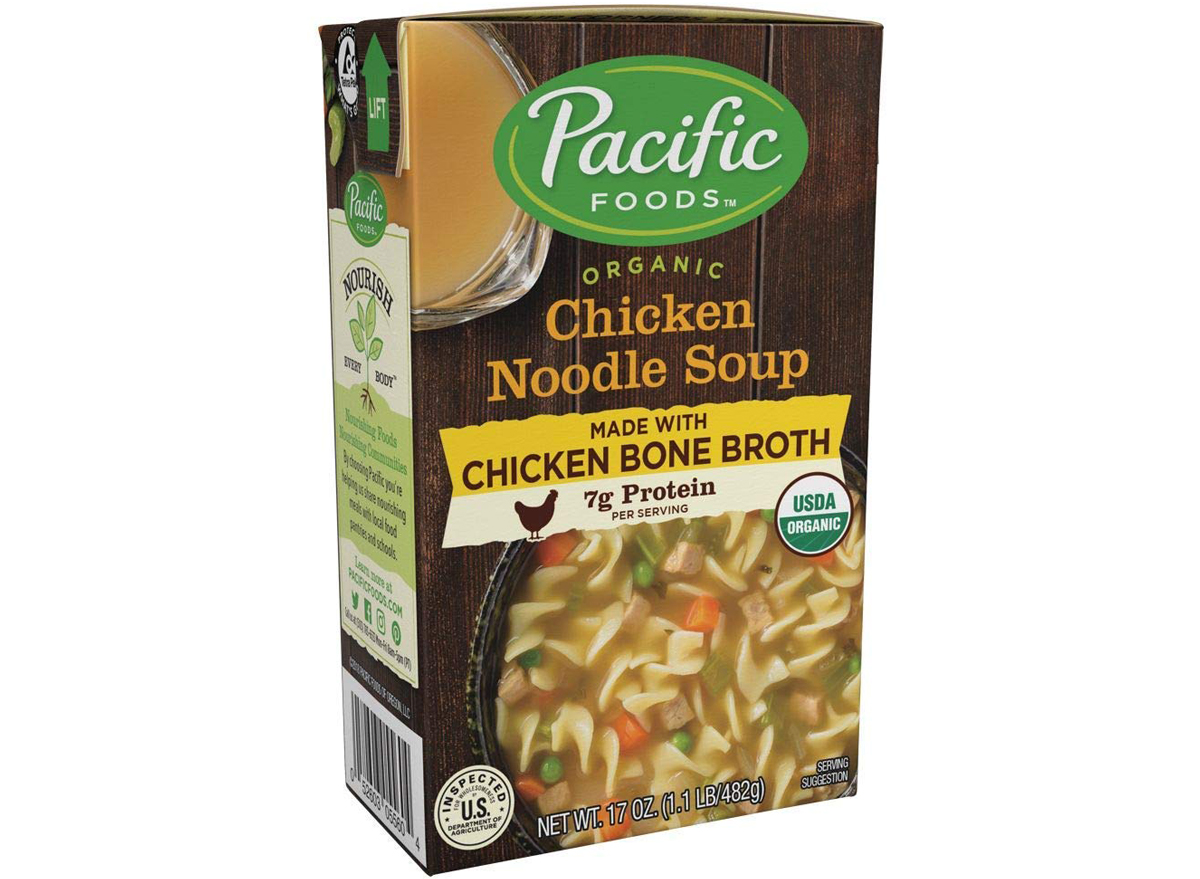 When compared to the Progresso Traditional Chicken Noodle soup, Davidson suggests that the two products do not differ much nutritionally. However, she notes that this Pacific Foods soup contains less sodium than the Progresso version. In addition, she says that there is slightly more iron, calcium, and vitamin A in the Pacific Foods soup, which can likely be attributed to the bone broth as well as the fresh vegetables. 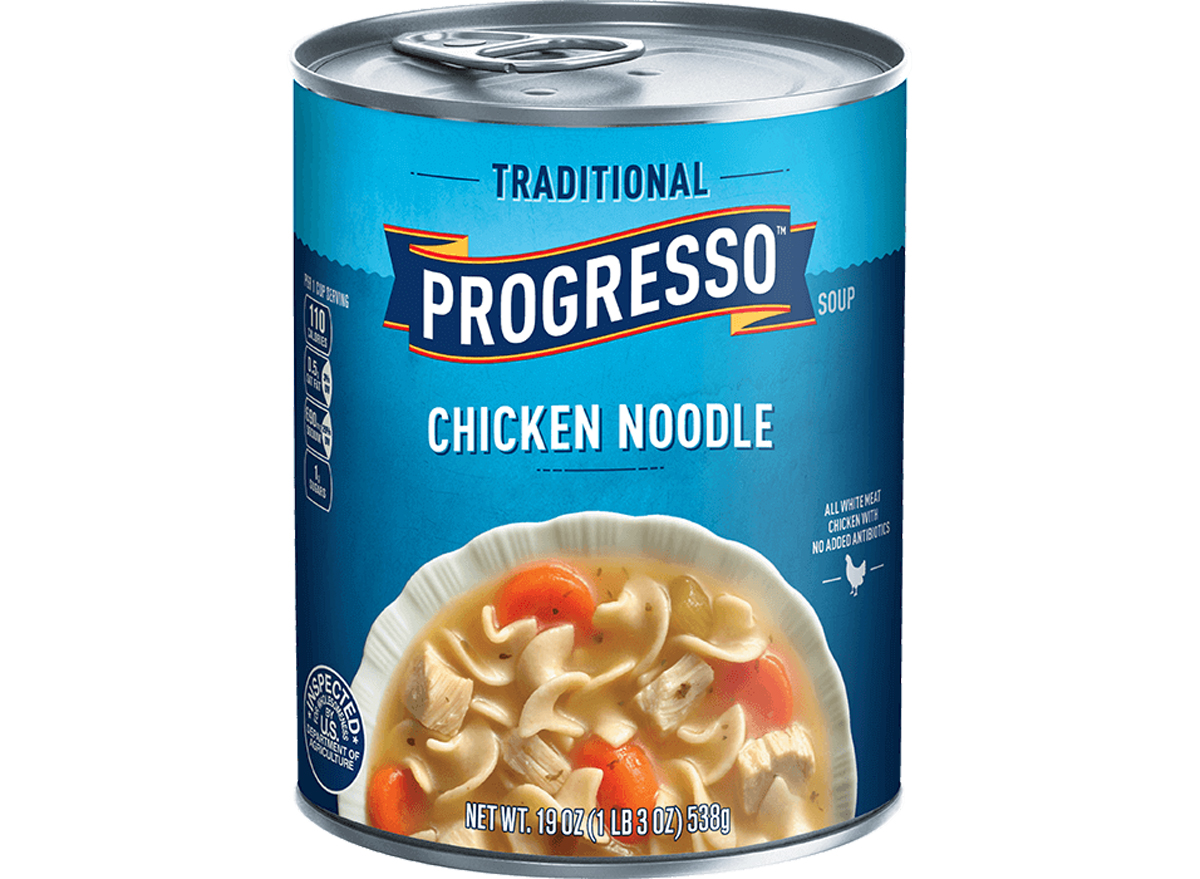 While Davidson explains that this Progresso soup uses chicken stock, she notes that this is essentially bone broth. This is why the protein content is identical in both soups, she says, along with the fact that they both use chicken meat as well.

In conclusion, when it comes to these two products, Davidson tells us that they don't differ much because chicken stock is still bone broth, technically. "If you were to compare this soup to a vegetable stock, then you would notice more of a difference," she says.