From Kraft Macaroni & Cheese to Wonder Bread, COVID-19 has slowed production of many beloved brands.

The U.S. now has more than 1.2 million confirmed cases of COVID-19. Some of those who have been sickened by the virus work within the processing plants that produce some of your favorite packaged foods.

While the virus is not believed to be transmitted through food, these factories often employ hundreds of employees, all of whom are working within close proximity to one another. With large facilities having even just a handful of employees testing positive for COVID-19, it's imperative that they take necessary measures to clean and sanitize the vicinity thoroughly.

Some corporate companies have excelled at mandating two-week-long shutdowns, while others have only halted production for just one or two days. It's likely that some of these companies are hesitant to close for longer in fear of significantly reducing output. It's a tough call to make for sure, but the health and safety of their employees should come first and foremost.

Here are five popular packaged food companies whose workers (at one point during the pandemic) tested positive for COVID-19. And to keep yourself informed, take note of these other food companies—including meat suppliers—who have had workers test positive for coronavirus.

On April 15, an employee at Kraft Heinz facility in Lowville, New York tested positive for COVID-19, just a few days before two employees at the plant in Holland, Michigan tested positive. Another three were asked to self-quarantine as they were believed to have contracted it. Evidently, management at the Michigan location had been slow to provide personal protective gear for their 240 employees.

Still, the plant only closed for one day for deep cleaning and then reopened on Monday, April 20. Before these cases, there was another employee who had tested positive in late March at the company's plant in Springfield, Missouri. That facility resumed production after just two days of being shut down.

READ MORE: Click here for all of our latest coronavirus coverage.

In early April, five of the 900 employees at the Pepperidge Farm bakery in Denver, Colorado had tested positive for COVID-19, all of whom were ask to quarantine for up to 14 days. The company still provided these workers with pay during their absence from the factory, which temporarily closed for deep cleaning. 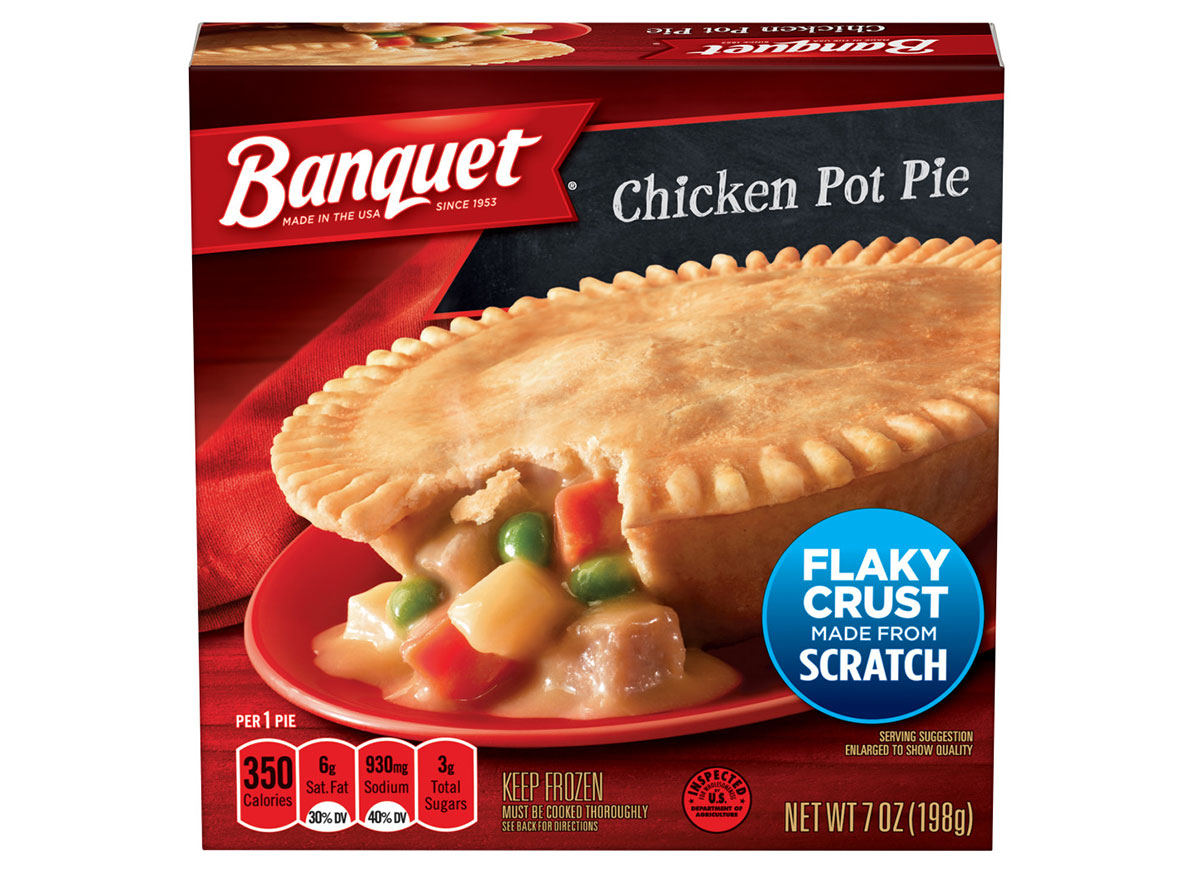 According to the Wall Street Journal, 20 of the 700 employees at a Conagra facility in Missouri that makes chicken pot pies and other frozen meals tested positive. However, Conagra closed its plant for 10 days, starting on April 17.

The makers of Wonder Bread and Nature's Own had to shut down its baking plant in Tucker, Georgia for a few weeks after several workers contracted the virus. The company did not disclose just how many of the 255 workers fell ill.

AbiMar Foods, whose brands include Lil Dutch Maid and Tru-Blu, closed its facility in Abilene, Texas in mid-April after 48 employees tested positive for COVID-19.

Although the stay-at-home mandates had a significant influence on Campbell's Soup Co. sales in March and April, because of manufacturing plants closing due to coronavirus outbreaks (six reported cases at their snack plant in Denver, PA, and two in Maxton, NC), this popular packaged food company finds themselves having to play catch-up. The company is having a hard time meeting the supply-demand from grocery stores during the current quarter, but they are still hopeful about business picking up soon.

Eat This, Not That! is constantly monitoring the latest food news as it relates to COVID-19 in order to keep you healthy, safe, and informed (and answer your most urgent questions). Here are the precautions you should be taking at the grocery store, the foods you should have on hand, the meal delivery services and restaurant chains offering takeout you need to know about, and ways you can help support those in need. We will continue to update these as new information develops. Click here for all of our COVID-19 coverage, and sign up for our newsletter to stay up-to-date.
Cheyenne Buckingham
Cheyenne Buckingham is the news editor of Read more
Filed Under
Coronavirus // News