15 Pho Tips for a Flat Belly

Pho is the Vietnamese dish that gives chicken noodle soup a whole new meaning. But this trend has the potential to threaten your healthy lifestyle if you don't know what you're doing. Here's what you need to know to make Pho work for you.

Customizable food is all the rage these days. Companies like Chipotle and Pinkberry have taken the restaurant market by storm because they give the power back to the people. From portion size to toppings, customers can order exactly what they want. The newest trend in customizable food is Pho, the noodle dish that has everyone talking and everyone's mouths watering.

Pho is a traditional Vietnamese street food made of broth, rice noodles, and meat. Its popularity is arguably due in part to the interchangeability of these ingredients. Like Chipotle and Pinkberry, Pho restaurants allow customers to tailor their meals exactly to their tastes. Customers can make their own choices about broth, noodles, and meat as well as vegetables, spices, and garnishes. This not only makes it delicious but also interactive and fun!

However, before you try this delicious trend—beware. Like with all customizable food chains, it's easy to get carried away with your choices and toppings. At Chipotle, perhaps it's choosing the fatty carnitas and adding guac and cheese. At Pinkberry, perhaps it's throwing on M&Ms and whipped cream. Similarly, with Pho, the decisions you make can significantly impact the nutritional value of your meal…and ultimately, be one of the things that make you fatter.

But have no fear! Pho can be healthy if you make the right decisions. We're empowering you with the information and tips you need to make the best choices at your next Pho stop. Consider this your Pho toolkit that will enable you to enjoy this delicious Vietnamese delicacy without stalling your weight loss progress. Simply read on and we'll make Pho your friend.

Be The Boss Of Your Broth 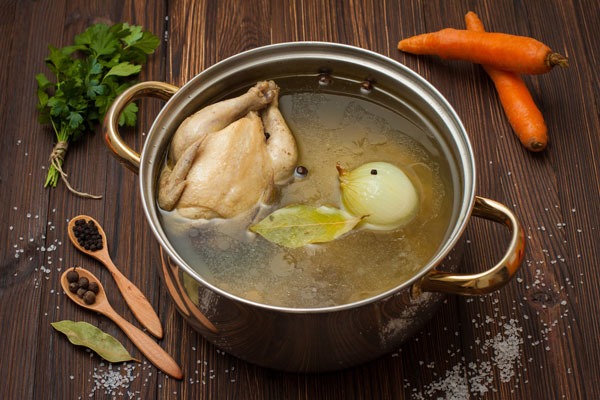 While Pho is known as a noodle dish, it's actually the broth (not stock) that steals the show. The Vietnamese have mastered the art of creating flavorful, full-bodied broths that will leave you wanting more. But before you even step into a Pho shop, do your research.

There are two kinds of Pho broth—beef or chicken—and restaurants usually serve one or the other. Beef broth, known as Pho Bo, is made by simmering beef bones, oxtails, flank steak, and spices. Chicken broth, known as Pho Ga, is made by simmering chicken bones and meat. Sound unappealing? Trust us, it's delicious. However, take the first step towards a healthy Pho and choose a restaurant that serves chicken broth. Chicken is a naturally leaner meat, meaning that its broth collects less fat in the simmering process. 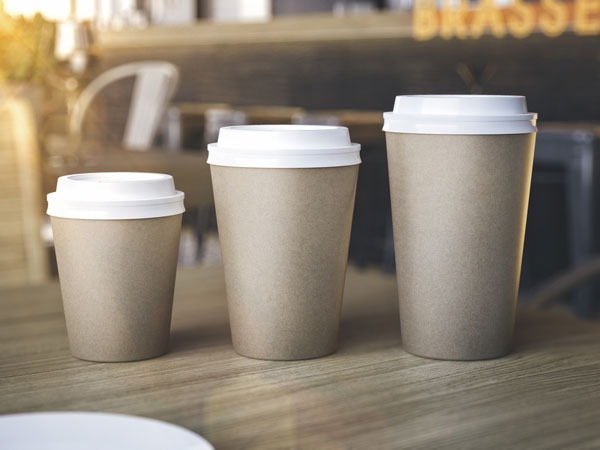 Portion sizes in America are out of control. Our meals are often supersized and we don't even know it because our minds (and bellies) are conditioned to think that bigger is better. Thankfully, most Pho restaurants allow you to choose your bowl size. This is great because controlling portion size with smaller dishes is one of our best weight loss tips! To minimize calories, order the "Nho" bowl. It is the smallest sized Pho bowl but provides enough food to feel full and nourished. If you had a tough, draining workout that day, order the "Lon" bowl or "Dac Biet" bowl—two variations of a large-sized Pho bowl that are sure to get you up and running again. Steer clear of the largest Pho bowl: the "Xe Lua" bowl. This bowl is also known as the "locomotive" or "train" bowl because of its massive size and massive calorie content.

Be A Picky Meat Eater… 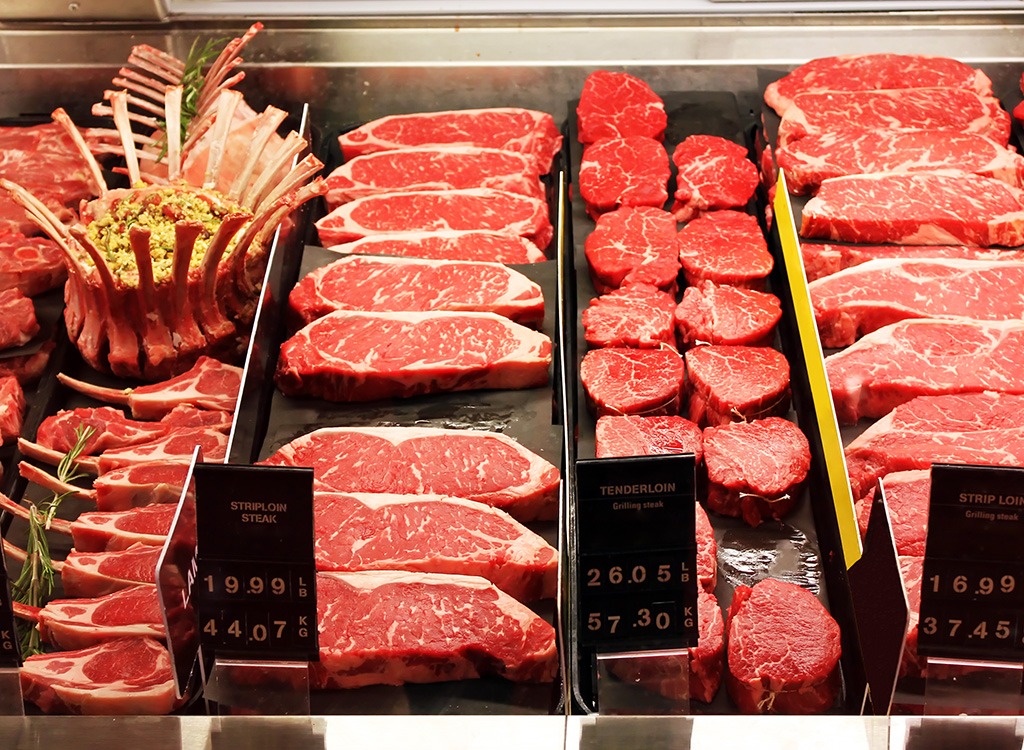 Decisions, decisions, decisions. Step three in creating your healthy Pho bowl is choosing your meat and options are anything but limited. Most Pho restaurants offer up to 10 different red meat cuts, a chicken option, and a seafood option. Again, the best choice here is lean meat (chicken or seafood). However, beef Pho is the customary version of the dish, so if you're committed to getting the full experience but don't want to forfeit nutrition, there are fewer fatty cuts to choose from. Go for the round cut steak, known as "tái" or the beef tripe, known as "sách." To avoid excess fat, stay away from the brisket, meatballs, and flank steak. There is no right way to order your Pho, so take control and be picky with your meat. It will pay off in the long run.

Oh, and if you're a vegetarian or just looking to get more veggies in your diet, you can always ask for extra vegetables in replace of meat. Known as Pho "Chay," the vegetables in this dish usually include greens such as bok choy and cabbage, mushrooms, and herbs. 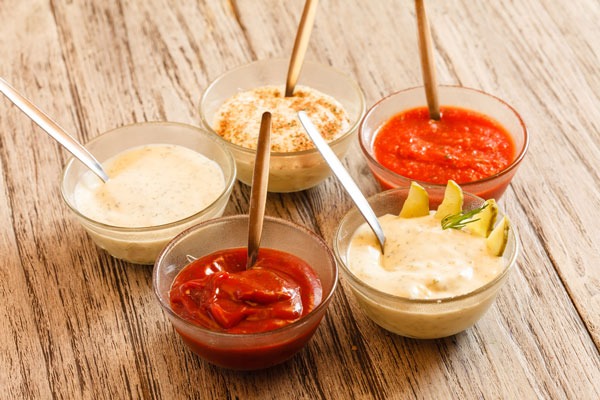 The long awaited moment has arrived! Your waiter has finally delivered your customized Pho to your table and you're ready to dive in. But wait. What are those veggies on the side? What are those spices? What are those sauces? What do I do with all these things? Relax; this is the fun part. Every Pho restaurant serves a tray of sides, garnishes, and sauces—one of the best parts of Pho is adding the kind of flavors you want. But if you want to keep your Pho cals low, don't touch the sauces. Most Pho is served with a fish sauce to add saltiness, hoisin sauce to add sweetness and chili sauce to add spiciness, but these condiments are packed with sugar and sodium. Besides, a lot of hard work went into that broth so the next step of your Pho experience is to take time to savor the intricate, subtle flavors before you dump in other stuff. If you desperately need a little more flavor, pick up the lime wedge found on every side tray.

Not all the condiments on the side tray are bad. Most restaurants serve spicy chilis with their Pho. If you can handle the heat, toss in a few to give your soup a kick. Spicy foods are one of the best ways to boost your metabolism. So, go ahead and spice up your Pho! 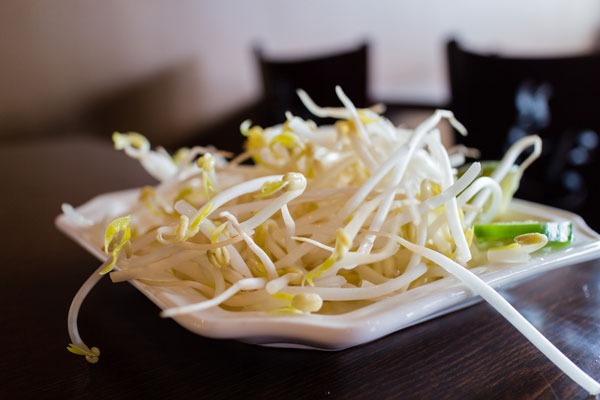 More veggies and herbs are also likely to be delivered to your table. You'll probably find bean sprouts, Thai basil, scallions, cilantro, and sawtooth herb. Like the lime, these are great alternatives to the sauces for boosting flavor. Add the bean sprouts for a low-calorie crunch option and the sawtooth herb for a uniquely Vietnamese dining experience. In this case, it's not bad to take sides!

A new trend has emerged in American Pho: instant Pho. Ugh, seriously America? While these packaged meals may replicate the taste of Pho, they do so at the expense of your health. Harmful additives like MSG and disodium isonate, which have been linked to nausea, heart irregularities, and seizures, can be found in these products. Do yourself a favor and skip the freezer section when you have your next Pho craving. Instead, head to your nearest authentic Vietnamese restaurant to get real, whole foods free of artificial ingredients. 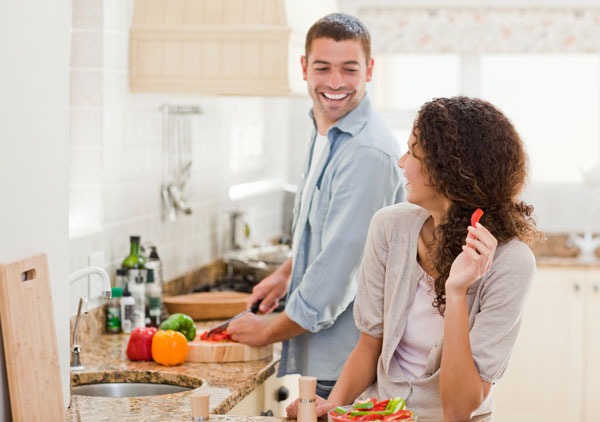 Better yet, if you're into cooking and trying new recipes, make Pho at home. Home cooked Pho gives you the liberty to take control of your fat consumption. That said, Pho broth takes some time to brew because the water needs to soak up the flavor of the meat. Home cooks have the ability to prepare the broth one day and then remove the cooked-off fat the next. However, restaurants do not have this luxury, especially with the fast-paced American lifestyle. So, for lower calorie and fat content, make some time to make some Pho at home. It makes a great healthy crockpot recipe. Try this recipe for beef Pho with lean cut meat for a nutritious alternative to eating out.

Get the recipe from Sidewalk Shoes.

Pho is traditionally served with two utensils: a soup spoon and chopsticks. Embrace this tradition and use those chopsticks. Chopsticks are proven to help you slow down when eating as they prevent you from picking up too much food at once. Additionally, they promote mindful eating as they make you focus on what and how you are eating. Mindful eating is a proven way to help you lose body fat. 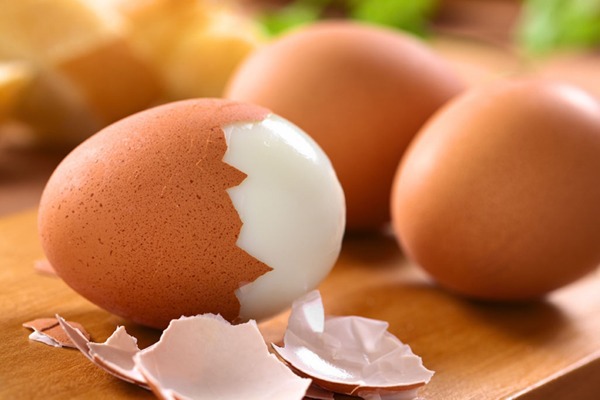 A new trend in American Pho is the option to add a hardboiled egg. We say to go for it! While eggs used to be blamed for spiking cholesterol, they've recently taken the nutrition world by storm in a majore comeback. With just 80 calories, around 6 grams of protein, and choline in the yolk (a nutrient proven to fight belly fat), eggs have become a staple in most healthy diets. Get the full Pho experience for all it's cracked up to be and add that egg to your soup. 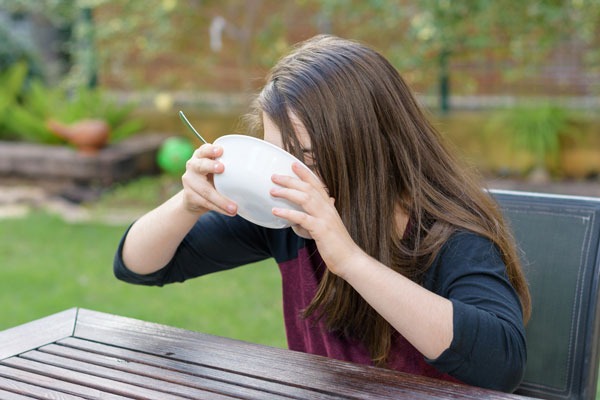 That's right. Drop your utensils, pick that bowl up, and slurp away! A recent study at Brigham Young University found that making "eating" noises during a meal (i.e. chomping, crunching, slurping, chewing, etc.) can help you eat less and ultimately lose weight. In Pho etiquette, it is perfectly acceptable to put down your chopsticks and go face first into the bowl.

Leave It To Lose It 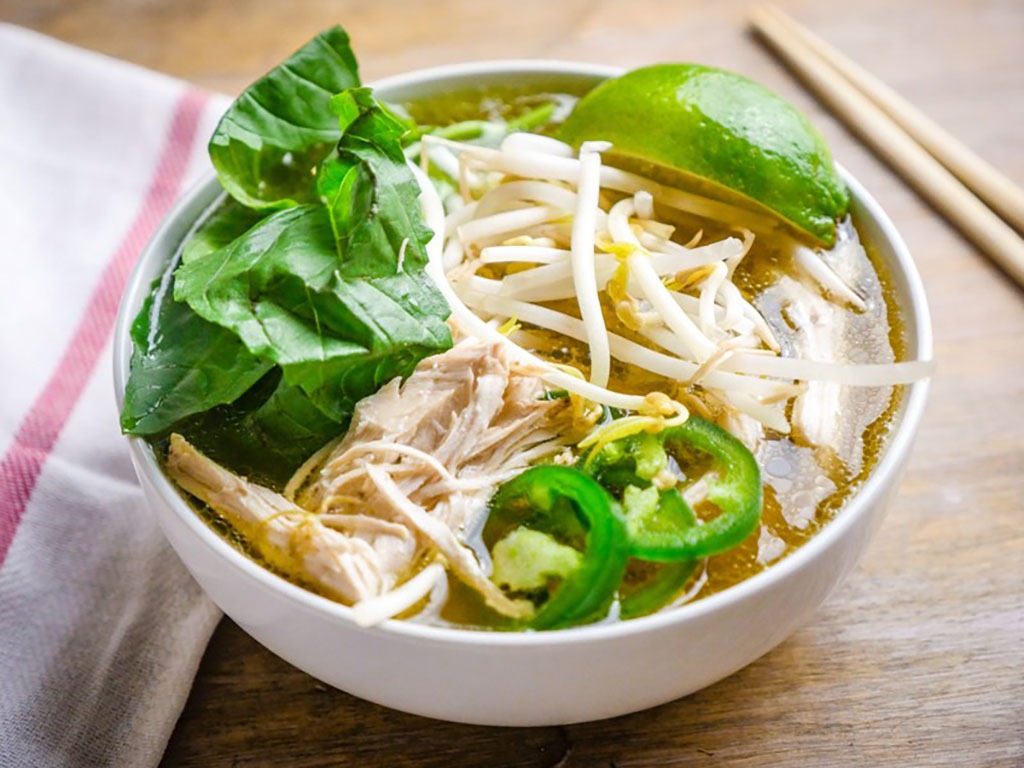 Don't get too carried away with your slurping, though. Pho is specifically made to have excess broth for the purpose of cooking the ingredients. The extra broth allows the meat, rice noodles, and veggies to be completely submerged, but this broth is often extremely high in sodium. Part of Pho etiquette is leaving some broth at the bottom of your bowl. Practicing this etiquette is the perfect way to limit your calories and sodium intake while seeming like a Pho expert!

A Pho A Day Keeps The Doctor Away

Pho, particularly the broth, has high levels of vitamin C, vitamin B3, vitamin B6, folate, iron, and magnesium. These are all nutrients that are vital for the immune system and for fighting fatigue. Working a little more Pho into your diet could help you fight sickness and keep you feeling awake.

If you're living the GF life, good news: The noodles found in traditional Pho recipes are gluten-free. These noodles are made with rice flour so if you suffer from gluten allergies or simply are trying to reduce your gluten intake, Pho is a great meal option. What a delicious way to whittle your wheat and whittle your waistline at the same time.

Rev Up Your Metabolism 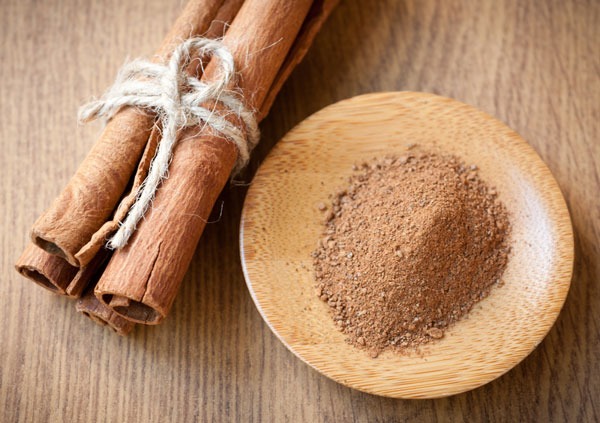 While we talked about the meat factor in Pho broth, there are several other ingredients that go into it as well. Along with the beef and chicken, spices like cinnamon, ginger, and cardamon are mixed in to produce that distinctive Pho flavor. Thankfully for us, cinnamon, ginger, and cardamon have been proven to boost metabolism. To learn more about your metabolism, read things you did today to slow your metabolism.