Eat fresh? Not always, according to some of Subway's current and former sandwich artists.

Known for their "fresh" and low-fat sub combos, Subway has gained quite the health halo in the food industry. And despite the numerous fat and calorie bombs making cameos on the menu, the sandwich chain has managed to axe preservatives and other unhealthy ingredients from their customers' orders. But does all of this mean you're really eating fresh at Subway?

After quitting, getting fired, or just engaging in a good ol' rant, former and current Subway employees virtually let off some steam about their sandwich-stacking jobs on sites including Viral Thread, Leak Forums, and Reddit—the internet's most accessible burn book. After parsing through the confessionals, we shared the fast food chain's most insane management practices and the menu options deemed as questionable as the deli meats. Once you ponder the accuracy of these reported revelations, snoop through our ranking of 16 Best and Worst Fast Food Sandwiches.

It's Not as Calorie-friendly as You Think 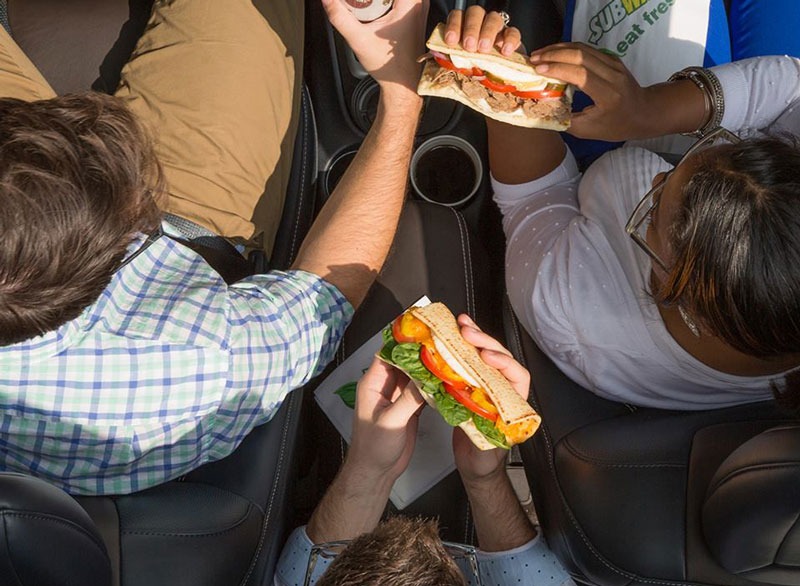 "When you walk into a Subway store, you'll see all of our menus have the calories listed with each sandwich, with eight sandwiches even listed as containing just 'six grams of fat.' What you can't read is the small print on the menu, which specifies that these values are only for a six-inch sub, on 'standard recipe' (nobody knows what the [heck] that is) white bread, with no cheese or sauce. The truth is, about 99% of customers have either cheese, sauce or both. So that means your 'low-fat' six-inch Subway with chipotle sauce and Swiss cheese (the most popular choices), goes from six grams of fat, to a whopping 19.7 grams!" former employee, Stefan Armitage, dished to Viral Thread.

Is Light Mayo Really an Option?

"Most of the time, whenever the light mayo bottle ran out, my manager would just tell me to fill it with regular mayonnaise… And this is pretty common in a lot of stores," the ex-sandwich stacker shared on Viral Thread. But, the seemingly deceiving employees may be doing you a favor rather than a disservice. Why's that? Having tested five mayo brands, we can definitely vouch for the full-fat condiments given their (usually) cleaner ingredients.

This is Why You Always Ask for More Veggies 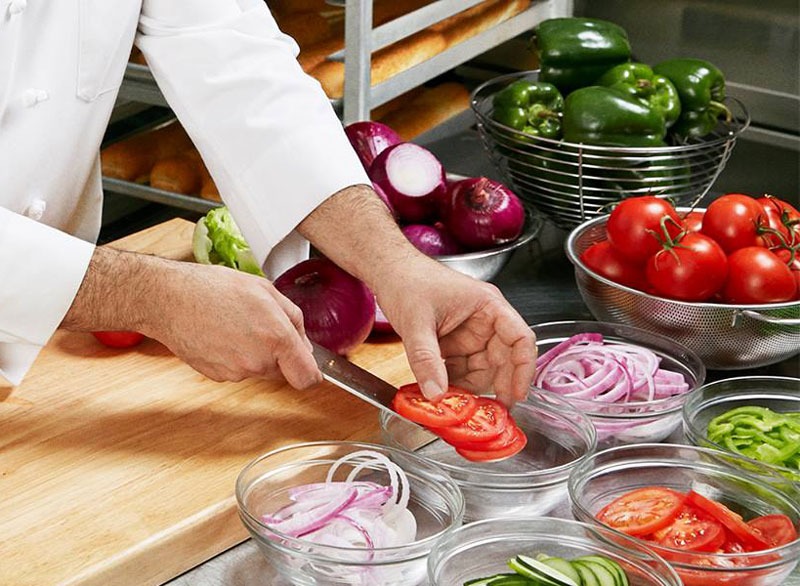 "I worked at a Subway for about a year and a half. Our store rule was 6 of each veggie on a footlong and 3 on a 6-inch. Our manager was a stickler for this because keeping the food cost down meant she got a bigger bonus at the end of the year. Needless to say, when the boss was away, the subs I made got loaded with veg," a former employee admitted on Reddit.

They May Have a Secret Menu 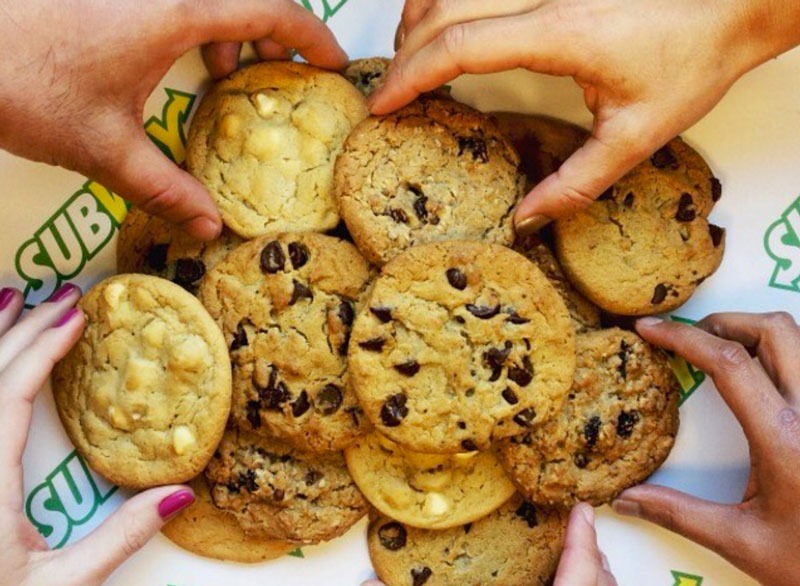 Ever wondered how Subway's signature chewy cookies taste raw? Apparently, Subway's secret menu can fulfill those cravings. "Our cookies are frozen, and we have to cook them at 160 degrees for 11 minutes. . . If you go into a Subway, try asking for frozen cookie dough!" one Reddit user spilled. This is totally good news for raw cookie dough lovers, but bad news if Subway's trying to avoid a salmonella lawsuit any time soon. 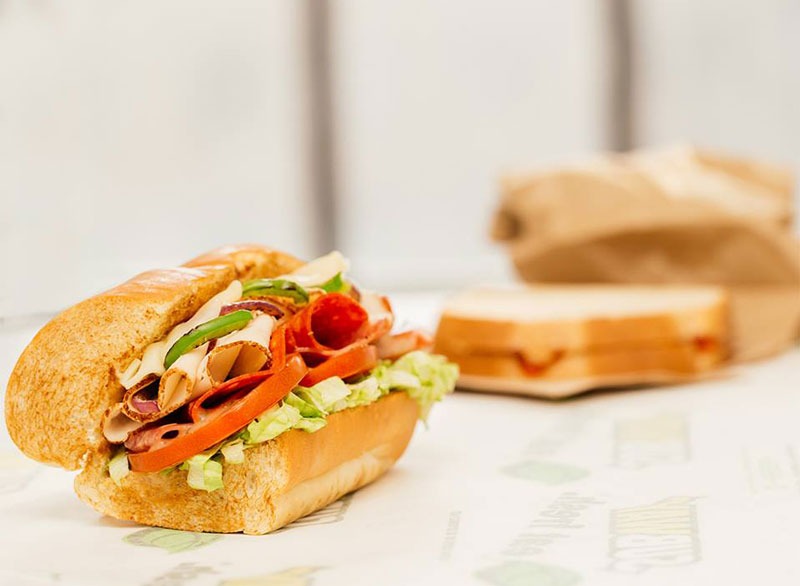 "I work at subway, the turkey is 60% turkey, the rest being chicken and turkey flavoring." happykev told Leak Forums. Whether or not this is true, we recommend sticking to these 29 Best-Ever Proteins for Weight Loss. 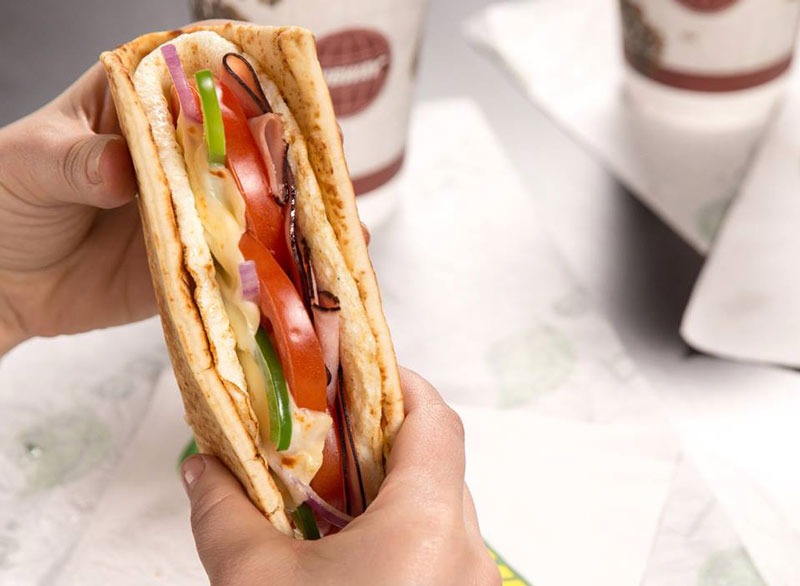 "Fancy getting more bang for your buck? Then order flatbread! The way flatbread is made and prepared means it actually measures 14 inches in length. This does result in more calories, but if you're just after a monster meal, go flat!" Stefan said. Although Subway offers two flatbread sizes, the six-inch and the 12-inch (which Stefan claims is actually two inches longer), we recommend opting for the smaller portion. That's because the six-inch multigrain flatbread packs in an impressive six grams of fiber (which is more than any other bread offering at the chain) and eight grams of protein for just 220 calories! 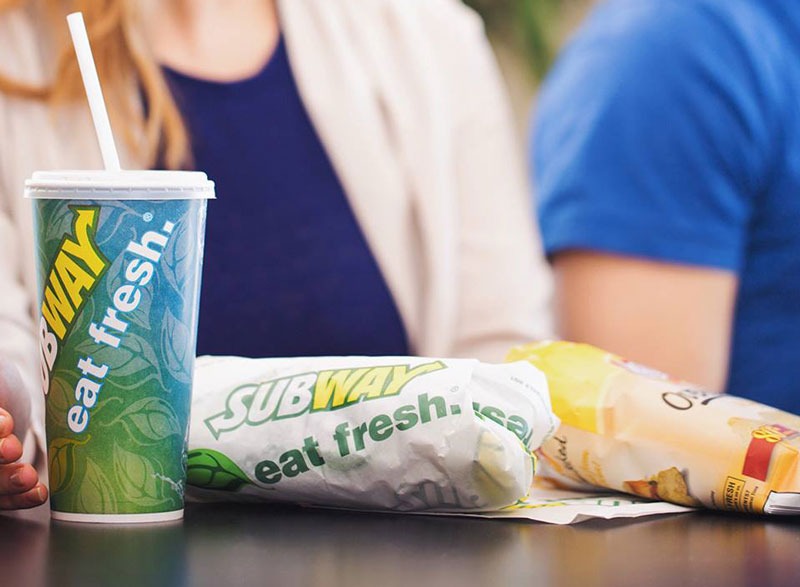 "Friends would always ask me, 'Is there anything I shouldn't eat', and I'd always reply, 'avoid the chicken.' Subway chicken is given a two-to-five day shelf life depending on the variety. The chicken teriyaki SHOULD be thrown out by the fifth day, but a lot of employees just change the date to avoid throwing it out. This means, with shift changes, varying staff and other factors, five-day chicken could be out as long as nine days." Stefan advised. Yuck! So which protein should you order at the sub shop? "The freshest meat in store will always be the steak, so I'd always recommend that!" he added.