The Secret Trick for Walking for Exercise, Says Harvard

How to use the "Perceived Exertion Scale" to ensure you're walking fast enough.

Fact: Walking more every day is integral to your daily health and your longevity. As William Kraus, MD, a professor at the Duke University Molecular Physiology Institute, once described to The New York Times, "the little things that people do every day"—such as walking while shopping or simply climbing escalators instead of standing idly on them—"can and do add up and affect the risk for disease and death." In 2018, in fact, Kraus oversaw an eye-opening study that found that those who move around for small periods, and lightly exercised for fewer than 20 minutes every day, had a much lower chance of dying earlier.

But walking, if you're more serious about it, isn't just about basic benchmark health maintenance—and staving off the grim inevitabilities of father time. As we've reported time and again at Eat This, Not That!, you should never listen to anyone who tells you that walking isn't a great workout that can result in gains, including a leaner body and better cardiovascular fitness. "Walking is a really good form of exercise and can help you reach your fitness and weight-loss goals," John Ford, a certified exercise physiologist who owns and operates New York's JKF Fitness & Health, once described to NBC news. "I don't scoff at walking. In fact, walking is the suggested workout over running for many people. Walking is a lower impact exercise and can be done for longer periods of time."

Related: One Major Side Effect of Sitting on the Couch Too Much, Says New Study

The key to getting fitter and leaner while walking is to improve your intensity, vary your workouts, and even trying your hand at interval training. According to a new article published by Harvard Medical School, the best way to get more out of your walking workouts is "to tailor workouts to specific fitness goals" by learning how to pinpoint the exact intensity of your walks.

"If you are brand new to fitness walking, just walking at a steady pace for five to 20 minutes several days a week, or just five minutes several times a day, is a great start," Lauren Elson, MD, the medical editor of the Harvard Special Health Report Walking for Health, told Harvard. "But soon you will want to raise your routine to a higher level."

The key to walking better for improving your fitness, says Elson, is to ensure that you're getting your heart rate up and you're working harder each time you go out. This, of course, means taking a "brisk walk," which is defined by the UK's National Health Service as a walking "about 3 miles per hour." "You can tell you're walking briskly if you can still talk but cannot sing the words to a song," say the health experts at the NHS.

To ensure that you're walking briskly enough for your fitness goals, Harvard's Elson recommends that you reference the "Perceived Exertion Scale," which can help you "gauge your exercise intensity." After all, you already know that performing a Burpee is intense—and so is a sprint around the track. But a walk in the park? You might need more of a reference to ensure that you're feeling the right things while increasing your intensity.6254a4d1642c605c54bf1cab17d50f1e

Read on to learn the full Perceived Exertion Scale, which rates intensity via your ability to talk and breathe. To make sure you're getting the most out of your walks, say the health experts at Harvard, you should aim to experience the effects of slide four ("Moderate/Talking Is Difficult"). And for getting more out of your daily walks, make sure you're up to speed on The Single Worst Shoes for Walking Every Day, According to a New Study.

At this intensity, you'll experience "restful breathing; and be able to sing." And for more great side effects of walking more, learn What Walking for Just 20 Minutes a Day Does to Your Body, According to Science.

At this intensity, you'll be able to "speak in complete sentences."

At this intensity, "speech becomes broken."

At this intensity, "breathing becomes heavier." 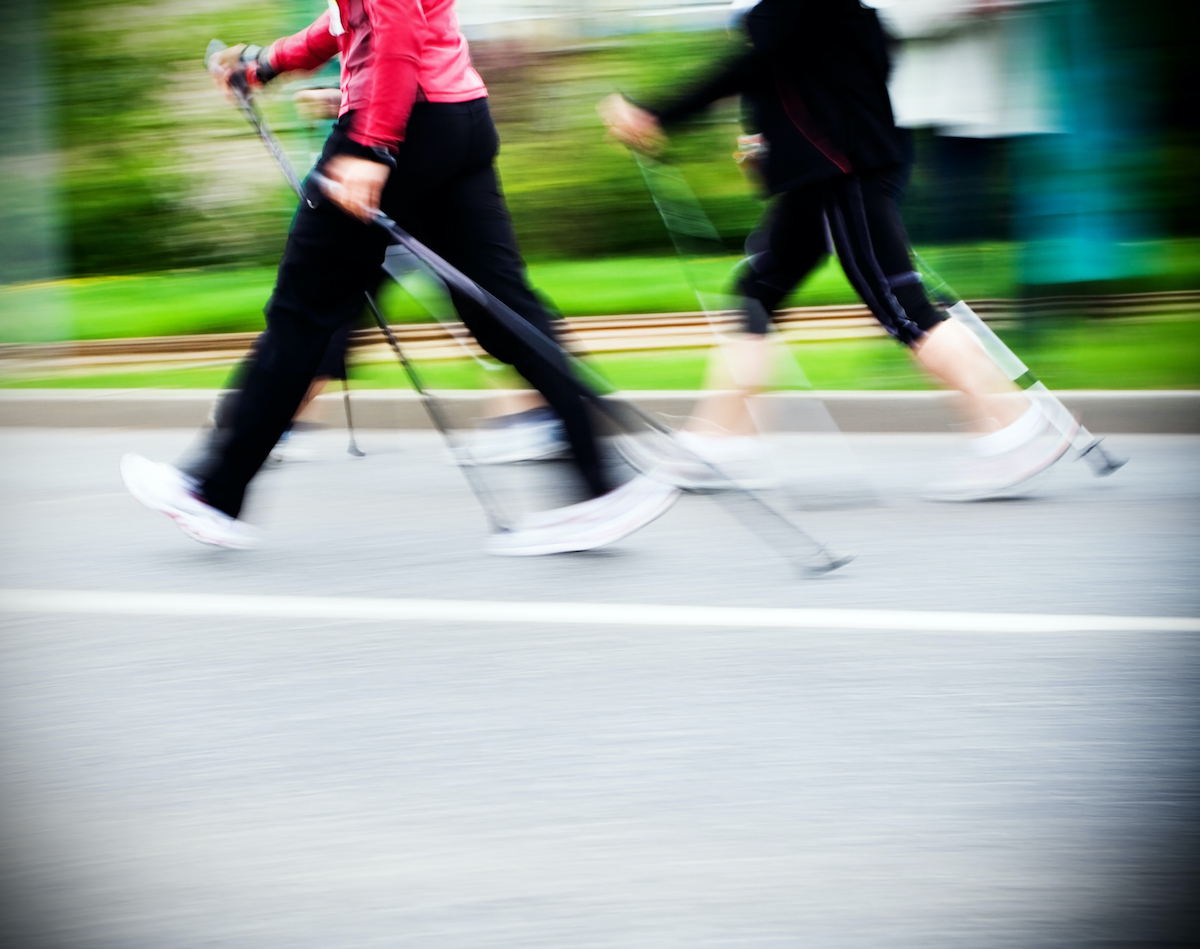 At this intensity, you'll experience "labored breathing" and won't be able to talk. 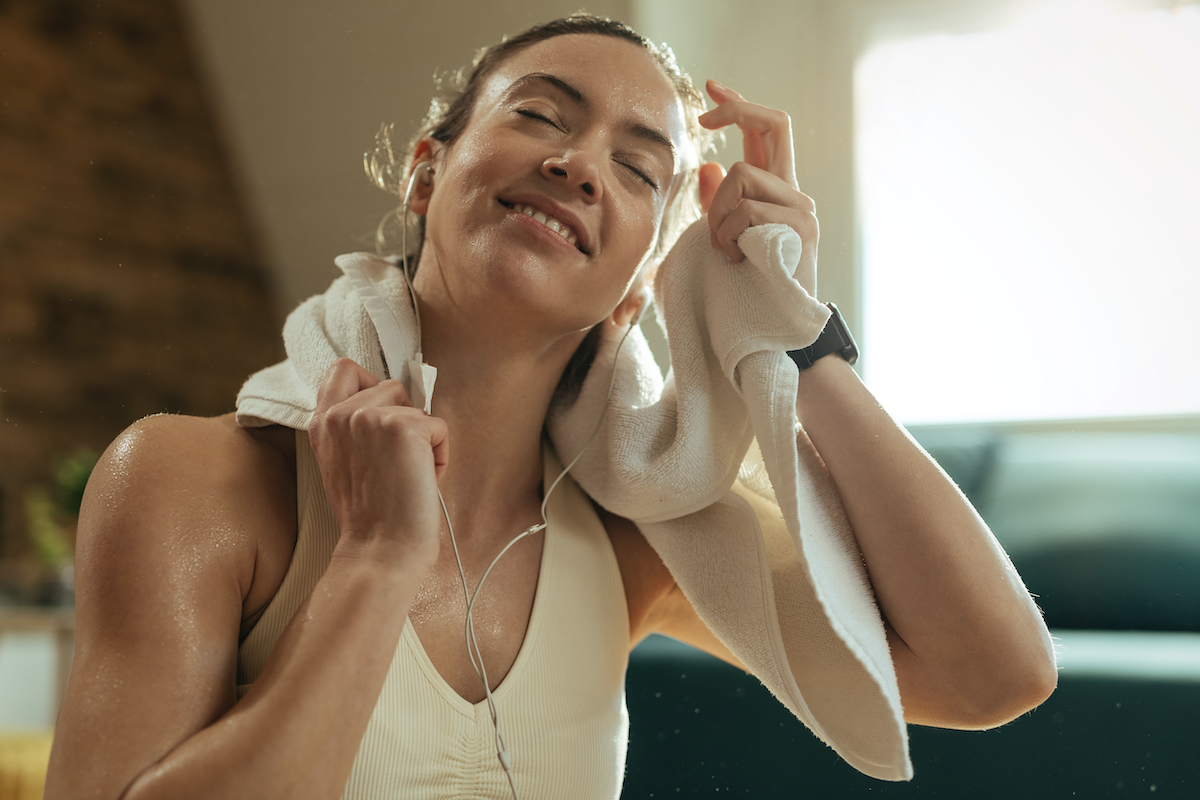 At this intensity, you'll be "gasping for air." And for more on walking for better health, make sure you're aware of The One Major Side Effect of Going on Single 1-Hour Walk, Say Experts.