13 Secrets About The Cheesecake Factory Every Fan Should Know

From hidden menu hacks to confidential recipes, there's a lot you don't know about the restaurant chain.

The Cheesecake Factory is one of the most popular chain restaurants in America. With a giant menu and more than 30 cheesecakes available, it's become a staple in suburban dining.

Whether you've never been to the popular restaurant or have visited it dozens of times, there's always something new to learn about this family-friendly eatery. For instance, did you know that the restaurant started in a basement? Or that the beloved cheesecakes actually aren't made on location?

Check out these fun facts you might've not known before about The Cheesecake Factory. And for more restaurant intel, check out 8 Secrets You Never Knew About Brazilian Steakhouses.

It started in a Detroit basement in the 1940s.

The brand's story starts in 1940s Detroit, where Evelyn Overton made her own version of a delicious cheesecake recipe she found in a newspaper. People loved her cheesecakes so much, she opened a small shop in the basement of her family's home. She eventually gave up her small business to raise her two kids, but her journey wasn't over yet.

The Cheesecake Factory was a bakery before it was a restaurant. 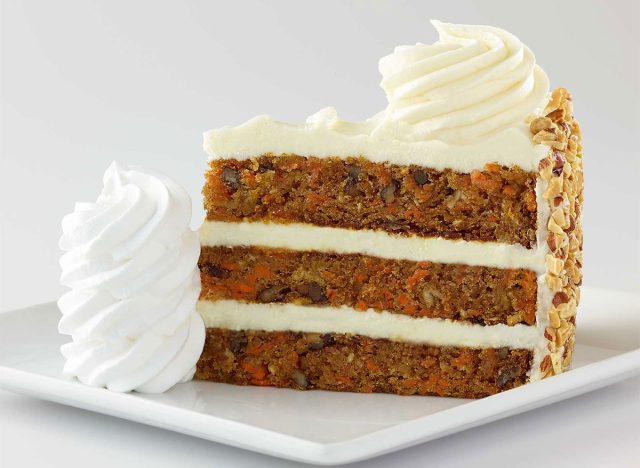 In 1972, Evelyn eventually opened her own bakery named The Cheesecake Factory Bakery and grew it to a modest size. She sold 20 varieties of cheesecake and other desserts to local restaurants around Los Angeles.

RELATED: The #1 Worst Thing to Order at The Cheesecake Factory, Says Dietitian

The first restaurant location opened in 1978. 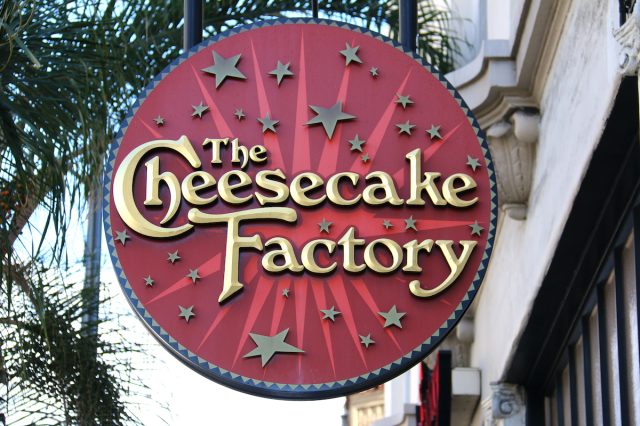 Evelyn's son David expanded the business by opening a restaurant in 1978 to sell his mother's cheesecakes. It started with an expansive dessert menu, and the restaurant soon became a success, eventually expanding to the hundreds of locations that are popular today.

There are more than 200 locations worldwide.

Although the chain started in Beverly Hills, CA, there are now locations in Toronto, Mexico, China, Qatar, Kuwait, the Kingdom of Saudi Arabia, and the United Arab Emirates. The Cheesecake Factory's global development plans also include more restaurants in the Middle East, Latin America, and Asia.

The cheesecakes aren't made at the restaurants.

The cheesecakes are actually made on-site at bakery production facilities in Calabasas, California, and Rocky Mount, North Carolina. The cheesecakes are shipped frozen to the restaurant locations, where they then defrost before being served to customers.

The food is prepared fresh daily.

"All of our stuff is prepared fresh daily. If it's a sauce that can't be altered for the dish, it is still a fresh sauce. Everything (mostly) on our menu is modifiable because we do have a scratch kitchen," shared Cheesecake Factory server and Reddit user ShhhDream.

RELATED: This Is the Most Popular Time of Day to Eat at the Cheesecake Factory, Executives Say

You can buy the sauce on your next visit.

"You can buy ANY sauce at the store! Visit the bakery and make your request," Reddit user ShhhDream also shared about the chain's popular pasta sauces. With about 100 different sauces made every day, the options are nearly endless.6254a4d1642c605c54bf1cab17d50f1e

The Cheesecake Factory is known for its massive menu, which features 21 pages and more than 250 items.

There are 35 different types of cheesecakes.

With decadent flavors such as red velvet, Reese's peanut butter chocolate, and dulce de leche caramel, you will never get sick of TCF's cheesecake offerings. Some are only available seasonally, such as the pumpkin cheesecake (available starting in September), and the peppermint bark cheesecake (available from Thanksgiving through the December holidays).

Although there are many different variations you can order now, David Overton insists that it's still his mom's original cheesecake recipe that's being used to make all of the decadent desserts. "We haven't changed the recipe of my mother. We just make new ones with new things inside: flavors. We just try to make it as good as she did. You can't patent it. Good cheesecake is just five ingredients. It's just how you mix them," he once said.

You can get cheesecakes shipped to your door.

Premium food and gift retailer Harry & David ships The Cheesecake Factory cheesecakes to your door. You can order through Harry & David online, over the phone, or via catalog. Although not all 35 cheesecakes are available, some of the flavors include original, white chocolate raspberry truffle, and chocolate mousse.

The chain is known for its honey wheat brown bread, which comes in a bread basket as an app before your meal. But if you're ordering a sandwich, you can ask for it to be made on brown bread instead. (This is an especially tasty swap for the club sandwich.)

You can DIY some menu items.

The Cheesecake Factory lists recipes for some of the most popular menu items on its website, including the almond-crusted salmon salad, cajun jambalaya pasta, and warm crab and artichoke dip—just no cheesecakes, unfortunately. That said, you can try to recreate them at home. Oh, and that famous brown bread we mentioned earlier? You can buy it in stores, as well as the brand's ice cream, too.