In moderation, alcohol can actually offer up some notable health benefits. Weight loss is just one!

You've heard over and over just how much of a downer drinking liquor can be for your health, weight loss, and attitude. But some studies have also shown that boozing on occasion has some perks. And we agree—as you keep your imbibing under control and sipping in moderation, you might just notice some benefits of alcohol!

So, this isn't a green light to down six beers or taste test every cocktail on the menu during your next company happy hour. But it's kinda nice to know that you can hit the bar and a enjoy a drink or two for the sake of your well-being. Check out our Eat This, Not That! guide for drinkers, check out the below benefits, and then bottoms up! 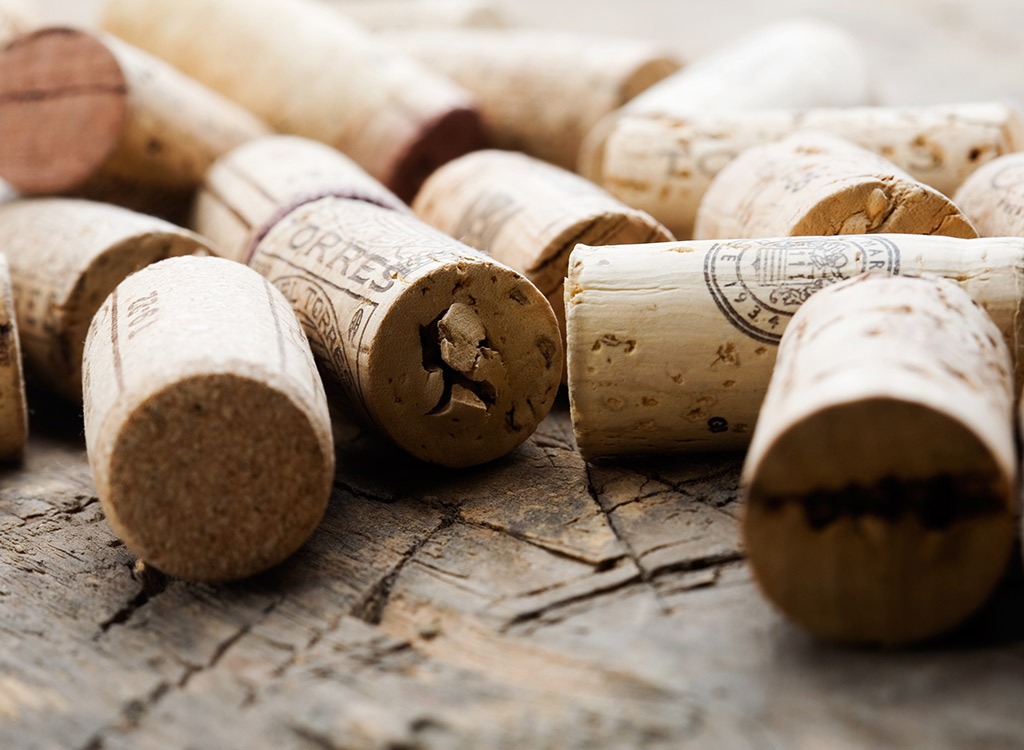 UB40 knew what they were talking about when they sang, "Red, red wine, you make me feel so fine." Turns out a bottle of red can help with heart disease, immunity, and more. 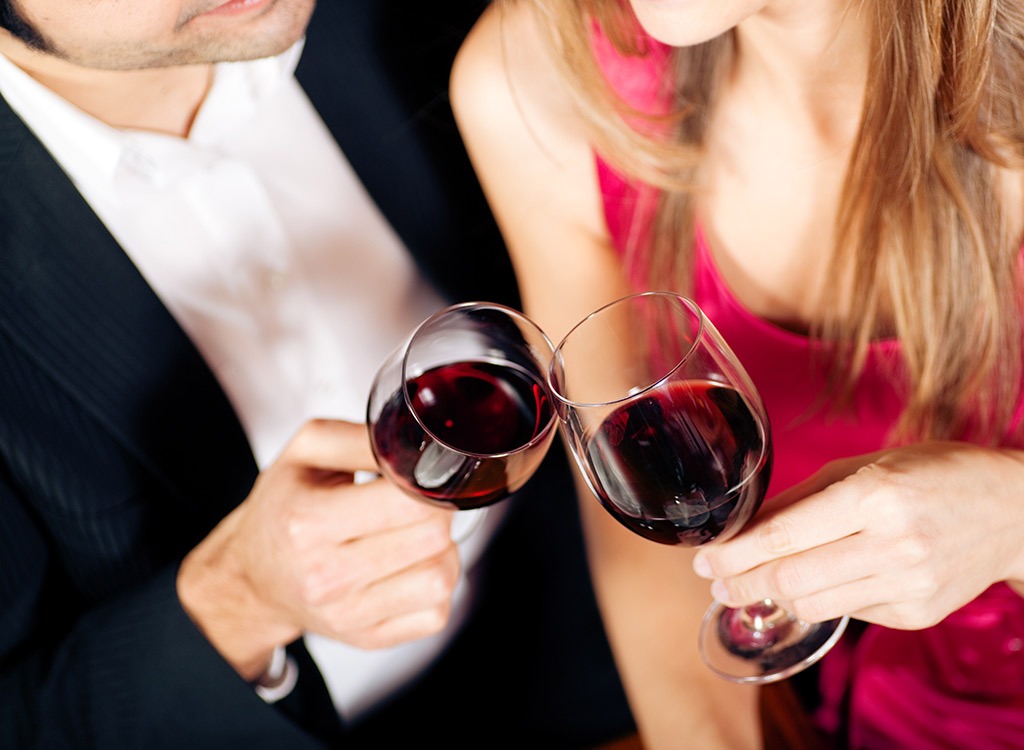 It's true: A glass of red could help you with your weight loss efforts. A study from Oregon State University revealed that the dark red grapes found in some types of red wine can help people manage obesity and a metabolic fatty liver, due to a chemical called ellagic acid. This chemical slows down the growth of fat cells and stops new ones from being created, which boosts the metabolism of fatty acids in liver cells.

We're not giving the okay to drink during a cold, but getting in the habit of drinking moderately can help prevent one. A study in the American Journal of Epidemiology found that the antioxidants in red wine can help you reduce your risk of a cold by a shocking 60 percent.

Red Wine is Beneficial to Your Heart

We already know that wine is great for heart health, but a Rhode Island Hospital study that compared pinot noir to vodka found that red wins. Researchers fed vodka and wine to two out of three groups of pigs along with a high-fat diet for seven weeks. And while both groups that had vodka and wine both saw cardiovascular benefits, pinot noir's antioxidants, high resveratrol content, and pro-angiogenic and anti-inflammatory properties made the alcoholic beverage the winner in this study. 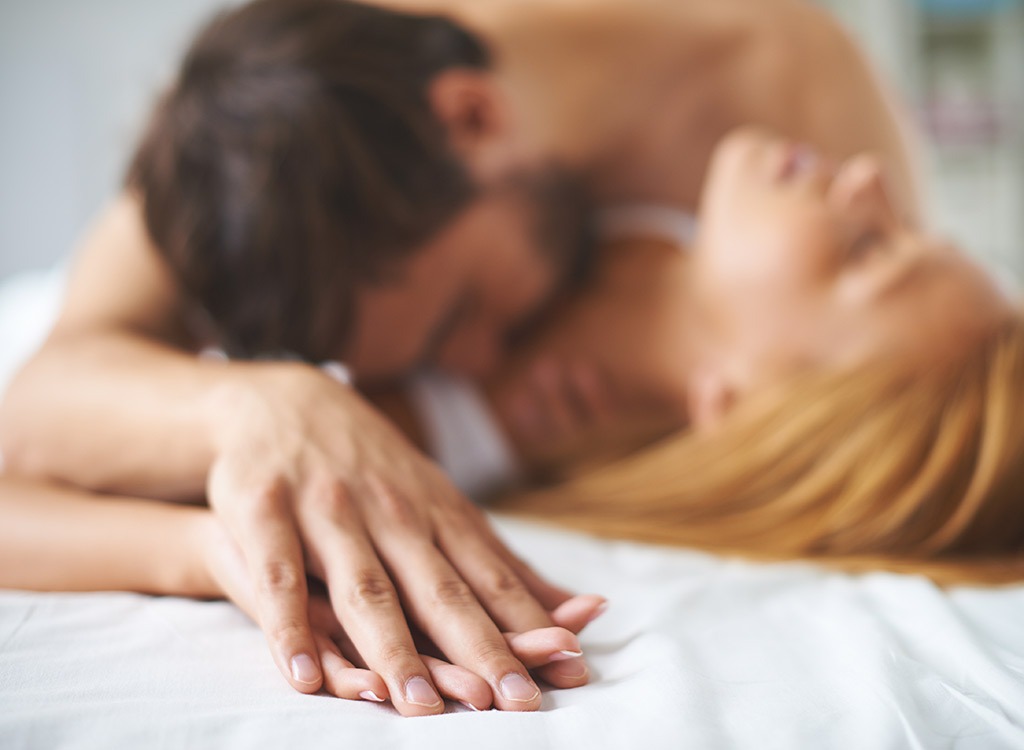 Scientists from the University of Western Australia found that wine drinkers experienced lower rates of erectile dysfunction than those who don't drink. And the lower rate was significant, too: 25-30 percent! What's the reason you ask? Well, the heart-healthy antioxidants present in wine may deserve all the credit.

And for Women, It Offers Libido-Boosting Powers

Women who drank one to two glasses of vino had heightened sexual desire, compared to ladies who didn't down any vino, a Journal of Sexual Medicine study found. What makes the elixir so beneficial is a rich antioxidant profile that triggers nitric oxide production in the blood, which relaxes artery walls. This increases blood flow down south, creating feelings of sexual excitement.

Red Wine Can Boost Your Memory 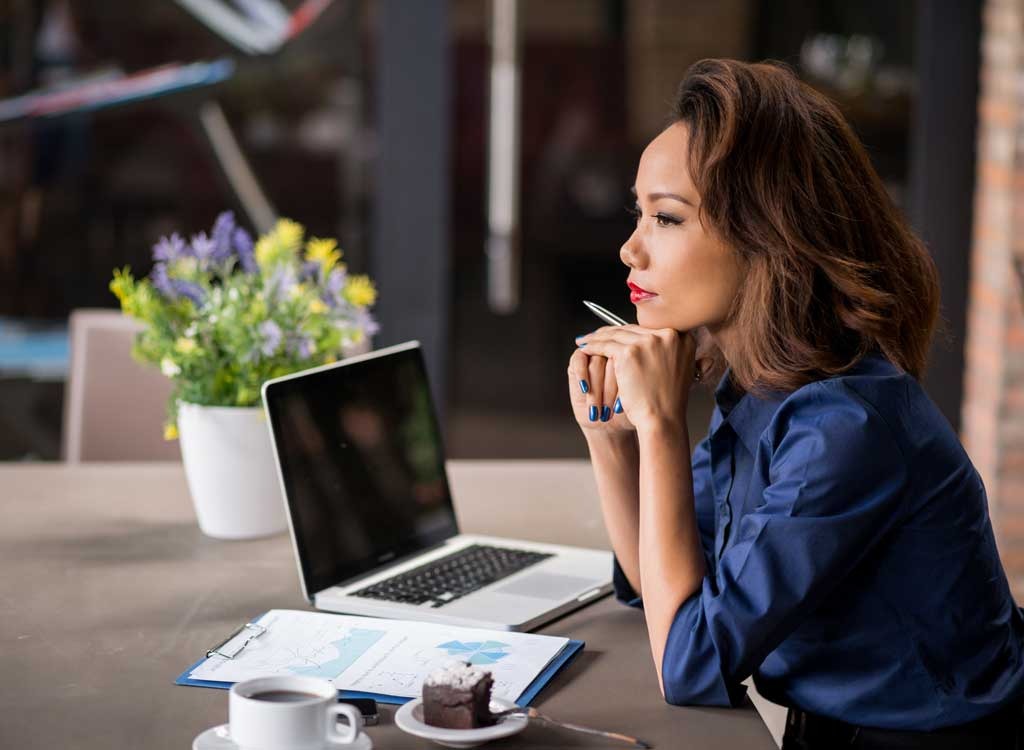 Ever notice how wine nights with your friends always end with a trip down memory lane? Well, this study could shed some light on that scenario. A 2015 study by Texas A&M University found resveratrol, a compound found in the skin of red grapes, can improve memory and cognitive function in rats. So, next time you accidentally bring up an embarrassing story of one of your friends, just blame it on the alcohol.

Wine Can Make You Live Longer

If you look forward to that glass of wine or two every evening, there's no need to give up the habit. A Genes & Nutrition study found that resveratrol in wine can help induce the expression of several longevity genes that regulate cell survival.

Vino Can Boost Your Vaccine's Effects

Ordering a glass of wine with your meal can work in your favor during cold and flu season. A study published in Vaccine suggests that drinking wine with dinner a few times a week can help enhance the effects of vaccines. Researchers gave 12 monkeys smallpox vaccines, then gave them access to either 4 percent ethanol or sugar water with the same amount of calories (the control group). They tracked the monkeys' alcohol consumption for 14 months, vaccinating them again after the first seven months. Although the monkeys all responded to the first vaccine similarly, the moderate drinkers of the test group saw increased vaccine response than both the non-drinkers and heavy drinkers after the second.

It seems that red wine gets all the credit for being healthy, but fear not white wine lovers; there's been previous evidence that supports white wine as the better option for weight loss. A study in the Drugs Under Experimental and Clinical Research journal found that white wine's phenols have a higher antioxidant count than the ones found in red. These wines for weight loss are both waist-friendly and wallet-friendly.

A Glass of Cabernet Could Enhance Your Workout

Or any type of red wine for that matter. Research published in the Journal of Physiology found that the resveratrol found in most red wines can enhance exercise performance, improve muscle strength and heart function—all benefits similar to endurance training. 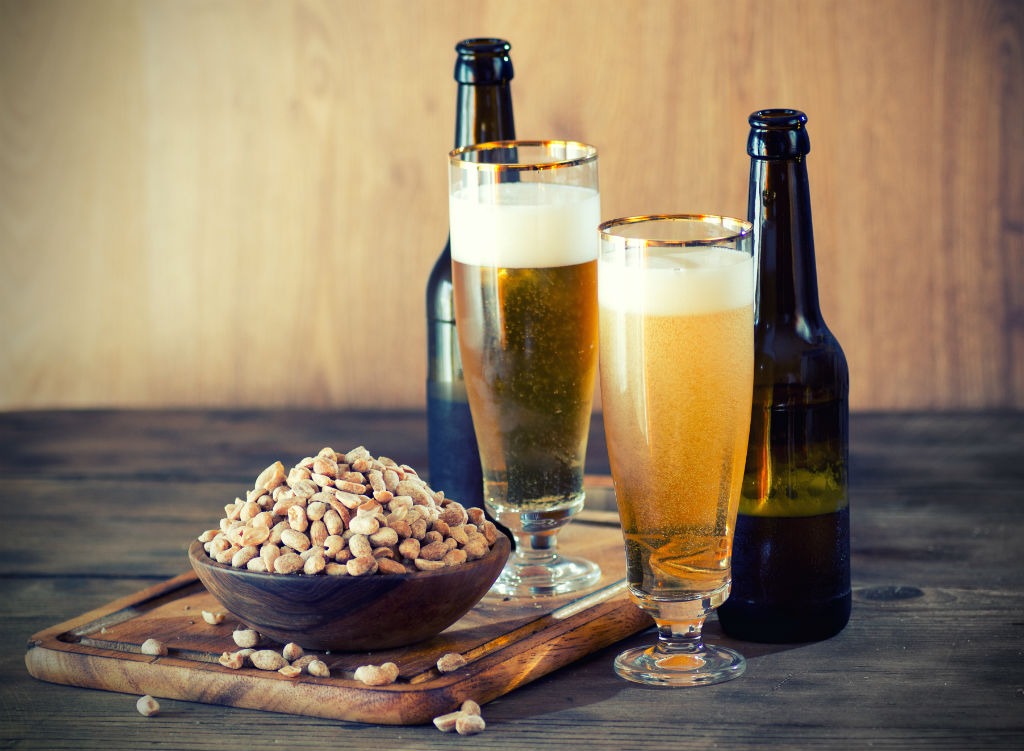 With its high calories and reputation as "liquid carbs," beer seems to be anything but a healthy option at the bar. (Can you say beer belly?) But, research proves that an ice cold brew can do wonders for the body. Just a rule of thumb: just as you would go redder with wine, go darker with beer to reap the benefits (more on that later). Find out why we're saying cheers to beer! 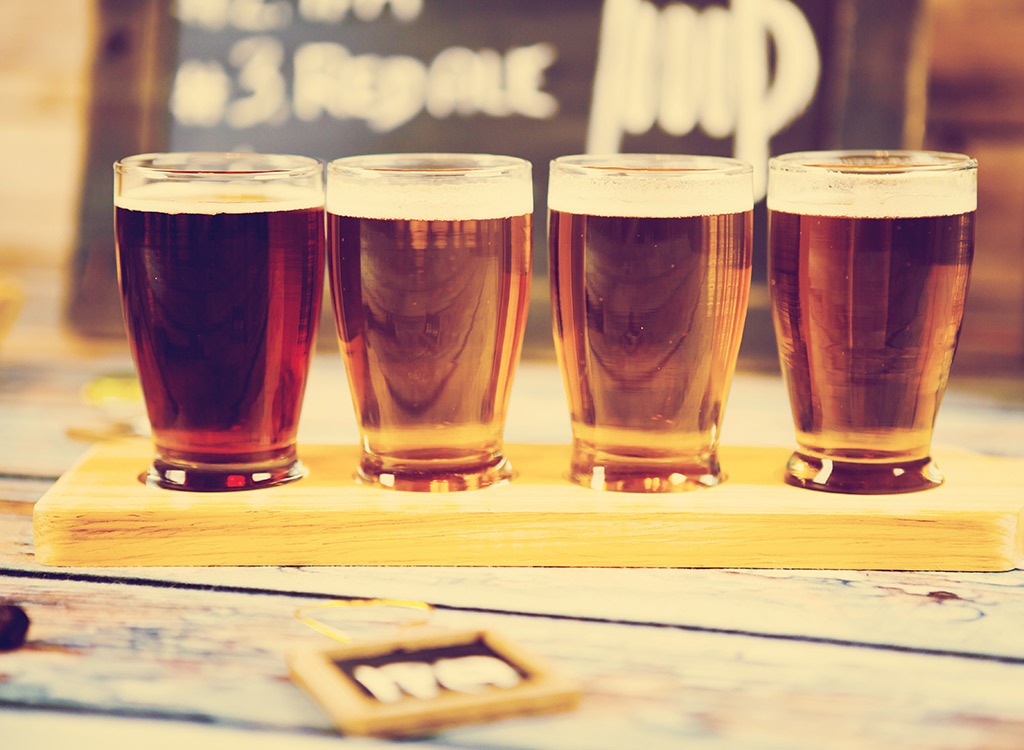 Whether you're a fan of Bud Light or Guinness, beer is packed with B vitamins riboflavin and thiamin, plus high levels of magnesium, and calcium. But dark beers do have a slight advantage of being the better brew thanks to their high iron content, which helps oxygen circulate around the body better. Find out where your favorite brew stands in our guide on the best & worst beers for weight loss. 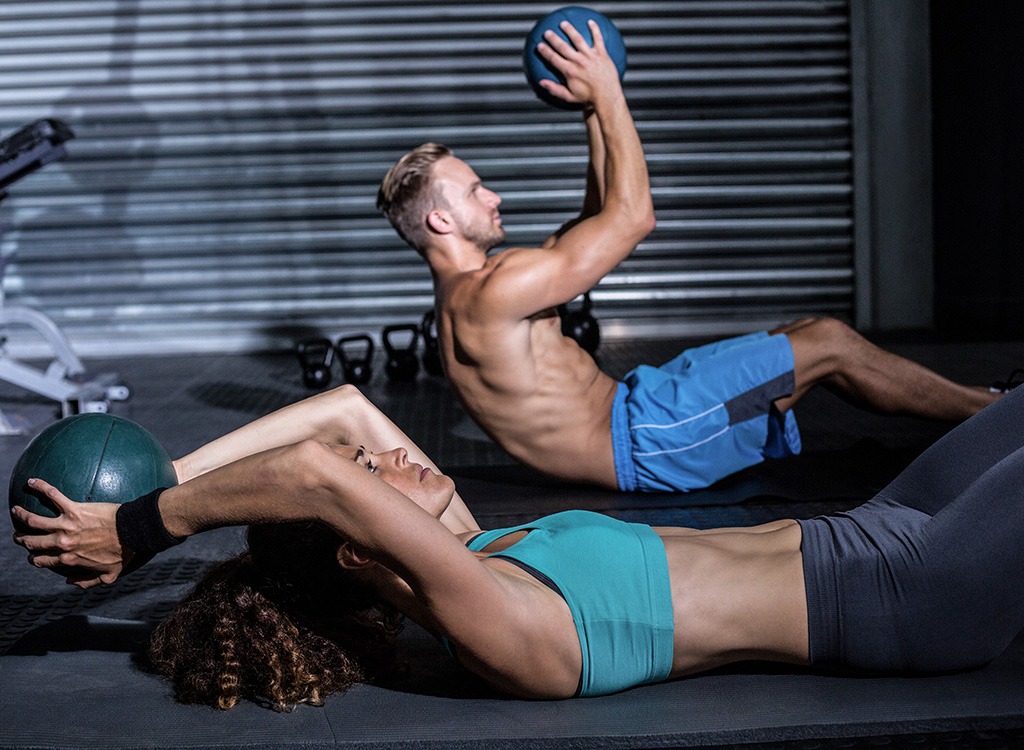 Yep, there is some truth behind the whole post-marathon beer thing! A Spanish study suggests that an ice cold beer can hydrate you just as well as water, making it perfectly ok to grab happy hour after an intense sweat session. 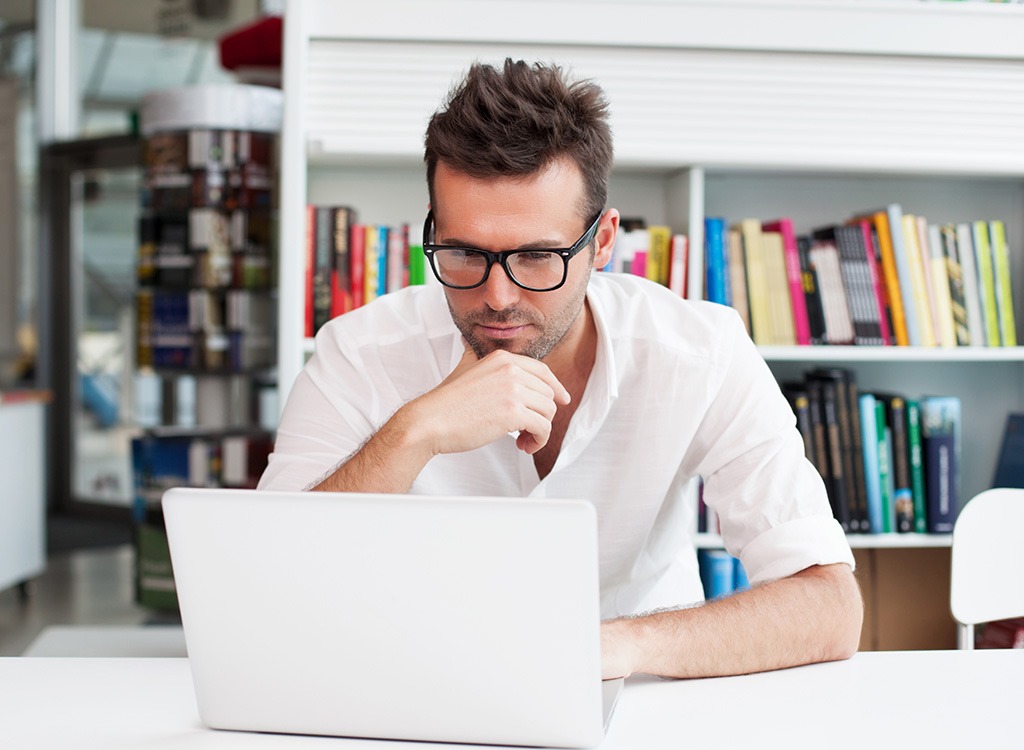 Cheers for beer! In 2015, the Journal of Agricultural and Food Chemistry reported that a compound found in beer called xanthohumol could protect brain cells from damage, thus slowing down the progression of Alzheimer's and Parkinson's Disease.

Beer Can Strengthen Your Bones 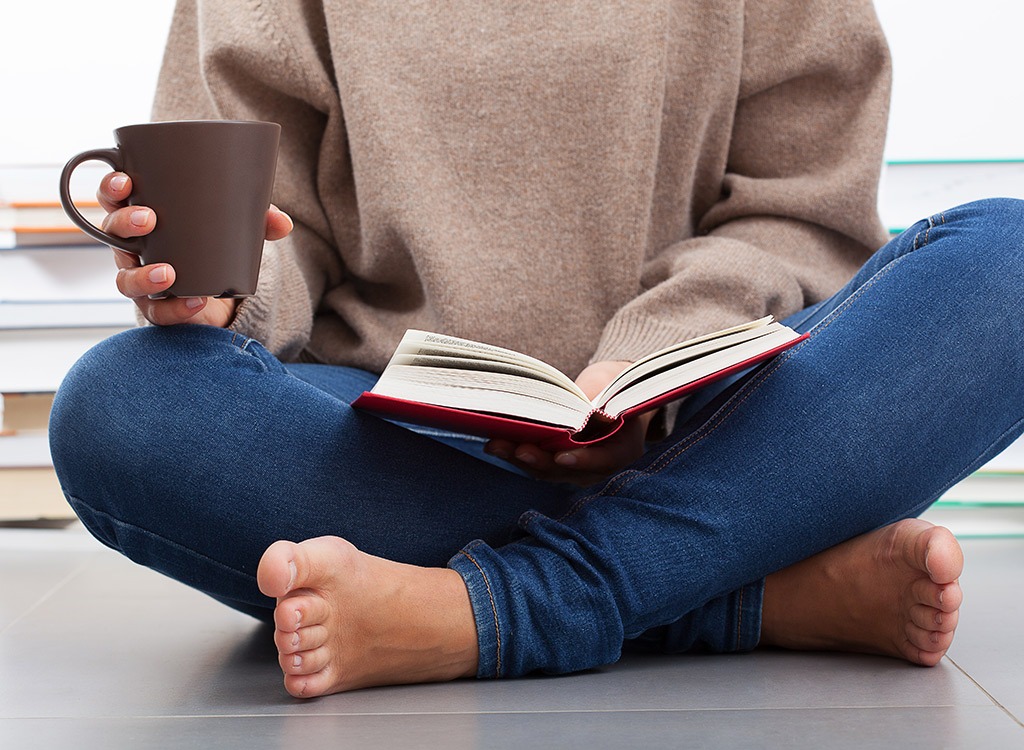 Beer's high silicon content is what's responsible for an increase in bone density, according to a study in the American Journal of Clinical Nutrition. Moderate beer drinkers who consume 1-2 glasses a day are more likely to have that effect, but surprisingly, it's women who reap the most benefits. The study reported that postmenopausal women who had two drinks per day saw their bone density increase up to 8.3 percent! Now, that's a great excuse to hit the bar after work. 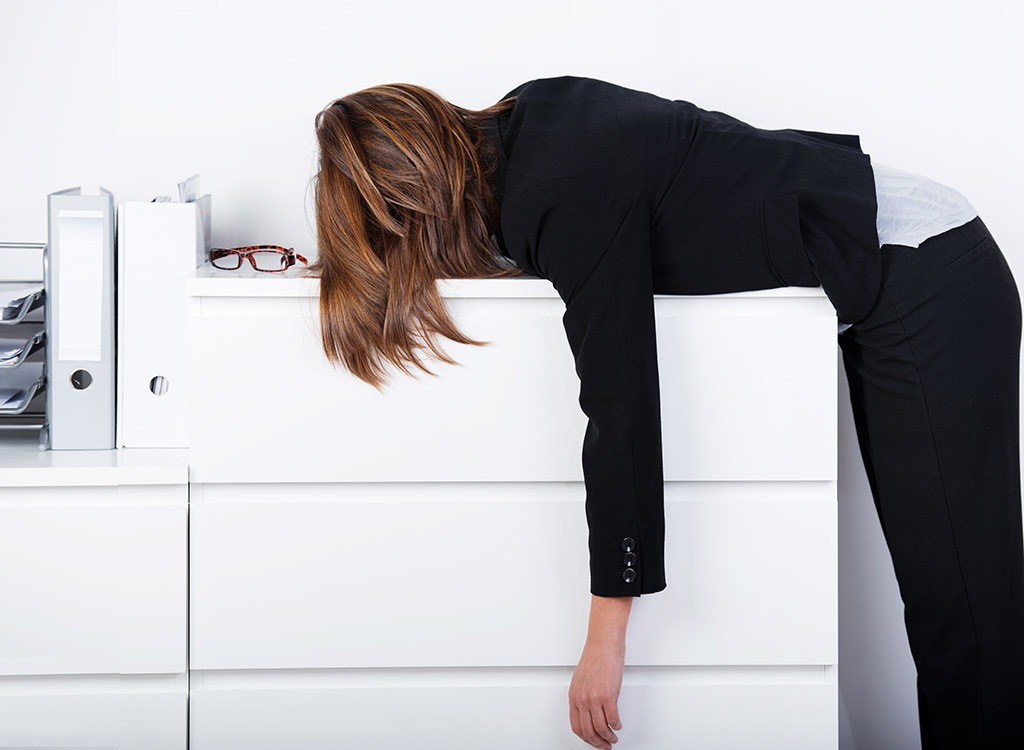 Another reason why beer should be a girl's best friend? A study in the Journal of Endocrinology suggests that the chemicals in the beer may act as phytoestrogens, which can help diminish hot flashes and lessen other menopause symptoms. That study is quite a bit dated, but it's worth a shot—er, a pint—if you ask us.

The accolades for the cold brew just keep on comin'. A Swedish study that was 32 years in the making confirmed that women who drink 1-2 brewskis per week have a 30 percent lower risk of a heart attack than those who drank heavily or none at all. And for you lovely ladies, we also have healthy foods for women to make a part of your diet.

A study from the Clinical Journal of American Society of Nephrology found that beer can help you reduce the risk of kidney stones by 30 percent.

Research suggests that people who drink in moderation are 40 percent less likely to develop diabetes than those who drank too much or none at all. But just a reminder: the magic number here is one or two. Any more, and you'll bump that risk up instead.

Category 3: Liquor and Other Spirits 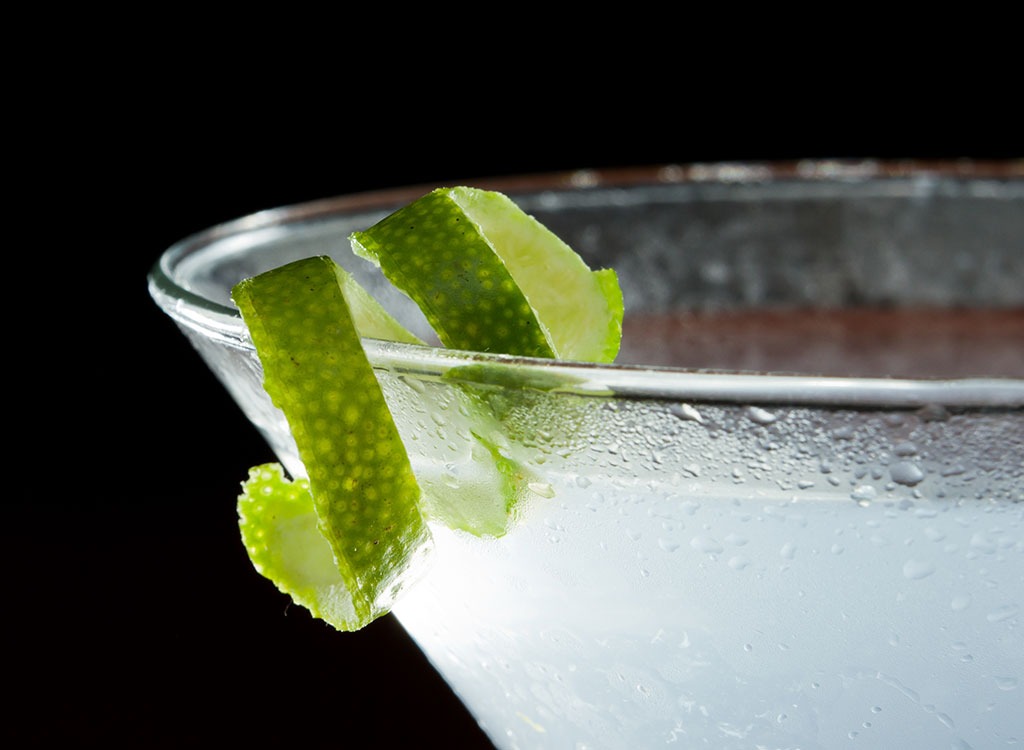 If you're one who prefers the harder stuff, then you're in luck! While gin, tequila, and other spirits are known to be stronger in alcohol, sipping on these liquors can help with weight loss, diseases, and even a sore throat. So, what do we have to say to that? Saluté!

As mentioned before, vodka can improve blood circulation, but the study above mentions that it helps the heart differently from vino. Vodka helps more collateral vessels to develop, which helps connect the heart to the lungs.

Tequila Can Help You Lose Weight 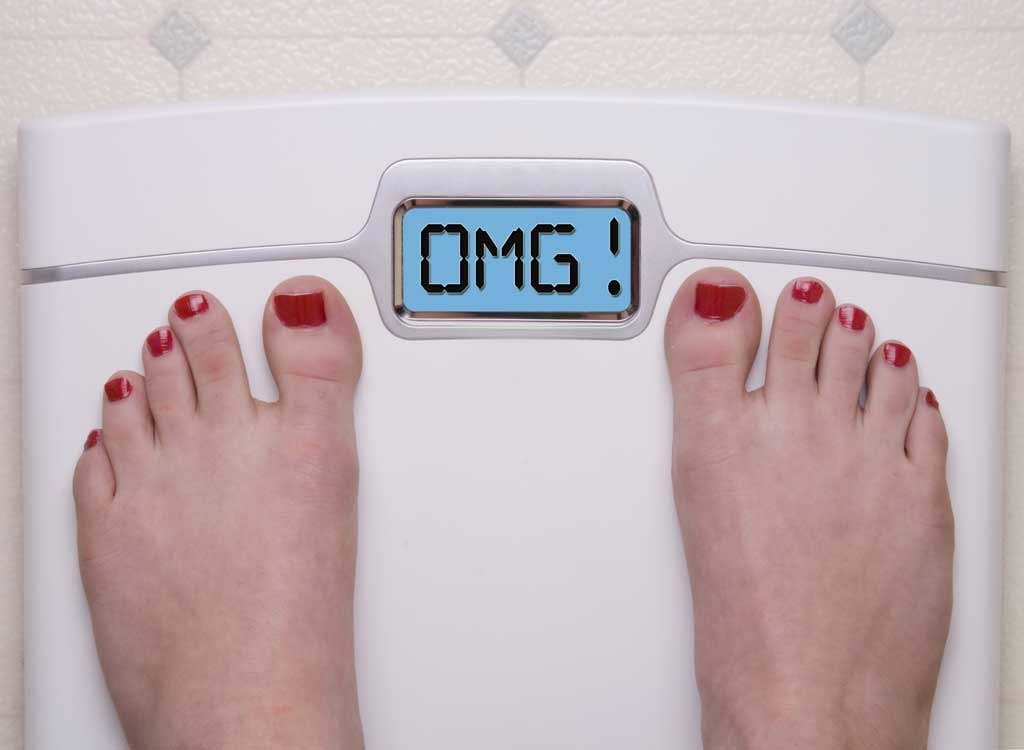 Sounds crazy, but we have the science to prove it. An American Chemical Society study suggests that the agavins (natural sugar) found in this Mexican liquor are better than artificial sweeteners at helping you shed the pounds. After scientists had given a group of mice agavins into their water, they reported that the mice had lower glucose levels and were fuller longer. So, next time someone offers you a tequila shot, go for it! Just stick to one, though. (We don't mean to be a broken record, but it's worth the echo!)

Cranberry and Vodka Can Boost Your Creativity 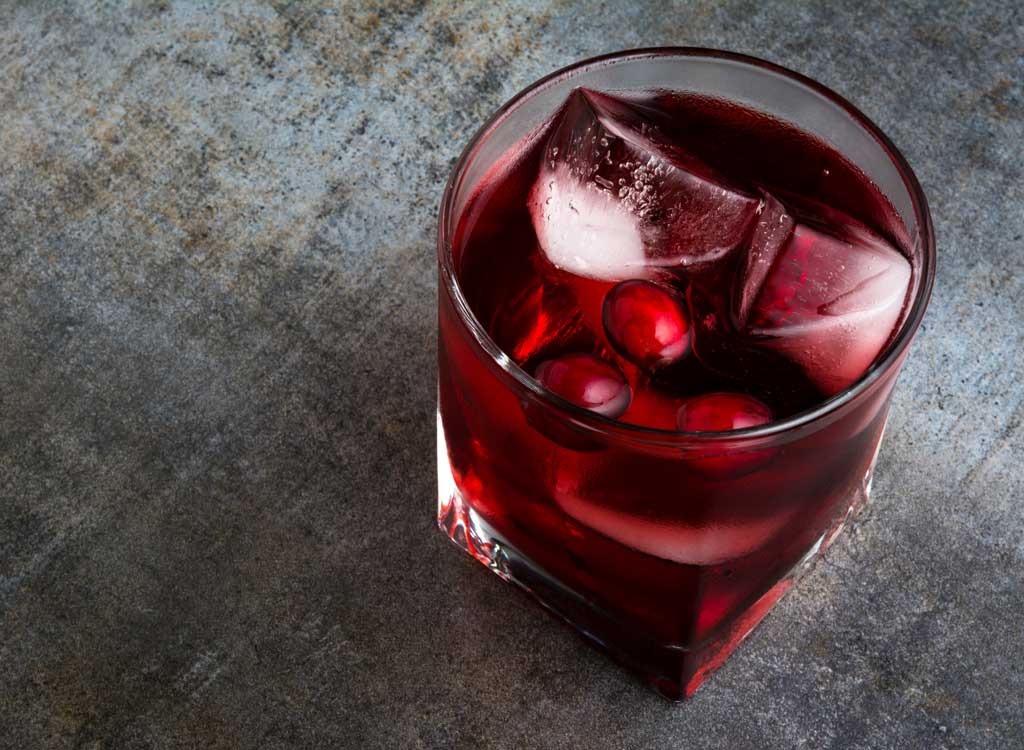 Next time you're stumped at a project, grab a cocktail. Cranberry and vodka can help get your creative juices flowing according to a study from Consciousness and Cognition. Researchers gave a group of men cranberry and vodka until their blood alcohol content reached 0.75 percent while the other group stayed sober and then asked them to complete a verbal puzzle while watching a movie. The men who boozed won the game! They solved the puzzle in 11.5 seconds while the teetotalers finished in 15.2 seconds.

Whether your choice of beverage is wine or bourbon, it can help soothe your muscles, according to a study published in the International Journal of Kinesiology & Sports Science. The study had male participants go through two rounds of exercise and then consume a small amount of an alcoholic beverage or placebo beverage. The results concluded that those who drank the booze reported less muscle soreness after recovery than those who consumed a placebo.

Whisky Can Help a Sore Throat

While wine can reportedly help prevent a cold, this quick fix might help if one still strikes you down. To reap the benefits of alcohol during chillier months, mix whisky with warm water and honey, and you'll find temporary relief to a sore throat. Like this DIY treatment? There here are 20 natural cures from your kitchen.