The Best and Worst Drinks for Your Penis

Drink to harder erections (and to avoid wine dick).

News flash: Your penis does not operate in a vacuum. (Well, let's hope not.) What we mean is, your diet can have a direct effect on your erectile health. We've pinpointed the best foods for your penis, but that's not the whole story. When and how you hydrate can make the difference between drowning in the sea of love and being stranded on dry land. Drinking each of these four types of beverages in the right measure may take your boner to a whole new level.

Booze: Not (always) Your Erection's Enemy

More than four centuries ago, William Shakespeare got to the heart of alcohol's supremely ironic relationship to man's core drive. Ol' Shakey had Porter, the gatekeeper at the Macbeth residence, pithily declare that booze "… provokes the desire, but it takes away the performance."

Since then, science has confirmed that too much booze impairs the ability to achieve an erection in both the short and long terms. That's mostly because overeager pre-gaming will decrease blood flow to your penis. And even if you do manage to get it up, being blotto will almost certainly decrease the intensity of your orgasm. Another way in which too much drink is bad for your dink: Studies show that 60% of STDs are transmitted when alcohol is involved. (Well, they do call it firewater.)

Does this mean that swearing off booze is your best bet for a diamond-hard erection? Interestingly, no.

At least one study has suggested that a moderate amount of drinking can actually improve sexual function. In 2009, scientists from the University of Western Australia found that drinkers experienced rates of impotence 25% to 30% below those of teetotalers. The heart-healthy antioxidants present in wine may account for sippers rocking more wood than both guzzlers and abstainers.

But moderate drinkers' superior turgidity might actually be due to the confidence a drink or two can imbue. A 2012 study by French psychologists showed that study participants who'd taken a drink (and even those who merely believed they'd been given alcohol) thought themselves more attractive. As we know, going in a little less inhibited and nervous can help make a very positive impression.

New research is demonstrating that alcoholic beverages aren't the only ones that can affect your potency, however. And while we're on the subject, the easiest way to make your member (look) bigger is by flattening your belly. Click here for eating habits that uncover your abs!

Water Keeps Your Plumbing in Order

Hardly what we might think of as high-octane boner fuel, H2O is as integral a part of our erections as it is every other bodily function you can think of. Water helps keep things moving around the body, including other fluids like the red blood cells and plasma that straighten out your penis during arousal.6254a4d1642c605c54bf1cab17d50f1e

According to a study conducted by a French physiologist specializing in male sexuality, a sudden decrease in the amount of plasma and red blood cells circulating in the body can lead to disconcerting floppiness. The more hydrated the system is, the more efficient the circulation becomes.

But there's a secondary reason why drinking eight glasses of water per day will likely pay dividends. In a dehydrated state, you produce a greater amount of angiotensin, a type of hormone that is commonly found in men experiencing having difficulty achieving stable erections. Feeling thirsty?

Studies conducted in the past few years supports the idea that citrulline, an amino acid found in high concentrations of watermelon, can be a big help to guys experiencing mild to moderate erectile dysfunction.

One of those studies (from the University of Foggia in Italy) took two dozen dudes with an Erection Hardness Score (EHS) of 3 (0 means that the penis does not enlarge at all; 4 means that it gets harder than a roll of quarters) and had them ingest L-citrulline for a month. Half of the guys managed an EHS of 4 after a month of supplementation and reported an increase in sex.

These promising results were in accordance with an 2008 study from Texas A&M which found that the L-citrulline and L-arginine in watermelon deliver Viagra-like effects to the body's blood vessels and may even increase libido. Although it's not organ-specific like Viagra, watermelon and watermelon juice have been shown to deliver a similar outcome without the side effects (stomach upset, headache, etc.).

For more foods that fight erectile dysfunction, check out these Healthy Foods to Eat for Arginine.

Coffee: the Second-best Part of Waking Up 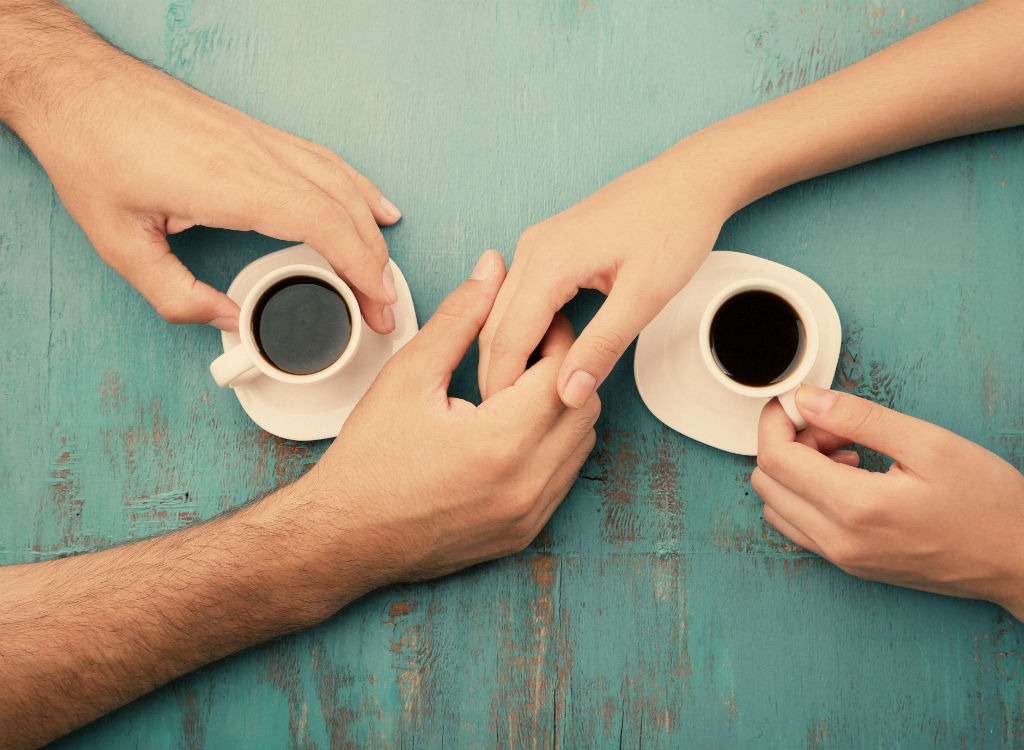 What is the link between caffeine and erections? I can't face the day without it, and after reading a 2015 study — which showed that men who drank 2-3 cups of coffee per day were 39% less likely to have erectile dysfunction than non-coffee drinkers — it's not a habit I'm kicking anytime soon. As with moderate red and white wine intake, it's thought that coffee consumption is a boon for cardiovascular health. As achieving and maintaining an erection is all about blood flow, that stands to reason.

The study's authors wrote: "Caffeine triggers a series of pharmacological effects that lead to the relaxation of the penile helicine arteries, and the cavernous smooth muscle that lines cavernosal spaces, thus increasing penile blood flow." Think of it this way: the blood vessels that deliver blood to your penis are like a lot of hoses you want to push fluid through. Coffee helps to unkink them. (It also helps prevent weight gain.) Make mine a Venti.