Frozen fries can do a world of flavor if you pick the right one!

Frozen french fries are a staple in most freezers. In an instant, they can be pulled out and placed on a tray to be baked or thrown in the air fryer to be a side dish with dinner or as a snack for kids coming home from school. And let's be really honest here, frozen fries with a cheeseburger at home is one of the best weekend meals. But what are the best frozen french fries out there?

Because of my love of french fries, I set out to determine which brand of frozen fries actually bakes up into something worthy of a place at the dinner table. I rated the fries based on how much they browned up in the oven, the texture of the cooked fries, how they looked after they were cooked, and how consistently cut they were—which can be a determining factor in the fries cooking evenly.

Here's what I tried:

Here's what I found as I tasted each of these fries, presented from best to worst. And if you're looking for the best ketchup to serve with your fries, check out We Tasted 6 Ketchups & This Is the Best!

Plus, don't miss 6 Things You'll See at Costco This Year. 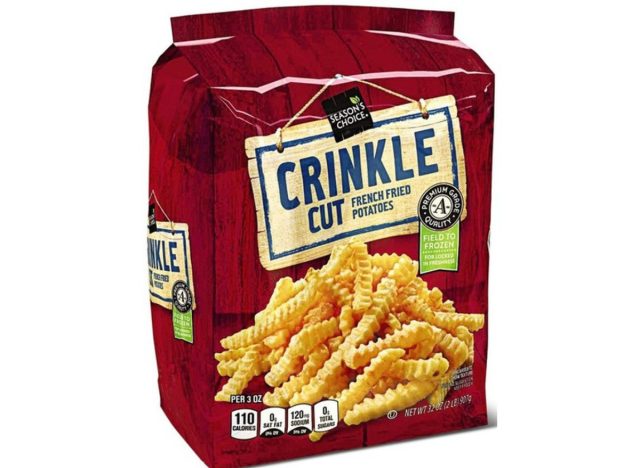 Season's Choice Crinkle Cut Potatoes were easily at the bottom of the list. These fries from Aldi are cheaper than name-brand alternatives, which is nice if you're on a budget, but if you're looking for the best fries then you're going to want to pass on these. The fries did not crisp up in the oven and were irregularly cut so each fry was a different size, making some soggier than others even after they were just pulled out of the oven. 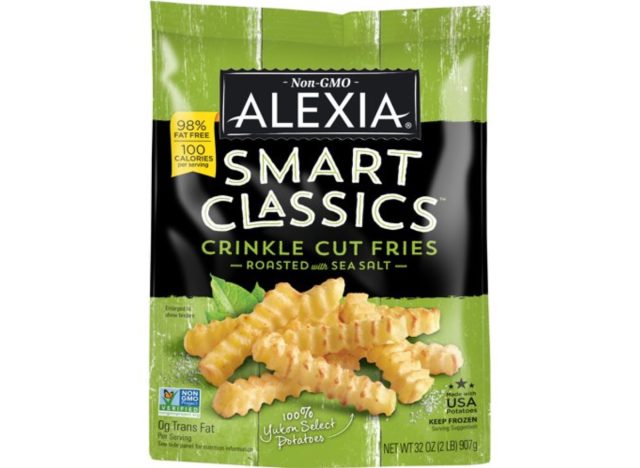 The crinkle-cut Alexia Fries were okay but not fantastic. I was apprehensive about these since they had a slight green tinge when I dumped the fries out of the bag. After baking they still had the same greenish-white hue but it didn't seem to impact the taste. The fries had a good taste, especially since they were already seasoned with sea salt before being bagged. I didn't need to add a lot of extra salt to these after they were done baking. The one downside to this bag of frozen fries was that the fries didn't crisp up in the oven and I was left with "just okay" fries. 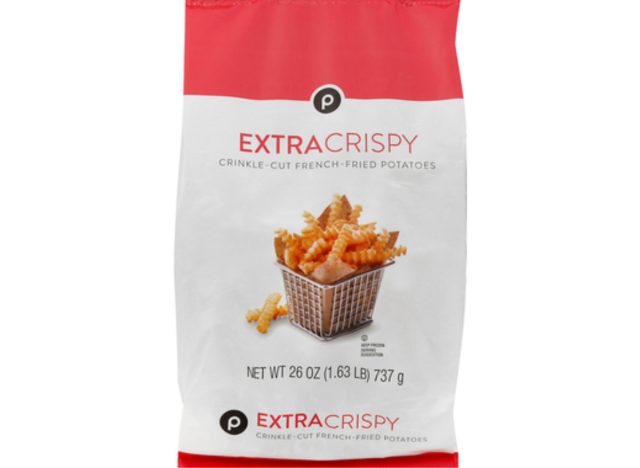 Store brand grocery items are often just as good as the big-name brands, and that's mostly true for Publix, but maybe not for its fries. The crinkle-cut fries tasted good and had a good ratio of interior soft potato to what would have been the crunchy exterior, but the outside of the fries did not get super crispy. The edges of the crinkle-cut did brown up nicely, but because the entire fry didn't get browned the fries were floppy and couldn't stand up to much dipping without breaking. 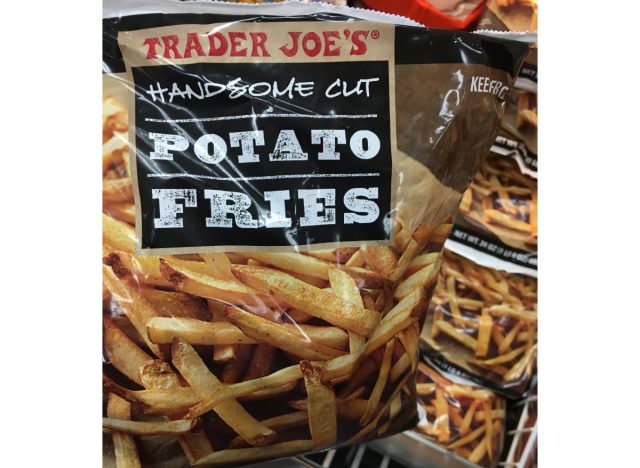 There's a lot to love a lot about Trader Joe's and the Handsome Cut Potato Fries are another thing to add to that list. These are the only frozen fries on the list that aren't crinkle cut, mainly because I couldn't find that at our Trader Joe's, but I was pleasantly surprised by this bag. While the fries were irregularly cut and no two were exactly the same, the fries browned up nicely and were super crispy. If your family doesn't like crinkle fries these are the ones I would suggest.

Ore-Ida is the brand that most people think of when it comes to frozen potato anything, which made these frozen fries the baseline that I judged all of the other fries against. While I was fully expecting these to come out in the number one spot, there was one fry brand that was slightly better. I did like that the Ore-Ida brand had consistent sizes between fries, and they browned up nicely in the oven making the fries crispy. The one downfall with this bag of frozen fries was that the interior on a few tasted a little undercooked, which could be because of a hot spot in my oven, but that didn't happen with the number one fry.

RELATED: We Tasted 9 Popular Crackers & These Are the Best 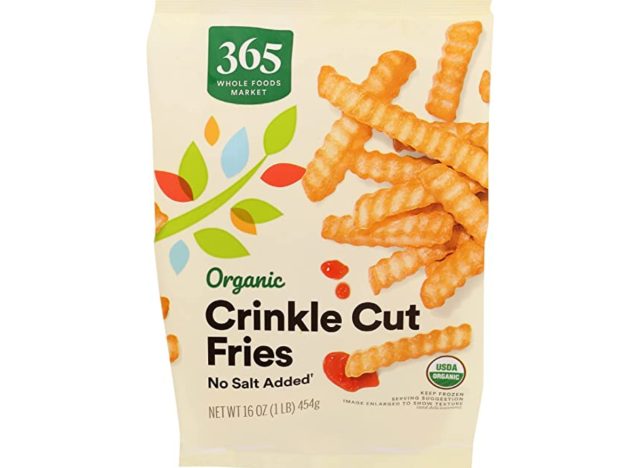 The best frozen french fry that I tried was the 365 by Whole Foods Market Organic Crinkle Cut Fries. These fries were the most consistent in size and got the most crispy in the time that the directions said to cook them. The fries were not flimsy or floppy and held up to lots of dipping. Each fry I tasted from this bag was cooked well, with a crunchy exterior and soft interior, just like any good french fry should have. If you're looking for the best frozen french fry, this is it by far.

Browse more of our exclusive tastings:

We Tasted 6 Packaged Chocolate Chip Cookies & This Is the Best!