Costco Members Say These Are the Best Snacks at the Warehouse

Snacks may be one of the best grocery items to buy in bulk, and Costco makes it too easy.

The fan-favorite warehouse knows exactly what its consumers want, and its snack selection is no exception. While their snacks at Costco are already top-notch, there are a few agreed-upon favorites from hungry Costco shoppers.

We gathered insight from Costco members on Reddit to learn exactly which snacks you need to purchase at Costco. Next time you find yourself pursuing the warehouse snack aisles, be sure to give these winners a try. Then, for more shopping tips, check out Costco Is Adding These New Items to Its Online Store.

With this snack mix, you don't need a bonfire to get the taste of s'mores. This bag will be having you grab graham crackers and marshmallows coated in chocolate by the handful, as Reddit users have shared just how hard this snack is to resist.

u/Alllegedly followed up by commenting, "I bought this once and inhaled it. I cannot allow it in my house anymore!"

To make your snack mix last longer, one user, u/Breakfastchocolate, suggested "adding extra cereal to the mix." (Although, you may still eat the whole bag in one sitting).

Nuts make for a hearty snack choice, and you can pick up Costco's Kirkland brand which is full of caramel candy flavor.

u/ChaserNeverRests describes the snack as "cashews + a delicious mix of sweet and salty." They're even worth making a second trip according to this user, as they said "If they're still in stock next time I go, I'm getting more bags for sure!"

Another Reddit member, u/ARJDBJJP admits to saying, "These are amazing. I just got them and have a hard time stopping once I start!"

Reddit users are loving the array of trail mixes they have on shelves. U/simpleout posted a picture of the warehouse's variety snack pack that consists of three different types; heart-healthy, omega-3 deluxe, and cranberry health, saying "the trail mix snack packs are great."

Each mix consists of dried cranberries and an assortment of nuts. While good to eat on the go, or to "keep a few in the car for snack 'emergencies'" as u/marvin_sirius suggests, they also make for great meal additions.

u/Afairiest comments that "they are also so good as a salad topper."

"I didn't know shrimps had cheeks," is along the lines of what many Reddit users commented on a thread started by u/konichihua.

But while a seemingly comical thread, users are saying that this snack is worth trying thanks to the unique flavor. The same user describes these bites as "umami tasty," and also suggests that "if you like Asian shrimp chips, you will love Crispy Shrimp Cheeks snack." 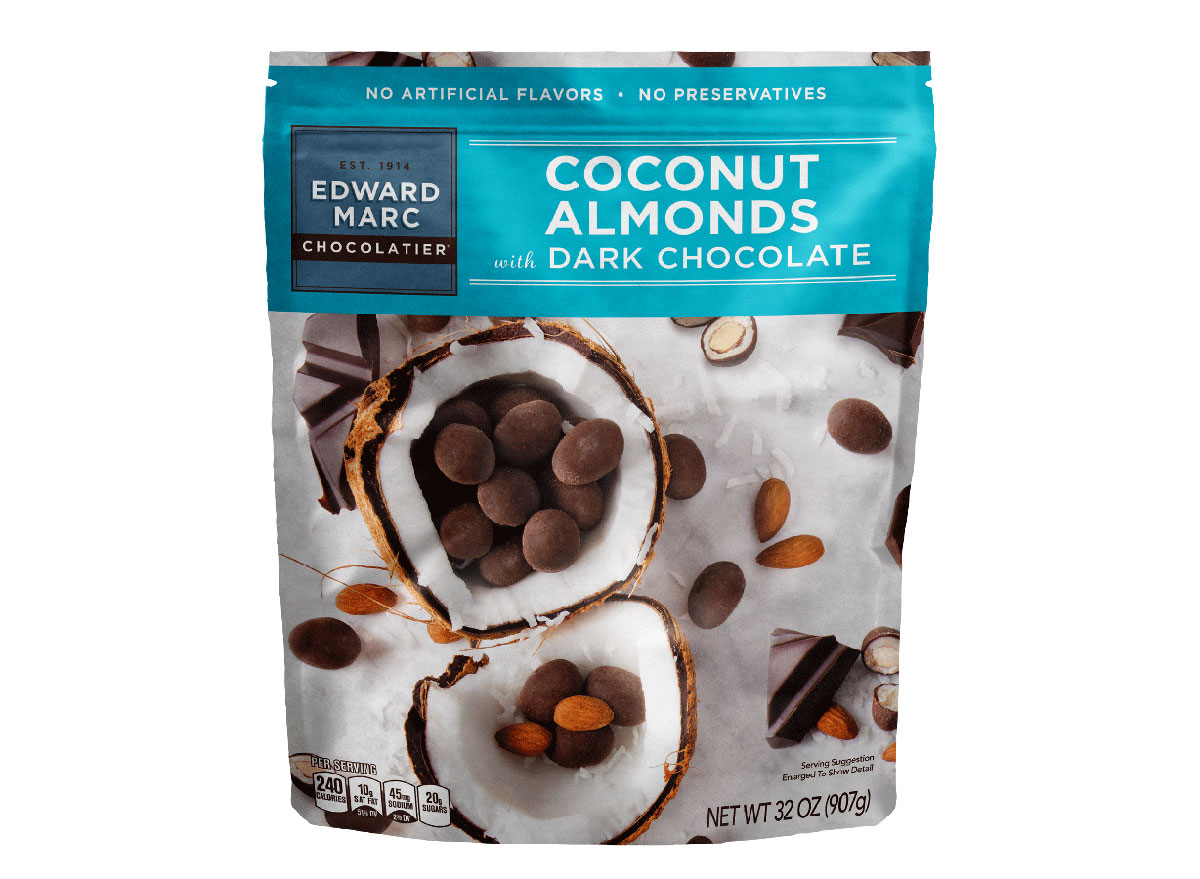 Reddit user u/Captain-Popcorn is raving about these coconut almonds covered in dark chocolate—and we agree!

Even if you're not a fan of coconut, u/Choish comments, "I hate coconut, and I enjoy these very much."

u/QueenLexi13 agrees, "These are so addicting…"

If you have trouble with over-snacking, consider portioning out these little morsels! 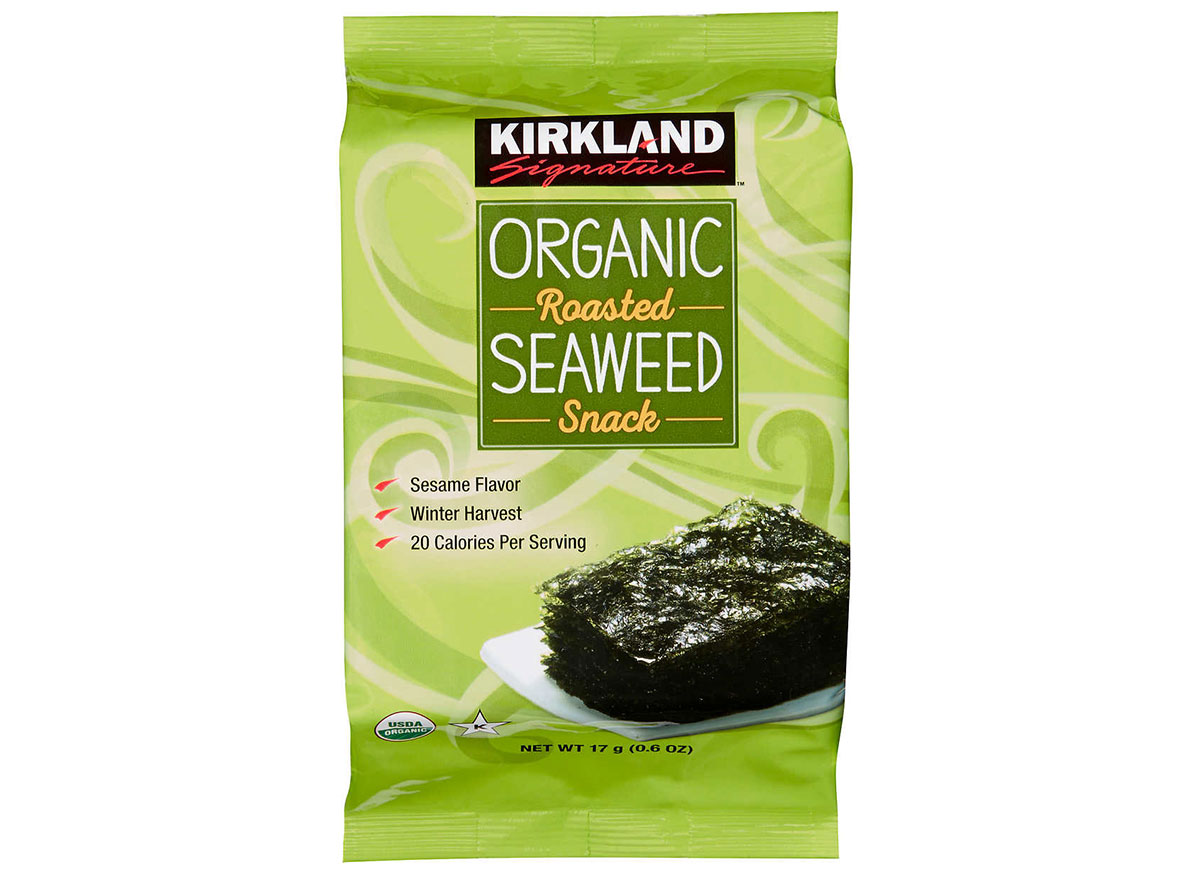 This low-calorie snack ticks the box for both salty and crunchy—hard to beat that combo! Plus, you'll get a natural dose of iodine from the seaweed to boost your immune system this season.

Some Reddit users love to buy this snack when making the famous TikTok salmon bowl, which has you wrapping a salmon rice mixture in seaweed. Or, u/Practical_Chef497 says you could even wrap the spicy ahi poke at Costco in the seaweed. 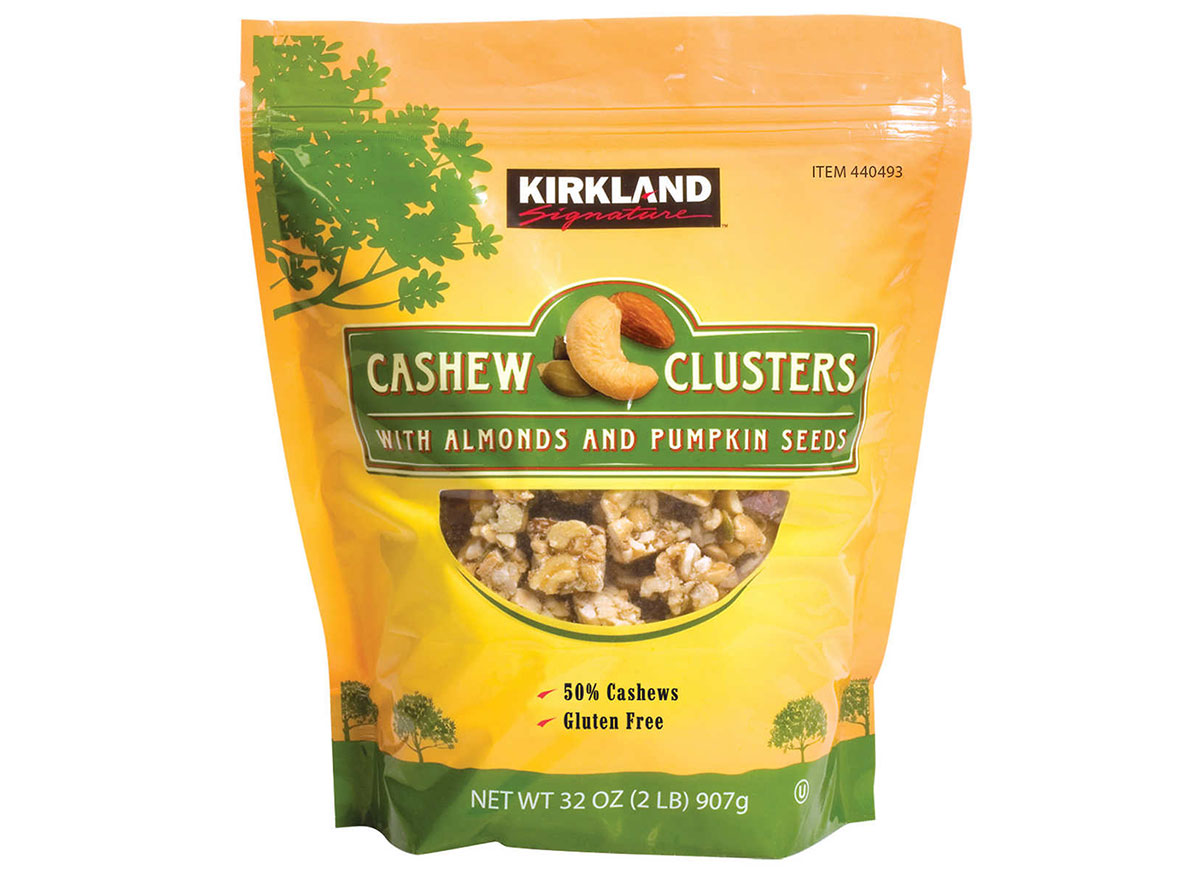 u/Charlotte_Clem-Tiger states Cashew Clusters are her favorite Costco snack at the moment.

u/jmlinden7 contributes, writing "They work great as granola. It's a lot cheaper than the low-carb granola that other brands sell."

Consider crushing these clusters up on top of your yogurt or a smoothie bowl for a satisfying crunch. 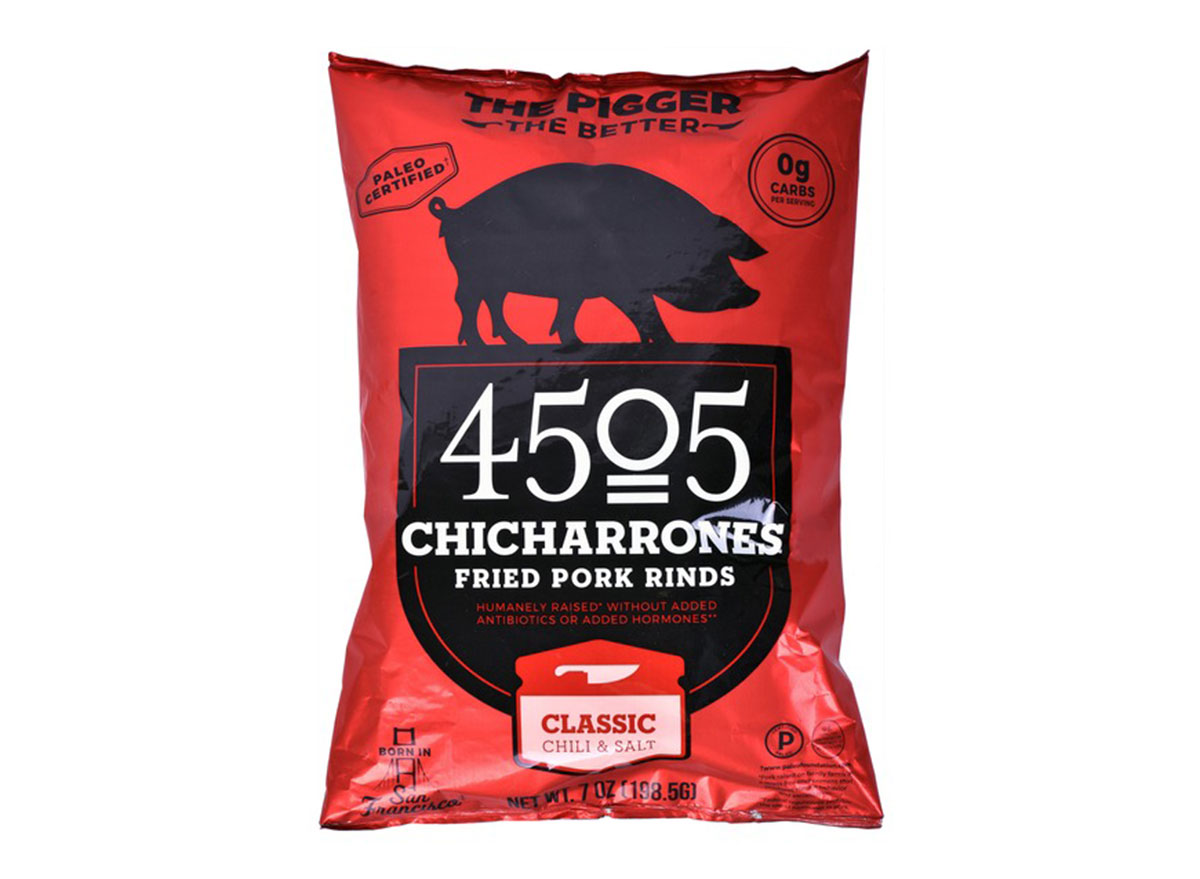 If you want an umami snack, look no further than these pork rinds.

"They're incredible. Literally the best tasting pork rind on the market," writes u/Therightlogic.

This high-protein, salty snack makes for a great mid-afternoon pick-me-up without the blood sugar crash before dinner! 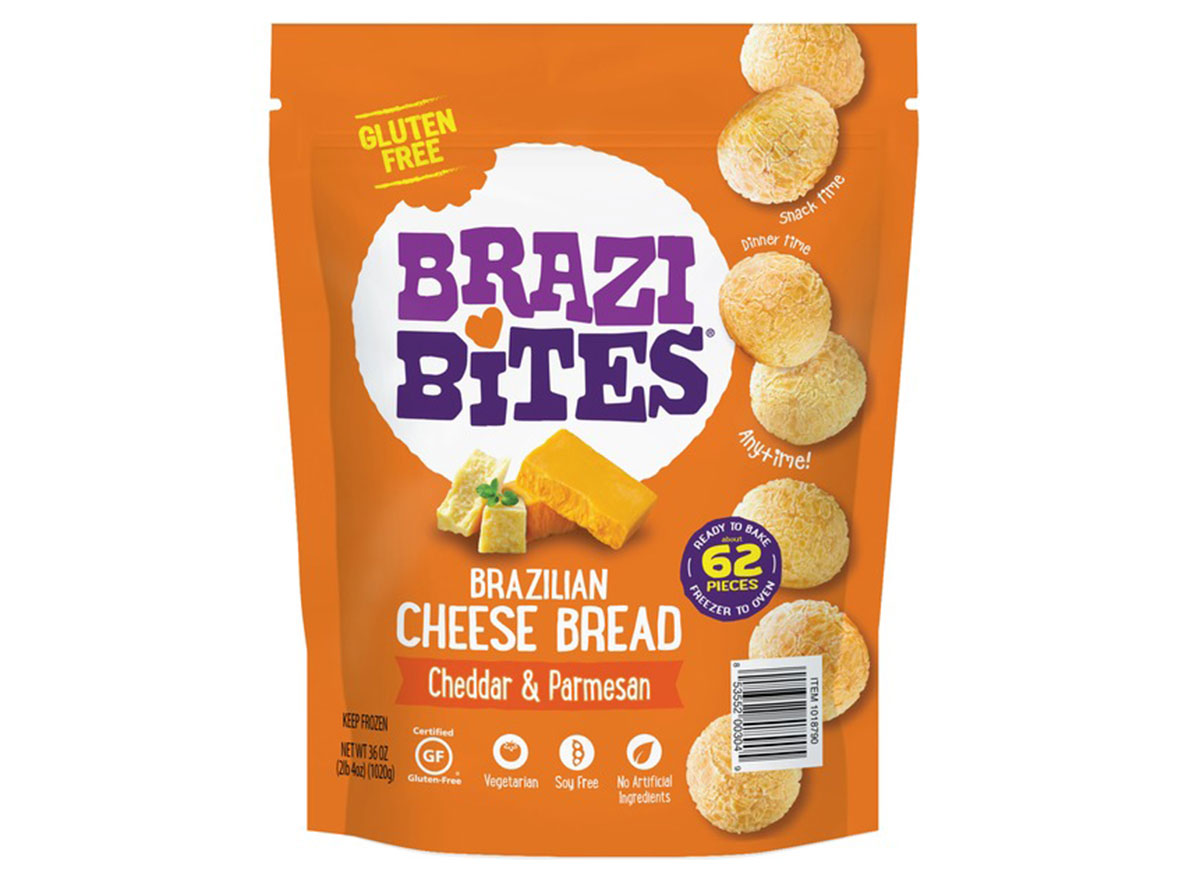 These novelties have a crunchy exterior and a slightly cheesy, gooey interior! While these frozen bites are ready to eat in 20 minutes when they're baked in the oven, u/Sweet1279 suggests cooking them in the air fryer!

Cheesy bread bites are the perfect (and easy) snack to pop in your mouth. The combination of cheddar and parmesan cheese is really hard to resist, so just be careful you don't devour the whole bag in one sitting! (Or if you do, that's fine too).

A previous version of this article was published on November 4, 2021.