Did you know these supposed tricks of the trade?

Chain restaurants are ubiquitous across the globe—from identifiable mascots to catchy commercials and ever-evolving convenient services, these restaurants have become dependable food sources for millions. But have you thought about what goes on behind the scenes at your favorite spots?

Chain restaurants must hit a certain baseline, serve an inordinate amount of customers per day, and be sure to ascribe to the values the company purports. Often, revealing their trade secrets to how they do it all is akin to asking a magician to reveal how they pull off their tricks—it's not gonna happen.

But, thanks to social media and online forums, many people who have or still work at these restaurant chains have been able to share the alleged secrets of their employers in an attempt to educate and inform the average customer.

Here are some of the most shocking chain restaurant secrets on the Internet that these establishments probably don't want you to know. Plus, don't miss 11 Secrets Texas Roadhouse Doesn't Want You to Know.

Chain restaurants are not the most eco-friendly, especially when it comes to all of the single-use plastic being used with reckless abandon. From bags and to-go containers to utensils and workers' gloves, restaurants are being challenged with balancing take-out (especially since the pandemic) and staying green.

A lot of plastic is used on the back-end, too, as noted by Reddit user -BlueDream-: "We waste a TON of plastic. Don't think that sit down dining is more eco-friendly than eating at McDonald's because it's not. Nearly EVERYTHING is portioned in plastic bags. … Our trash cans at the end of the night is 90% discarded plastic bags."

Some menu items may have questionable ingredients.

As evidenced by the recent controversy surrounding a certain fast-food chain's tuna, it can be tough to identify which specific ingredients are in a restaurant chain's food if the company isn't fully transparent about it.6254a4d1642c605c54bf1cab17d50f1e

Thankfully, many big chains now list all nutrition information for their menu items on their websites. Taco Bell even published this disclaimer to help further dispel any beef about the quality of their—well—beef.

Many dishes may have been shipped frozen. 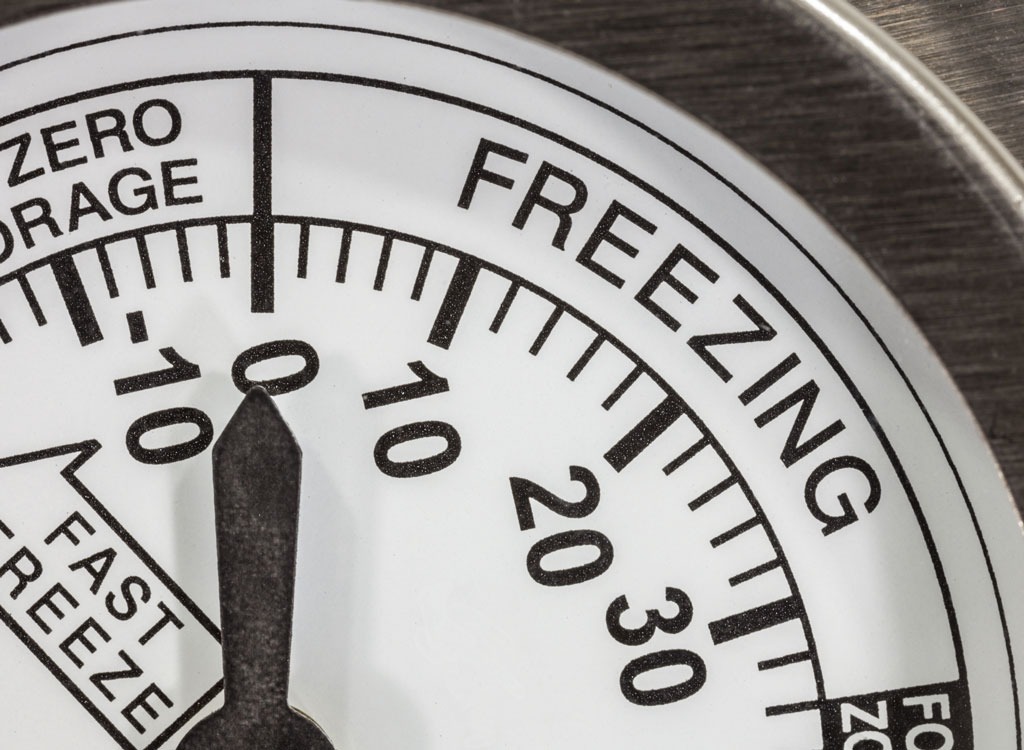 While some restaurant chains may claim their food is made "fresh" on the premises, that's not always the case. As user J Stephen Sadler on Quora notes:

"Having been in the restaurant and franchise (not always restaurants as most people think) business for years… Most (but not all) 'chefs' in chains are actually 'Heater Uppers' not chefs. Chains often buy many of their dishes pre-made. You know those 'new' stuffed jalapeño appetizers you enjoyed so much or that great Lava Cake you devoured? Well, they were all made in commissary kitchens shipped to distributors… who then shipped them to thousands of restaurants. What did the restaurants do? They heated them up and served them."

Some of your food may simply be microwaved.

Similar to all of the frozen goods at chain restaurants, many customers may also be disappointed to learn about how much microwaving is often happening in chain restaurant kitchens.

Reddit user -BlueDream- described the chain he worked for: "The pasta is cooked in the morning and portions (in plastic bags) are microwaved per order. Most of the soups and sauces come in a bag and sit in a hot well."

RELATED: One Major Side Effect of Microwave Meals

Misnomers run galore throughout chains (and restaurants in general): such as a "boneless wing," as noted by Redditor -BlueDream-, who states "…boneless wings are not wings. It's breaded chicken also known as chicken nuggets."

Grill marks may be fake.

Believe it or not, some chicken (or other proteins) with "grill marks" may actually come shipped with the grill marks on them, and are then merely microwaved, as The Counterreported in 2016. This is apparently the case for many salads with grilled chicken, and, at the time, The Counter specifically mentioned the McRib as an item that allegedly involves this "food fakery."

RELATED: The 100 Unhealthiest Foods on the Planet

Some unhealthy items often masquerade as "good for you" picks. 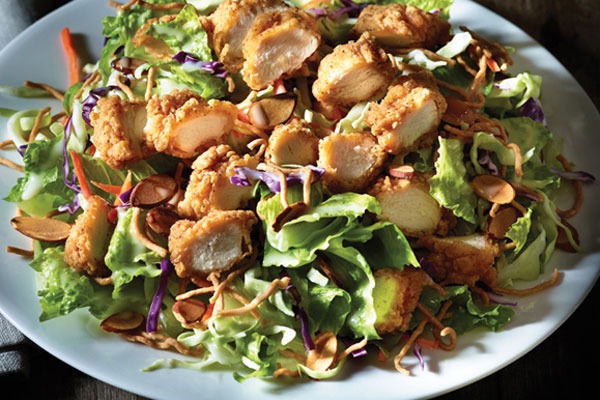 Some restaurants may not be actively lying, per se—but they definitely might be lying by omission. On Reddit, user creeper_of_internets states: " I would love to tell people that the oriental chicken salad is one of the most fattening things on the menu, with almost 1500 calories. I cringed every time someone ordered it and made the comment of wanting to 'eat light.'"

However, nowadays most restaurants do have more transparency, especially on their websites—so hopefully, these kind of issues will soon be a thing of the past.

Vegan items may be fried in animal fat.

Vegetarian? Your fries may be cooked in the same fryer as the chicken fingers. Vegan? Your oat milk may be frothed with the same tool used to froth dairy milk. This isn't as much nefarious as it is simply for convenience—but if you're stringent about your consumption of animal products, definitely be mindful about these restaurant short-cuts.

Reddit user 4play- notes that one particular chain restaurant "fries everything in beef tallow. if you're a vegetarian your fries, mozz sticks, onion rings…literally everything is in beef fat."

Ice and soda machines can harbor tons of bacteria.

Lurkercompelled2post on Reddit states that many soda fountains at restaurant chains are "probably the dirtiest machines" and that "many do not clean out the hoses, pipes, and compartments for the ice. Mold and bacteria thrive. So in addition to paying $3 for your carbonated sugar water, it's also likely filthy too."

RELATED: 112 Most Popular Sodas Ranked By How Toxic They Are

Some items may be purchased, slightly modified, and up-charged.

It's very common (and easy!) for restaurant workers to pick up a cheap something or other from the grocery store, slice it up, drizzle some garnishes or extras, and hawk it to customers at an incredibly high price point. Reddit's Twopacktuesday notes an egregious example of this: "A slice of 'homemade' cheesecake was $7 each on the menu. One of the sous chefs stopped by the Giant Food grocery store every day on the way to work to pickup a whole cheesecake for about $5."