The 10 Most Toxic Ingredients Lurking In Fast Food

Your favorite menu item may have one of these hidden chemicals that's been linked to health risks.

For years, research has indicated that the quick-serve, mass-produced, cost-effective meals you'll find at most fast-food restaurants are anything but healthy. Regularly eating these foods—which are high in calories, fat, cholesterol, sodium, sugar, and carbs—has been linked with side effects such as an increased risk of weight gain, heart disease, diabetes, and depression… just to name a few.

That said, "If you only consume processed or fast food very occasionally, your risk of adverse effects is low," says Jessica Cording, MS, RD, CDN, INHC, author of The Little Book of Game-Changers: 50 Healthy Habits For Managing Stress & Anxiety.

Still, there are some other, not-so-obvious ingredients in fast food that can cause additional health concerns. Read on to find out the additives, preservatives, and chemicals that could be in your drive-thru comfort favorites. and for more, be aware of the 112 Most Popular Sodas Ranked By How Toxic They Are.

McDonald's World Famous Fries are made with natural beef flavor that "contains hydrolyzed wheat and hydrolyzed milk as starting ingredients," according to the restaurant's website. Back in 2002, CBS News reported that McDonald's Corporation settled a group of lawsuits for labeling their fries and hash browns as vegetarian although they were enhanced with beef from the vegetable oil.

The FDA outlines that any food labeled with the term "natural flavoring" means "the essential oil, oleoresin, essence or extractive, protein hydrolysate, distillate, or any product of roasting, heating or enzymolysis, which contains the flavoring" should come from a variety of food products. So, what exactly is in the beef flavor if beef is not indicated on the ingredient list?

Related: Don't forget to sign up for our newsletter to get the latest restaurant news delivered straight to your inbox.

Sometimes simply referred to as bromate, this additive is tossed into recipes to enhance the texture and rising of flour, Cording says. "While it does get 'used up' in the baking process if the appropriate amount is used, when too much is included in a recipe, some can remain in the finished product," she states.

After animal studies found a possible link to cancerous tumors, potassium bromate was banned in Canada, the UK, and the European Union. And yet, it's still reportedly found in sandwich buns and pizza doughs from some fast-food chains in the U.S.

"The FDA [Food and Drug Administration] encourages bakers in the U.S. to choose not to use bromated flours, and laws in the state of California require products made with potassium bromate to disclose the potential cancer link on the label," Cording continues. "If you're only having that particular food item once in a very great while, the danger is likely minimal. But if it's a more frequent part of your diet, consider an alternative." 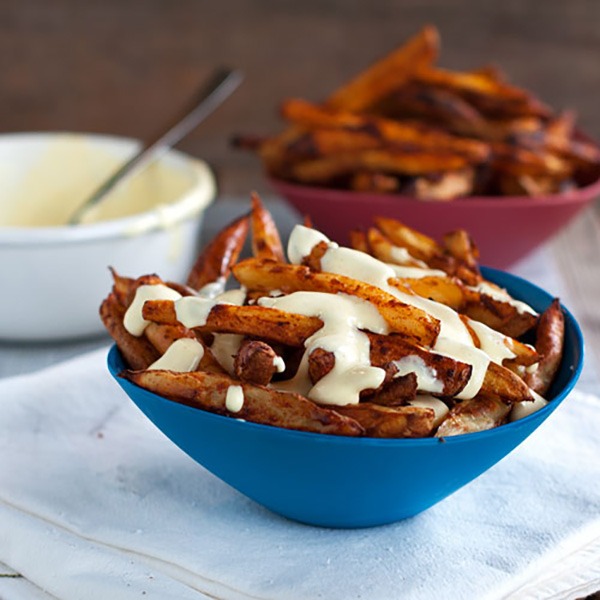 A colorless compound that does not occur in nature, propylene glycol is defined as an anti-caking agent by the FDA. It's used in foods like soft drinks, marinades, dressings, seasonings, baked goods, frostings, and frozen dairy products (to name a few) in order to "preserve texture, especially to keep moist foods from drying out, and acts as a solvent for flavors and colors," Cording explains.

"While documented toxicity is rare, there are potential health risks with high intake of foods that contain it—particularly in individuals with liver and kidney issues—because of how the body processes this compound," continues Cording. "Regardless of its GRAS status, it's worth pointing out that propylene glycol is also used in non-food products, cosmetics, anti-freeze, and ice packs, which isn't particularly appetizing."

Fried meals and snacks found at fast-food restaurants are likely to contain the preservative tertiary butylhydroquinone, or TBHQ, in order to prevent spoilage in oils and fats (usually animal fats).

An animal study published in the journal Federation of American Societies for Experimental Biology (FASEB) discovered that this food additive may impair the body's immune response to the flu.

Another anti-caking agent and dough strengthener, this colorless ingredient used in rolls and baked goods does provide some calcium to foods, Cording states. "There are restrictions on how much may be used in food in the U.S. to keep intake with safe limits. That said, there are concerns over excessive calcium consumption in certain medical conditions, especially in supplemental form."

While the occasional splurge shouldn't affect your well-being, Cording advises reconsidering your meal choices if you're eating large volume of foods with calcium sulfate.

Plus, you might be interested in knowing that a version of this ingredient is added to construction products, such as tiles and plaster. "While the form found in food is not the same form as the calcium sulfate used in building materials, it certainly doesn't sound like something you want to be eating on a regular basis."

Related: The Unhealthiest Fast Food Desserts on the Planet

Soda, flavored waters, packaged meat, processed cheese, and chicken nuggets are just a handful of the foods that are likely to contain this food additive, which derives from the mineral phosphorus and is designed to enhance flavor and act as an emulsifier.

Cording's first warning is for anyone who's been diagnosed with a health condition (such as kidney disease) that requires limited phosphorus in the diet. "However, even healthy people who end up with high levels of phosphorus in the blood may be at risk for adverse effects to bone health and heart health," she states. "While most research available relates to kidney health, there are studies looking at the impact of high intake and poor bone health and cardiovascular issues."

Research published in the journal Circulation concluded that both animals and humans became less physically active when increased levels of phosphate were present in the blood. "But there are plenty of other reasons to limit foods that commonly contain phosphate additives like soda, packaged meats, and processed foods—this is just one more concern to add to the list." Read on to find out What's Really In Your Chicken Nuggets.

Even though many food companies have removed this additive from their ingredient's list, the FDA still approves small amounts of BHT in foods, including dry yeast, desserts, beverages, dressings, mayo, sauces, and sandwich spreads, as well as numerous potato items (dehydrated potato shreds, potato flakes, and potato granules).

Related: The Best and Worst Condiments 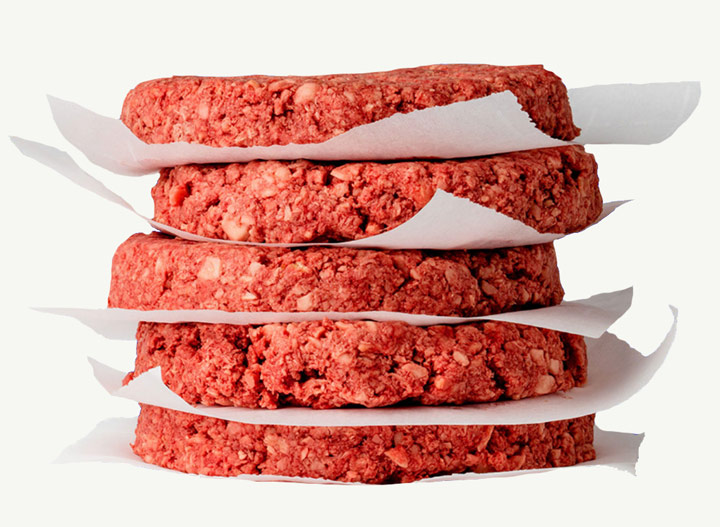 A study published in the journal Drug and Chemical Toxicology indicates this additive may have an effect on cancer cells, and, according to the Contact Dermatitis Institute, this product is also found in cosmetics, lubricants, and hair products.

Related: The Best & Worst Mayo on Shelves in 2021—Ranked!

Food packaging has been an ongoing concern since the chemicals used in the processing materials can seep into the meals.

Researchers from George Washington University examined the health data from more than 10,200 adults that spanned across nine years. The participants were asked to record everything they ate, along with where the food came from (i.e. homemade, takeout) every 24 hours. The authors learned that burgers and sandwiches purchased at fast-food restaurants and cafeterias were linked with higher levels of phthalates: approximately 30%.

Take-home boxes, plastic containers, and gloves used in food preparation tend to contain this group of chemicals shown to be endocrine disruptors (substances that cause hormonal imbalances and can result in multiple disorders and diseases, including thyroid issues, reproductive problems, prostate cancer, and breast cancer).

Speaking of food packaging, per- and polyfluoroalkyl substances (also referred to as PFASs) are fluorine-based chemicals in fast-food food packaging associated with cancer, fertility issues, low birth weight, and a weakened immune system, according to research published in the journal Environmental Science & Technology Letters. After studying over 400 containers and food wrappers from fast-food chains around the country, the chemists discovered that 20% of french fry cardboard sleeves, 38% of burger and sandwich wrappers, and 56% of dessert and bread wrappers contained fluorine, which coat the packaging materials in order to repel grease and water.

"It's concerning that people could be exposed to these toxic chemicals through the food they eat," said lead study author Dr. Laurel Schaider, an environmental chemist at Silent Spring Institute, as reported by the Environmental Working Group. "PFASs have been linked with numerous health effects including cancer. Children are especially at risk because their developing bodies are more vulnerable to toxic chemicals."

In fact, a 2020 report conducted by advocacy groups uncovered that PFAS chemicals continue to lurk in food packaging—and almost half of their samples tested higher than the recommended screening levels. "Exposure to PFAS is an especially high concern in the context of COVID-19 since they are linked to suppression of the immune system as well as chronic conditions that increase the severity of COVID-19," according to the campaign Safer Chemicals, Healthy Families.

For more foods to avoid based on what they contain, check out the 100 Unhealthies Foods on the Planet.