Eat This, Not That! to Get Abs in 5 Weeks

Nix some of the myths about your belly and you'll find that unveiling your abs isn't impossible at all.

As a personal trainer, dedicated nutrition wonk, and someone who has made health and fitness the focus of my life and career for more than a decade, I struggled to find the defined, sculpted abs that I wanted to be my calling card. But when I began the research for my new book, Eat This, Not That! For Abs, I uncovered science that completely changed the way I eat—and found that I could unveil my abs, and those of my clients, without dieting and without hard, punishing workouts. In fact, now I know that anyone can get abs with a minimum of exercise and without having to give up our favorite foods.

There's a surprising reason why so many of us still struggle with extra belly fat: We've been following a set of old rules that don't hold in light of today's science. Even more surprising: The solution is both simple, and delicious. With my e-book Eat This, Not That! for Abs, you can eat almost anything you want, in any quantity, for weeks at a time—and follow it up with a simple 4-day cleanse.

Four days to abs. Yes, it's true. All you need to do is follow these New Rules of Abs, and then learn how to apply them.

RELATED: The 7-day diet that melts your belly fat fast.

All the while they've been telling us to eat less saturated fat, the good folks at the USDA have been dumbing down their advice so that any fifth-grader can understand it. But in doing so, they've failed to explain exactly what a "polyunsaturated fat" is, and why eating more isn't necessarily as healthy as the government would lead you to believe. In fact, the most commonly eaten polys in the American diet are actually bad for our bellies. The most common form of polyunsaturated fat in our diet is linoleic acid, or LA, which comes primarily from soybeans and has actually been linked to weight gain and inflammation. Eat This, Not That! for Abs shows you how easy it is to avoid this belly-bulking diet trap.

In the end, seeing your abs is less about building that mountain range of ripples, and more about excavating the white stuff that's covered their peaks. And by white stuff, I mean fat. And that's why eating a protein-rich diet is so critical.

But wait: Isn't red meat bad for me? And what about all that fat? In fact, red meat, as well as dairy and eggs, provide us with other healthy, weight-loss fats, in particular conjugated linoleic acid, or CLA—the trans fat that actually helps improve heart health and reduce belly fat—and stearic acid, a saturated fat that actually reduces cholesterol. (Grass-fed beef and dairy is higher in CLA, stearic acid, and omega-3 fatty acid, and lower in unhealthy palmitic acid, than conventionally raised beef.) And eggs, beef and duck are also key sources of arachidonic acid, a powerful muscle-building form of polyunsaturated fat.

OLD RULE: Turkey and Chicken Are Pretty Much the Same

Like beef, turkey is particularly high in conjugated linoleic acid, or CLA—the trans fat that actually helps improve heart health and reduce belly fat. Chicken, on the other hand, is devoid of CLA, but it's the number-one source of our worst abs enemy, linoleic acid. Any nutritionist who steers you toward chicken and rice is undermining your abs!

NEW RULE: Spread Some Whipped Cream on That!

What if everything we've been told about dietary fat—especially the saturated fat in dairy products—is completely wrong? In fact, a 2015 study in the American Journal of Clinical Nutrition took aim at the idea that we should cut down on saturated fats. They looked at the dietary history 26,930 people between the ages of 45 and 75, and their incidence of diabetes. What they found was shocking: The more high-fat dairy products the subjects ate, the lower their risk of diabetes. In fact, subjects who ate cream and high-fat fermented milk, and women who ate full-fat cheese, had the lowest incidence of diabetes; those who ate a lot of low-fat dairy products had the highest incidence. The researchers speculated that while calcium, protein, vitamin D and other nutrients in dairy are indeed good for us, we need the fat that goes along with them in order to get their protective effects.

OLD RULE: We Overeat Because We Lack Discipline

NEW RULE: We Overeat Because We're Stoned on Food Additives

What scientists have recently discovered is that polyunsaturated fats found in vegetable oils disrupt our sensations of fullness and hunger. LA seems to change the way ghrelin and leptin work within the body, increasing our hunger hormones and dimming our satiation hormones. When consumed in excess, vegetable oils contribute to overproduction of brain-controlling lipids called endocannabinoids that are responsible for signaling hunger to the brain. Like THC, the active ingredient in marijuana, endocannabinoids activate the pleasure sensors in the brain, sending us in search of food to satiate those sensors. Your brain is literally stoned on linoleic acid!

OLD RULE: All Fish Are Good for You

Besides protein, the great nutrient in fish is omega-3 fatty acids, which are derived from the very bottom of the ocean's food chain and work their way up into the muscles of cold-water fish like halibut, mackerel and tuna. But much of what we eat today is farmed fish like tilapia, catfish and even most forms of salmon. Unless you know your fish was wild-caught, you're better off getting the burger, because these creatures live on a diet of soy meal, and are particularly high in fat-promoting LA.

OLD RULE: Look Out for Foods High in Fat and Calories

NEW RULE: Eat Lots of Fat and Calories—but Make Sure They're the Right Kind

High-energy foods like nuts have gotten bad raps in the past, but they're packed with exactly the kind of calories we need. Coconut, because it's primarily saturated fats, practically had its face plastered on the wall of the post office. And macadamia nuts have also been given suspicious glances thanks to their high fat content. But nuts are packed with protein, to support your ab muscles; heaped with healthy fats to reduce inflammation and promote weight loss; and filled with fiber to feed your good bacteria and help reduce belly fat and bad cholesterol.6254a4d1642c605c54bf1cab17d50f1e

High-calorie, healthy-fat foods like nuts help to crowd out the unhealthy LA foods. When you eat a LA-rich diet, your fat cells fill with higher levels of fatty acids than when you eat a diet with the same number of calories, but with a better balance of oils.

Some starches, like lentils, peas, beans, oatmeal, bananas, corn and potatoes (especially with the skin on) are known as "resistant starch." They pass through the small intestine intact and are digested in the large intestine, where our healthy gut microbes chomp away at them. That action causes our microbes to release a fatty acid called butyrate, which helps to turn off the genes that lead to inflammation and insulin resistance. A study in the American Society for Microbiology found that when you eat resistant starch, your gut biome gets stronger. Health bacteria literally get a workout digesting the stuff, becoming more dominant and leading to a healthier gut. 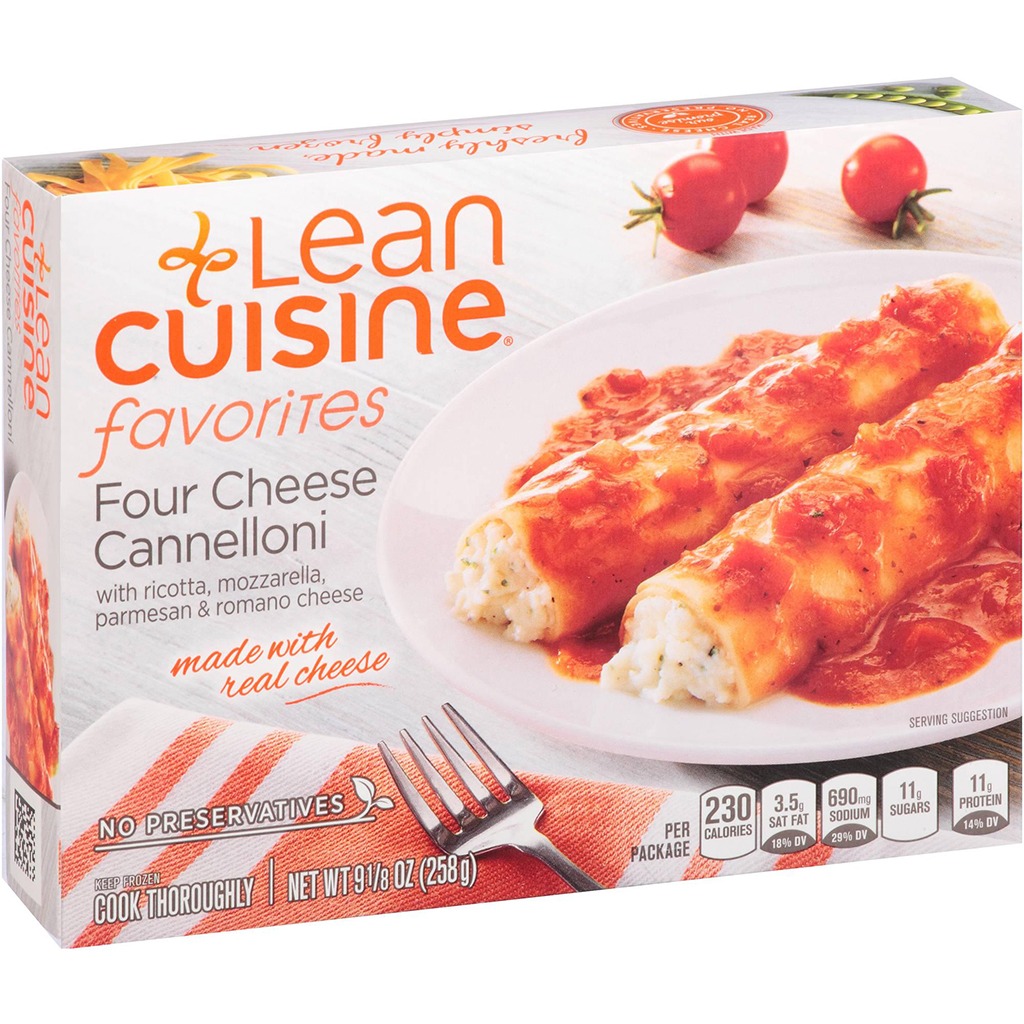 NEW RULE: Nothing Labeled "Diet" is Good for You.

In a lot of ways, a frozen Lean Cuisine lasagna is like a pop quiz with all the answers already written in. Your body doesn't have to do any work at all—the fiber's been stripped away, the nutrients extracted (and then added back in as easily dissolved chemicals), and the food is completely broken down. In fact, a study in the journal Food Nutrition Research found that processed foods require only 50 percent as many calories to process as whole foods do. So while you may be eating the same number of calories as another person, you're going to gain weight faster if the majority of your foods come out of a bag, box or can.

NEW RULE: Pile on the Grains to Find Your Abs

Like their cousins, the starches, grains often get disinvited to the most exclusive dinner parties, and for the same reason: they're high in carbs. But grains and their cousins, legumes, are packed with the minerals magnesium and chromium, both of which battle the stress hormone cortisol. Whole grains also contain an amino acid called betaine, which positively influences the genetic mechanism for insulin resistance and fat storage. And grains are the number-one source of fiber in the American diet. In 2014, a team at Imperial College in London identified an anti-appetite molecule called acetate that's naturally released when the fiber from grains is digested. Acetate acts on the brain, telling us to stop eating.