A few minutes out of your day is all it takes to reap these big rewards.

15 minutes can feel like an eternity or an instant. Reading a good book? 15 minutes will fly by. On the other hand, if you're waiting in a long line or stuck in a boring conversation, that same amount of time can feel like hours on end.

Exercise can go either way, depending on the individual. Some people naturally crave a long, satisfying workout, while others can't help but prefer the couch. It isn't just a matter of being lazy, either. Research published in Psychology of Sport and Exercise reports that up to 37% of a person's "response" to exercise can be attributed to their genes. Some people are literally wired to enjoy working out more than others.

If you fall into the exercise adverse category, don't concern yourself too much about completing intense, drawn-out workout sessions. A short workout lasting just 15 minutes (or less) can offer a world of surprising benefits.

A study published in PLOS ONE compared the effect of 45 minutes of jogging to a short 10-minute workout (including just a single minute of high-intensity sprinting). After 12 weeks, participants in both experimental groups showed the same improvements in both cardiovascular and metabolic health. "Brief intense interval exercise improved indices of cardiometabolic health to the same extent as traditional endurance training in sedentary men, despite a five-fold lower exercise volume and time commitment," the study concludes.

When it comes to exercise, sometimes less really is more. Read on to learn the additional health benefits linked to just 15 minutes of physical activity per day. And for more, check out 3 Major Secrets to Living to 99, According to Betty White.

Your brain will be sharper

Everything in the human body is connected, and our brains stand to benefit just as much as our muscles from exercise. One study published in Neuropsychologia found that simply riding a stationary bike for 10-15 minutes resulted in a 14% uptick in cognitive performance!

Another research project released in Proceedings of the National Academy of Sciences asked a group of college students to go for a short walk (or another form of light exercise such as yoga) lasting around 10 minutes. After taking a stroll the students performed much higher on a memory test, and their brains actually displayed increased connectivity within brain regions responsible for both memory storage and recollection. Participants were more adept at distinguishing between different memories after going for a walk.

"The memory task really was quite challenging," study co-author Michael Yassa, a neuroscientist at the University of California, Irvine, told The Guardian. "We used very tricky similar items to see if they would remember whether it was this exact picnic basket versus that picnic basket."

It will help you cut down on cravings

If you constantly struggle to control your sweet tooth, try adding a 15-minute brisk walk to your usual routine. Research published in Appetite discovered that's all it takes to cut sweets and chocolate consumption in half! Participants in this study were "regular chocolate eaters," had abstained from all candy for two full days, and had access to a bowl of chocolate treats within arm's reach while completing a stressful task. Still, after walking briskly for just 15 minutes, subjects only ate half the amount consumed by other participants who hadn't exercised.6254a4d1642c605c54bf1cab17d50f1e

"We often feel that these snacks give us an energy boost, or help us deal with the stress of our jobs, including boredom. People often find it difficult to cut down on their daily treats but this study shows that by taking a short walk, they are able to regulate their intake by half," explains lead study researcher Professor Adrian Taylor of Sport and Health Sciences at the University of Exeter.

Related: This One Trick Will Cut Your Sugar Cravings for Good

It's common knowledge that exercise can help improve mood, but did you know that just 15 minutes of running has been shown to help stave off depression? Conducted at Harvard University and published in JAMA Psychiatry, the study concludes a daily 15-minute run (or a similar equivalent of more moderate exercise) can reduce depression risk by up to 26%.

"We saw a 26% decrease in odds for becoming depressed for each major increase in objectively measured physical activity," explains study author Karmel Choi, Ph.D., a clinical and research fellow at the Harvard T.H. Chan School of Public Health. "This increase in physical activity is what you might see on your activity tracker if you replaced 15 minutes of sitting with 15 minutes of running, or one hour of sitting with one hour of moderate activity like brisk walking."

Another study published in BioPsychoSocial Medicine reports spending 15 minutes on an exercise bike markedly lowered cortisol levels among a group of study subjects diagnosed with major depressive disorder. Cortisol is a stress hormone and is considered an accurate gauge of one's stress level at a given time.

Related: One Major Effect Exercise Has on Your Happiness, New Study Says

You may live longer

Just 15 minutes of exercise per day may feel like the least you can do when it comes to physical activity, but the bare minimum can still extend your life expectancy by 3 years and reduce the risk of death by 14%! Research published in The Lancet tracked over 400,000 people for an average of 8 years. Sure enough, in comparison to participants who didn't exercise at all, those who averaged about 90 minutes of exercise weekly (or 15 minutes daily) had a 14% reduced risk of all-cause mortality and a longer life expectancy by 3 years.

Further research released by the European Society of Cardiology that tracked over 120,000 subjects for a decade concluded 15 minutes of exercise is enough to lower the risk of death by 22% among older adults. "We found that the low level of activity, which is half the recommended amount, was associated with a 22% reduced risk of death in older adults compared with those who were inactive," comments Dr. David Hupin, a physician in the Department of Clinical and Exercise Physiology, University Hospital of Saint-Etienne. "This level of activity equates to a 15-minute brisk walk each day." 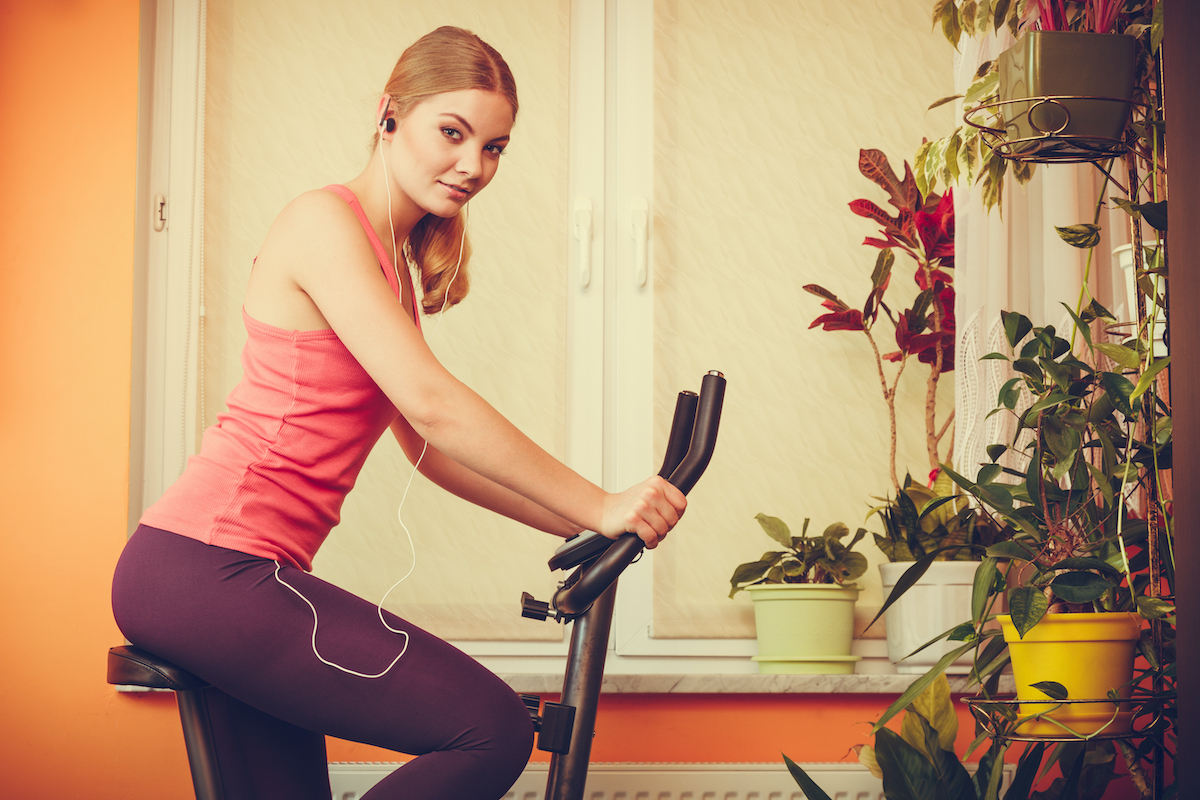 You don't have to spend all day in the weight room to reap some serious calorie- and fat-burning benefits. Research published in Medicine & Science in Sports & Exercise found that just under 15 minutes of weightlifting (about 11 minutes) three times per week resulted in a "chronic increase in energy expenditure." In simpler terms, that means participants continued burning calories and fat even after they stopped pumping iron.

The study authors conclude around 15 minutes of weightlifting a few days per week can go a long way toward preventing obesity, even among those living a largely sedentary lifestyle otherwise.

For more, check out the Secret Effects of Lifting Weights Just Once Per Week.