Sneaky Ways to Trick Yourself into Liking Exercise, Say Experts

Some people can't wait to hop out of bed each morning and begin working out. For the rest of us, exercise doesn't quite come as naturally. In which case, you might be able to blame your genes. A 2020 study in the New England Journal of Medicine found that a certain gene mutation can affect cellular oxygen intake, which in layman's terms suggests carriers run out of breath faster and find cardio harder to perform than others.

Whether your distaste of exercise lies in your DNA or memories of high school gym class, the fact remains that everyone still needs to workout to maintain robust health. Regular, consistent physical activity is associated with a longer life, stronger muscles, better posture, improved sleep, and many other sneaky benefits.

Luckily, if you've succeeded in avoiding free weights and treadmills thus far it's never too late to start moving. Research published in Frontiers in Psychology reports even seniors (ages 70-80) who had never consistently worked out before reaped the same muscle-building benefits from exercise as similarly-aged peers considered athletes.

Have you realized it's time to start working out more consistently but don't know where to start? Keep reading to learn some sneaky strategies that make exercise easier and more enjoyable. And for more workout tips, check out: Slim Down and Get Toned With This 25-Minute Walking Workout.

If you can't seem to pick yourself up off the couch alone, try asking a friend or two to lend a helping hand. Multiple studies indicate that working out with other people can improve exercise enjoyment.

This study published in the International Journal of Technology Assessment in Health Care concludes walking in a group leads to both greater workout enjoyment and overall quality of life. Researchers also found that people were more likely to stick with exercise for the long haul. "At a time when we are being encouraged to meet physical activity guidelines, a large proportion of the public fail to do so. Our review found that people may be more likely to exercise if they have social support," explains lead study author Catherine Meads, professor of health at Anglia Ruskin University.

Another study published in Biology Letters even discovered that exercising in a group leads to the release of more "feel good" endorphins in comparison to a solo workout. Read more: New Study Reveals the Best Type of Exercise for Getting Fit and Healthy. 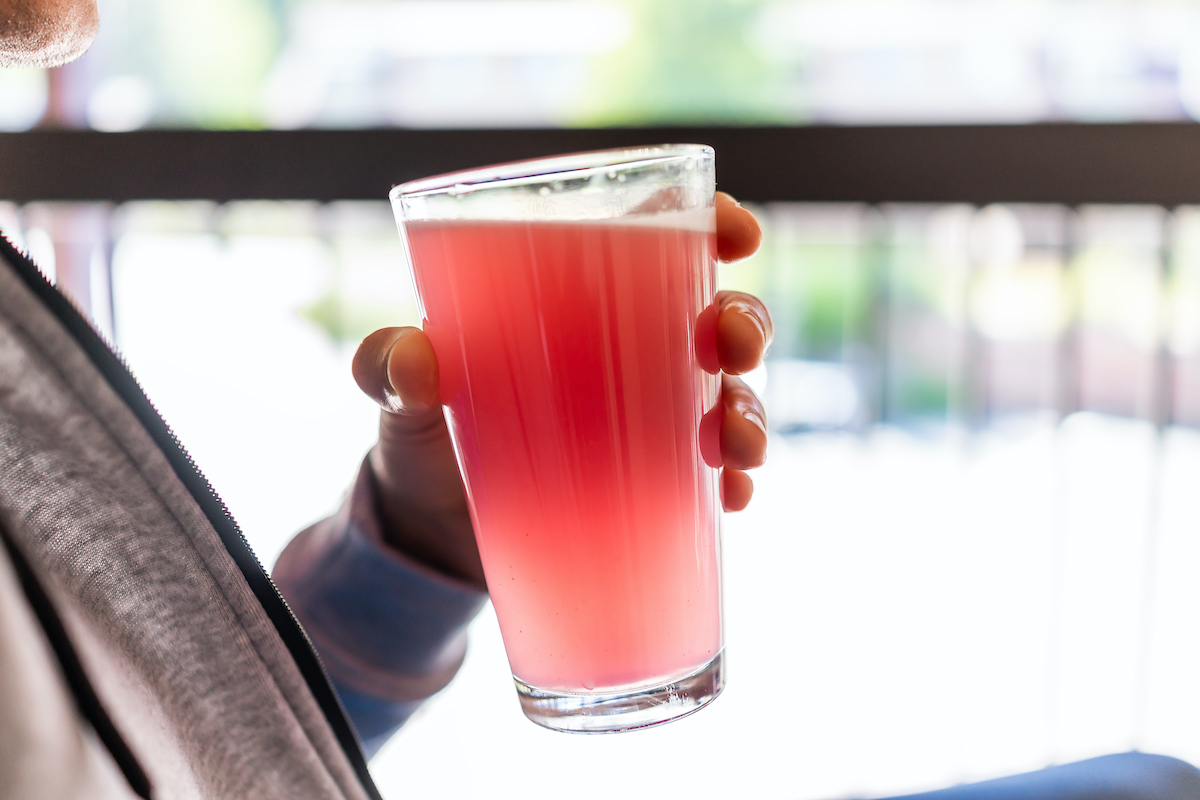 Here's an exercise secret you can file under the "stranger than fiction" category. Scientists found that consuming a pink-colored beverage during workouts produces a "feel good" effect that can improve performance and endurance.

Published in the journal Frontiers in Nutrition, the study asked a group of participants to go for a run while enjoying either an artificially sweetened beverage with no color or the same drink with some pink dye added in. "The findings from our study combine the art of gastronomy with performance nutrition, as adding a pink colorant to an artificially sweetened solution not only enhanced the perception of sweetness, but also enhanced feelings of pleasure, self-selected running speed, and distance covered during a run," shared corresponding study author Dr. Sanjoy Deb in a press release. Read more: Do These 5-Minute Exercises for a Flatter Stomach Fast.

It may sound cheesy, but a little bit of self-confidence and positivity goes a long way toward a better workout. One study published in PLOS ONE found that believing in one's athletic ability helps make exercise feel less strenuous. Study participants who reported a positive attitude and belief in their physical abilities found a 30-minute stationary bike session to be much easier.6254a4d1642c605c54bf1cab17d50f1e

Also, when study subjects really believed in the benefits of a compression shirt they were wearing, they felt the shirt was an asset during their workout. "Not least, the findings impressively show for all those who don't consider themselves to be great sportsmen and -women – the right product really can make sport more pleasant, if 'only' you believe in it," comments study leader psychologist Hendrik Mothes of the University of Freiburg. Maybe it's placebo, but it can work in your favor.

Think back to happy exercise memories

The memory of even one positive exercise experience can help motivate your next workout. Research published in the journal Memory asked a group of college students to either recall a positive or negative memory linked with exercise. A week later study authors surveyed subjects on their exercise habits. Those who remembered a positive exercise memory reported working out more than usual. Even a negative exercise memory was enough to motivate participants to work out more compared to the a control group.

"This study underscores the power of memory's directive influence in a new domain with practical applications: exercise behaviors," the study reads. And don't miss What a Daily Stretching Habit Does to Your Body After 60, Say Experts.

There's a reason so many refuse to break a sweat without music: It helps! The connection between music and better, more enjoyable workouts is supported by a long list of studies. Consider this one, published in Medicine & Science in Sports & Exercise. Participants were asked to complete a sprint-interval workout both with and without music. A staggering 95% reported having a better time during their workout with music.

Another study from the American College of Cardiology reports high-energy, uptempo music promotes longer workouts. "Our findings reinforce the idea that upbeat music has a synergistic effect in terms of making you want to exercise longer and stick with a daily exercise routine," says lead study author Waseem Shami, MD. "When doctors are recommending exercise, they might suggest listening to music too." Want more workout hacks? Check out: Lean-Body Secrets from Top Trainers That You Should Try Now.