It's time to ditch the powder! Paired with healthy lifestyle habits, a diet rich in germ-fighting foods can help keep the sniffles away…

When you have a cold, it's only natural that you'd want to believe that a little packet of Emergen-C would be enough to chase away the sniffles and get you back on your feet. Sure, it's packed with 1,000 milligrams of vitamin C, as well as zinc, manganese, and B vitamins, but the truth is, Emergen-C is far from a cure-all—and I should know, I'm a registered nurse, after all.

How can this be, you ask? Since it's not an FDA approved cold medication, Emergen-C doesn't have to go through rigorous testing to support the claims on its box before it hits your drug store shelf. So, simply put, you really have no way of knowing what's inside those little packets. Not to mention, high-doses of vitamin C, have yet to be conclusively proven to reduce the risk or duration of colds. Though one Cochrane Review study found that supplementation could help ward off cold in marathon runners, skiers, and soldiers working in sub-arctic climates, this has yet to be proven in more general population groups.

What's more, the body uses dietary sources of vitamins and minerals more effectively than supplements. So the better way to flood your system with health protective nutrients is by eating a smart diet and improving your immune system naturally. Paired with healthy lifestyle habits like frequent hand washing, a diet rich in immune-boosting foods can keep those coughs, sneezes, aches and pains away this cold and flu season. Read on to learn which nutrients will bolster your immunity and which daily habits can help make your system even stronger, still. And if you typically get a pounding headache when an illness is coming on, don't miss our special report, 20 Best and Worst Foods for Headaches.

Harvard University has recently identified five micronutrients that are key to maintaining a healthy immune system. And oft-overlooked zinc, a nutrient that helps bolster the immune-boosting powers of vitamin C, makes the cut. Since your body doesn't produce the nutrient on it's own, you have to get it through your diet. The goods news is that you don't even need mega-amounts to enjoy the immune-boosting benefits. Men ages 19 and older need 11 milligrams of zinc a day while women the same ages need 8 milligrams.

Not only does your body use selenium to aid thyroid function and keep your immune system strong, it can also help your flu shot be more effective, according to The University of Maryland Medical Center. Reap the benefits by adding selenium-rich foods like yellowfin tuna and grass-fed beef (which can be used to craft delicious, juicy burgers) to your diet.

Iron helps transport oxygen throughout the body, making it vital for proper immune function. Without the nutrient, your body can't get enough oxygen, which can leave you feeling fatigued and more susceptible to illness. Fortunately, many iron-containing foods are also good-for-you options, like kale and broccoli. Sautée them up with some olive oil, garlic, and ground pepper to keep the sniffles at bay through the cooler months.

While the idea of eating a metal may sound a bit weird, copper is actually an essential trace element that's vital to a healthy immune system. People who are copper-deficient often have fewer white blood cells, according to the Linus Pauling Institute at Oregon State University, which increases their susceptibility to infection. You'll find the nutrient in a number of tasty superfoods, including dark chocolate and lentils. Yum!

Not only has folate deficiency been shown to negatively affect immunity in animals, it's associated with an increased susceptibility to infection in humans, too. Load up on the nutrient to keep your body safe and illness-free!

Vitamin A enables the body to build something called T-cells. These red blood cells are special because that have the power to not only hunt down cells that are infected with germs but destroy them, too. While your body's immune system can help to keep you healthy, T-cells do so more effectively so it's important to keep them fueled the with healthy noms like carrots, eggs, and sweet potatoes. (We're big fans of these delicious sweet potato recipes!)

Without vitamin B6, your body can't produce a number of its key immune fighters, including lymphocytes, a type of white blood cell.

Vitamin C is found abundantly in a number of healthy foods. For this reason, most doctors say that taking a supplement, like Emergen-C, is totally unnecessary. Instead, meet your daily quota by mixing up a smoothie with spinach and strawberries, or enjoying a tasty omelet with bell peppers and kale. All of these Must-Make Brussels Sprout Recipes are potent sources of the immune-boosting nutrient, too! 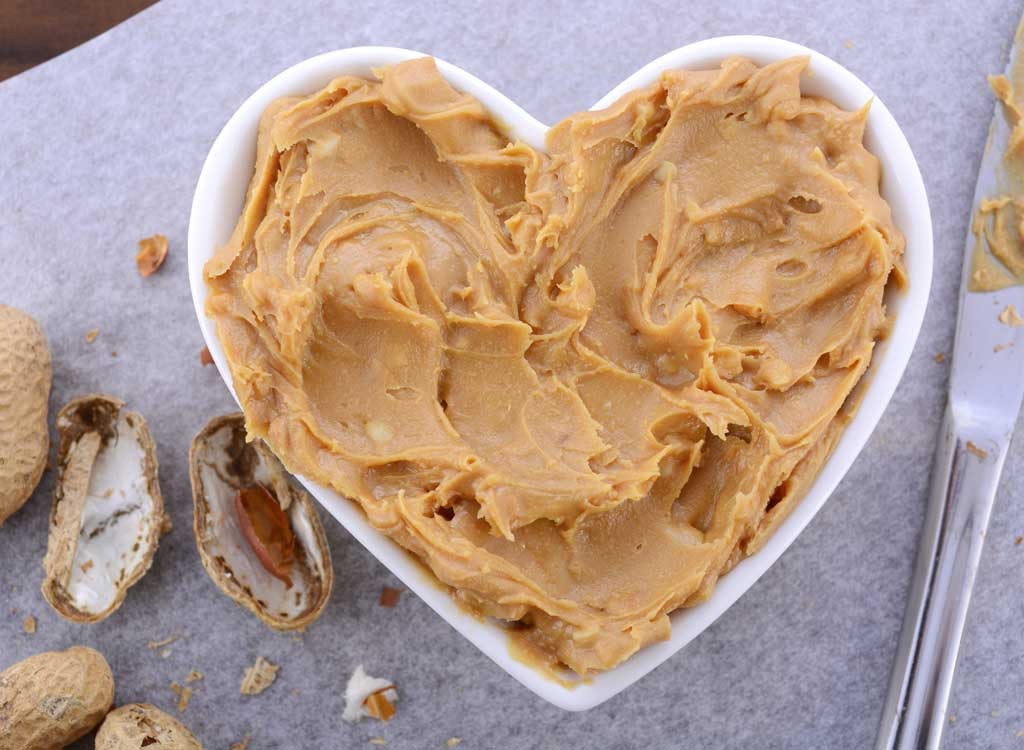 Vitamin C may get all the immune-boosting glory, but Vitamin E plays an important role in keeping you germ-free, too. The fat-soluble antioxidant roams the body and fights off free radicals that can weaken your immune system, according to the Academy of Nutrition and Dietetics. Sounds like a good reason you should focus on eating your fill, if you ask us! 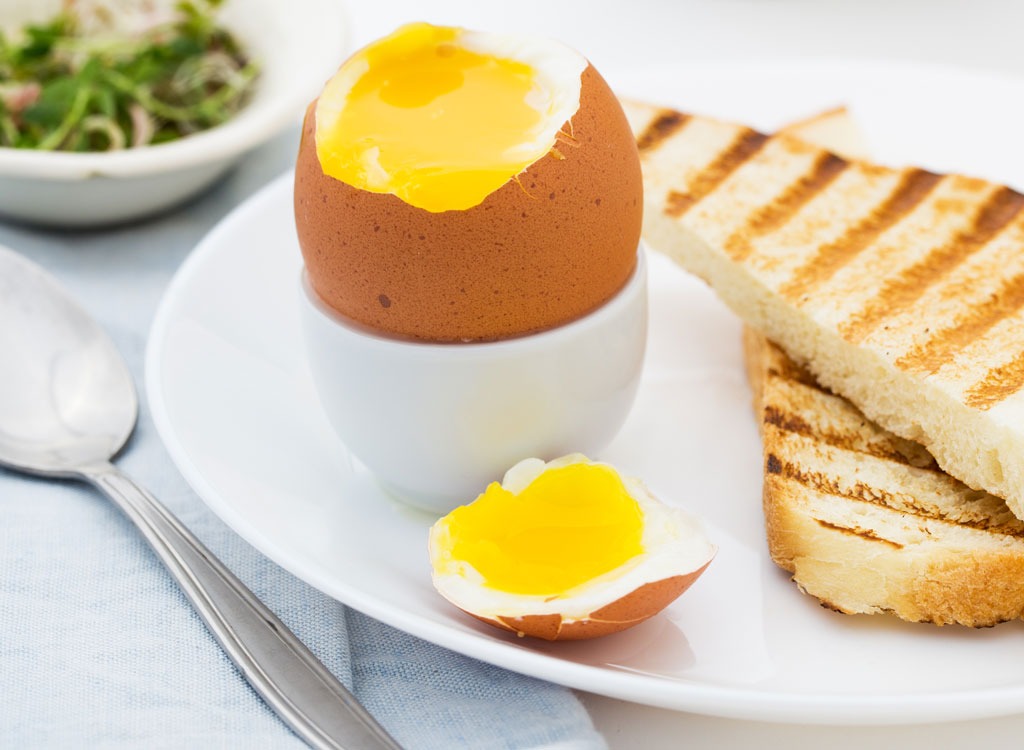 You may already know that vitamin D boosts the absorption of calcium and helps regulate hunger, but did you know that people with low levels of the nutrient catch more colds or the flu than those with the highest amounts? It's true! Scientists have found that vitamin D is crucial to activating our immune defenses. Without sufficient intake of the vitamin, T-cells cannot fight off serious infections as efficiently. While things like egg yolks and tuna contain the nutrient, it's most readily available in fortified sources like Greek yogurt, milk, cereal. While it's always best to reach for a natural source of a nutrient, if you're not someone who eats eggs or tuna on the reg, fortified noms are the next best thing. 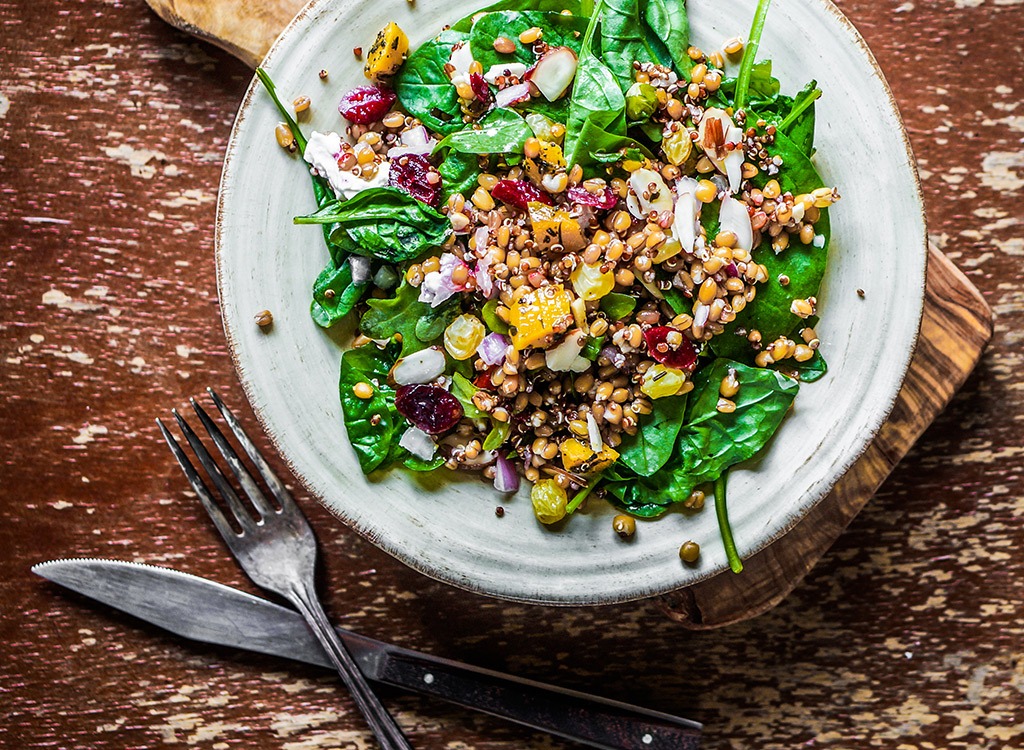 Find it In: Whole grains, legumes, seeds, and nuts

Magnesium is another one of Harvard University's recommended immune-boosting micronutrients—and for good reason. Eating foods that contain the mineral has been associated with improved immune system functioning. It's also thought to reduce inflammation in the body. No wonder nutritionists call it "magical magnesium!" 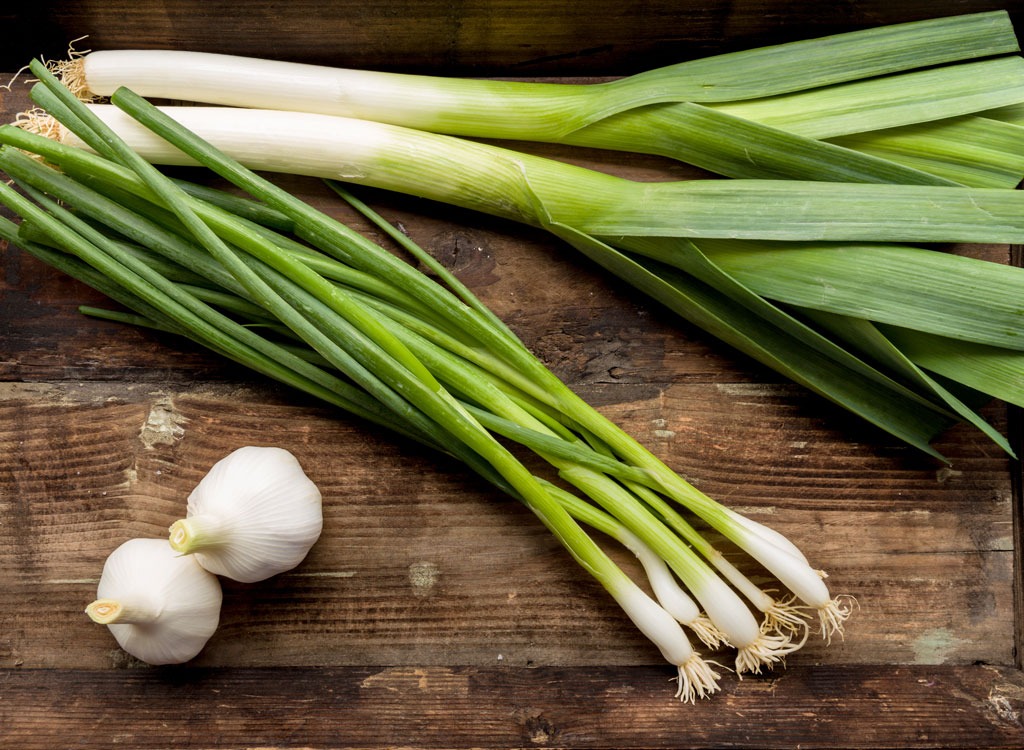 It's not exactly fair that gut-healthy probiotics (which boost immunity and ward off infection) get all of the attention. Because without prebiotics, these healthy bugs can't stay alive long enough to do their job. Instead of popping a pill to get your fill, The Academy of Nutrition and Dietetics recommends eating prebiotics-rich fare like bananas and soybeans, which happens to be one of these 25 Best Foods to Eat for Muscle Definition.

Also known as live or active cultures, probiotics promote healthy digestion and immunity. While dairy foods like yogurt and kefir, contain live cultures, there are also non-dairy options, too. Miso, tempeh, sauerkraut, and kimchi (which so happens to be one of these 14 Fermented Foods to Fit Into Your Diet) all fit the mold. 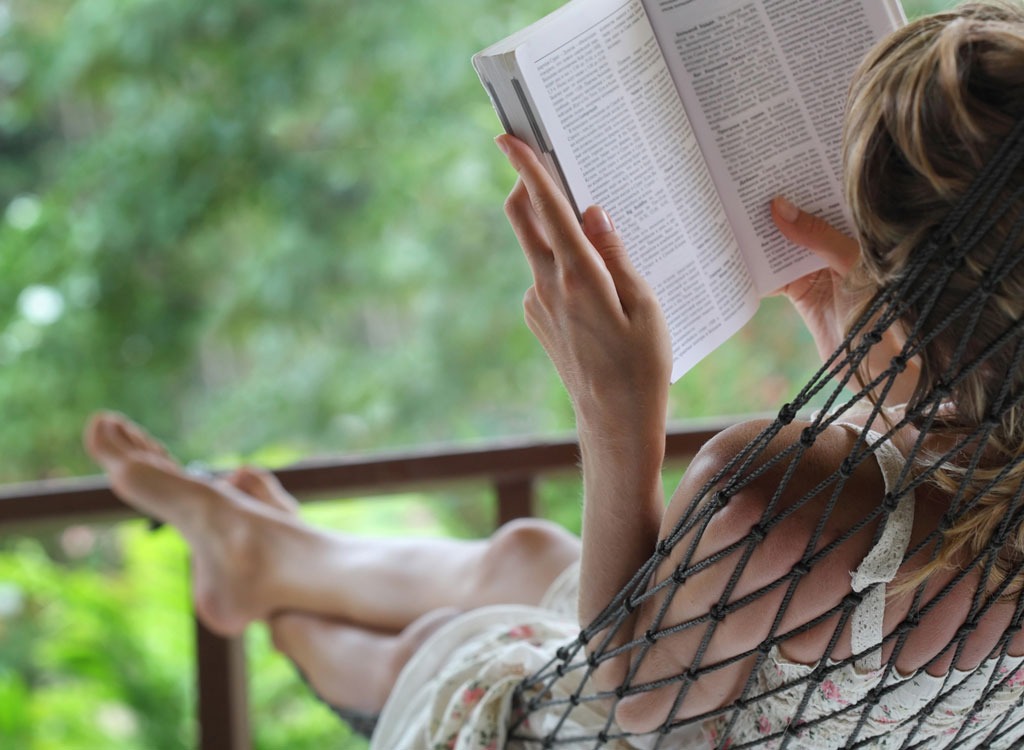 Stress and depression not only make everyday tasks feel impossible, they also seriously affect your immune system. In fact, people who are under a lot of stress have fewer T-cells and gamma interferon (an antiviral protein that regulates immune response) in their system than those who don't feel strung out, According to the American Psychological Association (APA). To bring more calm into your life—and keep illnesses at bay—the APA suggests meditating and reaching out to good friends to talk through your stresses. Looking for even more ways to unwind? Don't miss our report, 10 Ways to Relax so Healthy Eating Works. 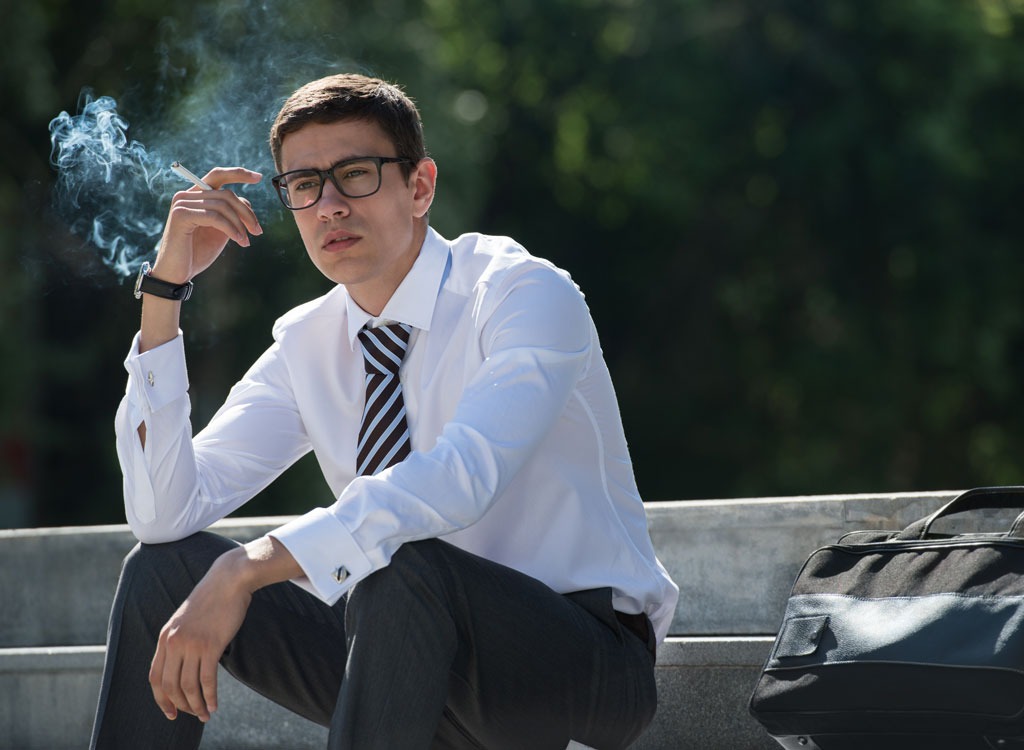 Kicking your cigarette habit to the curb is an immune-boosting step that could save you tons of money! Smoking suppresses the immune system, destroys immune-protective structures in the body, and makes you all-around more likely to catch an infection, according to a study in the journal Inflammation Research. If you like the idea of not only breathing better but also having a lot fewer colds each year, give up the smokes.

Regularly washing your hands is one of the easiest ways to boost your immunity and prevent colds, stomach viruses, and the flu. Yet it's something 40 percent of Americans don't do, according to the American Society for Microbiology. To ward off illnesses, challenge yourself to become a better hand-washer. Keep your hands covered in water and soap for at least 20 seconds, and be sure to scrub the front and backs of your paws and under your nails, too! For even more ways to kill off dangerous bugs, don't miss our report 20 Food Combos That Prevent Common Colds. 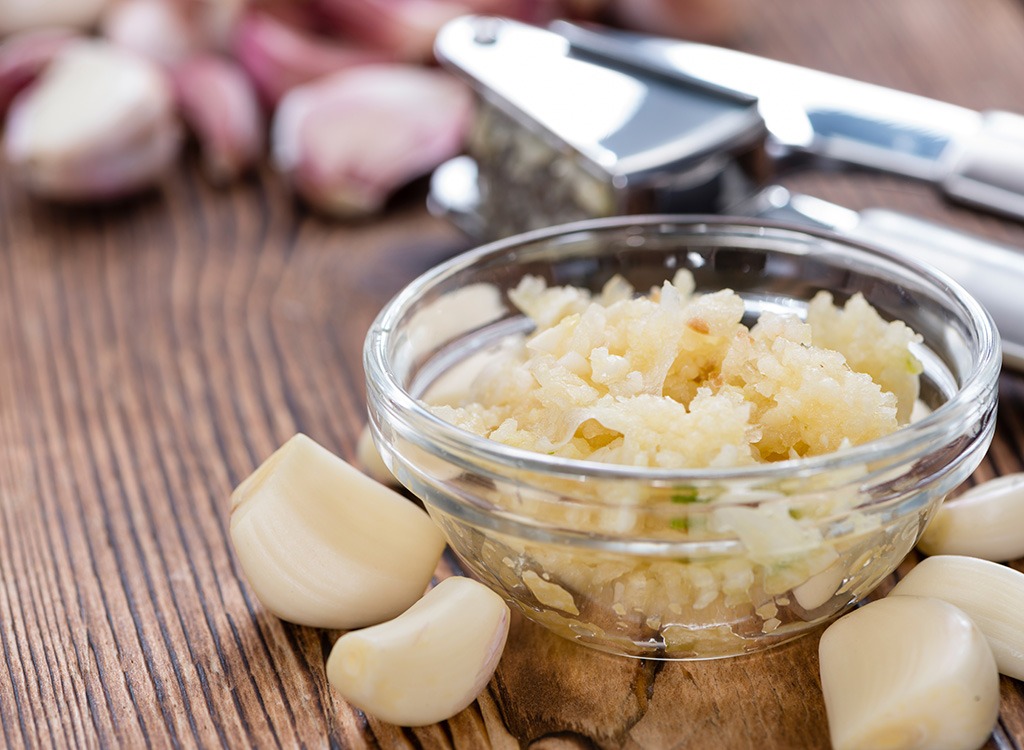 Who needs Emergen-C when you've got garlic? Aside from its ability to scare off vampires, the pungent-tasting bulb has been shown to reduce the likelihood of catching a cold. Eating the stuff has also been shown to lessen the severity of flu symptoms, according to a study published in the journal Nutrition.