Find out all the health benefits magnesium has to offer from reduced headaches to more energy.

We all hear about the importance of vitamin D, calcium, and omega-3s every day, but it's not that often we hear about the body-boosting benefits of magnesium. That's a shame because magnesium benefits are really wide-ranging. This mineral can help alleviate—or even prevent—many of the problems that many of us experience.

Find out more about 19 magnesium benefits and how to fit more magnesium into your life.

It might be hard to believe, but magnesium is responsible for over 300 biochemical reactions in the body, including brain and muscle function, according to Medline Plus. Ignore your body's need for it and you'll feel crummy; headaches, muscle aches, and overall fatigue are common indicators that you're not getting enough magnesium in your life.

You need more magnesium than you realize.

According to the National Institutes of Health, people need quite a bit of magnesium every day to maintain proper levels.

Hard water is a good source of magnesium.

Few of us drink hard water anymore, thanks to the water purification process. This process gives us clean water, but it takes out the natural minerals—namely magnesium and calcium—found in hard water. According to a report by the World Health Organization, native communities who consume hard water showed fewer problems with cardiovascular disease when compared to natives who moved into more urban settings.

It's best to get magnesium from food.

You'll reap the most magnesium benefits if you get it from whole foods rather than supplements. Foods high in fiber are great sources. Good magnesium-rich foods include:

And don't expect to get much from your favorite snack foods: the food processing techniques used by manufacturers take out most of the vitamins and minerals in foods, including magnesium.

Pumpkin seeds and kelp are great sources of magnesium.

Believe it or not, just a half cup of pumpkin seeds provides nearly 100 percent of your daily magnesium needs. Kelp, a type of seaweed, might not be the most common food on your menu, but one serving of the green stuff contains 780 mg of magnesium. Also, bananas are a great source of potassium, but one medium piece of the fruit also provides 15 grams of magnesium.

Craving chocolate? You may need magnesium.

We all love a delicious piece of chocolate now and then, but if you can't get enough? Time to get some magnesium. According to a study by the University of Arizona Medical Center, chocolate lovers might be obsessed because their bodies are craving the body-boosting benefits of magnesium. Chocolate—especially dark chocolate—contains about 24 percent of your daily magnesium needs, making it a good (and yummy!) source.

You may need to take a magnesium supplement.

It might be best to get magnesium from food, but it's not always possible. That's where supplements come in, but not all are created equal. According to the National Institutes of Health, magnesium in aspartate, citrate, lactate, and chloride forms is better absorbed by the body than magnesium oxide and sulfate forms.

It's best to pair magnesium with calcium or vitamin D. 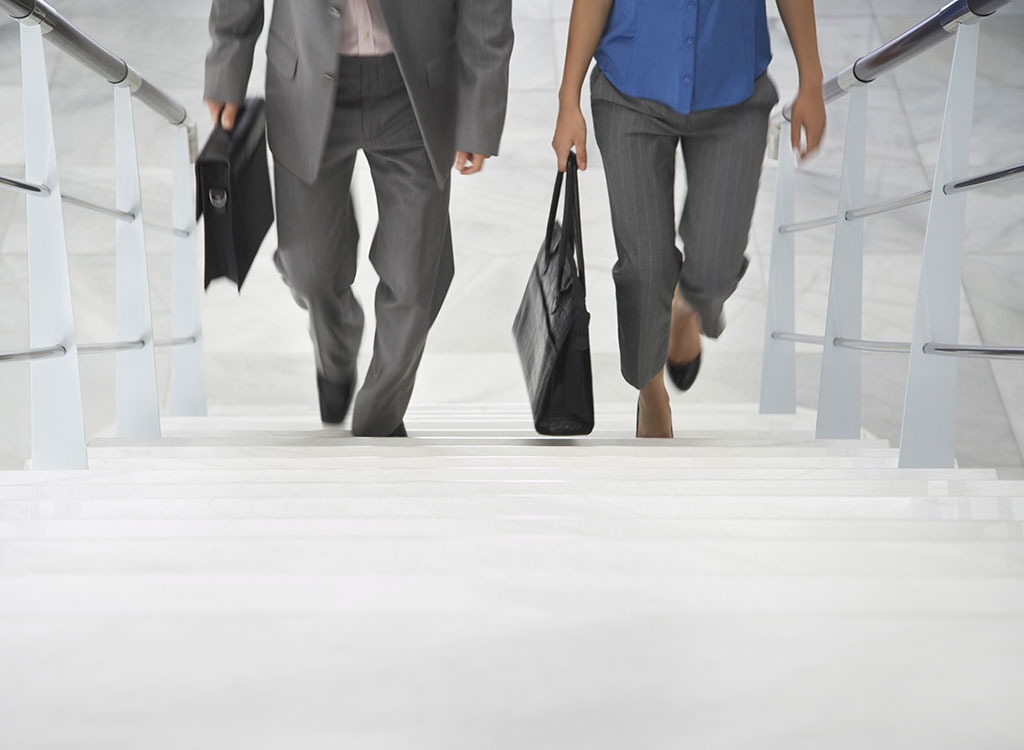 Magnesium and calcium are best buddies because the magnesium helps draw calcium into the bones, keeping them strong. This helps prevent osteoporosis and some forms of arthritis. In addition, magnesium and vitamin D work well together. That said, there's a school of thought that recommends taking magnesium separate from other vitamins because it's usually taken in large doses. The best bet? Get a recommendation from your doctor.

…But not with zinc. 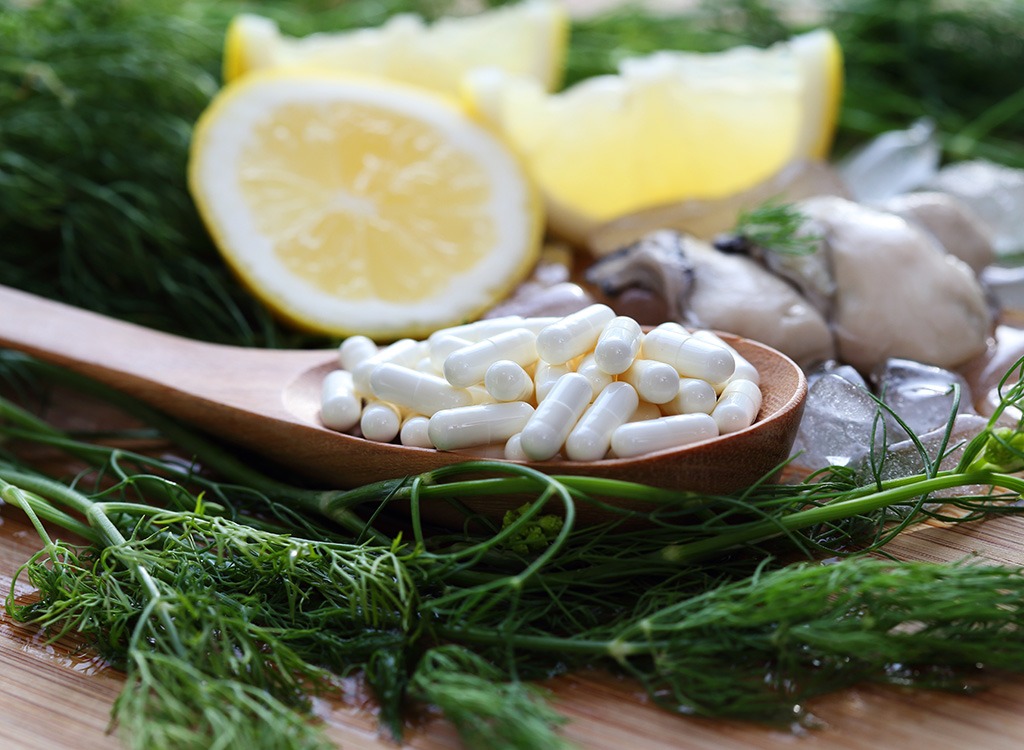 Zinc is another important nutrient, but it's best not to take large doses with magnesium. According to a study in the Journal of the American College of Nutrition, high doses of zinc (over 142 milligrams a day) can throw off the balance of magnesium in the body and keep it from absorbing correctly.

…And not with certain antibiotics.

It seems odd since magnesium is essential for the body, but you shouldn't take extra supplements if you're on certain antibiotics. Antibiotics that contain aminoglycosides affect the muscles and, since magnesium affects the muscles, it might cause problems. Also, some antibiotics—like Quinolones—can affect how much magnesium the body can absorb. Magnesium can also bond to Tetracycline antibiotics, reducing the healing powers of the medication.

Feeling restless when you try to sleep? You probably need magnesium. Magnesium helps the function of the GABA receptors in the body and nervous system. GABA is the neurotransmitter that helps calm the body—without it, we stay tense and awake. This calming factor is why many opt to take magnesium supplements before bed for better sleep.

Can't seem to lose belly fat? It might have something to do with your magnesium levels. Magnesium plays an important role in insulin function, allowing the body to effectively convert glucose into energy. If your magnesium levels are in check, you'll reap a host of benefits including more energy and less belly fat. Count us in!

It helps keep your heart strong.

Heart disease is a huge killer of both men and women, but adequate magnesium has been shown to help keep it away. A study of people participating in the Honolulu Heart Program found that men who took more than 320 mg—less than the daily recommended intake—showed that only four out of 1,000 participants developed heart disease. On the other side, seven men out of 1,000 who look less than 320 milligrams developed heart disease.

There are a million-and-one benefits to cutting out soda, but here's another one: It can make you deficient in magnesium. The reason: Excessive caffeine makes it more difficult for the intestines to absorb magnesium. You can counteract that by consuming more magnesium, but at some point, you won't be able to get enough to make up the difference.

If you work out a lot, you need magnesium.

Magnesium is important for athletes because of its heart health benefits, but it's also shown to help the body rebuild adenosine triphosphate (ATP) that's broken down during exercise. It also helps the body burn that energy more efficiently, lowering the amount of lactic acid that builds up post-exercise. Less lactic acid means less muscle soreness. In addition, the muscle-relaxing properties of magnesium also help soothe pain post-workout.

It helps regulate your mood.

Magnesium affects many neurological processes, including parts of the brain responsible for mood levels. According to the National Institutes of Health, the true connection between magnesium levels and depression isn't totally understood, but a report in Magnesium in the Central Nervous System states that magnesium supplementation was as effective as the tricyclic antidepressant imipramine in treating major depression.

It cuts down your risk of cancer.

Magnesium, at its very core, helps prevent inflammation in the body. Inflammation is shown to be a leading cause of a number of diseases, including cancer. Cells low in magnesium are weaker, leading them to be more susceptible to other invaders. A meta-analysis in Magnesium Research found that low magnesium negatively affects the permeability of cells, which has been shown to initiate carcinogenesis (or the formation of cancer).

Magnesium helps your bowel movements to be more regular.

One of the more unknown magnesium benefits is that it's often used as a stool softener because it helps draw water into waste, making it easier to pass through. Also, it's effectiveness as a muscle relaxer makes it easier to, well, relax the muscles responsible for waste elimination. Relaxed colon muscles mean it'll be easier to push things through.

Eat This, Not That!
Inspired by The New York Times best-selling book series, Eat This, Not That! is a brand that's comprised of an award-winning team of journalists and board-certified experts, doctors, nutritionists, chefs, personal trainers, and dietitians who work together to bring you accurate, timely, informative, and actionable content on food, nutrition, dieting, weight loss, health, wellness, and more. Read more about Eat This
Filed Under
Supplements // Vitamins