9 Signs You're Going Through Menopause

It's more than just hot flashes.

The average age that a woman reaches menopause is when she's 51 or 52, key word being "average." It can happen before, it can happen after, or it can happen right on time. And while it's easy to know when you've reached it—you don't get your period for a year—how do you know when you're in the middle of it? Good question. You can look to your mother or sisters for an estimate based on when it happened to them, but the start of menopause varies from woman to woman.

That's why we asked some experts for the telltale signs that your menstruation cycle is on its way out. But as you take a look at the classic symptoms listed below, be mindful of this. A study in Maturitas found that women with negative attitudes report more symptoms, so stay as positive as you can. Just remember that menopause is natural, and it happens to everyone. So keep an eye out for these surefire signs as you approach your early 50's, and steer clear of the 20 Foods That Age You 20 Years while you're at it.

Menopause may not be featured on our list of 20 Weird Reasons Why You're Gaining Weight Fast, but if you're finding more fat on your body, especially around your abdomen, this hormonal change could be the culprit. According to Dr. Lakeisha Richardson, an Ob/Gyn with more than 10 years of experience in private practice, a healthy diet and regular exercise may be the key to reducing these symptoms since they're probably also related to aging and lifestyle choices.

Feeling forgetful or having a hard time concentrating? Don't beat yourself up about it. A study in the Journal of Neuroscience tested women between the ages of 45 to 55 and found that as her estrogen levels dropped, her performance on certain memory tasks tended to dip as well. So if you think you're alone in this, you're not. Researchers noted that, according to past studies, 60 percent of menopausal women experience the fog.

With menopause comes irregular periods, so irregular that you might feel like you've regressed back to when your cycle first started and struck at random. Christina Enzmann, MD, assistant professor of obstetrics, gynecology and reproductive science at the University of Maryland School of Medicine and an Ob/Gyn at the University of Maryland Medical Center, says irregularity is normal and nothing to be concerned about. According to this certified menopause practitioner, cycles can range between being closer together—think 21-24 day cycles instead of 28—to being months apart but with heavier bleeding. You know what that means! Start tracking on a calendar if you haven't been already and keep pads or tampons in your purse at all times.

Whether you get them during the day, in the middle of the night, or both, hot flashes are a staple menopause symptom. They can even cause other symptoms like fatigue and insomnia if they're waking you up and keeping you there. "These episodes might get closer together as you approach the time of actual menopause," Enzmann says. Certain symptoms can be triggered by things like alcohol, caffeine, or spicy foods among others, according to Richardson, so pay attention to anything that's repeatedly preceding your hot flash to try preventing future ones.

If you don't feel like getting intimate with your significant other as much as you used to, it could be because you're eating too much of the 27 Foods That Kill Your Sex Drive. That being said, it could also have more to do with menopause than you might think. According to Richardson, hormone replacement therapies can be prescribed to combat this. "There are several preparations for HRT and physicians usually prescribe them based on the female complaints," she says.

As if menopause wasn't already sending you to the bathroom enough with irregular periods, your body's lack of estrogen during this time can weaken your bladder and lead to increased urination. This could mean making multiple toilet trips or leaking when laughing, sneezing, or coughing. Menopause also comes with an increased risk of urinary tract infections. These can be prevented by drinking plenty of water—which will, indeed, make you pee even more.

Remember that decreased libido we mentioned? It might have a little something to do with this. According to Enzmann, menopause can lead to vaginal dryness and ultimately painful intercourse. So make sure you're moisturizing and using lubrication to free yourself of that uncomfortable friction feeling. 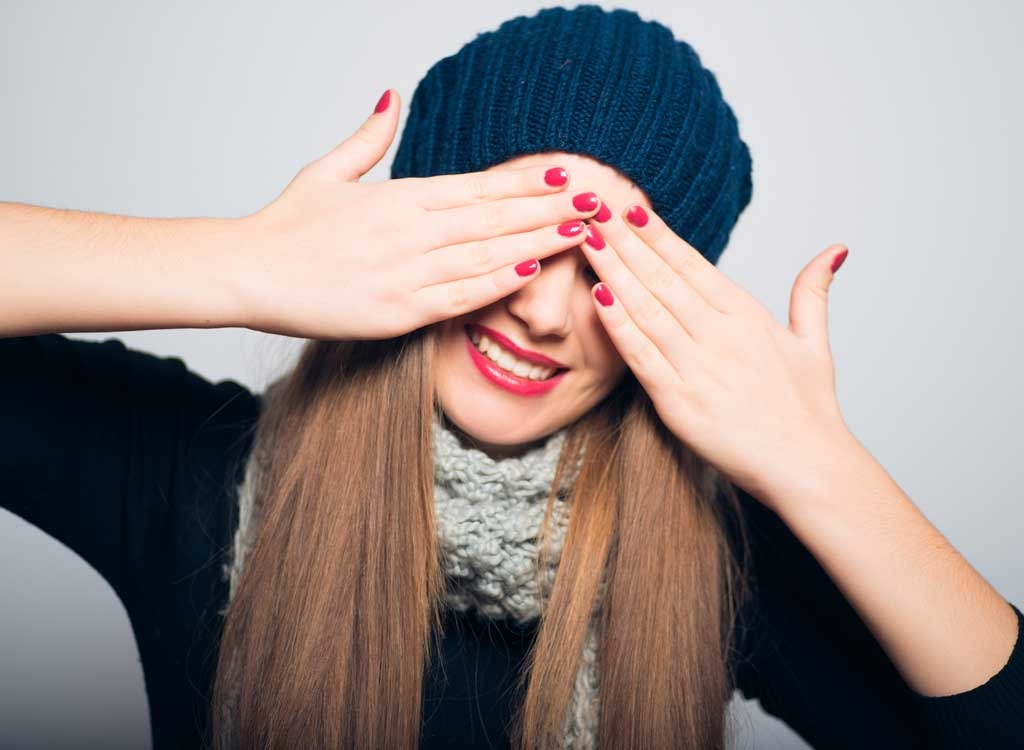 If you're wondering why you're losing your hair or why your nails keep breaking, menopause may be to blame. These are classic symptoms, according to Caitlin Hoff, health investigator for ConsumerSafety.org. Because of this, a study in Menopause Review found that it is especially important for women experiencing this to pay closer attention to their diets—their vitamin and mineral intake, in particular—especially if they're stressed. Look at labels to make sure you're getting enough of vitamins A, B, and C, as well as zinc, magnesium, and calcium.

Experiencing PMS-level moodiness when your period isn't coming may be confusing. Turns out, that teariness and irritation you feel could be coming from your menopause—or it could even be a result of all your other menopause symptoms. In addition to this, if you already have a history of depression, going through menopause can actually make it worse, according to Enzmann. But if moodiness is the only symptom you're experiencing, these emotions may be due to something else. Is Your Diet Making You Depressed?. It's definitely worth looking into.

Eat This, Not That!
Inspired by The New York Times best-selling book series, Eat This, Not That! is a brand that's comprised of an award-winning team of journalists and board-certified experts, doctors, nutritionists, chefs, personal trainers, and dietitians who work together to bring you accurate, timely, informative, and actionable content on food, nutrition, dieting, weight loss, health, wellness, and more. Read more about Eat This
Filed Under
Menopause // Women