There's a Nationwide Shortage of This Popular Milk

Love of this plant-based milk has skyrocketed, but this shortage may affect your coffee or grocery order.

If you were hoping to try one of the TikTok hacks for the oat milk lattes at Starbucks, you might have to wait to get in on the trend. That's because two major retailers are reporting that customers are "disappointed" about a shortage in the beloved oat milk brand Oatly, with no sense of when supplies could be shipping again.

Late last week, Starbucks Corp. and Fresh Direct, the 19-year-old grocery delivery company that was one of the first in the country, confirmed short supplies of Oatly oat milk to Bloomberg. It seems the main reason for the scarcity is that the beloved plant-based milk brand has been working on a new plant in Utah to keep up with demand, but construction on that factory has reportedly been delayed because of issues related to the COVID-19 pandemic.

RELATED: The One Vitamin Doctors Are Urging Everyone to Take Right Now

Meanwhile, thirsty customers are lining up. In early March, Starbucks introduced new oat milk menu items that gained a fast following, so much so, that tactics to save a few bucks by recreating them have gained momentum. (We've tried the iced brown sugar oatmilk shaken espresso, and it lived up to the hype.) With so many fans ordering up the new spring drinks, Starbucks apologized for the inconvenience and explained that the shortage is temporary, as supplies of Oatly fluctuate. 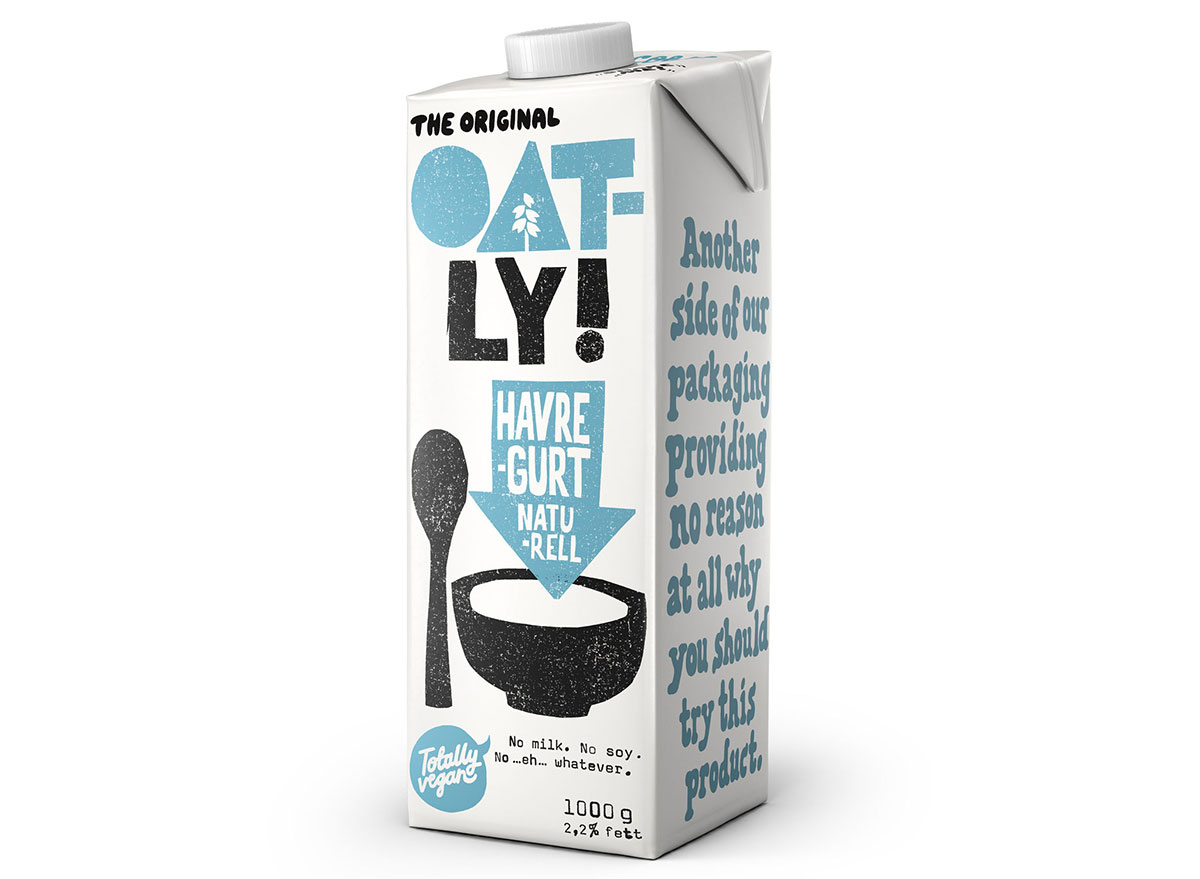 Fresh Direct noted that customers are "disappointed" it can't keep the product on its shelves, which goes to show how customers want Oatly, only (it's not a mild milk devotion, considering the brand goes for more than $5 per carton).

Plant-based milk lovers are a devoted bunch, but we've seen few brands take off the way Oatly has, thanks in part to support from celebrities like Oprah and its awful-but-adorable commercial during this year's Super Bowl. Oat milk is also one of the plant-based milks with the lowest carbon footprint. With all this to love, there's no word just yet on when Oatly supplies will be replenished—and a visit to their website early Monday morning revealed that three of four varieties were still sold out.

If this has you contemplating what you might order instead, check out last week's story on what your coffee order says about your personality.

Krissy Gasbarre
Krissy is a senior news editor at <em>Eat This, Not That!</em>, managing morning and weekend news related to nutrition, wellness, restaurants and groceries (with a focus on beverages), and more. Read more
Filed Under
Groceries // Grocery Shopping // News // Plant-Based Protein // Starbucks