One Secret Side Effect of Watching Too Much TV After 40, Says Study

Does parking your body in front of the tube rot your mind? New research offers a grim perspective.

You don't need us to tell you that watching too much TV isn't exactly the smartest lifestyle decision you can make. If you're parked on the couch for long hours, day after day, you're definitely fast-tracking negative side effects that include weight gain and enduring back and shoulder pain, while putting yourself at a greater risk of heart disease and diabetes. According to recent research published in the Journal of Sports Sciences, you'll be putting yourself at much greater risk of poor mental health, as well.

What's more, according to a study conducted by researchers at the University of Illinois at Urbana-Champaign and published earlier this year in the International Journal of Obesity, you'll be hurting your attention span and making yourself much more vulnerable to distraction.

But according to three news studies of older TV viewers that were presented together last month at the American Heart Association's Epidemiology, Prevention, Lifestyle & Cardiometabolic Health Conference 2021, there's yet another consequence of watching entirely too much TV. Read on to learn what it is, and for more wellness advice as you get older, make sure you Never Do These Abs Exercises If You're Over 40, Says Trainer.

The studies were led by Kelley Pettee Gabriel, M.S., Ph.D., FAHA, a professor of epidemiology in the School of Public Health at the University of Alabama at Birmingham, and Priya Palta, Ph.D., M.H.S., an assistant professor of medical sciences and epidemiology at New York City's Columbia University Vagelos College of Physicians and Surgeons.

They focused on the TV viewing habits of people "in midlife" by analyzing the responses collected by the two major studies of older individuals (the Atherosclerosis Risk in Communities Study and the ARIC Neurocognitive Study). They were then able to make connections between the TV viewing habits and either the test subjects' cognitive decline and dementia risk, as well as the connection between their viewing habits and their brain structures. And for more on the science of your mind, don't miss The Secret Trick for Beating Procrastination, Says Top Psychologist.

According to Palta's study, "moderate" to "high" viewers of TV (with an average age of 59 years) experienced nearly a 7% "greater decline in cognitive function over 15 years" compared "to people reporting that they never or seldom watched TV." Interestingly, those who watched more TV weren't at greater risk of dementia, and the participants' exercise habits "did not appear to alter the relationship between time spent watching television during midlife and changes in cognitive function."

According to the study led by Gabriel, moderate to high viewers of television were found to have "lower volumes of deep gray matter more than a decade later in life." For the record, gray matter is the brain tissue that oversees your muscles, some of your senses, and your ability to make decisions, among other things. "[This] indicates a greater brain atrophy or deterioration," notes the study.6254a4d1642c605c54bf1cab17d50f1e

In other words, watching a ton of TV in middle age can indeed physically harm your brain.

Yes, You Need to Move More 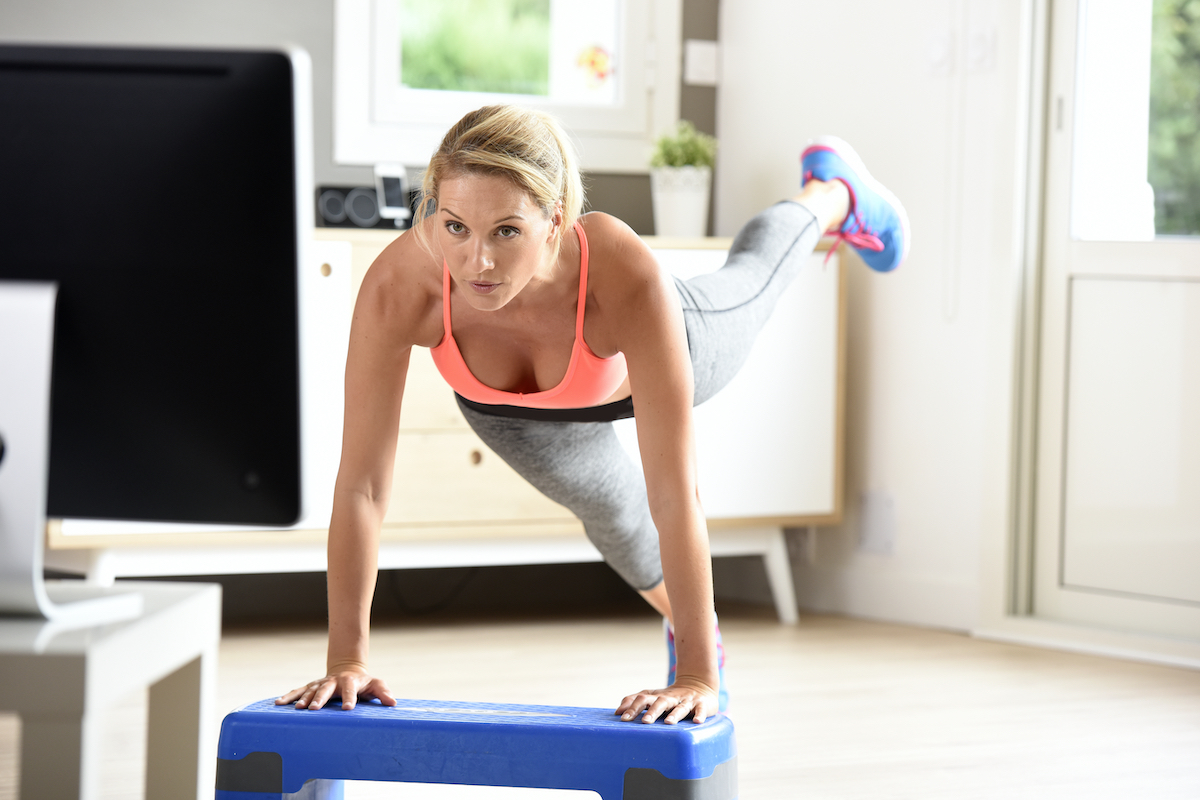 You know that leading a sedentary lifestyle is bad for your body. If you're curious how much you should move, a brand-new study published in the British Journal of Sports Medicine offers a very specific formula to guide you. According to the study, if you want to essentially erase the harmful effects of sitting—and lower your odds of dying early by 30%—you need to do exactly 3 minutes of "moderate to vigorous" exercise for every hour of the day you spend sitting. If you can't do more moderate to vigorous exercises, "12 minutes of light physical activity" for every hour sitting will work.

Though remember: That that's the least you need to do. And if you're curious for all sorts of handy and smart ways you can move more every day, try these 5 Secret Little Exercise Tricks for Living a Longer Life.