Foods Proven to Do Bad Things to Your Body, According to Science

Studies have definitively linked these foods to serious health issues.

While most of us know the basic do's and don'ts of healthy eating, it can be difficult to follow a healthy diet when we're busy, stressed, or just plain sick of salads and lean chicken. But what might shock you back into caring about what you eat is the fact that there are certain foods that have definitively been linked to a myriad of devastating consequences for your health. And you're likely indulging in those foods on a daily basis.

Some of them may be convenient, others delicious, but learning about the science behind their bad reputations will help you realize how much you can do for your body just by reducing their intake.

The following are foods that have been scientifically proven to cause serious harm to your health. And don't miss The 7 Healthiest Foods to Eat Right Now to start on a better nutrition path today. 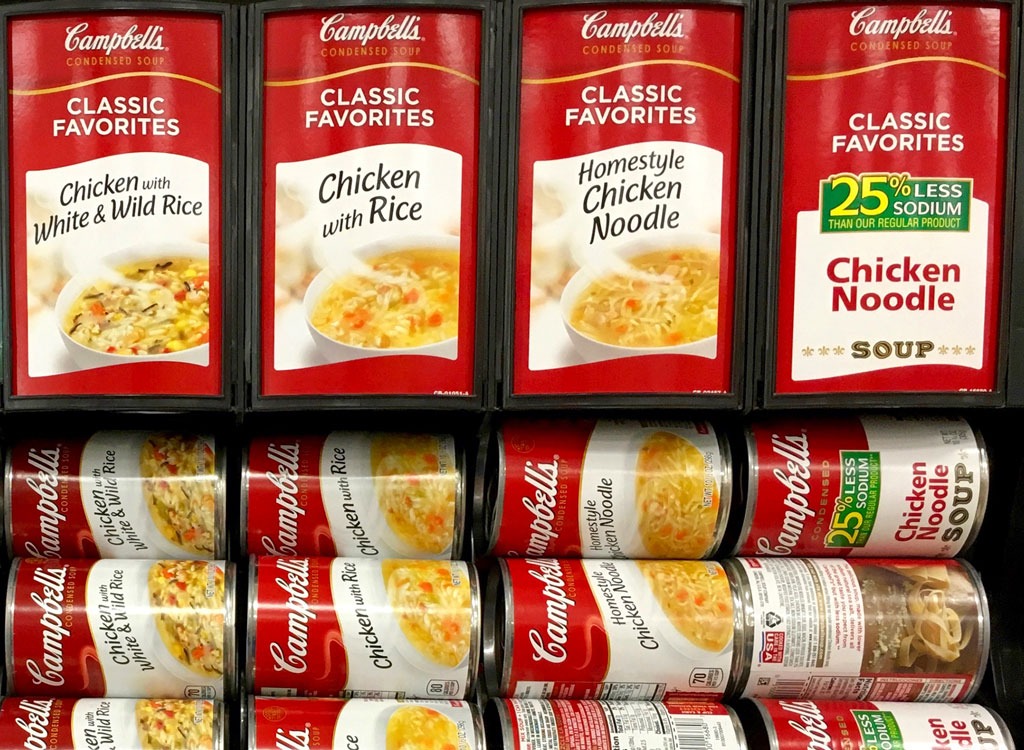 It's undeniable that canned foods are convenient. They've been getting many of us through the pandemic—an increase in demand for canned soups and canned vegetables caused shortages on grocery shelves last year. But canned foods generally have a bad rap for being unhealthy, and there is definitely something to that claim.

Canned foods can often be harmful because they are highly processed. While many canned vegetables are minimally processed and therefore can be a part of a healthy diet, it's the meals-in-a-can type of products that really get you in trouble. (Think: canned soups, pastas, sauces, fruit competes…) They are usually high in sodium and sugar in order to preserve their flavors.

"When commercial [canned] soups are cooked at a high temperature for a long enough time to kill potentially harmful bacteria, some of the natural flavors evaporate. Salt is a cheap, convenient way to make up for the loss," say experts at the Center for Science in the Public Interest (CSPI).

A high sodium intake over time can raise your blood pressure and increase your risk of heart attacks or strokes, according to a review published in the journal Nutrients. So if you're frequently enjoying canned foods for their convenience, try to make sure you're staying within the recommended daily sodium intake as outlined by the CDC. To learn more about the risk associated with canned foods, check out What Happens to Your Body When You Eat Canned Foods.

Another super convenient way to avoid cooking comes in the form of frozen, microwaveable dinners. Unfortunately, experts say that while they may be delicious and quick to prepare, they are often causing more harm to your body than good.

A 2015 study from The British Journal of Nutrition showed that consuming prepared foods, including microwaved meals, on a daily basis can cause an overall poor diet. Daily consumption of "heat-and-eat" meals was associated with increased consumption of fat, lower consumption of fiber, and higher occurrence of abdominal obesity.

Abdominal obesity, aka the accumulation of belly fat, is highly correlated to premature mortality. In fact, a recent study showed that each 10-centimeter increase in belly fat raised the risk of death from any cause by 8% for women and by 12% for men. To learn more about how microwaved meals could be affecting your health, check out Dangerous Side Effects of Eating Microwaved Meals, According to Science.

One inescapable fact about fast food is that it's mass-produced, and what that usually means is highly processed. Processed food is any food that has been chemically altered and made from only refined ingredients and artificial substances (as opposed to whole foods). And one major negative side effect of eating highly processed foods on a regular basis is inflammation. 6254a4d1642c605c54bf1cab17d50f1e

According to the WebMD Medical Reference, inflammation can be triggered by refined carbohydrates (like white bread), sugary beverages, processed meats, margarine/shortening, and of course, fried foods—aka everything fast food is made of. In fact, fast-food can cause a similar type of inflammatory response in your body as one that occurs when your body is fighting off diseases, according to a study published by the journal Cell through the University of Bonn.

When this type of inflammation is endured by the body over a prolonged period of time, it can cause severe health issues, including heart disease, arthritis, depression, Alzheimer's disease, and even cancer, according to Hope Ricciotti, M.D., and Toni Golen, M.D., Editors in Chief of Harvard Women's Health Watch.

Sugar is found in everything these days, not just the obvious places like desserts. Drinks, sauces, condiments, and even bread and baked goods are usually loaded with added sugar, contributing to Americans' overconsumption of this dangerous nutrient.

The tricky thing about sugar overconsumption is that its consequences on your health may not be noticed until years later, says Elizabeth Spencer, MS, RDN, LDN, a registered dietitian at Northwestern Medicine Central DuPage Hospital. "These include risk of Type 2 diabetes, fatty liver, heart disease, and inflammation of the joints," she adds. Not to mention the more immediate one, which is weight gain.

To keep better track of whether you're ingesting too much of the sweet stuff, you need to learn to decode the messages your body is sending you. To learn more, check out The Biggest Danger Sign You're Eating Too Much Sugar, Say Dietitians.

High daily consumption of red meat, including beef, pork, and lamb, has been linked to higher instances of colon cancer, according to Harvard Medical School's website.

A seminal 2005 study from Europe tracked 478,000 healthy men and women for a period of five years, during which 1,329 were diagnosed with colon cancer. Those who ate the most red meat (5 ounces a day or more) were about a third more likely to be diagnosed with colon cancer than those who ate the least red meat (less than 1 ounce a day). The consumption of other types of meat, like chicken or fish, didn't affect their risk.

The scary thing? The average American consumed 222.4 pounds of red meat in 2018—the equivalent of almost 10 meatballs a day (or roughly 10 ounces a day), according to the USDA. A quarter of adults in this country are still eating more unprocessed red meat than the recommended level according to data published in the Journal of the Academy of Nutrition and Dietetics in 2019.

To find out whether you're one of them, check out 6 Subtle Signs You're Eating Too Much Red Meat.

For more healthy eating tips, make sure to read up on the 108 Most Popular Sodas Ranked By How Toxic They Are.