In order to keep offering plastic bags, the chain is making them thicker.

There are a few things you'll never see at a grocery store again (or at least, for the time being.) Masks are not required for vaccinated customers, senior shopping hours are diminishing, and grocery shopping seems to be as "normal" as ever.

But in the last several years—even pre-pandemic—several states around the country have banned single-use plastic bags. Now  Walmart is taking advantage of a legal loophole in order to still use them in all 33 stores in one state. (And for more on what you should get the next time you're at the store, here are the 6 Best Groceries To Buy At Walmart Right Now.)

All these laws are in an effort to reduce plastic waste, which Vermont's government says makes up for about 1/3 of the state's trash. Usually, there is a limit on how thin the plastic bags can be, but, like in Delaware, stores are trying to bypass this and use thicker ones.

"It's frustrating that some businesses have chosen to exploit a loophole that runs counter to the spirit of (the ban)," Delaware Rep. Gerald Brady, D-Wilmington, said in a statement to The Delaware News Journal earlier this year.

Related: To get all the latest Walmart news delivered right to your email inbox every day, sign up for our newsletter!

Walmart is doing the same thing in the Constitution State.

The State Department of Revenue Services in Connecticut says the banned single-use plastic bags have a thickness below 4 mils. So to keep offering customers plastic bags in its stores, Walmart is using ones thicker than this, according to the Hartford Courant.

Walmart is already using these thicker plastic bags in other stores.

Chicago placed a ban on plastic bags in 2015, only to repeal it and put a $0.07 fee on paper and plastic bags in 2017 instead. Walmart now uses the thicker, 4 mils bags in stores in that area. It is also using them in locations in Colorado and South Carolina.

However, critics say the thicker bags are still plastic and should be included in the ban. 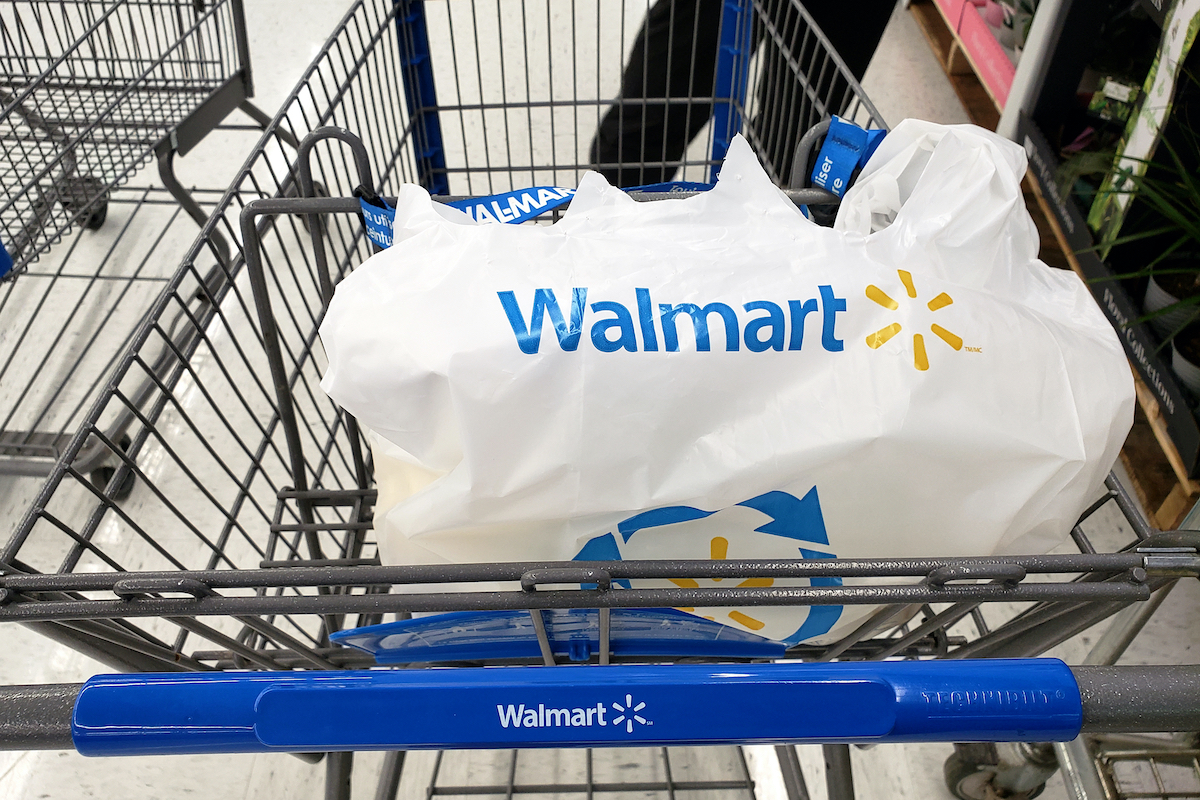 Connecticut State Sen. Christine Cohen says that while a total ban of all plastic bags regardless of thickness would be better for the environment, people are more likely to reuse the ones over 4 mils.

"The bags that are four mils and over are often reused and less common for stores to offer due to cost constraints," she said, according to the Hartford Courant. "Therefore I believe we still accomplish what the ban set out to do, which was to minimize environmental impacts."

Regardless, critics and environmentalists say the thicker plastic bags are still harmful.

"We've been working for many years … to get the public away from this mentality where they need a plastic bag for every item they purchase at the store," Louis Rosado Burch, the Connecticut program director for the Citizens Campaign for the Environment told the newspaper. "In reality, when you don't offer those bags people bring their own."

Eat This, Not That! has reached out to Walmart for a comment.

For more on what's happening at America's largest grocery chain, read these next:

Amanda McDonald
Amanda is a staff writer for Eat This, Not That!. Read more
Filed Under
Groceries // Grocery Shopping // Grocery Stores // News // Walmart