Do you know your bocks from your sours? Dictionary.com recently added these new popular beer terms.

In the past few years, the number of people discovering different beers and attempting to brew their own beer at home has increased due to the pandemic. Dictionary.com noticed people were looking up terms related to beer and seeking definitions the site did not have in its system. At Dictionary.com, they employ professionals such as John Kelly, associate director of Content & Education, and lexicographer Heather Bonikowski and task them with tracking these new words and their uses to keep up with changing trends.

"General dictionaries—like Dictionary.com—have to prioritize adding words that the general person may encounter and need to look up for more information," says Kelly. People were becoming more and more "beer-curious," adds Bonikowski. "We saw that reflected in the data…. Beer culture—and its vocabulary—has had a breakthrough moment into a much wider interest."

This exploding interest in beer led to 10 new beer-related words being added to Dictionary.com. Keep reading to find out which terms made the cut, get an idea of the surging trends in the beer industry, and, perhaps,  find a new beer you'll love. Plus, if you're looking for something to eat with your beer, skip these 8 Worst Fast-Food Burgers to Stay Away From Right Now.

A bock is a strong, dark beer traditionally brewed in the fall and aged through the winter for consumption the following spring. Bocks are malty and toasty, not hoppy, and generally over 6% alcohol content. One of the most well-known bocks is Shiner Bock.

Bock beer was also a term added that links directly to "bock." Beer appears to be a superfluous word, but the two together might be something that a beer lover would lookup.6254a4d1642c605c54bf1cab17d50f1e

A dunkel is a dark lager beer with a distinctive malt flavor and aroma. Dunkel is the word for "dark" in German. This dark beer has flavors of chocolate, bread crust, and caramel, without being sweet, according to Craftbeer.com. This is a milder, lower alcohol beer than a bock and is a touch hoppier, according to The Alcohol Professor.

RELATED: 10 Discontinued Beers That Returned to the Shelves

A gose—pronounced "goze-uh"—is a sour wheat beer with a distinctive salty taste also typically characterized by coriander flavor and aroma. Pair this beer with light food like salads and soft cheeses, suggests Craftbeer.com.

Hefeweizen is a German-style malted wheat beer—weizen is "wheat" in German—with a cloudy, pale appearance and fruit and clove aroma and taste. This type of beer is best served into a weizen vase (a curved beer glass) to show off the beer's signature cloudy glow, according to Craftbeer.com.

Many people are familiar with the term "pilsner" since so many popular beers–think Budweiser, Heineken, and Corona–are pilsners. A pilsner is a pale, light lager beer.

REALTED: These Are the 25 Worst Beers in the World, New Data Says

A saison is any of the various Belgian-style beers characterized by a dry, tart taste and high carbonation. Saison is the word for "season" in French, and some refer to these as farmhouse beers, as they express the flavors of the places and seasons in which they are made. Saison beers have a fruity flavor, but they can also be goaty, horsey, and have leather notes—hence, the farmhouse association.

The word "sour" means many things and has 18 definitions on Dictionary.com. In this case, the word becomes a noun for the popular sour beers that have taken over the brewing world. Sours in this case refers to any of various beers with a particularly acidic or tart taste, made so by acid-producing bacteria and yeast in the brew. If you're interested in trying a sour beer, here's a good list from The Spruce Eats.

A wheat beer is any of various beers brewed with a substantial amount of malted or raw wheat mixed with the more common barley malt. Wheat beers, witbiers, and hefeweizen are all brewed with wheat, which, according to Allasgash Brewing Company, is a more difficult material to work with as opposed to the more common malted barley, but rewarding in terms of flavor and character. 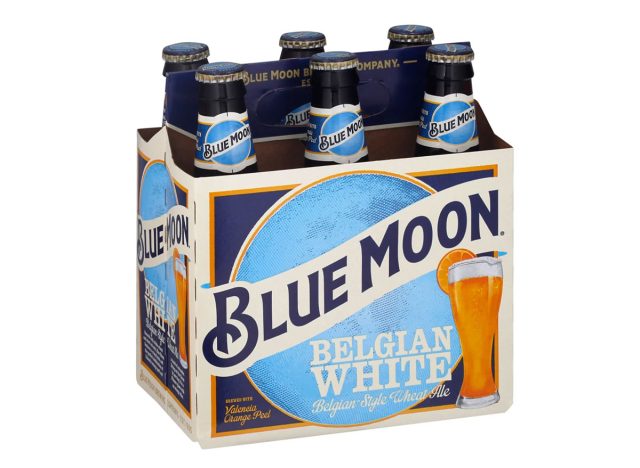 A witebier is a Belgian-style unmalted wheat beer with a hazy, pale appearance, spiced with coriander and orange peel. Blue Moon is one of the most recognizable witbiers.

So, what is the difference between a Belgian witbier and an American-style wheat beer? The American style tends to be crisper without the "heavy clove and banana character of German" wheat beers, according to Allasgash Brewing Company. In fact, they explain that many beers that aren't wheat beers–saisons and IPAs–use wheat to impart that smooth, citrusy characteristic to the beers.

Next time you see these terms on a beer, go out of your comfort zone and try a new flavor. And if you're looking for a good light beer, don't miss We Tasted 10 Popular Light Beers & This Is the Best!