These Are the 25 Worst Beers in the World, New Data Says

Find out which beer took the ignoble title.

Americans drink a lot of beer, to the tune of about 28 gallons per person per year, according to Beer Info. And while microbreweries abound—and more are opening all the time—many beer drinkers tend to stick to their tried-and-true brews, whether they are actually tasty or not.

Beeradvocate, a peer-review platform that combines real-life ratings of almost every beer that's ever popped up in the world, recently released its annual list of the worst beers in the world. While the platform is generally used to rate craft beer and share rare finds, it's no surprise that the slighted beer drinkers are as passionate about what they dislike as what they like.

We gathered the bottom 25 beers to see what people really think about these dubbed "worst beers in the world." What's interesting about this list is that it's comprised of (mostly) big national brands that nearly everyone has a story about.

Read on for some hilarious and candid descriptions of the most terrible beers people have brought to their lips in the past year (and to see if your most-despised pick made the list). Plus, if you're looking for a good beer, check out We Tasted 10 Popular Light Beers & This Is the Best.

RELATED: The #1 Best Juice to Drink Every Day, Says Science

Keystone Ice is a beer that is brewed at below freezing to impart a smooth flavor at a higher alcohol level. As such, it is a popular beer at colleges and for relatively young drinkers. Sadly for those folks, it was one of the beers that Molson-Coors discontinued last year. Though, it sounds like many will not miss it.

"It smells of sweet, sugary corn mash, a sort of grape-flavoured vodka essence, and musty, dusty, um, 'hops,'" said one reviewer. "The taste is somewhat bready generic cereal malt, fake fruity grape candy, a slightly phenolic alcohol note, sans any real accompanying heat, and a very slight nondescript dryness—not a normal tasting metric, but it's hardly fair to drag the innocent hop through any more mud at this point." 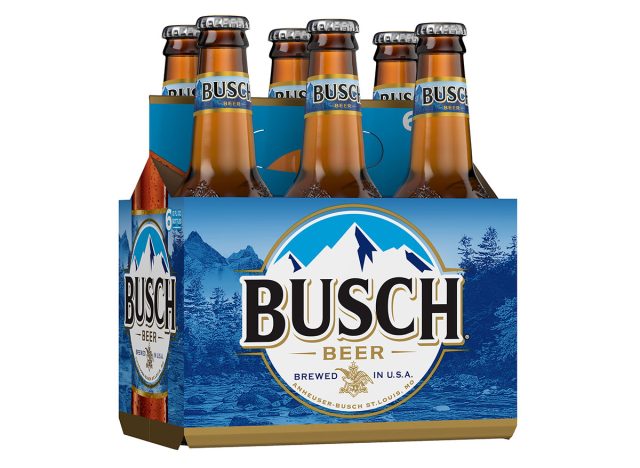 Busch is an affordable beer that most people drink for that purpose and not to experience a transcendent experience. Many of the reviews, like this one, reflect this, "I don't understand what the fuss is about. This isn't the best beer but it isn't the worst either. Perfect for when you are on a budget or having a party."

Sleeman Clear is a low-carb beer brewed in Canada. The consensus with this beer seems to be that it doesn't have much flavor but it is inoffensive. The reviewer sums it up, "There's nothing off here, but there's just well nothing here at all. Tastes light water, with a slight lagery additive."

This beer needs no introduction. No one is expecting a dynamic craft beer experience from this ubiquitous light beer and the reviews reflect that. One summed it up, "From a bottle, pours as a clear yellow with lots of carbonation and a thin white head. Adjunct aromas with corn. Light and fleeting malt flavor with a metallic hop bite at the back end. Its best qualities are its carbonation and ability to drink cold on a hot day." 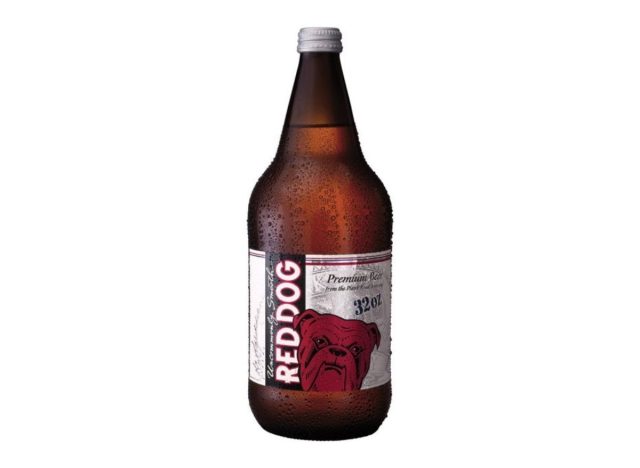 By the reviews, Red Dog appears to be another beer that is cheap and thus a foray into the world by young college students. Reviewers don't have much good to say about it besides it being cheap and somewhat beer-like. "Better than a lot of ice beers. That is not saying much, this is still awful in almost every way shape and form. The only thing that separates this is that it actually tastes somewhat like beer," mused one reviewer. 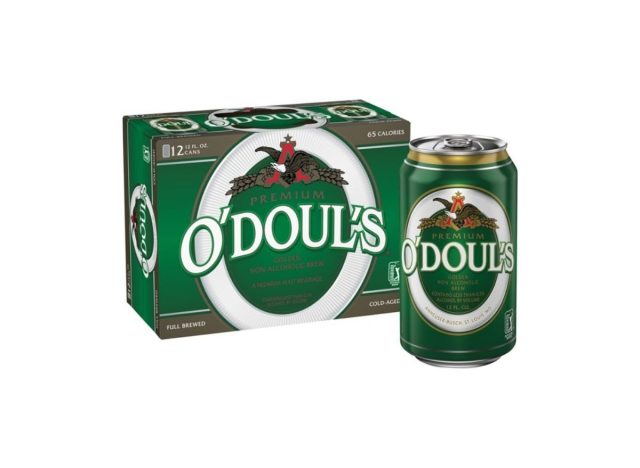 O'Doul's is what many consider to be the original non-alcoholic beer. (Any beer that has 0.50% alcohol or less is considered to be non-alcoholic.) Reviewers don't love this beer, but they don't hate it either. Essentially, it is what it is. Howeverm there are now many better N/A brews out there if you're looking for a tastier dry January experience. "The taste isn't pronounced but is balanced with what little grain taste is there. There is no hop aroma. The feel is loose and not well complimented with carbonation. Overall it is simple and straightforward," said one reviewer.

RELATED: This Is the Most Popular Beer in Your State, New Report Says

Carlton Cold is a beer brewed by a subsidiary of the Foster's group and it is not well-received. This reviewer sums it up, "It tastes rather bland, in fact there isn't much to taste at all. Didn't get any better towards the end. The drinkability factor is rather low, I'll give it a 1.5 because there are worse beers out there but this certainly isn't anything special. If you're really thirsty and you don't have access to water then try a Carlton Cold, the taste is about the same."

Keystone is a cheap beer that really isn't looking to win any awards. It gets low ratings and most reviewers note that it doesn't taste like much. One said, "There's both a metallic and hard water taste to this one that permeates the entire brew. It's subdued though, but then again so are all the other flavours. Some brief sweet corn and straw and… that's it. I honestly wish there was something more I could say. There's nothing too offensive, but there just is so little here."

The reviews for this regional beer from Wisconsin are not kind. "It is not an attractive beer," says one reviewer, and another said it "felt like a seltzer on my tongue, which is not a good thing, as this is NOT a seltzer, but a beer. The taste was funky, with some odd metal thrown in."

If you love Corona with a lime and you want to drink a light beer, this is the beer for you. One reviewer sums it up perfectly, "Let's be honest here, this is one of the best LIGHT beers you can get, so don't judge this beer off of the best pilsner you have had; judge it for what it is. Garnish this beer with a lime & go get in the pool or mow your lawn & you won't be disappointed."

RELATED: The #1 Best Beer to Drink, According to Experts

This beer is another one of those beers that seems to disappear if you look too closely at it. Most reviews note its lightness and lack of flavor. One drinker called it "clean. almost too clean. a basic staple. nothing past a simple beer."

This brew is what happens if Bud Light and a Bloody Mary had a baby. This beer is for people who love Micheladas, which is beer doctored up with Clamato or tomato juice, Worcestershire sauce, lime juice, and hot sauce. Not surprisingly, people who aren't a fan of the combo don't like this brew.

This ultra low-carb beer doesn't have a lot going for it, and for some, that's the point. It is easy to drink without being much of anything else. As for the taste, one reviewer sums it up, "Very watery, but not really in a bad way. Wet hay, corn flakes. Hint of sweetness. No bitterness."

This is a light beer that is also supremely light in color, reviewers note. This is a beer for a hot day and nothing more. Most reviewers note its complete lack of flavor like this one that states, "it almost literally tastes like ice water. I know what the ingredients are, but when consumed ice cold, nothing really stands out at all." 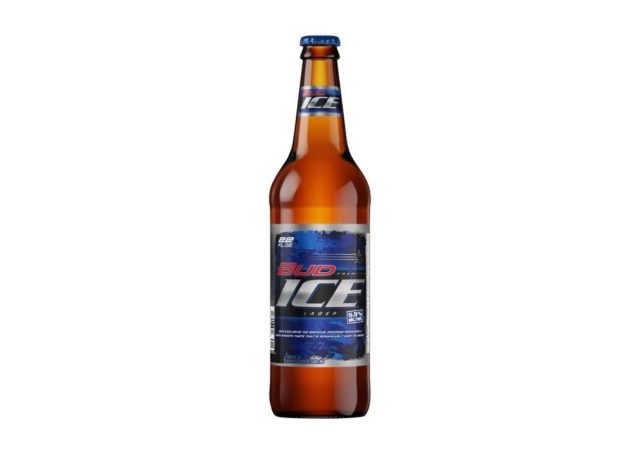 The ice-style beer isn't something you crack open at a party, it's an affordable beer that serves a purpose. One reviewer describes it as "light and grainy, honestly it's exactly what you'd expect. It's sweet grainy malts with very faint bitterness. There's not much to say, it's just an inoffensive cheap ice lager."

RELATED: We Tasted the Most Popular Beers & This Is the Best!

The ice-style beers have their lovers and haters. The reviews are overall not kind. One was more diplomatic than the others, stating "This is certainly NOT good, but it's honestly not as bad as I thought it could be. It's not as skunky as it could be, with just very little flavor to it overall – a mild sweetness and a decent crispness on the back end is about all I get." 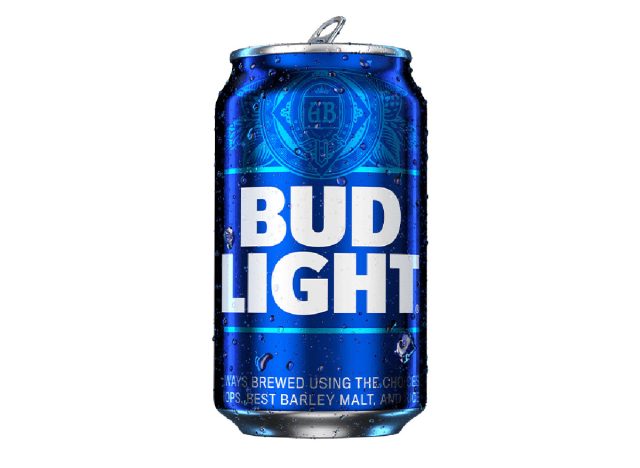 Bud Light isn't just the most popular light beer in the U.S., it's the most popular beer, period. But like anything at the top of its game, it has its detractors. Again, this is the type of beer that isn't supposed the be flashy. It's easy to drink without a lot to say. One reviewer described the taste as "corn flakes, barley, and an almost mineral flavor. Not really much else. On the sweeter end of the spectrum."

While the flavor of this light beer leaves most reviewers flat the texture isn't bad. One reviewer called it "Almost champagne-like in a Miller High Life kinda way. Excellent carbonation retention all the way through, contributing to that clingy head. No slick oily finish, as you get with Busch or Keystone."

Somehow the light offering from this small brewery in Wisconsin got lumped in with the big dog breweries. The reviewers are funny, but not very kind. One coherent review states, "Smell is of subtle grain, sugar, and metal. There is also a weird fruitiness that I am picking up in the smell. Taste is of sugary water and slight grain flavors."

This beer has, you guessed it, 64 calories. Most reviews consider this beer extremely light to point of almost tasting like a seltzer. Though, of course, there are some people that praise it for that quality. One reviewer called it, "a shadow of traditional Miller. The nutty-like characteristic is present, but very diluted."

RELATED: This Is the Most Popular Beer in North America, New Data Says 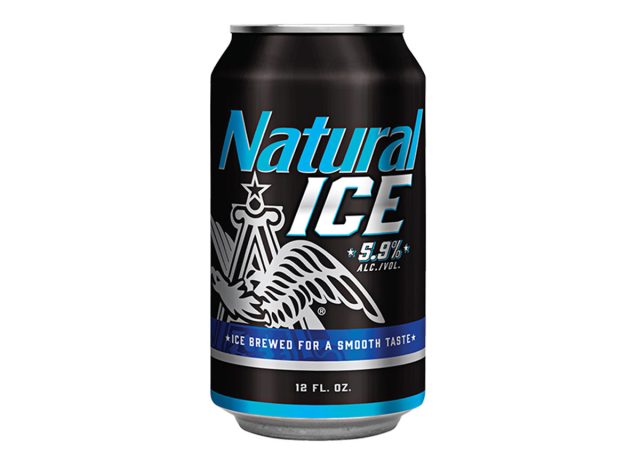 Some people love this ice beer for what it is rather than for what it is not. It's a cheap, moderately-high alcohol beer that is best served very, very cold. One reviewer said the taste was "not nearly as terrible as I thought it would be."

The reviews for this light lager are not kind, except those that praise the low price and lack of flavor as a plus. One reviewer states that it "tastes like beer-flavored mineral water." 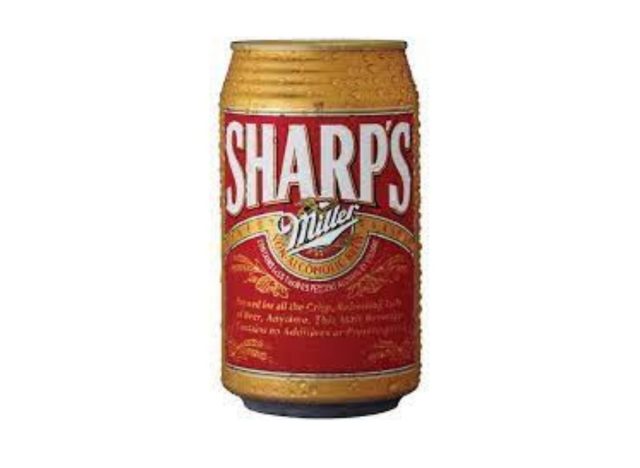 This is a non-alcoholic beer and the majority of people do not like it. Many of the reviews say that O'Douls is way better than this very watery brew.

This light, easy-drinking lager is both beloved and despised. People who love it praise its low price and inoffensiveness. Those who despise it, truly abhor it. The rating probably comes from more of the detractors logging in to state their case. Lovers call it "an underrated mass-produced American brew." Haters think it "literally tastes like what a damp basement smells like."

RELATED: 15 Best Foods to Stockpile in Case of a Natural Disaster

The dishonor of the world's worst-tasting beer goes to this ultra low-calorie, low-carb brew. Reviews are not forgiving, with one drinker saying, "It's thin, flavorless and odd smelling." Another named it "possibly the worst beer I have ever had. The look is light and not very frothy. The taste is sour and actually made me feel on the queasy side."

The Most Popular Wine in Every State

One Shocking Side Effect of Drinking Beer, Experts Say