10 Candies That Are Way Older Than You Think

Yes, these are your grandparents’ treats.

It's no surprise to learn that people have been sucking on candy canes or crunchy toffee for many a generation. Candy has been big business for hundreds of years, but it might surprise you to know that many of the candies that still occupy prime positions at the grocery store or pharmacy checkout lines are quite long in the tooth as well.

Today we're looking at 10 popular types of candy that have tickled the taste buds of people going back much farther than you likely expect. But really, it's no surprise they have lasted this long: when the recipe is right, why change it? Especially when people are still shelling out for their favorite sweets. Read on for 10 old-fashioned candy brands that are way older than you think.

OK so to be fair, Necco Wafers seem like an old candy—delicious, sure, but old-fashioned. But how old? Maybe you figured the 1920s? Maybe even the turn of the 20th Century? You'll need to go back a lot farther than that, as it happens: this candy is more than 160 years old, having been produced since 1847, per New England Today. So the brand isn't kidding when it emblazons "An American Classic" on every roll.

Good & Plenty is the oldest continually produced candy brand in America, having debuted in the year 1893, per Hersheyland. Note here that Necco Wafers lost that title when the candy briefly went out of production in 2018, only to be revived in 2020, per CNN, or else those tasty little wafers would clearly hold the record.

This beloved, rich, and uniquely-shaped Swiss chocolate bar has been delighting folks around the globe for more than 114 years. The Toblerone bar was the brainchild of Theodore Tobler, who created the triangular bar in the year 1908, about a decade after inheriting his family's candy company, per Mashed.

PEZ is going strong today, and not the least because you can get bobbly head-style PEZ dispensers bearing everything from a Yoda to a Yoshi to a Mickey Mouse. The candy is also still popular because it is just plain excellent. When PEZ first hit the scene in Austria back in 1927, the only flavor available was peppermint—in fact the brand name PEZ is a shortening of "pfefferminz," German for peppermint, per PEZ—so we're glad they branched out.

The absolute favorite candy of many a candy-lover, these perfect pairings of chocolate and peanut butter have been around for nearly a century. According to Snack History, these cups were first offered by the H.B. Reese Candy Company (now The Hershey Company) way back before the Great Depression, coming out in 1928. 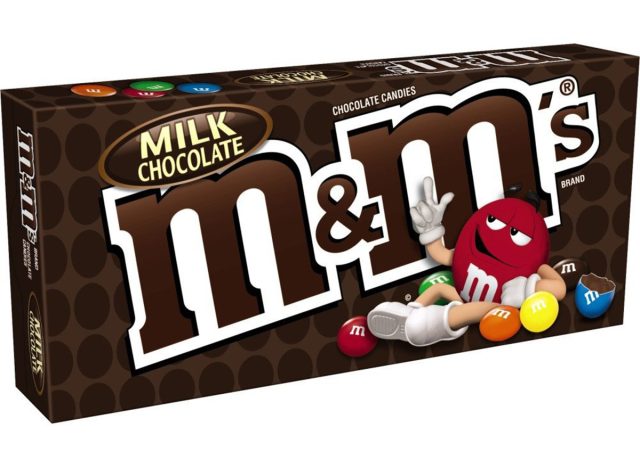 That whole "melt in your mouth, not in your hand" thing was not only a marketing ploy, but was the impetus for the invention of M&Ms, per History. M&M's were first sold in 1941 in an attempt to bolster chocolate sales, which always slumped in the warmer summer months.

People have been chewing various forms of gum since time immemorial, if you count the tree sap gums chewed on by the Ancient Maya and Aztecs, per Smithsonian Magazine. But it was not until more recently that soft chewing gum was introduced. Not too recently, though: Bubble Yum, the first such gum product, turns 50 next year, having first been sold in 1973, according to Hersheyland.

Skittles may seem like a thoroughly modern candy to many, but they have actually been around since the same year Nixon resigned, which was 1974. According to Taste Essence, this tangy, tasty little candy was first sold in the UK that year, but it would take five more years before it hopped the pond to North America. 1979 isn't so long ago in the eyes of some, but try telling that to a millennial.

RELATED: The Most Popular Candy Bar in Every State

The newest kid on the block for our purposes today, Ring Pops hit stories in 1979 and are still widely celebrated. And we can thank the daughter of their creator, Frank Richards, for this unique take on the lollipop: Candy Favorites, reports that he invented the candy as a way to help his child stop sucking her thumb. We're guessing it worked.

Steven John
Steven John is a freelancer writer for Eat This, Not That! based just outside New York City. Read more about Steven
Filed Under
Aging // Candy // Chocolate // Dessert // Groceries // Sugar