Yes, you'll get stronger and be healthier. But you'll reap other benefits, as well.

If you believe social media is a guidepost for how to live your life (and heaven help you, if you do), you may think that camping out at the gym for hours on end each day is the way to get fit, get strong, and be healthier. After all, fitness influencers will all tell you that it's all about working really hard and "wanting it bad enough." Now, while there's certainly nothing wrong with hard work and dedication, but sometimes, in the case of fitness, less can really be more. You don't need to spend more hours on the treadmill than you do in your own living room—especially if you're just beginning your personal fitness journey.

"If you're a beginner, just 30 minutes of moderate activity five days a week could be all it takes for you to reap the many benefits of exercise," Paige Waehner, CPT, writes for VeryWellFit. "Researchers suggest that 30 minutes of moderate activity may be especially doable for beginners not only because such workouts are shorter and less vigorous, but also because they won't totally deplete a person's energy stores."

Still skeptical? Read up on this noteworthy research, published in the American Journal of Physiology. Danish scientists asked a group of 30 overweight yet generally healthy men to exercise for a full hour each day. Another group of 30 overweight men exercised for just 30 minutes every day. Incredibly, the half-hour workout group actually ended up losing more weight.

"On average, the men who exercised 30 minutes a day lost 3.6 kilo (just under 8lbs) in three months, while those who exercised for a whole hour only lost 2.7 kg (just under 6lbs). The reduction in body mass was about 4 kg for both groups," explains study author Mads Rosenkilde, PhD student, Department of Biomedical Sciences.

But you won't just drop a few pounds if you donate a half-hour every day to exercise. You'll boost your brain, your mood, and stave off disease. For these—and other amazing side effects—of exercises 30 minutes a day, read on. And for more amazing exercise advice, don't miss these Exercise Tricks for Slimming Down Your Body, Say Experts.

You'll Feel Better About Your Body 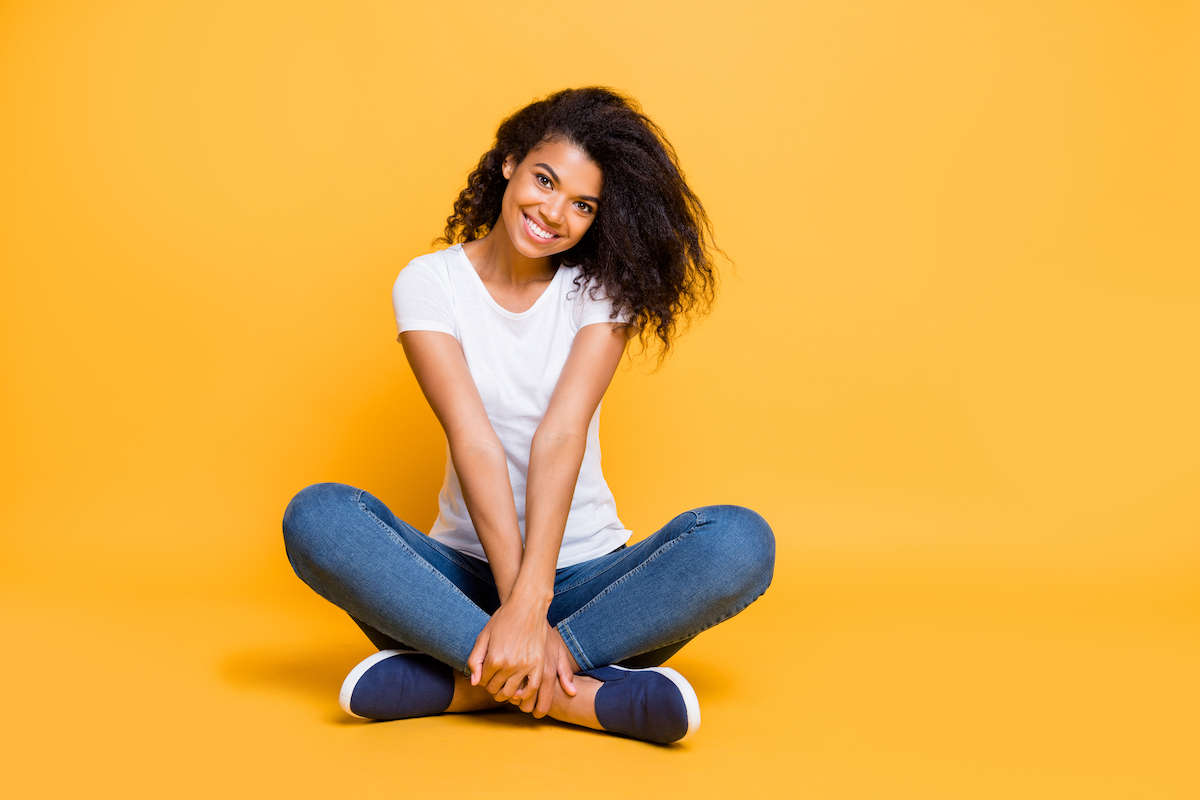 All it takes is a single 30 minute exercise session for women to feel stronger, thinner, and better overall about their bodies. That's the main finding of a fascinating study published in Psychology of Sport and Exercise that surveyed a group of college-aged women about their body images shortly after either working out or reading a book.

We all know that if you exercise long enough consistently you'll begin to see the bodily changes in appearance you're after, but this work shows that the very act of exercising in and of itself can help us feel more comfortable in our own skin.

"We all have those days when we don't feel great about our bodies," says study senior author Kathleen Martin Ginis, professor in UBC Okanagan's School of Health and Exercise Sciences. "This study and our previous research shows one way to feel better is to get going and exercise. The effects can be immediate." And for some great routines you can try now, see here for The Best 10-Minute Workout for a Lean Body Fast, Says Top Trainer.

You'll Get a Major Creative Boost

Exercising for a half hour daily has been shown to provide a serious creativity boost. This study published in Scientific Reports reports that physical activity, creativity, and (as an added bonus) positive mood are all associated with each other. Essentially, researchers conclude the more you exercise, even if it's only moderate exercise like walking, the more creative you'll feel.

"Exercising on a regular basis may thus act as a cognitive enhancer promoting creativity in inexpensive and healthy ways," says study researcher Lorenza Colzato, a cognitive psychologist at Leiden University in the Netherlands. And for more amazing workout advice, don't miss The Secret Exercise Tricks for a Better Body After 40, Say Experts.

Exercise is traditionally considered an activity that benefits the body, but the more modern science uncovers about the brain, the more it becomes apparent that our minds crave a solid workout just as much as any muscle. One set of research, published in Depression & Anxiety, reports that roughly a half hour of exercise (35 minutes) daily can significantly reduce risk of depression. Importantly, this finding held up even among individuals considered to be at a high genetic risk of developing depression.

"Our findings strongly suggest that, when it comes to depression, genes are not destiny and that being physically active has the potential to neutralize the added risk of future episodes in individuals who are genetically vulnerable," comments Dr. Karmel Choi, of the Harvard T.H. Chan School of Public Health. "On average, about 35 additional minutes of physical activity each day may help people to reduce their risk and protect against future depression episodes."

You'll Offset the Effects of Sitting

Sitting for hours on end most days can feel unavoidable in modern life. We sit while we work, sit while we eat, sit while we travel, and sit while we relax. Luckily, this study published in The British Journal of Sports Medicine reports that finding time for just 30-40 minutes of physical activity per day can offset the effect of prolonged time spent sitting. Researchers found that sitting on a daily basis for over 10 hours is associated with a significantly higher risk of death, but getting in just a half an hour of exercise each day is enough to bring that mortality risk back down considerably.

Notably, the World Health Organization even acknowledged these findings in their latest set of global guidelines on physical activity and sedentary behavior.

You'll Keep Your Weight Under Control

Maybe all you're looking to do is maintain your ideal weight. Research published in JAMA Internal Medicine finds 30 minutes of a simple, moderate intensity exercise like walking is enough to accomplish just that. Researchers conclude that for people who lead a largely inactive lifestyle, that amount of movement is all it takes to "offset the slow and incremental weight gain of inactivity."6254a4d1642c605c54bf1cab17d50f1e

"From the perspective of prevention, it appears that the 30 minutes per day will keep most people from gaining the additional weight associated with inactivity," commented study author Cris Slentz, Ph.D., of Duke University. "Given the increase in obesity in the U.S., it would seem likely that many in our society may have fallen below this minimal level of physical activity required to maintain body weight." For more on the amazing benefits of exercise, don't miss This Major Side Effect of Walking More, According to a New Study.