This could help you meet your fitness goals.

When it comes to building muscle, of course, the most important thing is to stick to a consistent workout routine. However, there are other factors that could also help make or break your goals. Some foods could play a role in helping you get that toned physique you're looking for, and other dietary choices could be making it harder for you to meet your fitness goals.

Now, new evidence suggests that  there's a supplement that could help you out: a new study links taking krill oil supplements to better muscle function.

In the study, published April 20 in the journal Clinical Nutrition, researchers from around the world examined a group of adults above 65 years old from the Glasgow, Scotland area, all of whom engaged in less than an hour a week of structured exercise. For six months, one group of these participants took four grams per day of krill oil, while the control group took a supplement of other oils. They found that the krill oil group, at the end of the experimental period, had greater grip strength and knee extension strength and had thicker vastus lateralis muscles (muscles on the outside of the thigh).6254a4d1642c605c54bf1cab17d50f1e 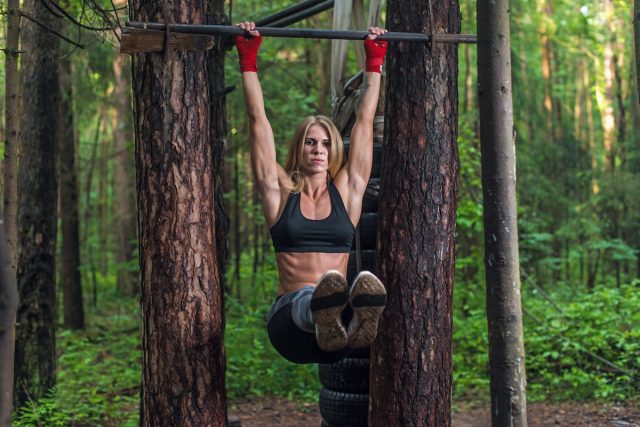 Related: The #1 Best Juice to Drink Every Day, Says Science

Researchers concluded that this study suggests long-chain omega-3 polyunsaturated fatty acids (fatty acids contained in the supplement) could help protect against the loss of muscle mass and function that we typically experience as we get older. Additionally, they suggest further studies in the future to better understand how specifically the krill oil affects the muscle.

There are other benefits that krill oil can provide as well. The supplement is known for containing the omega-3 fatty acids eicosapentaenoic acid (EPA) and docosahexaenoic acid (DHA), much like the better-known supplement fish oil. Evidence suggests that krill oil supplements can also be beneficial for your heart health and can help with inflammation. Additionally, they can also have mood-boosting effects.

However, one note of caution is that fish oil and krill oil can have a blood-thinning effect, so if you're on blood thinners, it's worth consulting with your physician before adding these supplements to your regimen.

For more on how your dietary choices can help you stay strong as you grow older, be sure to read about The Best Foods for Stronger Muscles After 50, Say Dietitians.