Don't freak out, but a lot of the so-called zero calorie foods you've been eating aren't actually zero calories.

Here's a rule of thumb: If you can chew it, it's not zero calories! There aren't any magic foods or "negative calorie foods," and even packaging that claims what's inside is calorie-free is lying. Wait, what?

You see, food manufacturers are allowed to say something has "0" calories until it breaks the 5-calorie mark. If that sounds innocuous, think of it another way: Something like cooking spray—which has just a couple calories per tiny squirt, so is listed as 0 calories per serving—is more like 20 calories if you're dousing your pan every time you use it. Do that just five times a week for a year and that explains that extra pound (or more!) of flesh you have around your waist. Oh, and manufacturers are allowed to be up to 20 percent off with their calorie listings. You can guess which direction they tend to be off in…

Losing weight and optimizing your health is all about the knowledge to make the right choice. So, here's a look at so-called zero calorie foods that aren't actually zero calories. For more ways the wool may be pulled over your eyes, don't miss these grocery store scams. 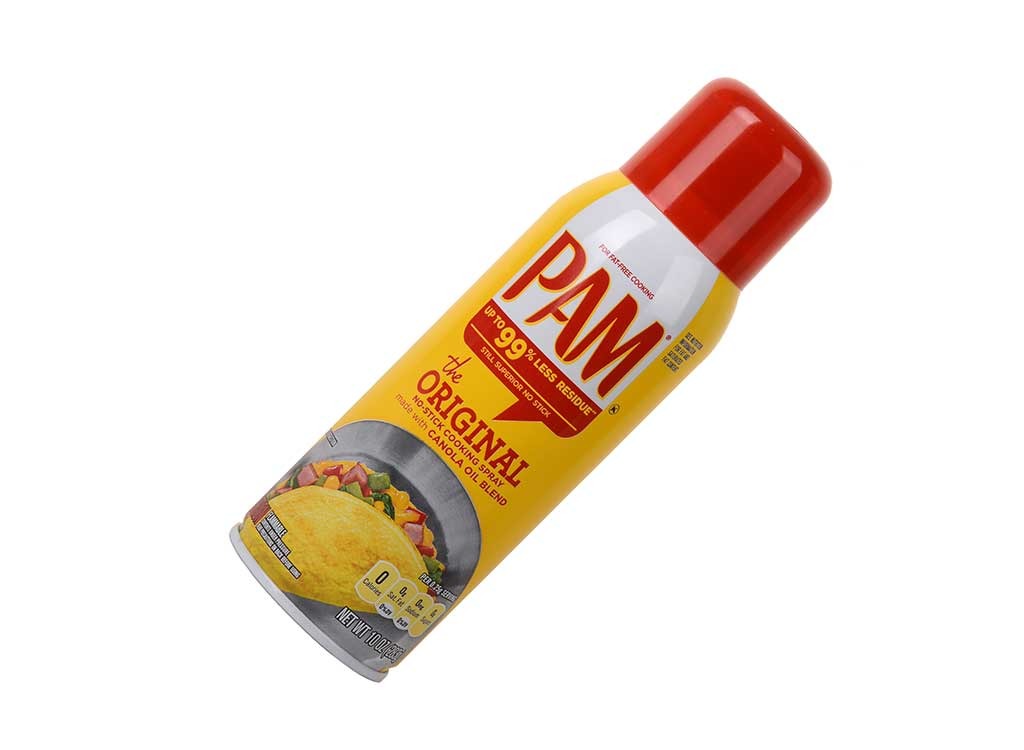 Buttery sprays claim they contain zero calories and fat per spray. But let's be real: no one ever uses a single little squirt. Given the trace amounts of calories, one bottle averages to more than 900 calories, according to Chelsey Amer, RDN. "Even more important than the hidden calories, however, is that these types of products tend to be made with synthetic ingredients. These ingredients have no benefit to our overall health and scientists are unsure of the long-term health effects." You're better off using actual butter—even if it has more calories—than chemically-rich butter or cooking sprays like PAM. Find out the worst food additives in America to see what else you should steer clear of! 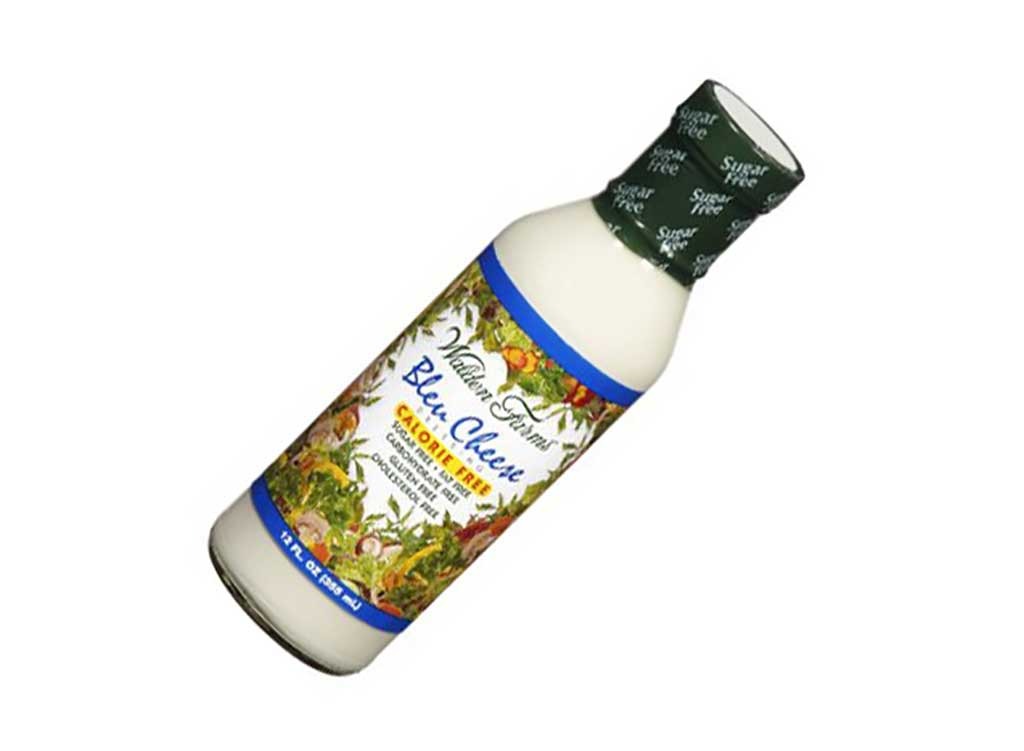 Walden Farms makes a long list of "calorie-free" products, including peanut butter, salad dressings, pasta sauce, ketchup, and syrups. With "no calories, fat, gluten, or sugars," you're probably wondering what in the world is in these products. The answer isn't pretty. "Looking at the honey balsamic salad dressing, you'll find a lot of water, vinegar, salt, and flavorings, as well as Splenda," says Eliza Whetzel, RD at Middleberg Nutrition, adding that the ingredient lists have an asterisk that there are trace calories. "If you load your salad with this 'zero calorie' food, you may be getting more than you bargained for—and you won't feel satiated, either," she says. If you're looking to avoid sugar cravings and actually feel full, Whetzel suggests sticking with healthy fats like olive oil and adding balsamic. "You may have calories and fat, but you'll have a salad that's a whole lot more balanced and delicious but without the extra cravings." 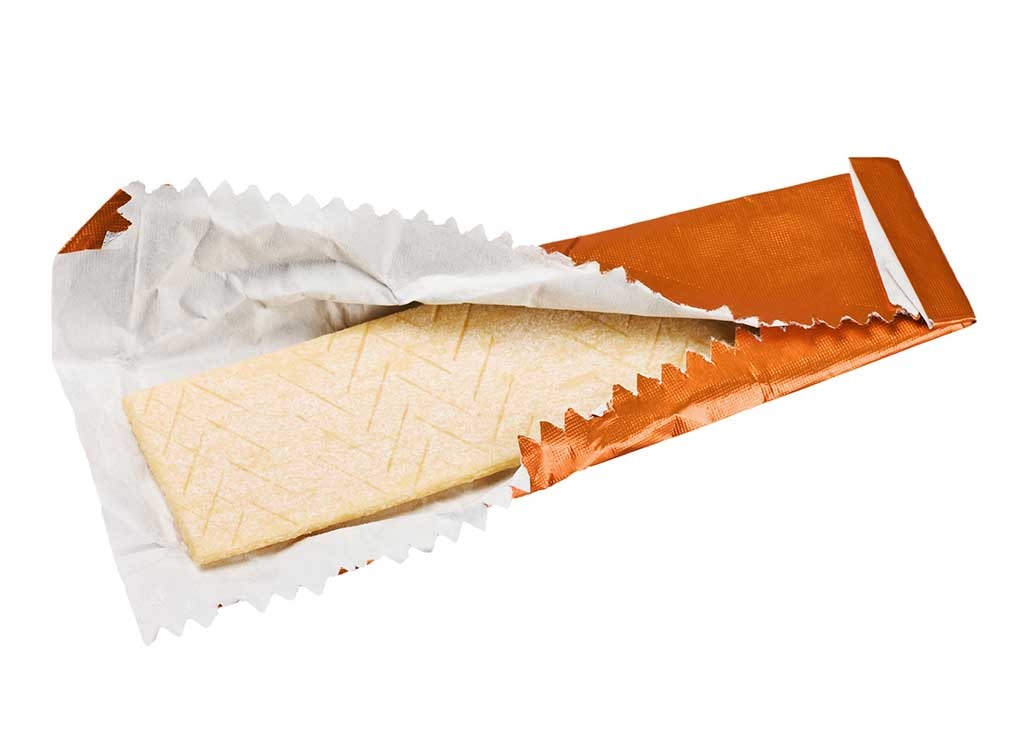 You may think you're doing yourself a favor when you pop a piece of sugar-free gum, but most have almost 5 calories per stick. "If you're having a pack of gum per week, you could be adding more than a pound to your body weight during the course of one year," says Whetzel. Gum has also been shown to cause bloating (since you swallow air as you chew) and it's worth noting that for every study that shows sugar-free gum can help control weight, there's one that says it can promote weight gain. 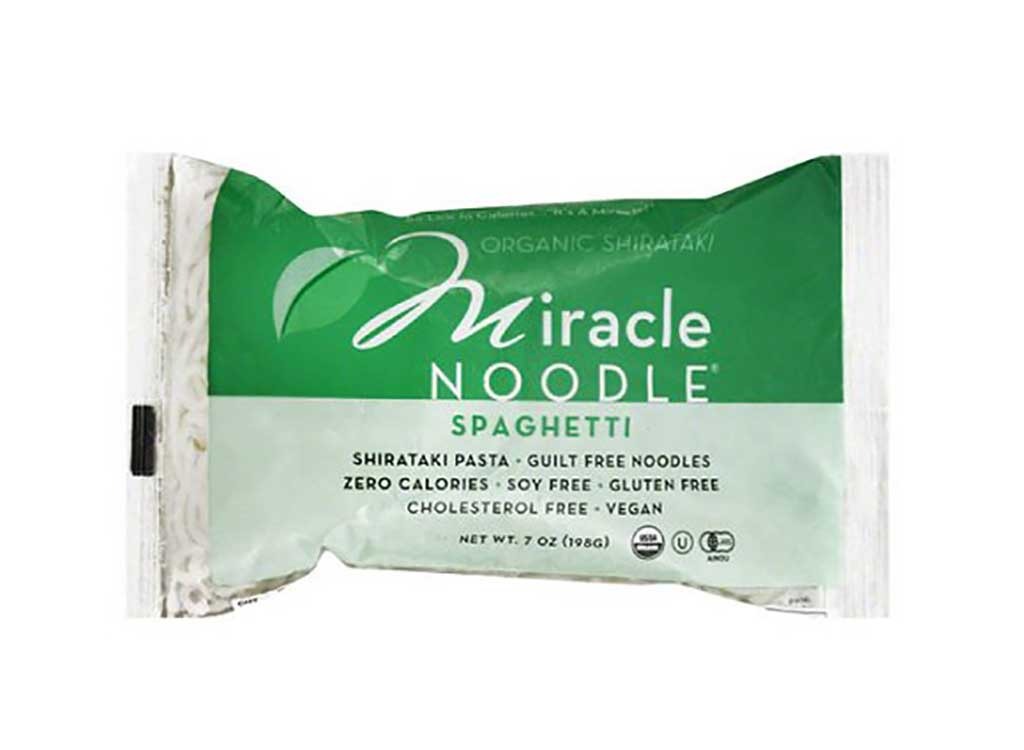 Shirataki noodles are often referred to as the "skinny pasta." These noodles are an emerging substitute for regular white pasta and they're made from glucomannan starch extracted from yam-like tubers called Devil's Tongue. What the heck does that mean? And, more importantly, how are these calorie-free? "The starch is made up of indigestible dietary fiber and doesn't contain carbohydrates—zero net calories, zero net carbs," says Whetzel.

Be careful, however, because many shirataki noodles have tofu or flavorings in them, so they aren't always a calorie-free food. It's also worth noting that people often complain that these noodles have a chemical-like taste, while others say they have no flavor at all. The result? These low-to-no-calorie noodles usually aren't satisfying and people tend to douse them in sauce to make up for their bland taste. If you're looking for a food that is low-calorie, healthy, can act as a substitute, and absorb many different flavors, look no further than cauliflower; we've got cauliflower recipes and ideas to get you started! 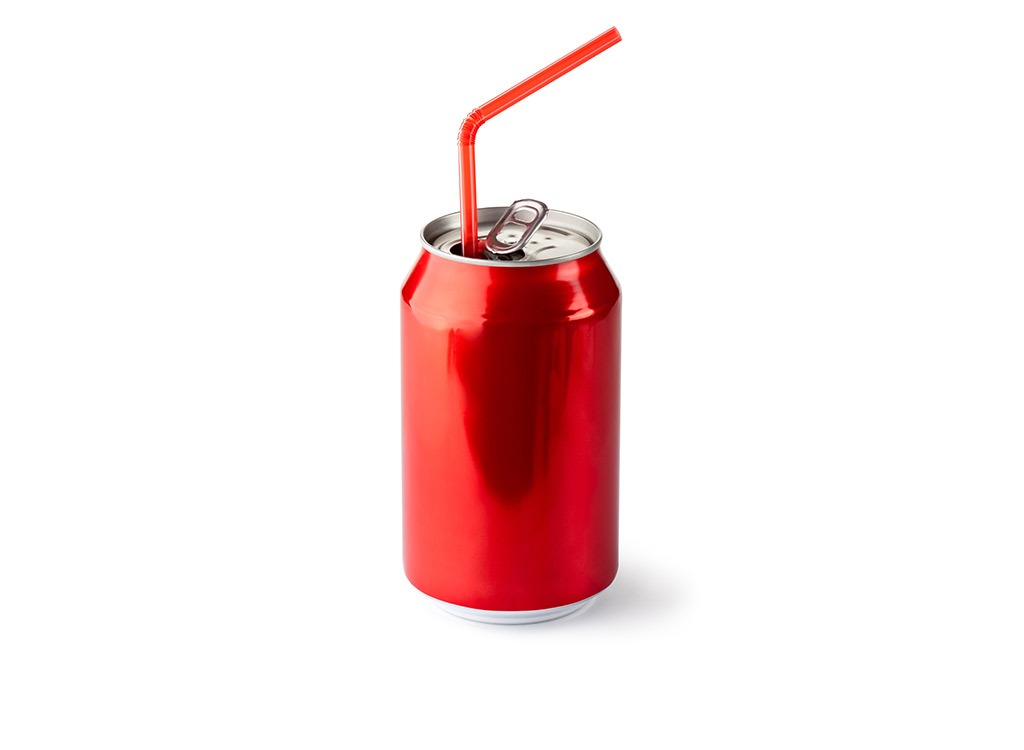 Diet soda is one of the sneakiest zero calorie foods on the market today. "Consuming artificial sweeteners, like the ones in Diet Coke, trick your brain," Amer says. "They make you crave even more sweetness, increasing your intake for sugar-filled foods and drinks, which over time leads to weight gain." Not to mention that the artificial sweetener aspartame has been linked to cancer. 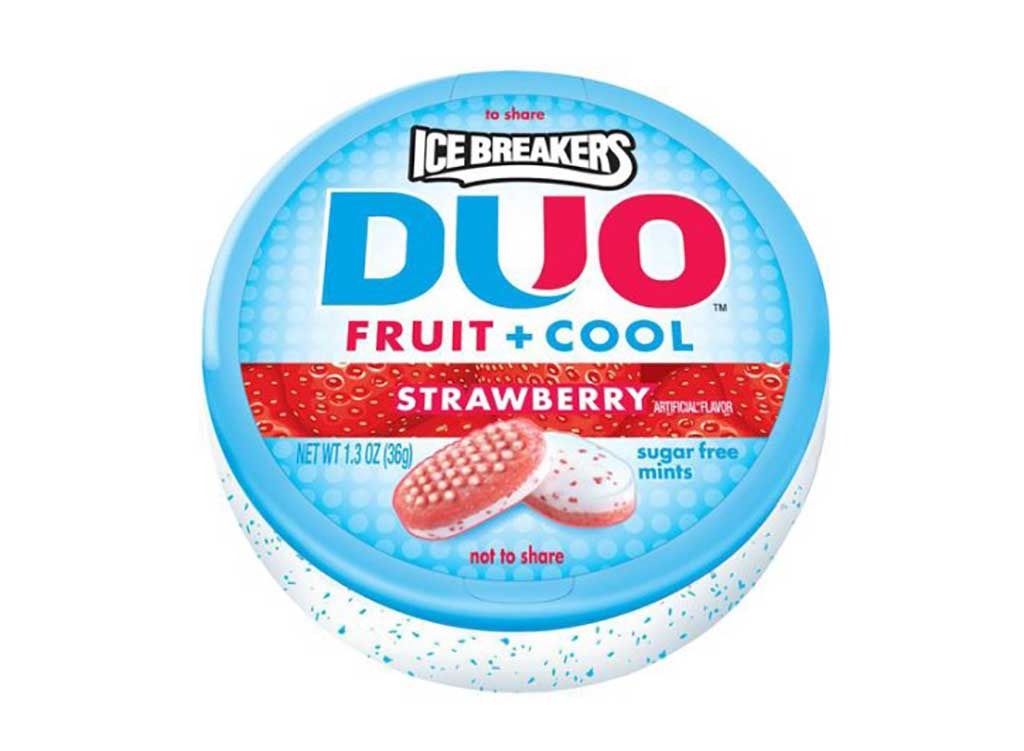 "Items like Sugar-Free Ice Breakers contain a trivial amount of calories if you're looking at one piece. However, who actually consumes just one of these sweet things?" says Shirlee Rosen, RDN. "From personal experience, I know how hard it is to stop at just one! Although it may seem like less than 5 calories per piece is an insignificant amount, when you chow down on these mints like you would a bag of Skittles, they basically become equivalent to candy. And the calories add up. If you consume 10 mints a day, 7 days a week, that's about 350 extra calories per week. In ten weeks, that can cause you to gain one pound!" 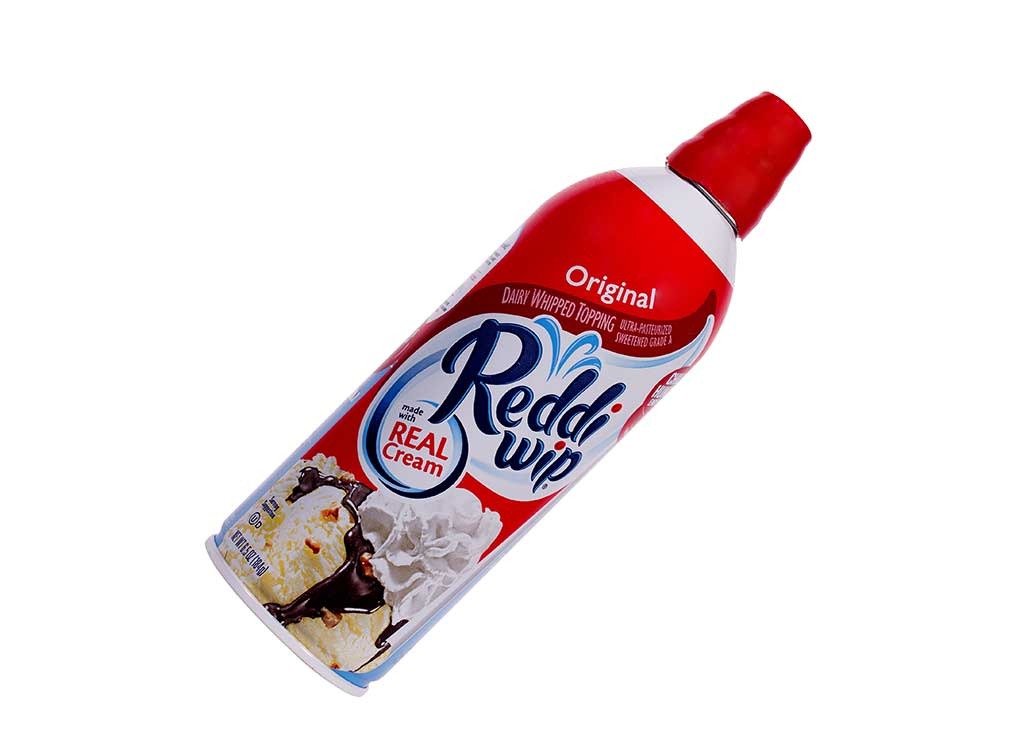 Like many other so-called calorie-free products, this one has trace amounts of almost 5 calories for every two tablespoons—and we all know no one uses just two tablespoons!" cautions Rosen. "This product is made from real cream, which makes it clear that it can actually be very high in calories, depending on the amount consumed." 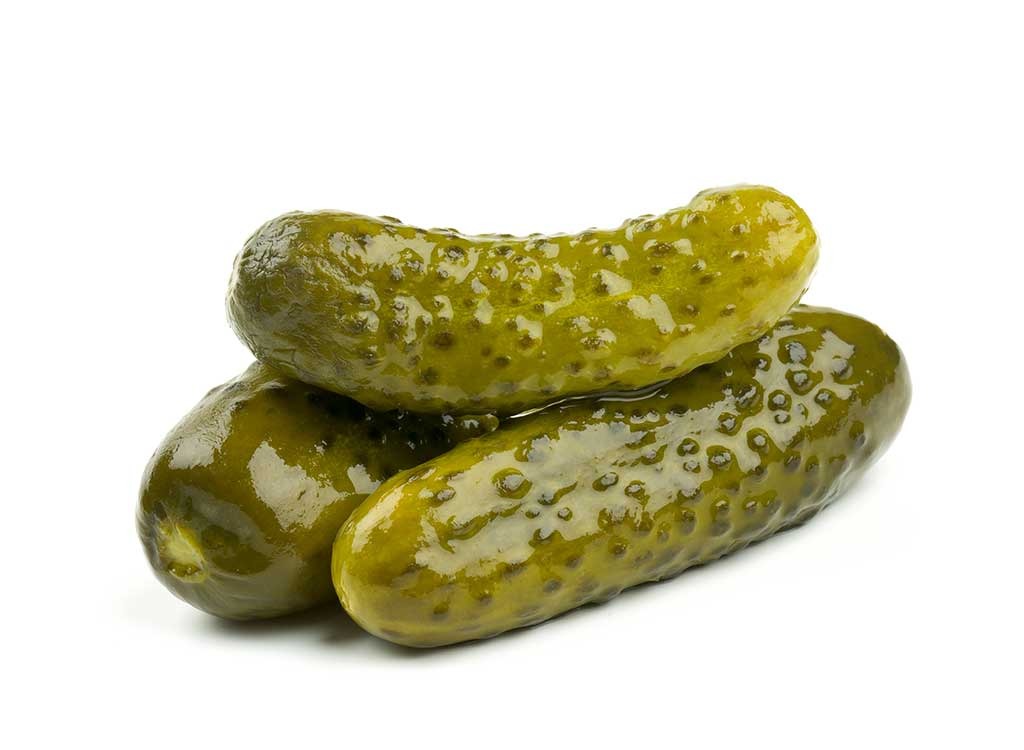 "Pickles are touted as a 'zero calorie' food since they are just cucumbers in salt water," says Whetzel. "But if you eat too many pickles, you may find yourself gaining weight, especially in the form of retained water from all the sodium." Whetzel also notes that many pickle brands contain added sugar and food coloring. "One dill pickle spear may have only 4 calories, but with about 300 milligrams of sodium per spear, you are well on your way to 25 percent of your daily value of sodium with two spears." 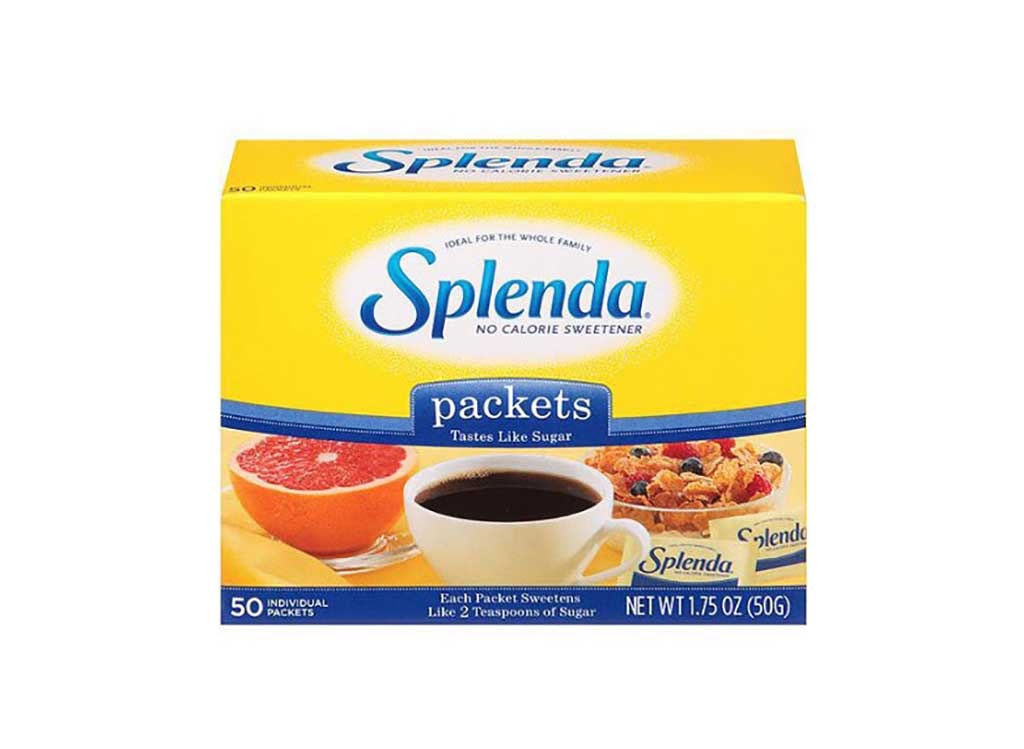 Splenda is 600 times sweeter than table sugar, meaning you usually need just a little bit to achieve your desired sweetness. That said, unlike what the packaging says, it's not calorie-free—something that becomes very clear if you use it for baking. The first two ingredients in Splenda are dextrose and maltodextrin, which are carbohydrates that are not calorie-free. In fact, one cup of Splenda has 96 calories and 32 grams of carbohydrates. Studies have also shown that Splenda may inhibit zinc and iodine from being absorbed, which are essential for proper thyroid function. 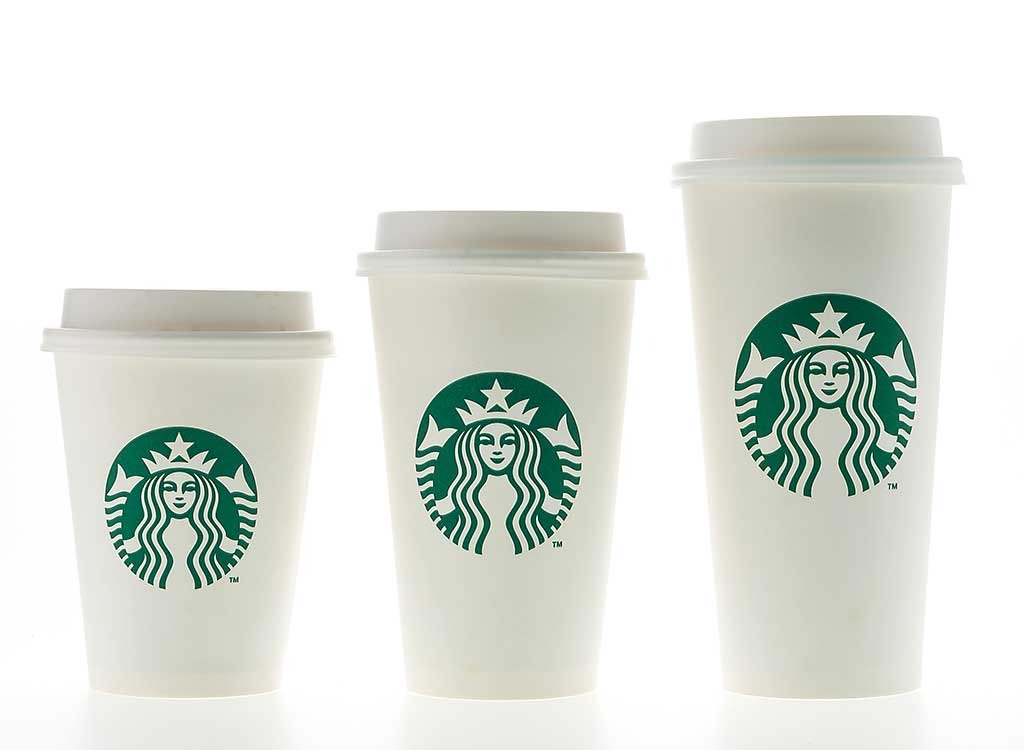 Do you find yourself asking for a few extra "pumps" of sugar-free vanilla or hazelnut syrup in your skinny latte? These "zero-calorie" syrups are sweetened with sucralose (aka Splenda), which can add serious calories to your beverage when consumed in large amounts.

Plus, as mentioned earlier, artificial sweeteners trick the brain into thinking it's getting sugar. "But when the body notices that the actual sugar rush isn't happening, so you end up craving more sugar," says Whetzel. "The result? You will probably reach for a cookie or grab an extra sweet treat." 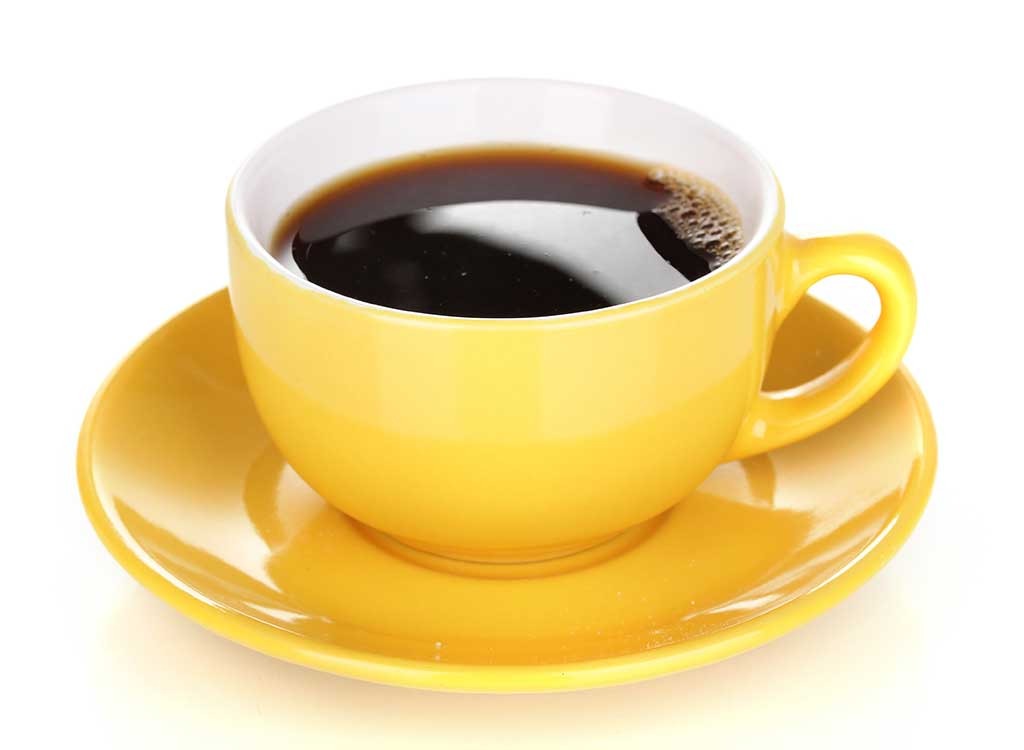 While coffee has little to no calories, K-cup flavored coffees reportedly do have around 4 calories per K-cup. That's not awful since you're likely only having one cup in total, but be mindful of any milk and sugar you're adding in, cautions Whetzel. 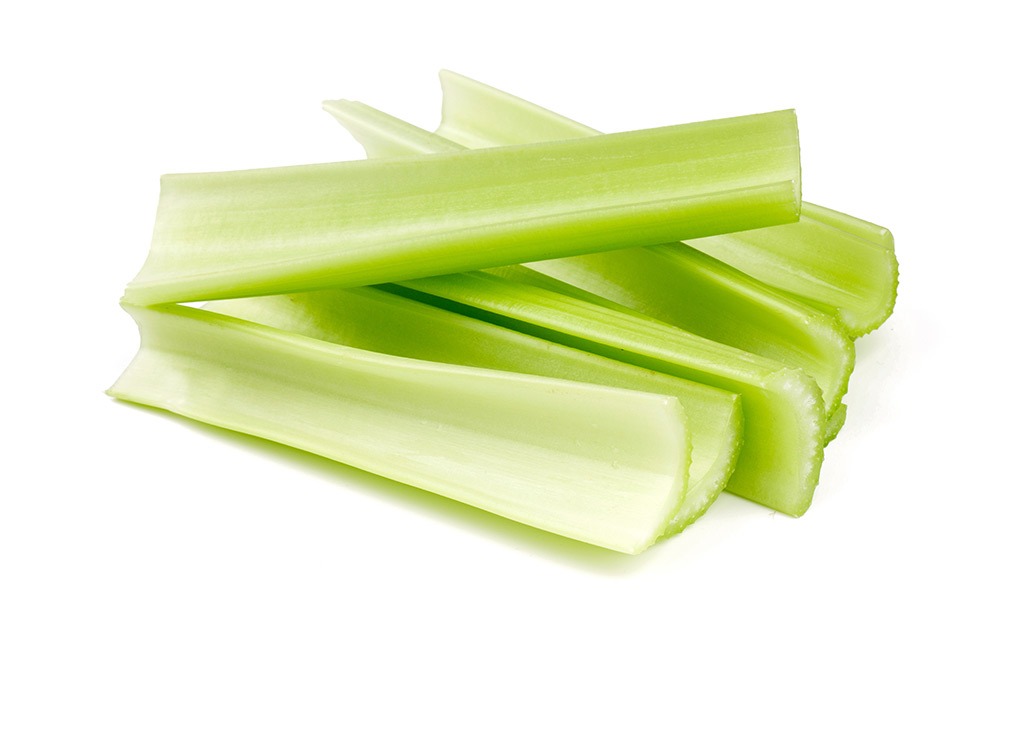 Celery is often said to be a "negative calorie food," meaning that it takes more energy to digest than the food provides. But there is no such thing as negative calories. "While celery is definitely very low in calories, a 7-inch long stalk has about 6 calories and your body is not burning extra calories while consuming celery," says Maria A. Bella, MS, RD, CDN. "That said, like any other fibrous vegetable, you will feel fuller after consuming it." Check out the most filling fruits and veggies—ranked for some nutritious and smart snacks that will help with your weight loss goals.