Your favorite fast food eatery has a shocking secret.

If you consider yourself a connoisseur of fast food, it's more than likely that you've eaten at Arby's at some point in your life. While you may have spent what feels like an eternity poring over the Arby's menu, deciding whether a Jamocha shake or a side of curly fries would go best with your French dip, it's pretty unlikely you've spent a whole lot of time scrutinizing the company's name.

Most of us don't know who the McDonald in McDonald's is, where the Burger King presides, or what Quizno's means, but some clever Redditors were convinced they had cracked the key to Arby's name. Best known for their roast beef sandwiches, Arby's must have taken the first two letters of their most popular menu item, R and B, and combined them to create an original name. Ingenious!

The message was then broadcast on Twitter by comedian Kath Barbadoro, who revealed she "broke a lot of hearts" after telling some friends that the name was little more than a phonetic spelling of the acronym for roast beef. The tweet was then liked and shared over 4,000 times.

The only problem? That's not actually the real story behind the brand's unique moniker. 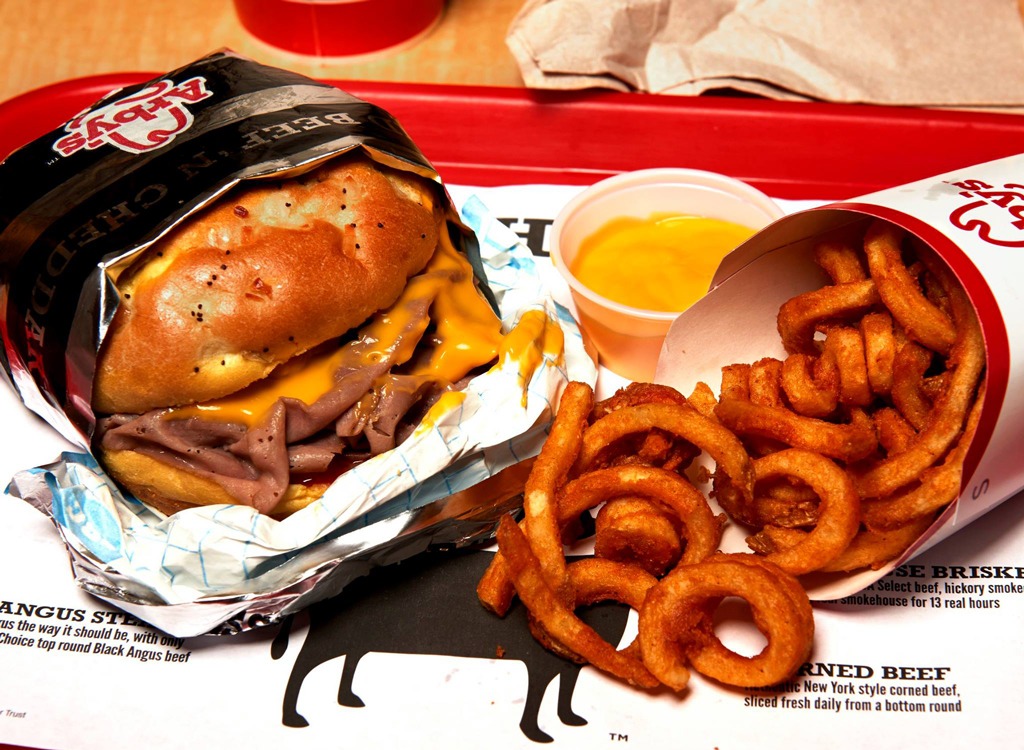 The chain's name is actually a nod to the OG RBs, also known as the Raffel Brothers, who founded the popular chain together in Boardman, Ohio nearly 53 years ago. Since then, Arby's has become a global phenomenon, with more than 3,342 restaurants spread across five countries, employing more than 74,000 people worldwide. Fortunately, Arby's devotees on the internet were quick to clear up the misunderstanding, launching a campaign against the rumors about the company's name.

Barbadoro has since admitted her mistake, joking, "I'm sorry for spreading roast beef propaganda. The RB of Arby's stands for Raffel Brothers, the mythical beef roasting brothers of Arby's"

While Arby's roast beef sandwich remains the chain's most well-known dish, the Raffel Brothers name has taken on new life over the course of half a century, with everything from apple turnovers to pork belly to venison finding a home on their menu today. In Canada, you can even get Arby's poutine.

The Arby's name may have been the source of a major mix-up, but the whole thing has drummed up a lot of free publicity for the brand, and it seems like they're laughing all the way to the bank. Finally, some fake news we can get behind! And now that your mind is blown, don't miss these equally shocking 20 Secrets You Didn't Know About Eggs!

Sarah Crow
Sarah Crow is a senior editor at Eat This, Not That!, where she focuses on celebrity news and health coverage. Read more