10 Beers That Have Bad Reputations but People (Secretly) Love

These beers continue to sell despite negative reviews and publicity.

Customer product perception is, in most cases, more important than a product's actual quality. If people believe a given brand makes good stuff, it doesn't really matter if the company's products are middling at best, they will keep on selling well. And just so, a company offering great products that nonetheless gets saddled with a reputation for inferior offerings is in deep trouble. This is how so many beers with bad reputations manage to stay in business.

There are two main reasons for this. Beers that are considered inferior in quality are usually also low in price. Plus, even bad beer is better than no beer, arguably, especially when it packs a high enough ABV that a consumer won't long care about the taste. If you consult our list of  The 25 Worst Beers in the World, you will find a great many beers that sell very well year after year. Here are 10 beers that have a bad reputation but keep on selling anyway. Plus, don't miss 10 Worst Beers to Always Leave on Grocery Store Shelves. 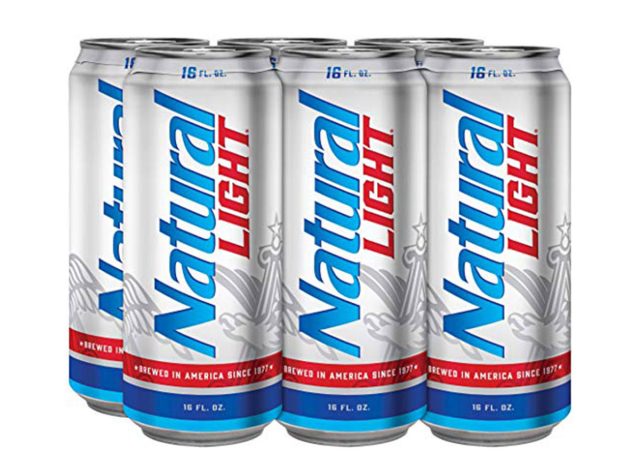 It's probably no shock to see this so oft-maligned beer here. It has been rated the worst beer in America time and time again, as per Yahoo! News. What's surprising, really, is how devoted a fanbase Natural Light—AKA Natty Light—has despite it being generally acknowledged as terrible.

Scoring a lowly 1.12 on a five-point scale on the popular site Rate Beer, Natural Ice is the second least-liked beer in America. In fact, it trails only Natty Light, but many people continued to drink it.

This laughably light lager is so weak in taste that it would actually be considered a decent drink if it was reframed as a flavored seltzer instead of a beer. Per Spoon University, it's a very light, very low ABV beer that's really only enjoyed by people who rarely drink beer.

If you want to see a bad idea in a can, then find a can of Bud Light Chelada Clamato. It is a "beer" made with tomato juice, Worcestershire sauce, lime juice, and hot sauce, which is a terrible idea. Most people avoid this beer like the plague, but an ardent fanbase has kept it extant for years.

With just a modicum more taste than Bud Light Select 55, this very low calorie, very low-quality beer from Miller rates a paltry 1.6 out of five on Beer Advocate. At least at a mere 3% ABV, it's not a dangerous brew.

Coors Light is a conundrum in a can, bottle, or keg: no one is really going to argue that it's a high-quality beer, yet it's wildly popular and sells millions of units annually. According to Spoon University (and just about everyone else), Coors Light tastes like it is watered down, but it is perennially popular.

Technically referred to as an "American adjunct lager," according to Yahoo! News, which means a beer brewed with ingredients like rice or corn to allow for cheaper production and a lighter flavor profile, this beer is more accurately called cheap swill. And it's often called Beast Light.6254a4d1642c605c54bf1cab17d50f1e

Keystone Light is a beer that is actually passably drinkable compared to many cheap adjunct light lagers, yet ironically, it's held in no better regard than a Natty Light or a Beast Light despite being marginally better. On Rate Beer, Keystone Light scores a sorry 1.23 out of five rating.

Some people in America like Foster's a bit, but ironically this quintessentially Australian beer is not very popular in Australia, reveals Craft Brewing Business. It's also not even really an Aussie brand, having been created by American ex-pats and today not even brewed in Australia.

This Canadian (very) light beer has very little going for it, including a gutter-level rep. Per Vinepair, it is a pale, nearly tasteless, low-carb beer. It's not actually clear, actually being a pale yellow, and it has an objectively terrible name, accuracy or inaccuracy of color regardless.

A previous version of this article was originally published on Jun 14, 2022.

Steven John
Steven John is a freelancer writer for Eat This, Not That! based just outside New York City. Read more about Steven
Filed Under
Alcoholic Drinks // Beer // Groceries