We Roasted 5 Grocery Store Turkeys & This Is the Best

We cooked five grocery store turkeys to determine which bird was best in terms of taste, texture, and tenderness.

Purchasing and preparing the turkey for Thanksgiving has taken on a kind of mythical status through the years. It's a big hunk of poultry that you only cook once a year, so taking the care to properly store, thaw, and cook the big bird in time for a glorious entrance to the harvest table can be tricky. While it may not be as easy to control for seasonings, cooking times, and temperatures, there is one easy way to start off your Thanksgiving feast preparation on the right foot: Buy the best bird.

To help you decide which turkey to buy for this Thanksgiving, we bought, roasted, and tasted five brand-name frozen turkeys from the supermarket. We had taste testers judge the birds based on tenderness, texture, and flavor to determine a winner. (Also, don't miss We Taste-Tasted 5 Stuffing Mixes & This Is the Best.)

Here's how we did it

We visited three local grocery stores—Food Lion, Harris Teeter, and Whole Foods—to source our big birds. They were all frozen and ranged in the 12–14-pound range. Two of the birds were not injected or didn't have any added salt, while the other three were already brined in the bag.

For how we cooked the turkey, we kept it super simple to remove a lot of variables that could possibly skew results. We went with a recipe that includes "spatchcocking" the bird, which is just cutting out the spine, flipping the bird over and pressing down on the breastbone until it cracks, allowing you the flatten it out on a roasting tray. This allows for quicker cooking, and a more even roast because the cool and moist inner cavity is no longer skewing how fast or slow certain parts (legs versus breast) get cooked to the proper temperature.

We dried the bird, applied a tablespoon of canola oil to each side along with two tablespoons of freshly ground black pepper, and, for the turkeys that weren't brined, one tablespoon of Kosher salt.

Our oven was set to 450 degrees and after an hour of cooking, a Bluetooth meat thermometer was stuck deep into the breast and set with a 150-degree alarm. Once that went off—most of them only took about an hour and a half to cook—the legs were then checked to make sure they hit the 165-degree mark. When all temps were OK, the bird was taken out and left to rest for 5 minutes before carving and taste testing.

Each taste tester was given skin-on breast meat along with a chunk of leg and thigh meat. They were tasked with studying the meat for tenderness, texture, and flavor, and then ranked each according to a one-to-five scale and they wrote down comments. Those results were then calculated and edited, and created the Eat This, Not That! definitive holiday ranking of Thanksgiving turkeys. Here are the results, listed from worst to best.

Disclaimer: Since each turkey took time to thaw and store, plus would require five identical ovens, to roast at the same time, they were cooked over a two-week period with some taste tasters who were around to be able to give their opinions on every bird. And they all tasted very similar, as would be expected, so either would be a good choice for a successful Thanksgiving feast—and all skin was crispy and delicious, thanks to the spatchcock method.

RELATED: Sign up for our newsletter for more exclusive taste tests and healthy eating tips. 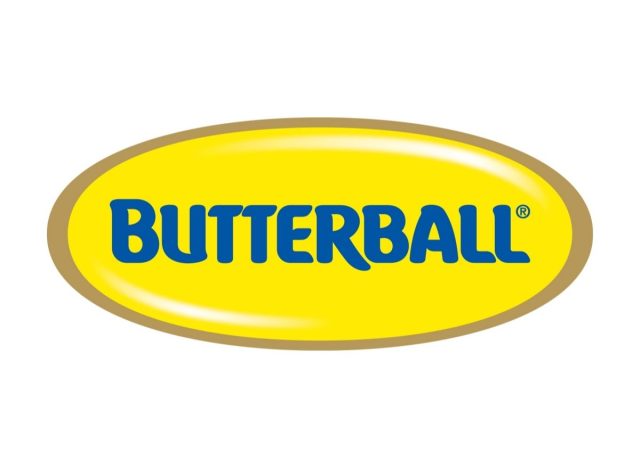 Additives: Up to 8% of a solution of water, salt, spices, and natural flavor.

Tenderness: Since these birds are pretty heavily injected, the meat ended up to be very tender and moist, almost too watery for the breast meat.

Texture: The breast meat was the worst texture of the bunch, with a mealy, kind of crumbly mouthfeel. We speculated that was possibly because of the heavier brine and longer time sitting in a warehouse frozen.

Flavor: The flavor was decent, with almost too-salty taste, but it wasn't too overpowering as there was enough sugar in it to balance it out. We also didn't note much flavor from "spices."

Verdict: If you failed to secure a turkey before Thanksgiving and this is all that's left, it's a fine choice but it's not going to bring rave reviews.

RELATED: How To Rescue A Dry Thanksgiving Turkey 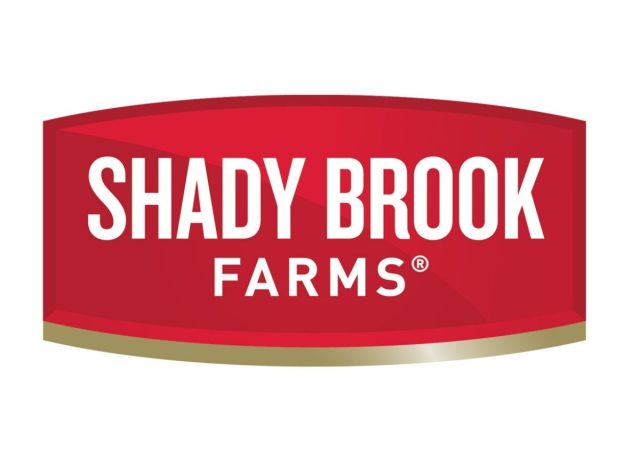 Additives: Approximately 9.5% of a solution of turkey broth, salt, sugar, and natural flavoring.

Tenderness: Another plumped-up bird, this one didn't fail to bring a moist and tender bite. It was easy to cut the breast meat with a fork, and the thigh meat was also tender and easy to eat.

Texture: Again, because of the amount of brining/basting done at the factory, the texture was on the less firm side. The protein's structure was possibly more compromised by the extra liquid in the meat being frozen for longer.

Flavor: Since it had the highest solution percentage out of the bunch, the flavor was a bit on the salty side. But overall it had a solid, turkey-like taste with plenty of brothy and sweet notes.

Verdict: This one was pumped full of brine and additives, so it had a nice flavor, but the flesh didn't have that nice mouthfeel; therefore, it's a decent bird but not a standout.

Additives: Up to 8% of a solution of turkey broth, salt, sodium phosphate, sugar, and natural flavoring.

Tenderness: This store-brand was also pretty plumped up, and so the meat was also tender and pretty delicious, possibly because of the sodium phosphate, which is added to increase moisture and intensify flavors. The FDA says that additive is recognized as generally safe.

Texture: The texture was much better in this bird, with a firmer and more poultry-like mouthfeel, without much mealy-ness.

Flavor: Really nice flavor for a store-brand bird, with a nice, round saltiness and sweeter notes than the other turkeys.

Verdict: A great choice and certain Thanksgiving-crowd pleaser as long as you (and your guests) don't mind the addition of sodium phosphate.

RELATED: This Popular Thanksgiving Food Has Skyrocketed in Price

Tenderness: Without the brine, it's easier to get a drier bite when closer to the skin, but with the spatchcock method, it was still nice and tender on deeper portions.

Texture: Mouthfeel was good, with plenty of real turkey-like taste and more fibrous, but welcome and fleshy bite.

Flavor: Flavor was good, with traditional turkey meat notes of sweetness, saltiness, and umami. Though not organic, you could tell that since there were no additives that it was a more natural-tasting bird.

Verdict: If you don't want to spend the extra money for an organic bird, which can range from $3.99 a pound or more, this is a great choice with good flavor. Just do your own home brine before cooking to amp up the moistness.
RELATED: 50 Best Thanksgiving Recipes

Tenderness: Though again, the meat was not quite as moist as the injected birds, the firmer and more natural bite made it the big hit with taste testers. You could still manage to cut the breast meat with a fork, you just had to push a little more.

Texture: No mealy-ness at all. Mouthfeel was excellent without being tough and gave a nice chew.

Flavor: If you've ever had a heritage or wild turkey, this comes close to that true, slightly gamey flavor. Lots of balanced notes of sweetness, saltiness, and umami made it the winner.

Verdict: With no additives of any kind and being USDA certified organic, the only thing this bird fell a little short on was moisture. But that's easy enough to remedy with a home brine, and then you get the ultimate tender turkey that also tastes like real meat and not mush.

Here are some more essential Thanksgiving recipes and tips:

14 Best and Worst Thanksgiving Foods at Trader Joe's, According to Dietitians