6 Most Underrated Fast-Food Orders, According to Chefs

Here's what the experts eat when they need something fast.

There's no denying it—sometimes fast food really hits the spot. Whether your pick up a Big Mac meal on the way home from a long day at work or treat yourself to a couple of tacos or a stuffed burrito, fast food can be both delicious and satisfying. In fact, even chefs are known to seek out fast food from time to time.

You might think chefs only eat meals made at fancy restaurants or whip up their own specialties, but that's not always the case. Sometimes chefs just need something quick and satisfying so they turn to fast food, too.

From, cheesy In-N-Out burgers to healthy vegetarian burrito bowls and spicy tacos, here are 6 of the most underrated fast-food orders that chefs actually eat.

In-N-Out, the famous Southwest burger chain, is a favorite among many food industry experts, including Jessica Randhawa, owner and head chef of The Forked Spoon.

"Easily the most underrated fast food burger is In-N-Out's classic hamburger or cheeseburger," says Randhawa. "With its consistently fresh and high-quality vegetables, the flavors from each topping do not overpower one another, leaving every bite wanting more."

Kevin Templeton, executive chef of Barleymash and consultant for The Smoking Gun and Spill the Beans, is a fan of Del Taco, the fast-food chain that specializes in Mexican dishes. "I like their plain quesadillas, fries, and the Del Taco—an OG on the menu," Templeton says. Templeton shares that the Del Taco, which comes either crunchy or soft, is made up of seasoned beef, fresh house-grated cheddar, shredded lettuce, and diced tomatoes.

Although he's a fan of Del Taco's dishes, he also praises the chain's must-try hot sauce. "My favorite menu item is the Del Scorcho Hot Sauce," Templeton adds, "It's the best hot sauce to ever come in a packet, hands down."6254a4d1642c605c54bf1cab17d50f1e 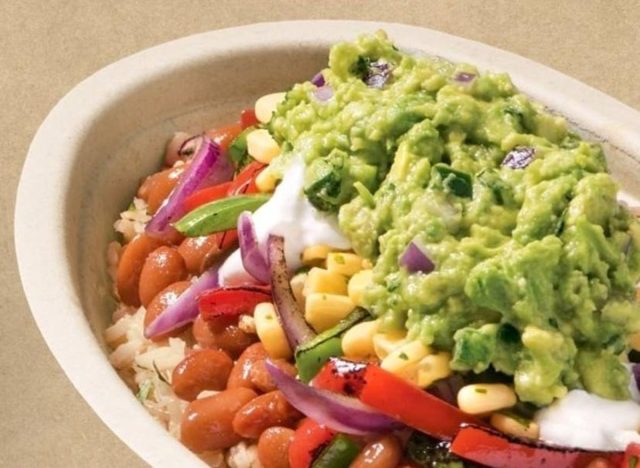 Who can say no to Chipotle? Toni Okamoto, cookbook author and founder of Plant-Based on a Budget, shares that when she is road-tripping or needs fast food after a long day at work Chipotle is her go-to. "It's incredibly vegan-friendly and a good budget-conscious option for the amount of food you get," Okamoto says.

Her usual order is a veggie burrito bowl with a side of two tortillas, extra rice, both black and pinto beans, extra fajitas, pico de gallo, corn salsa, lettuce, and guacamole on the side. "If I'm feeling fancy, I'll also get sofritas," Okamoto adds. "It's easily enough for two meals—and the best thing is that there are no upcharges for the extras I mentioned!"

Whataburger's Honey Butter Chicken Biscuit, the chain's honey-glazed chicken sandwich made with a warm biscuit, is a must-have for Chef Rafael Gonzalez. "It tastes just like how it sounds and hits the spot," Gonzalez mentions. "The first time I tried it was before donating blood," he adds. "They asked me to go back after eating something and Whataburger was the closest fast food."

Gonzalez points out that while Whataburger is open 24 hours a day, this delicious menu item is available from 11 p.m. to 11 a.m. "Perfect for late-night munchies or coating your stomach after a night out," Gonzalez says.

Sometimes you can't go wrong with a tried and true McDonald's classic—chicken nuggets and, of course, a fountain soda. "I'm a sucker for McDonald's chicken nuggets, they've been my favorite since I was a kid," says Diana Manalang, chef and owner of Little Chef, Little Café in NYC. "There's something about them that's addicting," Manalang adds, "Maybe it's the nostalgic flavors or the BBQ sauce, but it is my go-to hangover cure or a 'having a terrible awful no-good day need a pick-me-up' meal."

Manalang shares that while the chicken nuggets are her favorite, she also never leaves the chain without picking up a fountain soda. "Always, always, always a fountain coke," Manalang says, "McDonald's has the best fountain Coca-Cola. Period. End."

Since 1921, White Castle has been whipping up delicious sliders that have made quite an impression on people, including Adam Richman, TV food personality and host of History Channel's "Adam Eats the 80s" and "Modern Marvels."

"The dark horse I think might be the most highly underrated is the double jalapeño cheese slider from White Castle," says Richman. "This burger has enough umami to knock you on your butt and enough heat and spice to cut against the richness," he adds.

Richman shares that when the sliders come out of the oven fresh they melt in your mouth, just like a Krispy Kreme donut. "Do not sleep on the mighty Castle!" he says.