Dunkin's Irish Creme-Flavored Coffee Is Back—But Is It Worth the Hype?

We compared it to other popular Irish creme coffee creamers to crown the healthiest option.

March is just around the corner, which means St. Patrick's Day-themed beverages and treats are frolicking into your favorite cafés and restaurants.  McDonald's has the Shamrock Shake, and, as of this year, the Oreo Shamrock McFlurry, while Dunkin' is celebrating the holiday with the return of its cult favorite: Irish Creme Coffee.

Nutritionally speaking, we're super curious about how this seasonal coffee drink (which you can order hot, iced, or in one of Dunkin's espresso-based beverages, like a latte or cappuccino) compares to its coffee creamer equivalents featuring the same flavor.

So, we did the dirty work and analyzed how Dunkin's Irish creme compares to other popular competitors so you can make a healthier decision on the luckiest day of the year. 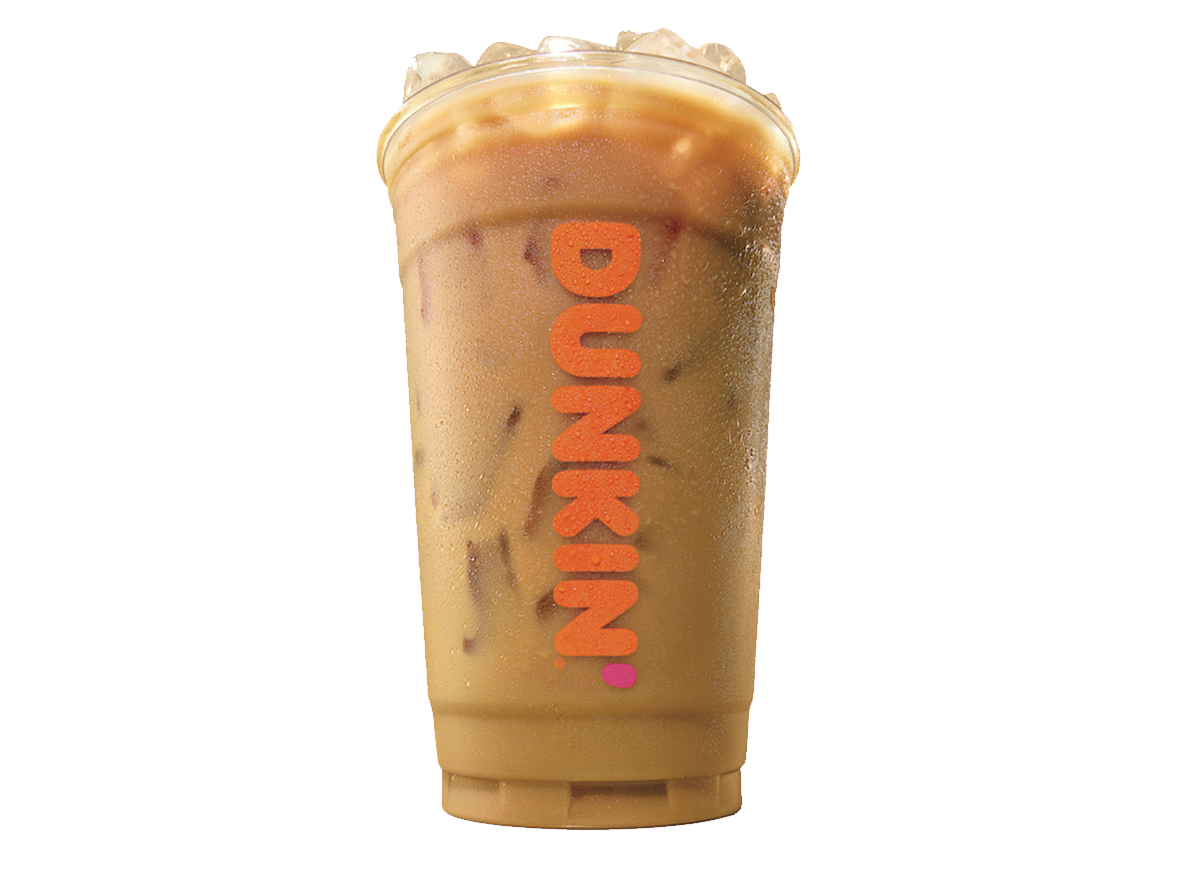 While the calories in this drink are not alarming, the sugar content definitely is: Of the 24 grams of sugar in the small beverage, 22 grams are added sugars. For context, the American Heart Association recommends that women limit their consumption of added sugars to just 6 teaspoons, or 25 grams, per day. For men, AHA suggests limiting consumption to 9 teaspoons or 36 grams. So, if an adult woman orders the Irish Creme coffee from Dunkin', it will cost her almost her entire day's worth of added sugars.

Let's see how the other creamers stack up: 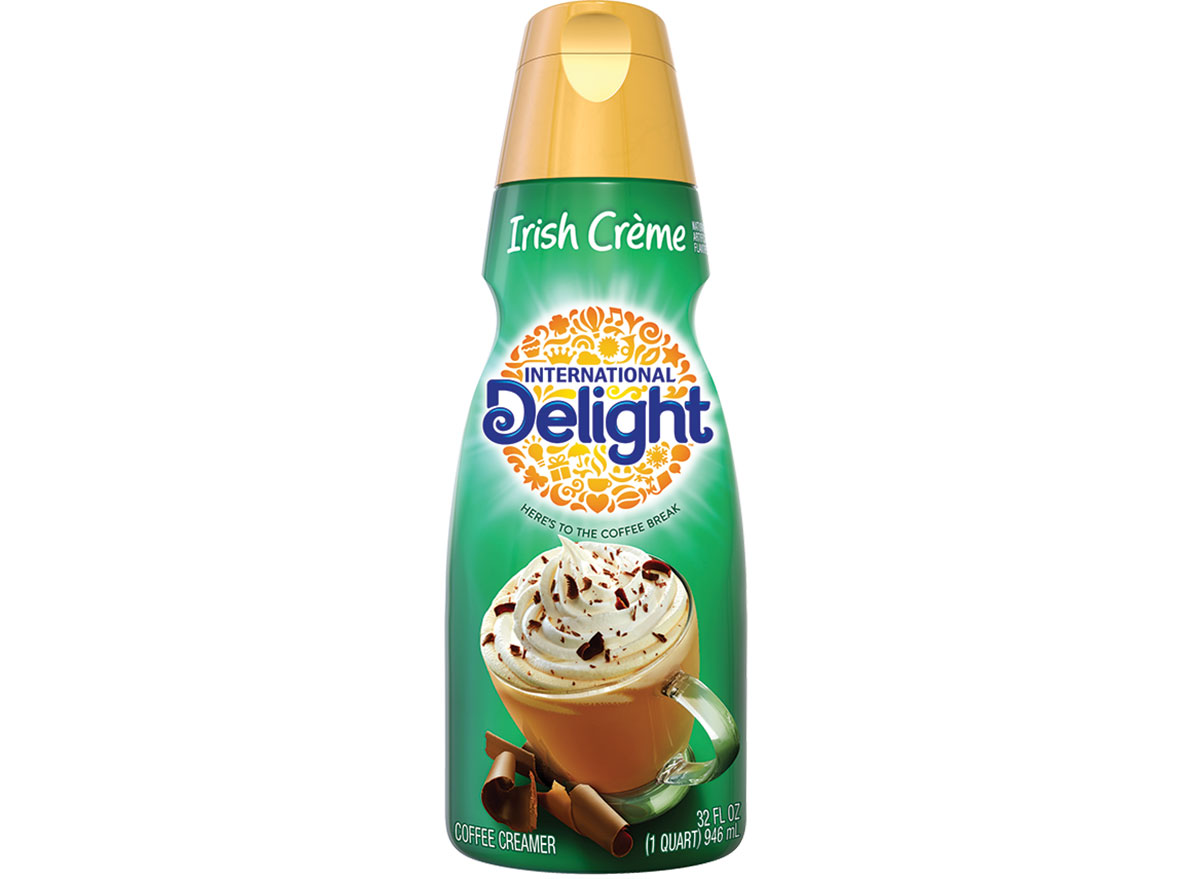 Important question here: How much creamer do you normally pour into your cup of coffee? Because if you stick to the serving size, you consume significantly less sugar with this pick. Of the 5 grams of sugar in International Delight Irish Crème coffee creamer, only 0.5 grams are added sugars. However, you'll notice this creamer has a little bit of fat in it, unlike the Dunkin' beverage. That's largely due to the third ingredient in the creamer, palm oil, which is primarily made of saturated fats.

RELATED: The Best Coffee Creamer to Match Your Zodiac Sign, According to an Astrologer. 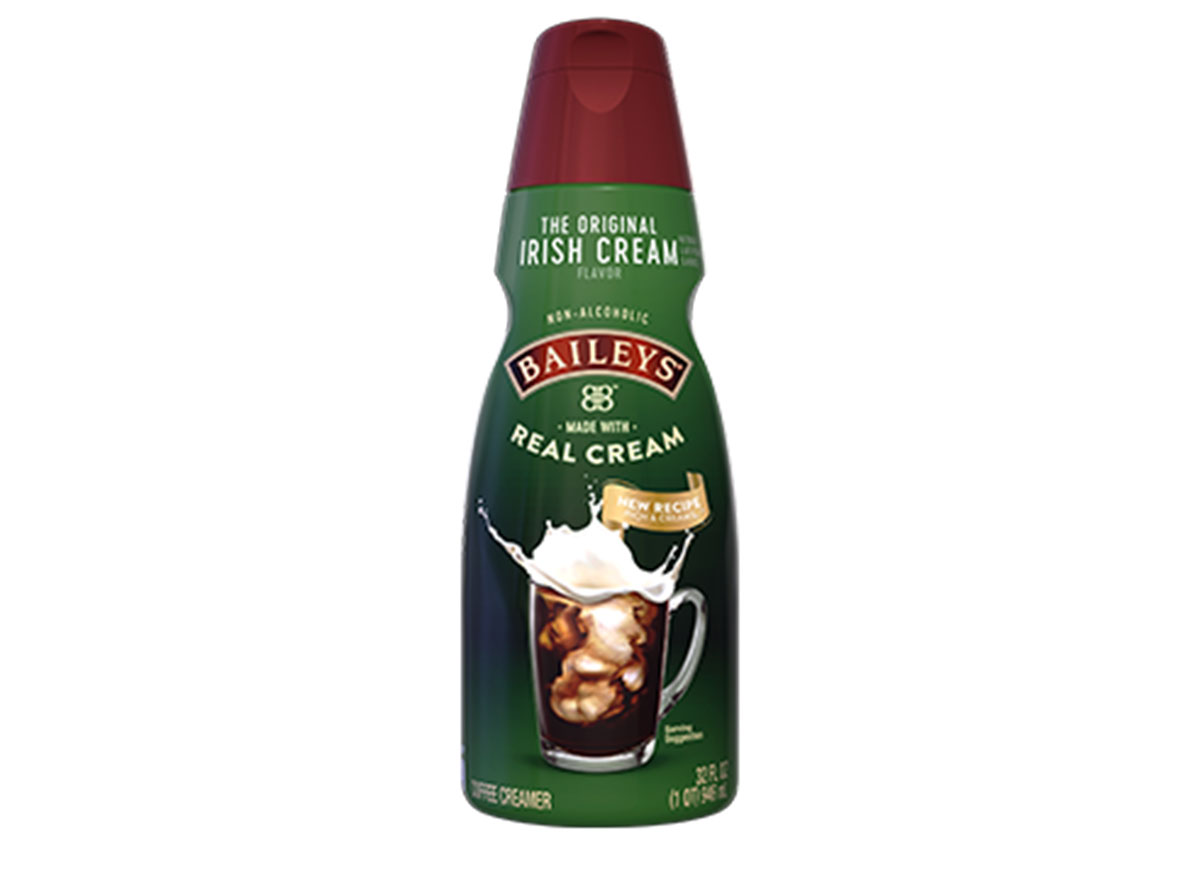 As you can see, Bailey's Non-Alcoholic Irish Cream coffee creamer is nearly identical in nutrition to that of International Delight's, except for one thing: The added sugar content is much higher. A whopping five of the 6 grams of sugar in just one tablespoon of this creamer are added. Let's say you like double the serving in your morning cup of coffee—that's 10 grams of added sugar, which is nearly half of a woman's daily allowance, and one-third of a man's, all before lunch. 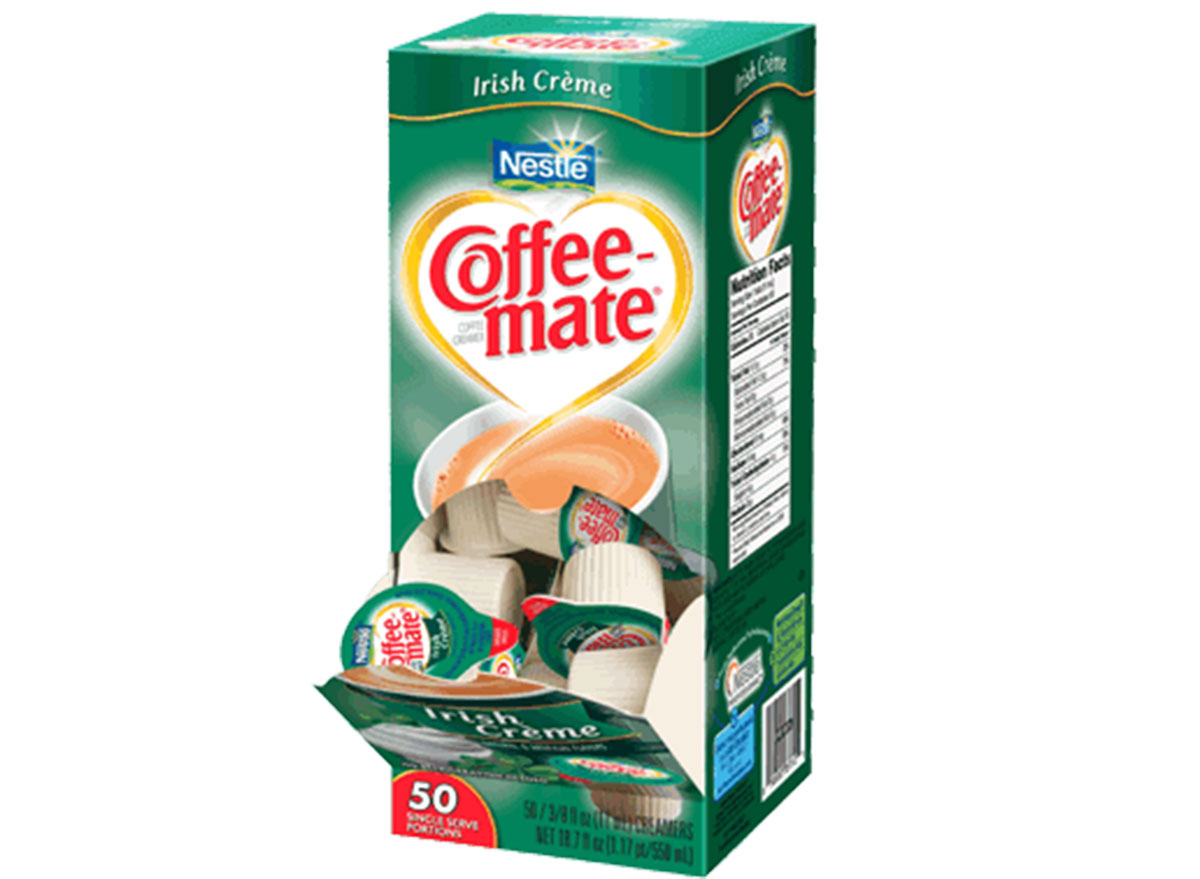 Notice that all of the fat that's in a single tub of Coffee Mate's Irish Crème is saturated. This is because the creamer includes coconut oil, which is predominantly made of saturated fats. 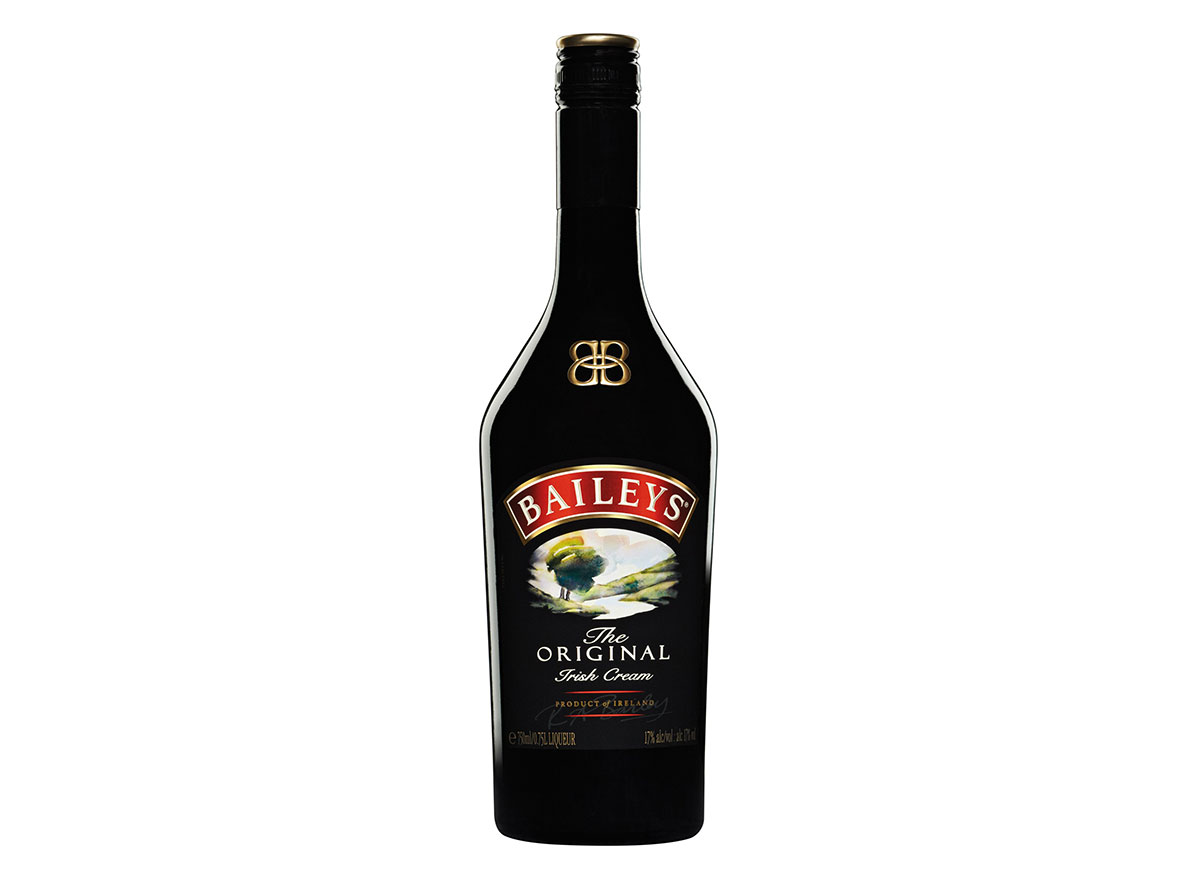 Now for the real (alcoholic) thing. St. Patrick's Day may not be complete for you without spiking your coffee with this special liqueur, however, it will cost you quite a bit of calories as well as fat and sugar. Interestingly enough, Bailey's liqueur still contains less sugar than a small coffee at Dunkin', despite the fact that it contains alcohol. Now, the fat content in this creamer is considerably higher than it is in others, and that's simply because it contains 50 percent cream (and milk protein) from dairy milk.

Based on all of the above, one option sticks out as the clear winner if you've just gotta have that Irish creme flavor in your coffee: International Delight Irish Creme. With less than one gram of added sugar per one tablespoon, it's truly hard to beat.