You’re not dreaming it — your household basics are getting smaller.

With rising prices for basic goods and shortages of essentials making it harder to afford your everyday purchases, there's yet another covert way you're paying more for the same items in the grocery store. It's called "shrinkflation," which, according to consumer expert Edgar Dworsky's blog mouseprint.org, is when products "have shrunken in size as a sneaky way for manufacturers to pass on a hidden price increase."

Sumit Vakil, Chief Product Officer and co-founder of supply chain risk management company Resilinc, says that the practice of shrinkflation is becoming more common across the market. "Everywhere we are seeing businesses, and ultimately consumers, paying more for goods or getting less; especially for anything in short supply and high demand…Some companies are implementing supply chain surcharges in the form of an additional 'hidden' layered fee on top of other costs, or a flat-out price increase."

Additionally, he says that "there may not be a price increase, but the package sizing or quantity is smaller. You may have noticed this with food products in particular: cereal, pasta, snacks, etc. Even the little cups that you pump ketchup into at your local fast food restaurant are now smaller."

Depending on the company's approach, you may not be aware that the box of pasta you buy every week is getting smaller. Vakil says, "Some are more stealth about it and others are going to come right out and say it."

But no matter how concealed the price hike, consumers are certainly noticing. There's an entire subreddit dedicated to recognizing when products have been zapped by the shrink ray. This community, along with Dworsky, keeps track of items where consumers are being shortchanged. And here are six of the most pervasive "shrinkflation" offenders.

Back in November 2021, General Mills' family-size cereal boxes suffered a 1.2-ounce loss…and now Cocoa Pebbles and Quaker Life have followed suit. In June, Dworsky wrote that a box of Cocoa Puffs had "about a bowl" less cereal, and Life dropped 2.5 ounces. On that note, you may consider putting a few new easy and healthy breakfast ideas into your rotation.

Adding to the financial challenges that parents are facing lately, the count on these baby necessities is now being slimmed down, according to Redditors. A few of the victims: Snug & Dry, Little Snugglers, and Little Movers. The Snug & Dry used to offer 100 diapers, but new boxes with similar branding showed a 12% cutback. Reddit user u/RapMastaC1 commented about the packaging, "They know exactly what they're doing, making the qty smaller hoping people will just buy based on the box looking the same."

A particularly devious bait-and-switch: the newest edition of Folgers Classic Roast Instant Coffee comes in a 9.6-ounce container, nearly two ounces lighter than last month's, according to a Reddit post. The two packages are identical, both even claiming to make the same amount of coffee, which most commenters conclude seems unlikely: "They are getting more out of each bean now. If you believe them."6254a4d1642c605c54bf1cab17d50f1e 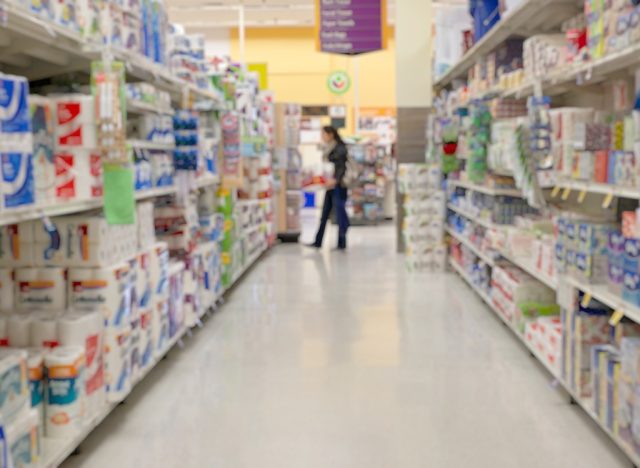 Paper towels, toilet paper, and tissues are frequently decreased in size, removing a small number of sheets without tipping off most customers. For example, according to Dworsky, Kleenex recently cut back five sheets for every Ultra Soft tissue box, and Sparkle reduced its paper towel roll by six sheets.

It may not seem like a lot, but the missing few become more noticeable over time, especially with the cycles of downsizing year after year. Charmin Super Mega Toilet Paper now has only 366 sheets, even though it had 396 earlier this year. For reference of how the typical toilet paper roll has changed over the decades, Dworsky wrote, "Keep in mind the original single-ply Charmin of the 1960s had 650 sheets on a roll."

Angel Soft suffered an even worse blow, with the Mega Roll going from 425 to 320 sheets per roll – while prices stayed the same.

Dworsky also took note of the newest packaging for Arm & Hammer detergent, which claims that 67.5 ounces can clean the same 50 loads of laundry as the previous jug of 75 ounces. It's difficult to understand how this could be the case. Perhaps we were using too much detergent in the first place?

The "bonus size" package of Pedigree Grilled Steak & Vegetable Flavor dog food shrank, Dworksy found, from 50 pounds to just 44. Even more bold of the company – including branding that says that the smaller bag comes with an additional 1-lb free compared to the larger bag. It's not a deal, it's just shrinkflation.

Sarah Wong
Sarah studied at Northwestern University, where she received a bachelor’s degree in computer science and experimented with mixing tech and journalism. Read more about Sarah
Filed Under
Groceries // Grocery Shopping // News