A federal judge has ruled in this fascinating, ongoing scandal. A Subway insider responds.

This week was a big one for Subway, if you've been following this year's continuous controversy over the quality of their tuna. The world's biggest fast-food chain, with nearly 40,000 locations worldwide, just saw a significant win in a California federal court… but, as an attorney and a Subway contact explain, this case may not be over.

Keep reading to get up to speed on Subway's tuna victory this week, and check out another huge update that closed the week: Adele's 100-pound weight loss secrets from her first interview in five years, as she graces the cover of Vogue.

In January 2021, two Subway customers filed a lawsuit in the U.S. District Court for the Northern District of California. As Law360 reported this past Thursday, the customers stated they believed they were buying products that contained sustainably farmed skipjack and yellowfin tuna. However, after a reported lab analysis, they alleged that Subway's tuna blend is made of ingredients "that do not constitute tuna."

At the time of the January filing, a representative for Subway responded to the claims by calling the lawsuit a "reckless attack" on the sandwich chain.

(Following a separate lab analysis of Subway's tuna for the New York Times, fish experts gleaned possible explanations for what Subway tuna is really made of.)

This week, a judge decided.

The judge added that he was "suspicious," and that the complaint "'definitely doesn't identify the specific representation that Subway made.'"

Gina R. Vrobel, Esq., practices civil litigation and business law in Pennsylvania. Vrobel explains that based on this report, it seems legal representatives for Subway filed a preliminary objection against the plaintiffs' January claims. "Preliminary objections are the causeway with which you can have a complaint dismissed for a lack of various pleading requirements," Vrobel explains.

She adds that based on what the judge stated, he may have seen the plaintiffs' complaint as lacking "factual averments," or actual, justifiable reason demonstrated as required by the law for the plaintiffs to have filed their complaint.

RELATED: McDonald's, Subway, and More Are Expected to Be Investigated By the FTC

But, this may not be over… 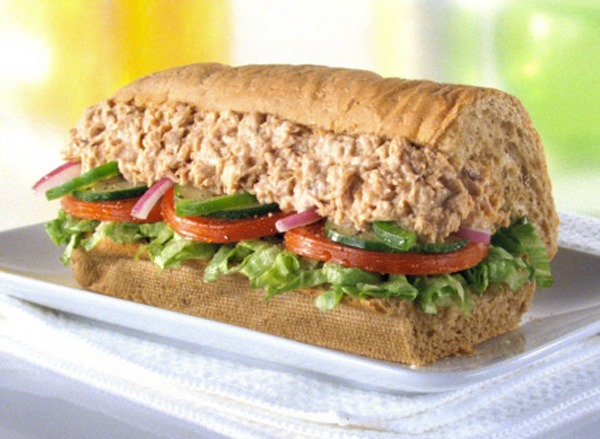 Vrobel says the plaintiffs' attorneys may "simply draft a new complaint to include the factual averments of reasonable reliance and attempt to have the litigation certified as a class action, as long as the previous case was not dismissed with prejudice." (According to our sources, it does not seem the case was dismissed with prejudice. However, confirmation of that is unclear.)

RELATED: 7 Fast-Food Chains That Are On a Quiet Decline

A Subway insider has commented.

On that note, a Subway contact responded via text to Eat This, Not That!, summing up their understanding of the judge's ruling this week (and echoing Vrobel's analysis). They said their understanding was that the case had been dismissed on technical grounds because the plaintiffs did not disclose what statements they relied on when purchasing their tuna… but that they, too, understood that the case could be back on if the plaintiff's attorney amends the original complaint.6254a4d1642c605c54bf1cab17d50f1e

Will you still order Subway's tuna?

We're curious to learn how this might affect your Subway buying patterns. If you were a fan of Subway's tuna, will you still eat it—or, will you still go to Subway at all?

Email [email protected] with your take.

Get more of the latest food news here:

Krissy Gasbarre
Krissy is a senior news editor at Eat This, Not That!, managing morning and weekend news related to nutrition, wellness, restaurants and groceries (with a focus on beverages), and more. Read more about Krissy
Filed Under
Fast Food // food safety // News // Restaurant Chains // Restaurants // Subway // Subway Restaurant