This Is the World's Shocking #1 Favorite Pizza Topping

Pepperoni has been dethroned!

Because they're such a hotly debated topic, we could write about pizza toppings every single day. When a video from a Minnesota-based pie shop went viral, we reported on the intriguing new trend of adding pickle slices to pizza. This year, we also learned that Americans—especially older ones—absolutely detest anchovies on their pie. Like the rest of the country, we also crave pepperoni—plain and simple. (RELATED: 7 New Fast-Food Chicken Sandwiches Everyone's Talking About.)

But when it comes to global preferences, pepperoni no longer claims the top spot. In the latest pizza survey of note, Technomic polled thousands of consumers across 25 countries to determine the world's favorite toppings, according to Restaurant Business. Take a look at their interesting findings.

Two proteins—chicken and ham—tied for first place as the choice of 53% of participants. Make it at home: Healthy Barbecue Chicken Pizza Recipe 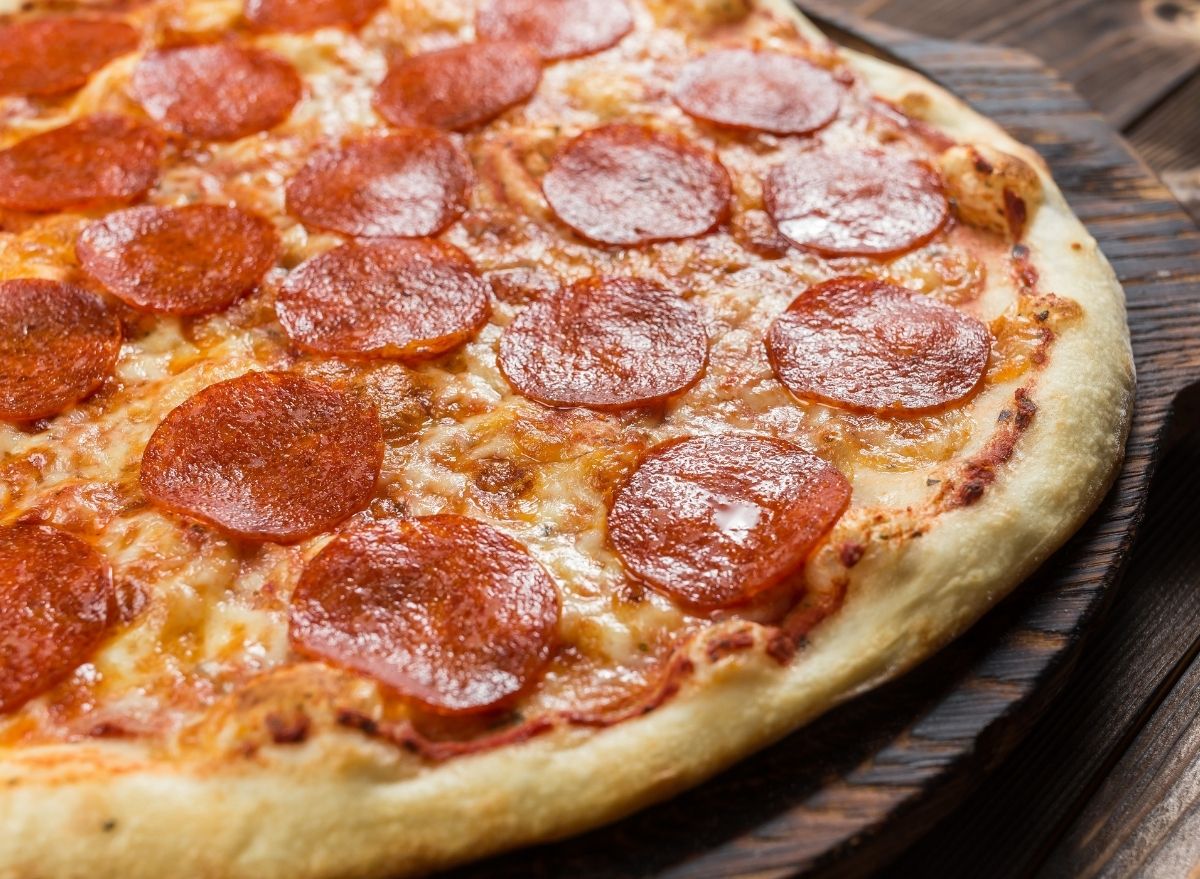 Second place went to pepperoni with 43% of consumers preferring this spicy topping.

Bacon was not far behind at 41%. Try this Bacon Pizza With Caramelized Onions and Goat Cheese Recipe.

RELATED: Why Do Americans Put Pepperoni on Pizza?

There were even more revelations about what pizza eaters around the world like to put on their pie, which may not jive with American tastes so much. Apparently, shrimp and tuna tied as the favorites of 29% of respondents.

RELATED: Underrated Pizza Toppings You're Going to Want to Try

For more of the latest news in the world of fast-food pizza, check out the 6 Most Expensive Pizzas at Popular Fast-Food Chains and We Tried the Most Popular New Fast-Food Pizzas and This Is the Best One. And don't forget to sign up for our newsletter to get the top restaurant news delivered straight to your inbox.