The #1 Worst Noodle Dish to Order at P.F. Chang's

This least-healthy option at the Chinese bistro may surprise you.

P.F. Chang's was one of the first restaurants to introduce the lettuce wrap concept. Pretty brilliant, right? That was back in the 1990s, and today, with over 200 locations nationwide and P.F. Chang's To Go locations opening as we move past the pandemic, we've examined the Chinese bistro's menu. Whether you order P.F. Chang's takeout or grab one of their P.F. Chang's Home Menu items from the supermarket freezer, there are a few things you should know.

Keep reading to learn the #1 worst dish to order at P.F. Chang's—and if you're pondering dessert, don't miss The #1 Worst Blizzard to Order at Dairy Queen.

Right up front: The large majority of P.F. Chang's dishes are loaded with sodium. The U.S. Food and Drug Administration (FDA) recommends a maximum of 2,300 milligrams of sodium per day, though they note that many of us get about 50% more than that, on average. A review of P.F. Chang's menu makes clear that many of the choices go well beyond the 2,300 milligrams of sodium mark.

Also, read 25 Foods High in Sodium You Should Watch Out For.

Here's why sodium is an issue for your diet.

The FDA says: "Sodium attracts water, and a high-sodium diet draws water into the bloodstream, which can increase the volume of blood and subsequently your blood pressure … [which] makes the heart work too hard, and the high force of the blood flow can harm arteries and organs (such as the heart, kidneys, brain, and eyes). Uncontrolled high blood pressure can raise the risk of heart attack, heart failure, stroke, kidney disease, and blindness."

Since many of P.F. Chang's menu items are loaded with sodium, we let that nutrition fact be our biggest guide in determining which P.F. Chang's dish is unhealthiest.

And, it may surprise you.

You think miso, you think light and healthy, right? Not in this case. P.F. Chang's Spicy Miso Ramen Soup packs more sodium than any other item on the menu. Just how much? A salty 4,210 milligrams. Just thinking about that might make you thirsty.

There are two other red flags with P.F. Chang's Spicy Miso Ramen (which is only represented with this photo): You might not expect a soup dish to come with 22 grams of fat, but this one does. (The good news is that just three grams are saturated fat, which is important to understand.) Plus, at 106 grams of carbohydrates, the Spicy Miso Ramen at P.F. Chang's might sound like a great comfort food dish, but its effects would suggest this is not a healthy choice. (If you're craving some comfort, check out what we found is the best chicken noodle soup.)

Another dish to avoid…

Another glaring no-no on P.F. Chang's menu is the Korean Bulgogi Steak (again, represented here), with its 1,370 calories, 58 fat grams (which is the full daily fat value for some folks), 3,740 milligrams of sodium, and 121 grams of carbs.

RELATED: This Beloved Steakburger Chain Is Expanding to 33 States This Year

And finally, the lettuce wraps? 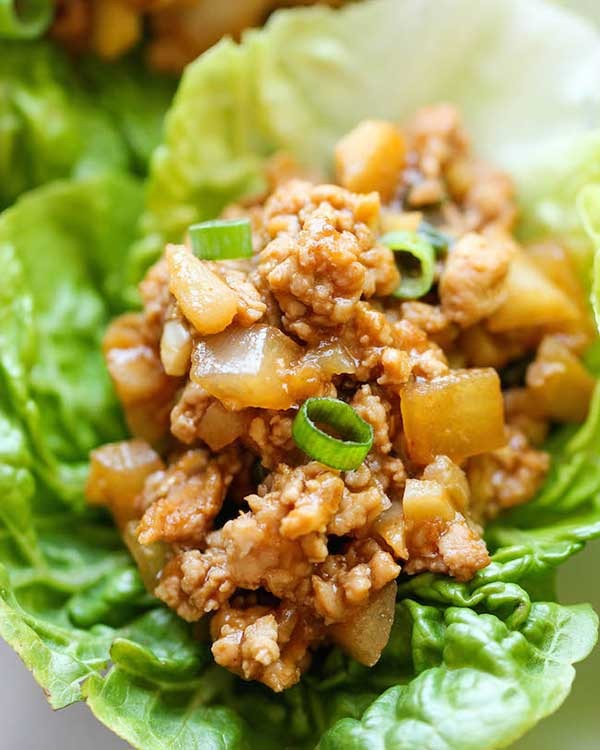 The chicken lettuce wraps come packed with 38 grams of protein (and we're lettuce fans for several reasons), but the other nutrition facts on the lettuce wraps just might give you pause: P.F. Chang's Chicken Lettuce Wraps are another sodium swamp, with 1,830 milligrams. Plus, this app that we might think of as low-carb-friendly isn't exactly light: It's got 27 grams of fat (six grams saturated), and 77 grams of carbs! 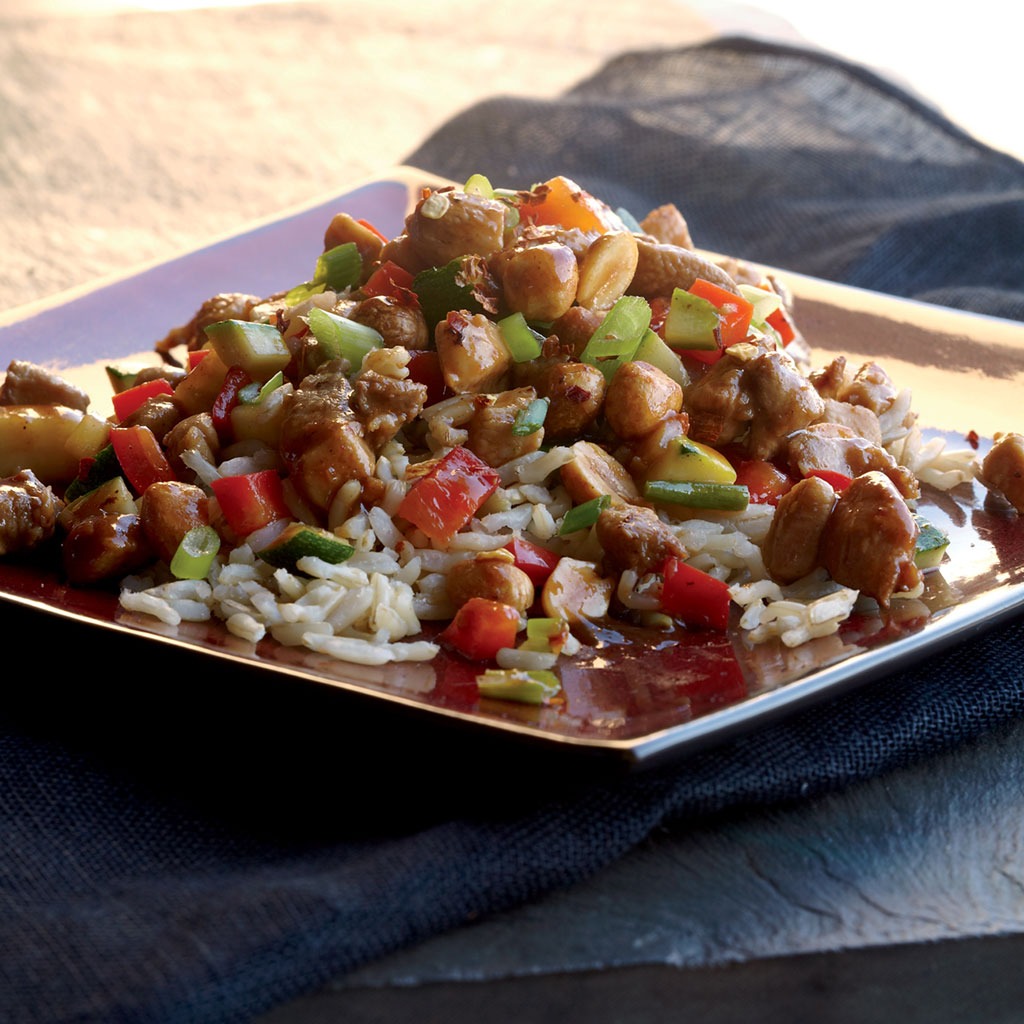 Both from the restaurant or from the grocery store's freezer section, P.F. Chang's Kung Pao Chicken is a little more reasonable for your health. The P.F. Chang's restaurant menu reveals that this dish has 550 calories, 33 grams of fat, 960 milligrams of sodium, 27 grams of carbohydrates, and 39 grams of protein. It's important to note that with 17 grams of sugar, we're not saying this dish is ideal… but a little research before you eat P.F. Chang's can help you make a wise option when dinner is served.

Sign up for the Eat This, Not That! newsletter for restaurant and nutrition news, and check out The #1 Worst Breakfast to Order at McDonald's.

Krissy Gasbarre
Krissy is a senior news editor at Eat This, Not That!, managing morning and weekend news related to nutrition, wellness, restaurants and groceries (with a focus on beverages), and more. Read more
Filed Under
Body Health // Fast Food // News // Restaurant Chains // Restaurants // Sodium