These are the salads and baked goods we miss the most.

If you're a loyal Panera customer, you probably have a favorite menu item at the chain. From the cinnamon crunch bagels to the loaded mac and cheese, Panera has plenty of delicious options to choose from, and they're always adding more to the menu. But that also means that there will inevitably be some fan-favorites that are discontinued.

Here are some of the beloved foods you'll never see at Panera again, as much as it breaks our hearts to remember them. And in happier news, Panera Is Handing Out Free Coffee All Summer Long.

Panera's current brownie recipe isn't bad—but it's a far cry from the frosting-covered brownies the chain served in the early 2000s. There was just something special about a layer of frosting that was almost as thick as the treat itself. 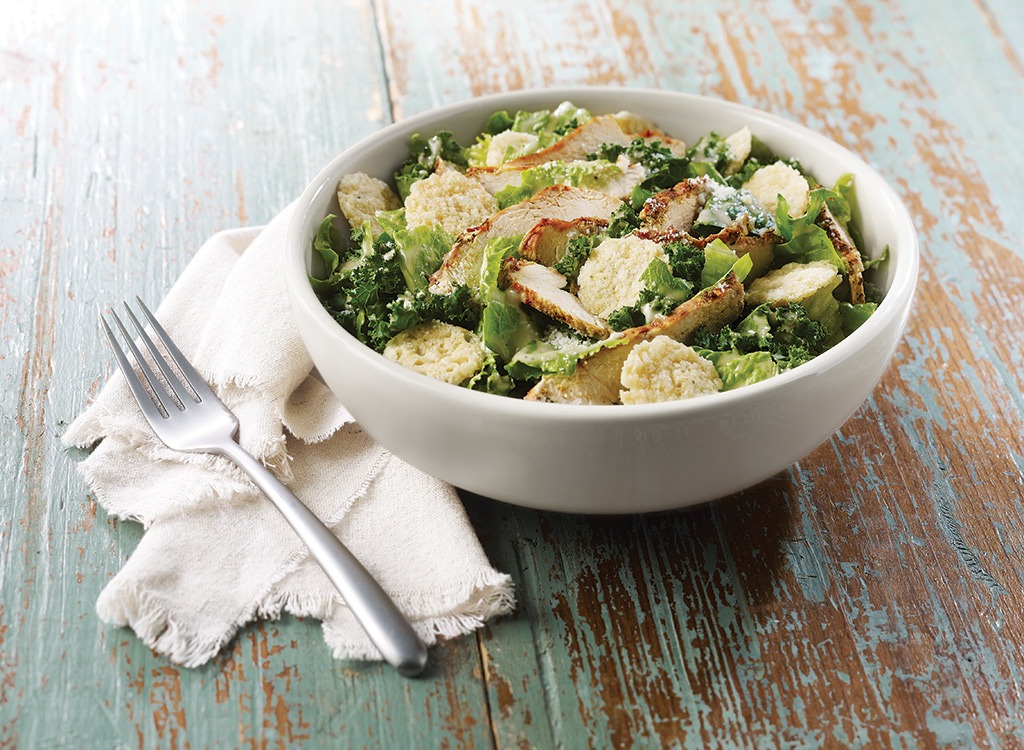 Panera still has a regular Caesar salad on the menu, but fans might also remember the Power Kale Caesar Salad. And while it was nutrient-packed from the fresh vegetables, the best part of that salad was the Parmesan crisps. Sadly, you can no longer order this salad or add Parmesan crisps to other Panera salads.

Crinkle cookies are easy to make at home, but they're even easier to buy at Panera. At least, they were, until this red velvet treat was taken off the Panera menu.

Sure, Panera still has plenty of other sandwich offerings. But this panini had a special place in fans' hearts, making its way onto a "discontinued Panera favorites" Reddit thread. Made with pork, mozzarella cheese, caramelized onions, and a spicy green sauce, this Cuban-style sandwich was a fan-favorite.

Another "power salad" that's no longer at Panera is the spinach power salad. While you can rebuild it with most of the vegetables and toppings that are still at Panera, as one Reddit user pointed out, this salad came with onion dressing, which Panera no longer has.

Panera has plenty of sweet bagels and cream cheese offerings, like honey walnut and strawberry options. But the only savory cream cheese is the chive and onion option. What happened to the sundried tomato version?

While these options are gone forever, there are still plenty of great eats at Panera. Not sure where to start? Here are the 10 Best & Worst Menu Items At Panera.